Accessibility links
For Israeli-Born Chef, Hummus And 'Tehina' Are A Bridge To Home : The Salt Chef Michael Solomonov sees his mission as connecting people to the food of his homeland. "That, to me, is my life's work," he says. Solomonov's new cookbook is Zahav: A World of Israeli Cooking. 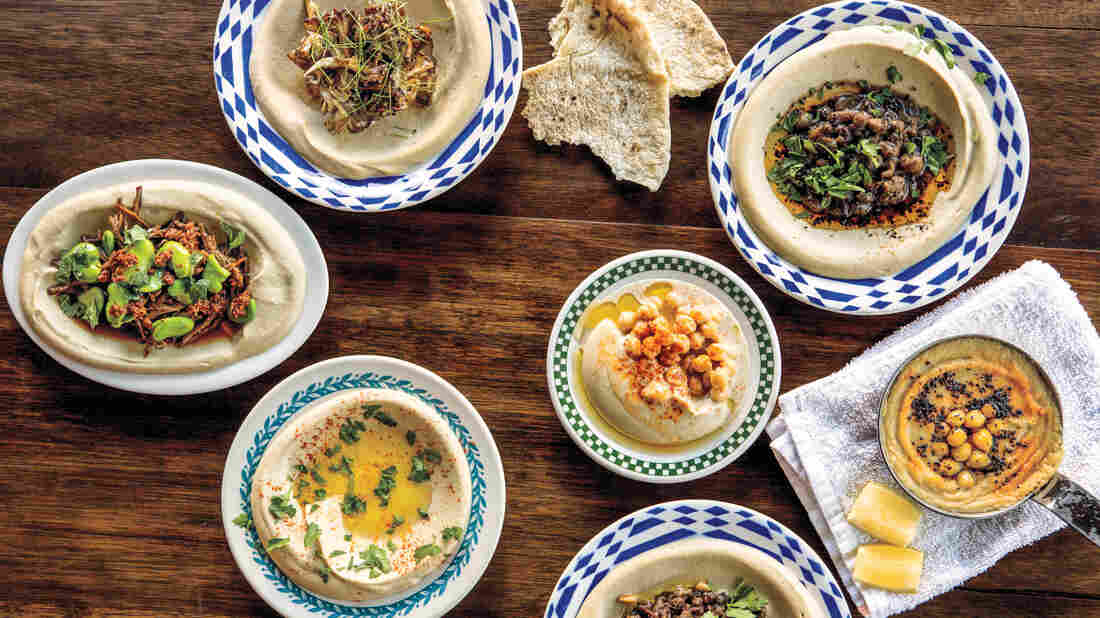 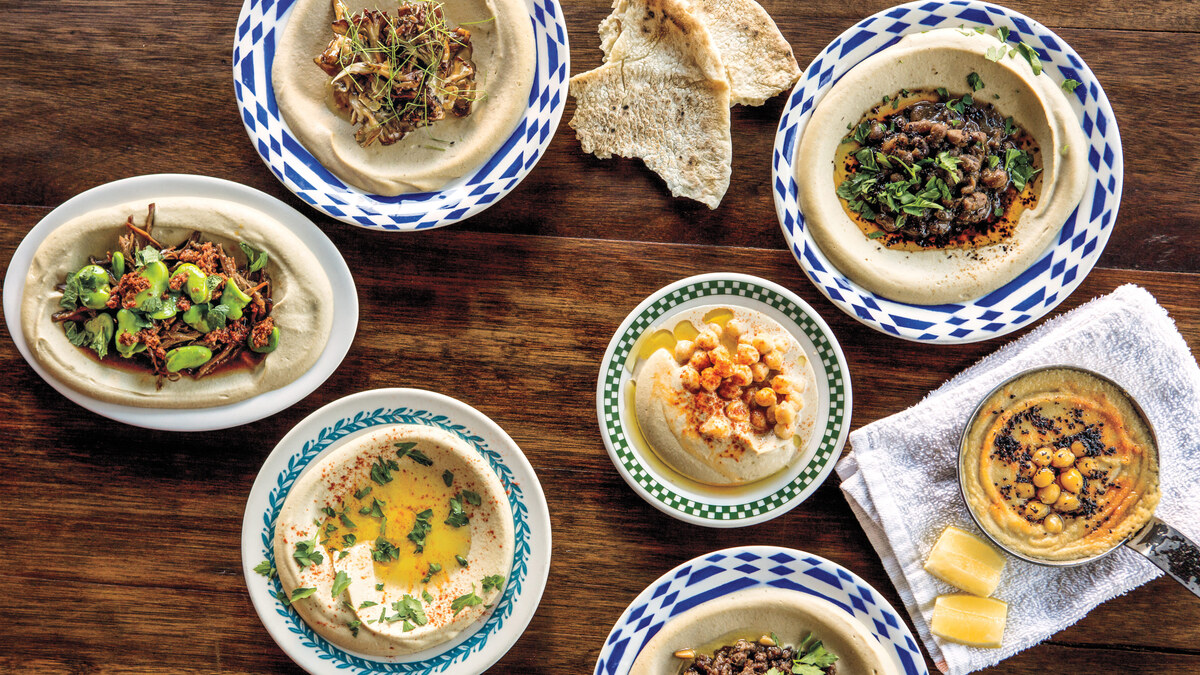 Michael Solomonov describes Israeli-style hummus as "a marriage of chickpeas and tehina."

Michael Solomonov has built a reputation for his unique take on the cuisine of Israel. He's won a James Beard Award for Best Chef for his restaurants in Philadelphia.

But he says awards aren't what inspire him to keep cooking. 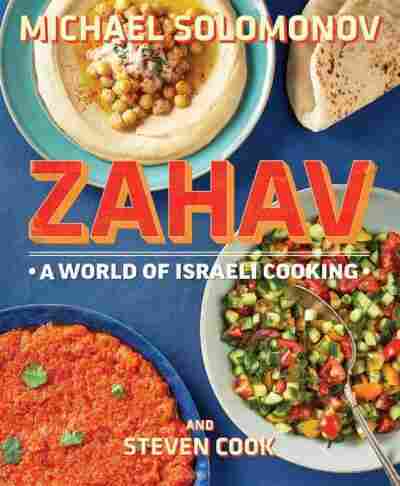 A World of Israeli Cooking

by Michael Solomonov and Steven Cook

"It's the pots of rice," he tells Fresh Air's Dave Davies. "It's the savory pastries that my grandmother made that if I can close my eyes right now I can still taste."

Solomonov grew up mostly in the U.S., but was born in Israel and still has strong family ties to the Middle East. His younger brother was killed while serving in the Israeli military, and Solomonov sees cooking as a way to honor his brother's memory.

In 2008, Solomonov opened his first restaurant, Zahav, in Philadelphia. The restaurant, which takes its name from the Hebrew word for gold, specializes in kosher-style Israeli food. Solomonov has since opened up several more restaurants in Philadelphia, and also just published a cookbook, Zahav: A World of Israeli Cooking.

Solomonov sees his mission as connecting people to the food of his homeland. His specialties include Israeli-style hummus and tehina, a sesame paste also known as tahini. "Tehina is sort of the Israeli mother sauce," Solomonov says. "On the first day, God created tehina."

Jokes aside, Solomonov says: "People take food very seriously and it's very dear to their heart. For a lot of [Israelis] they haven't been back home in a long time, and this is our way to take them back home, to transport them momentarily." 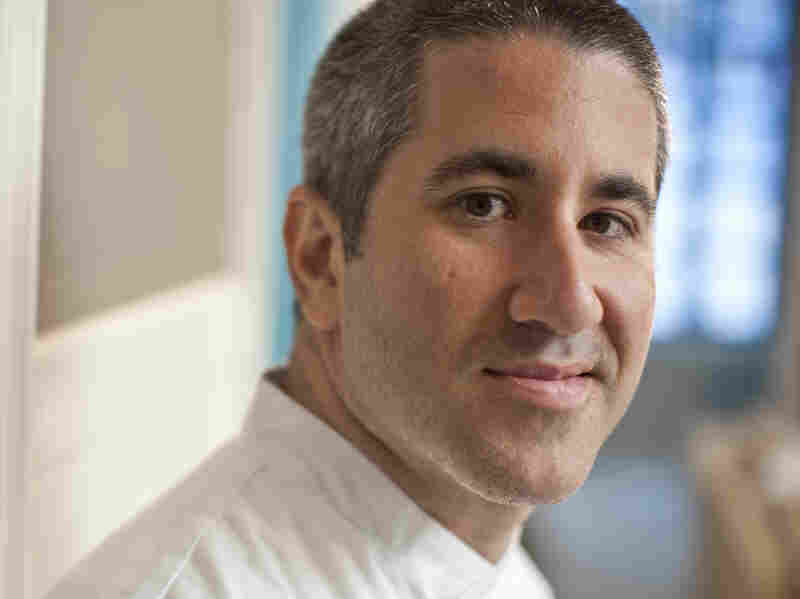 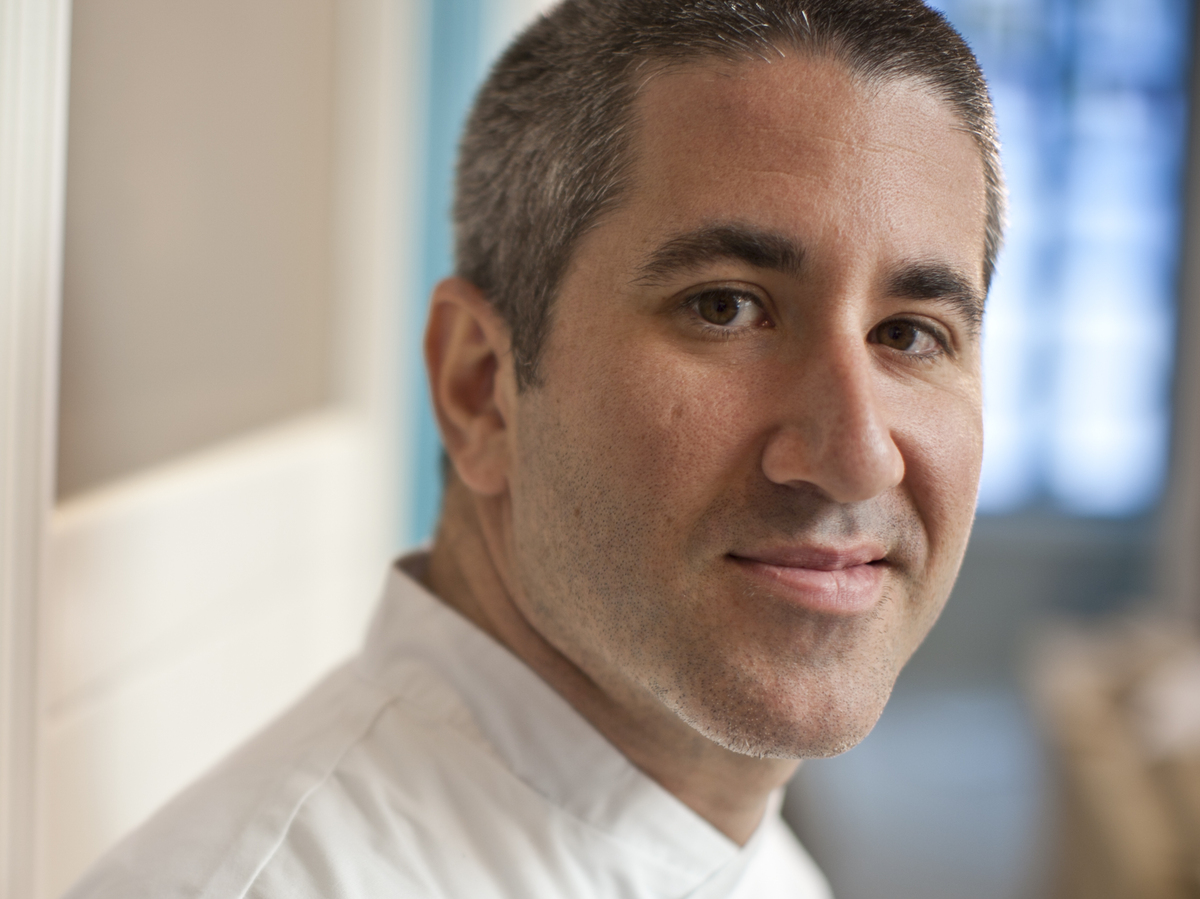 Chef Michael Solomonov was born in Israel and raised in Pittsburgh.

We had such a hard opening. 2008 was not an easy year I think anywhere to [open] a small business, certainly an Israeli restaurant. ... Nobody knew what Israeli anything was. ... The economy was tanking. The Phillies were in the World Series, which is great for Philly, not great if you're a new restaurant. And Obama was being elected basically, and nobody was coming out and I was struggling with addiction and had to have an intervention and go to rehab. ... [Business partner] Steve [Cook] and I were completely in the weeds; we didn't take paychecks for a very long time, and if we did it was minimal and it took about a year or so to get back to being healthy. ...

It's a lot of work, and you don't do it for that long if you don't love it and you don't think it's important. We're not necessarily saving the world, but there are 200 people every single night that we change, that we create this special environment for, for a few hours, and that, to me, is my life's work.

We say that we're kosher-style: We don't serve milk and meat on a plate together, and we don't serve shellfish or pork, and the reason we did that was it would help identify what Israeli food was — that was a big thing. I eat treif [non-kosher food], I love it, it's delicious ... think bacon, mostly. Even though people in Israel eat treif and people mix milk and meat and all that, it's just culturally it doesn't happen quite as often. So when you are serving, for example, steak, here in the U.S. you might put compound butter on it ... particularly lamb, right? Lamb and yogurt. [That's] huge in the Middle East, huge in the Mediterranean. In Israel ... sesame paste would be substituted for that, and we found that to be very relevant. Milk and meat is delicious; in Israel it's served much less, and I feel like it helps give a profile to the food. If we're roasting lamb legs and serving tzatziki with it, it's delicious, it's fine — you could definitely find it in some places in Israel, but then it's just Turkish or it's Greek, and we really wanted to define Israeli food.

What we do is we get a tehina paste, a sesame puree. The seeds come from Ethiopia, they are processed in Nazareth, in Israel, and then they're shipped here, and then what we do is take a mixture of lemon and garlic and a little bit of ice water and salt and cumin, and we make this sort of aerated mother sauce, this savory sauce that you can add to chickpeas to make hummus or you can just simply put on grilled meat as a sauce. It's fantastic.

On the culinary problems tehina solves

You can use it to enrich sauces, which I find to be very good. I think that a little bit of tehina to glaze vegetables is fantastic. Coming from a sort of French or Italian background, you use dairy to help bind, to help enrich, to help emulsify, which is great. I mean, I love it, I think it's really good, just not for Israeli food. The tehina is what does that. So we do a sort of a riff on the green bean casserole that you make for Thanksgiving, that has got the soup mix that you, like, dump in, like cream of mushroom soup or whatever — we saute cremini mushrooms and we lightly blanch haricots verts, and then we dress them with tehina to give it a richness, to give it implied dairy, when in fact it's just the sesame butter. It's a bit healthy and it's definitely a little bit more interesting, and you don't have to open a can of soup for it.

On how hummus is personal and provincial

It's still sort of the most challenging thing. There's no tricks and there's no bells and whistles to hummus; it's got to be just made right. There's very few ingredients, and the way people are superpossessive and provincial and weird about things like burgers or pizza or barbecue, hummus is one of those things that people, if you don't get right, they just freak out. ... I work at the pass where the bread station is, and I'm totally visible to the dining room and there are times where if we don't get something right that is so personal to somebody, they will literally come over to the pass and tell me that I'm doing it wrong.

I just feel like there's a huge difference between the store-bought stuff and the stuff that we make, and our book takes you through it step by step, and it's a very simple process, so I would encourage people to make it themselves at home.

We make our hummus and we serve it. I think that temperature is a really big thing, and I think a lot of people are used to cold dips, but the truth is all the nuances and the richness that you get and the robustness from the chickpeas and the butteryness of the tehina, all that is sort of pronounced when it's at room temperature.

This simple sauce is one of my basic building blocks and is so versatile that once you master it, there are a million things you can do with it. The important step here is to allow the garlic and lemon juice to hang out for 10 minutes after blending but before adding the jarred tehina. This step helps stabilize the garlic and prevents it from fermenting and turning sour and aggressive, which is the problem with a lot of tehina sauces (and therefore the hummus made from them).

Because you're making an emulsion (oil-based tehina incorporated into water and lemon juice), the tehina sauce can sometimes separate or seize up. Don't panic! Keep a glass of ice water nearby and add a few tablespoons at a time to the lemon juice-tehina mixture while you're whisking, until your creamy emulsion returns.

Break up the head of garlic with your hands, letting the unpeeled cloves fall into a blender. Add the lemon juice and ½ teaspoon of the salt. Blend on high for a few seconds until you have a coarse puree. Let the mixture stand for 10 minutes to let the garlic mellow.

Pour the mixture through a fine-mesh strainer set over a large mixing bowl, pressing on the solids to extract as much liquid as possible. Discard the solids. Add the tehina to the strained lemon juice in the bowl, along with the cumin and 1 teaspoon of the salt.

Whisk the mixture together until smooth (or use a food processor), adding ice water, a few tablespoons at a time, to thin it out. The sauce will lighten in color as you whisk. When the tehina seizes up or tightens, keep adding ice water, bit by bit (about 1 ½ cups in total), whisking energetically until you have a perfectly smooth, creamy, thick sauce.

Taste and add up to 1 ½ teaspoons more salt and cumin if you like. If you're not using the sauce immediately, whisk in a few extra tablespoons of ice water to loosen it before refrigerating. The tehina sauce will keep a week refrigerated, or it can be frozen for up to a month.

By now, you'll not be surprised to learn that the secret to great Israeli-style hummus is an obscene amount of tehina, as much as half of the recipe by weight, so it's especially important to use the best quality you can find. Unlike Greek-style hummus, which is heavy on garlic and lemon, Israeli hummus is about the marriage of chickpeas and tehina. In fact, there are no other ingredients, just a dash of cumin. The only lemon and garlic involved is in my Basic Tehina Sauce. There are countless variations, but I'm not talking about black bean, white bean, or edamame hummus. Those might be perfectly nice dips, but since hummus is the Arabic word for chickpeas, that's what we use.
Remember to leave time for dried chickpeas to soak overnight.

1 ½ cups Basic Tehina Sauce (see above), plus a bit more for the topping

Place the chickpeas in a large bowl with 1 teaspoon of the baking soda and cover with plenty of water. (The chickpeas will double in volume, so use more water than you think you need.) Soak the chickpeas overnight at room temperature. The next day, drain the chickpeas and rinse under cold water.

Place the chickpeas in a large pot with the remaining 1 teaspoon baking soda and add cold water to cover by at least 4 inches. Bring the chickpeas to a boil over high heat, skimming off any scum that rises to the surface. Lower the heat to medium, cover the pot, and continue to simmer for about 1 hour, until the chickpeas are completely tender. Then simmer them a little more. (The secret to creamy hummus is overcooked chickpeas; don't worry if they are mushy and falling apart a little.) Drain.

Combine the chickpeas, tehina sauce, salt and cumin in a food processor. Puree the hummus for several minutes, until it is smooth and uber-creamy. Then puree it some more!

To serve, spread the hummus in a shallow bowl, dust with paprika, top with parsley and more tehina sauce if you like, and drizzle generously with oil.