Accessibility links
How Chef Paul Prudhomme Invented Cajun-Creole Fusion Food : The Salt Chef Paul Prudhomme, who died Thursday at 75, revolutionized Cajun and Creole cuisine and helped popularize it throughout the world. He also created a craze for "blackened" everything. 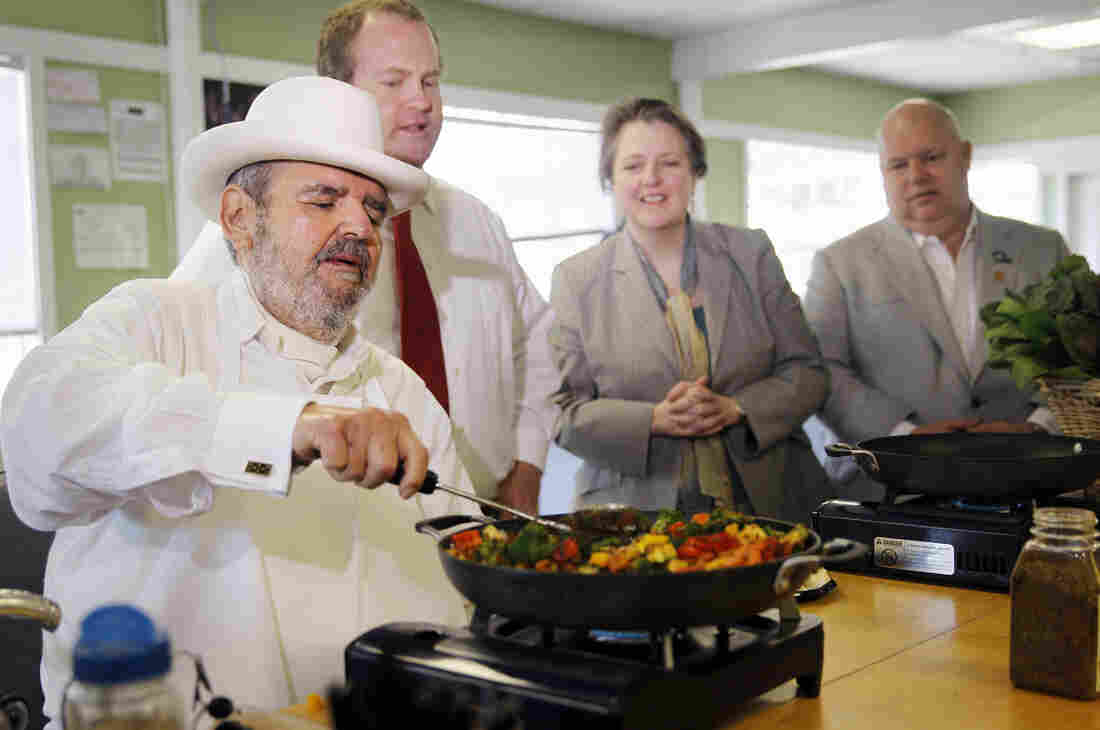 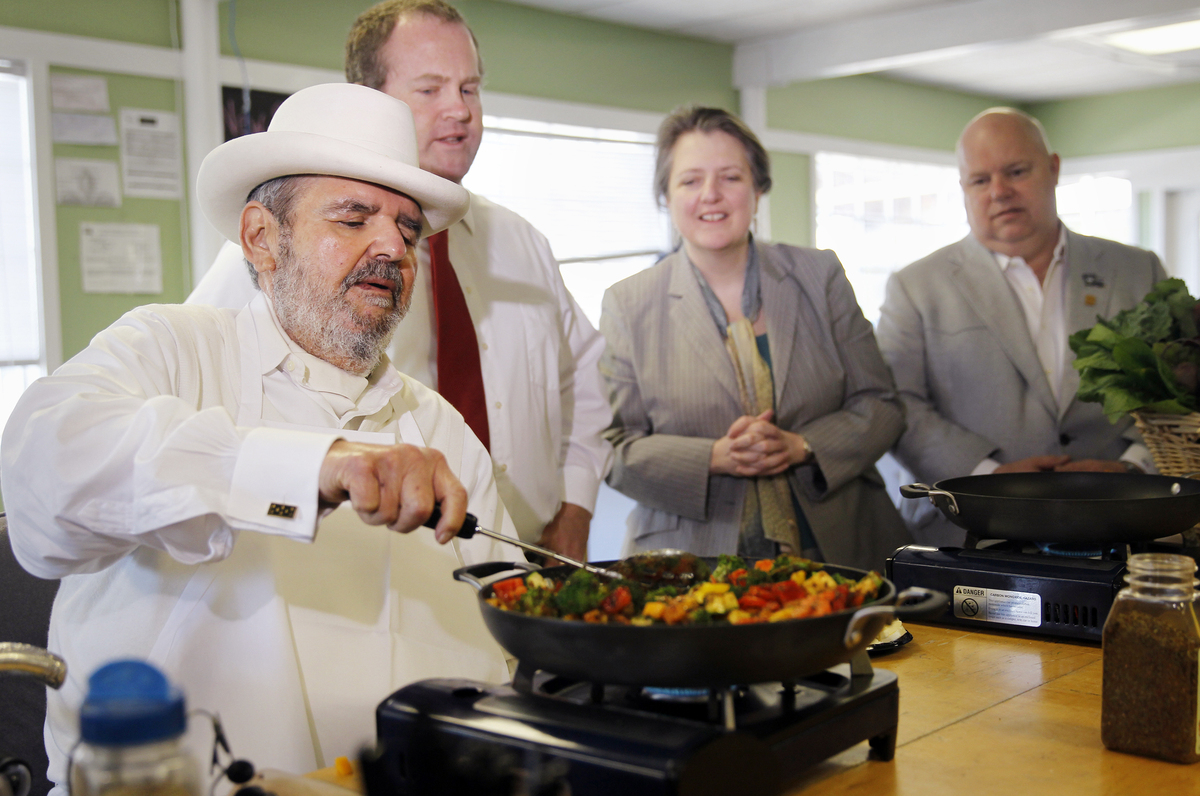 Chef Paul Prudhomme, who died Thursday at age 75, was born on a farm in the Cajun town of Opelousas, La. He worked in restaurants around the country before landing his big break with the Brennan family at New Orleans' Commanders Palace.

There, says Liz Williams, director of the Southern Food and Beverage Museum, he fused the restaurant's classic Creole menu with rural Cajun ingredients and dishes. He was so good at it that people outside Louisiana mostly don't know the difference between the two cuisines today.

"He took a dish like trout amandine and said, 'We don't have almonds in Louisiana. Let's use pecans,' " says Williams.

Prudhomme brought crawfish to the city's menus, Williams says. In the 1980s the crustaceans had just started being farmed on a mass scale and were available year-round. Tasso ham, andouille sausage and red beans also began showing up on fine dining menus through Prudhomme. 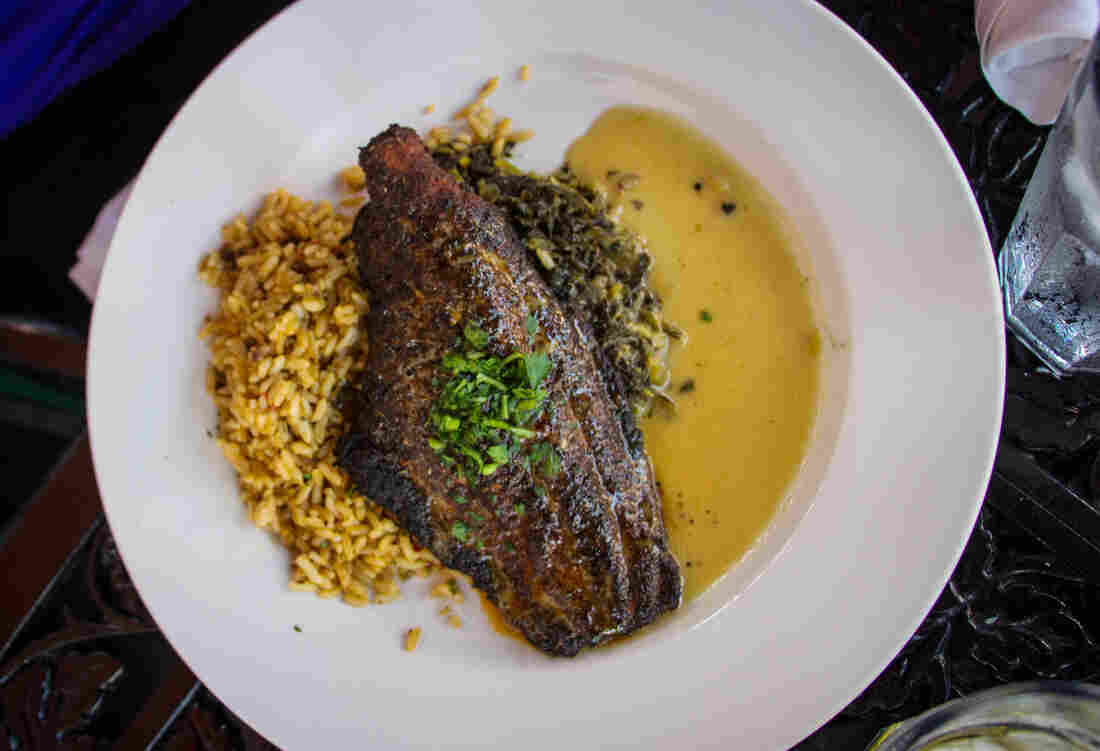 Chef Paul Prudhomme made up blackened fish, dredging a fish fillet in a spice blend and cooking it in a very hot cast iron skillet. Anna Fox/Flickr hide caption 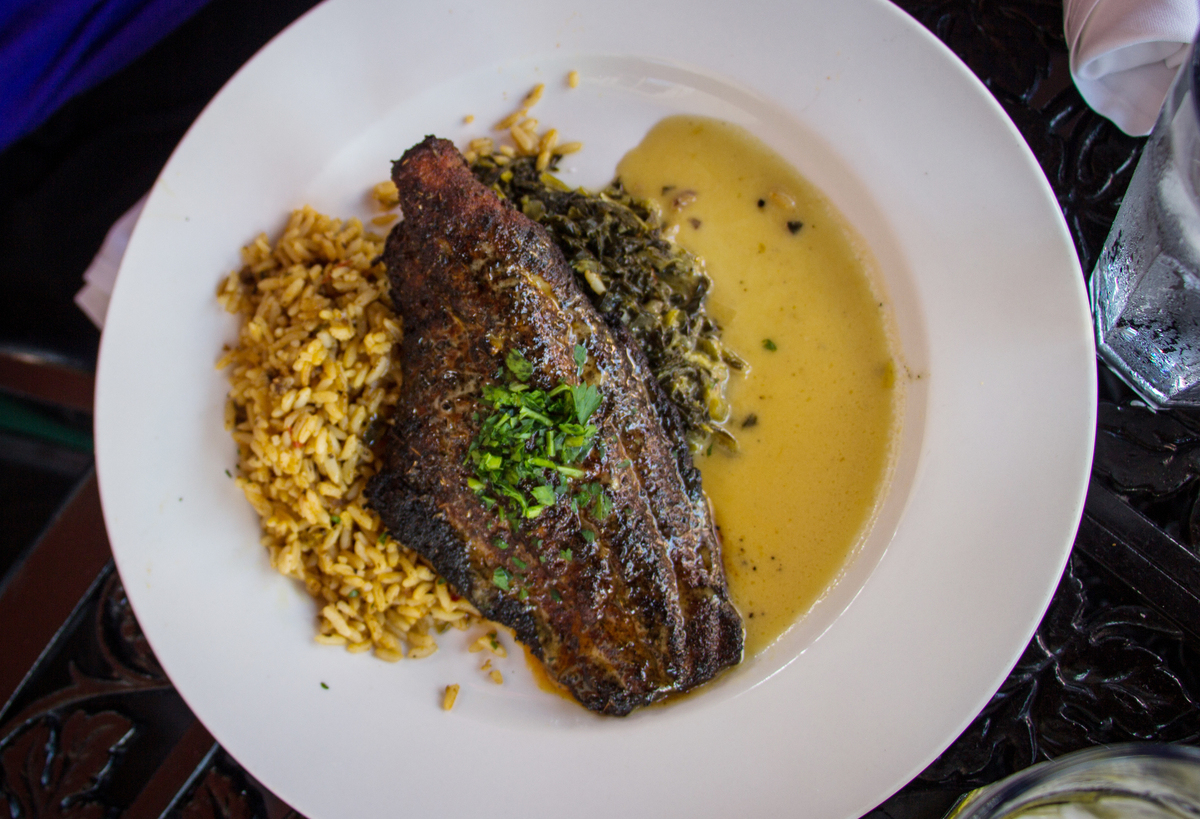 Chef Paul Prudhomme made up blackened fish, dredging a fish fillet in a spice blend and cooking it in a very hot cast iron skillet.

And then, there was the blackening. It was not from the canon of Cajun cooking, but a technique Chef Paul made up. He dredged a fish fillet in a spice blend and cooked it in a very hot cast iron skillet.

The dish and the technique's popularity, executed widely (and often poorly), made many people think Cajun food meant dishes "so spicy you couldn't taste the food anymore," Williams says. But Chef Paul managed to season the fish without overwhelming it.

Prudhomme always aimed to share his love and deep understanding of food. Take one of his "Magic of Louisiana Cooking" videos, on how to cook fish.

"Seafood is full of moisture, and that's critical to the taste," he says. The video shows you how to tell if a fish fillet is undercooked (firm, won't pull apart), or just right (flakes with a fork).

"I'll tell ya: A good piece of fish is good cooking, good eating and good lovin!" he ends. "And we love you guys out there!"

He says it like he means it. And he very likely did. When Prudhomme left Commander's Palace to start his own French Quarter restaurant, K-Paul's Louisiana Kitchen, in 1979, the original concept was an inexpensive place with no reservations. It had long, communal tables like you'd find at a traditional Cajun family gathering.

At New Orleans restaurant Purloo, bar manager Carmine Portenza wanted to make a drink inspired by a Louisiana staple, the Holy Trinity. It's a sort of regional mirepoix of green onions, bell pepper and celery.

On his fall cocktail menu, Portenza mixed rum agricole and honey with celery juice and called it "The Unholy Trinity."

It was only in researching the Holy Trinity that he found its origin: Paul Prudhomme. Many of today's Louisiana culinary innovators are probably inspired by Chef Paul without even knowing it.