Accessibility links
Time To Pursue The Pawpaw, America's Fleeting Fall Fruit : The Salt Ever seen a pawpaw in the supermarket? Didn't think so. Ohioan Chris Chmiel wants to change that by growing and promoting this seasonal, mango-like fruit that's native to the U.S. 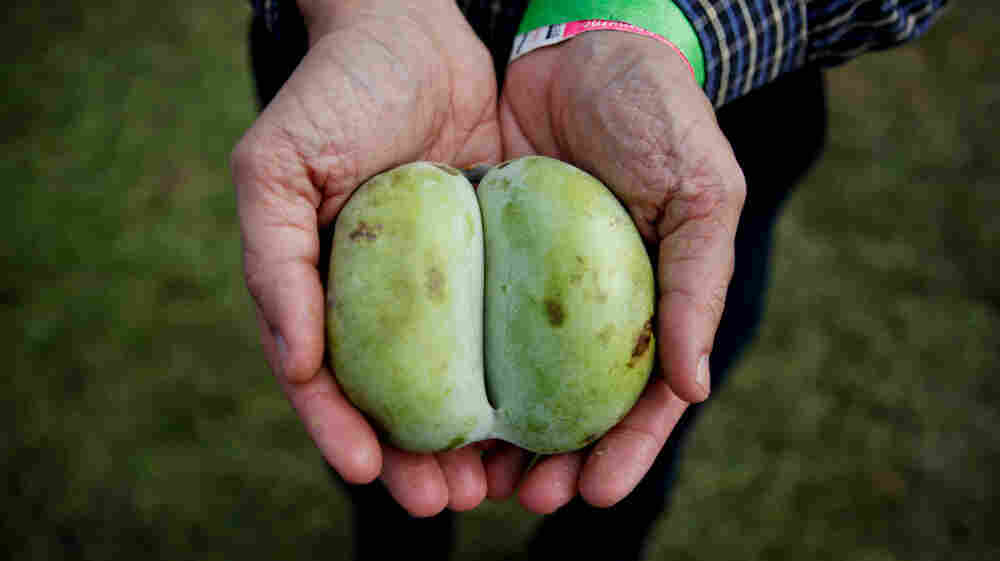 Pawpaws may look like mangoes, but unlike other tropical fruits, they are native to North America. Abby Verbosky for NPR hide caption 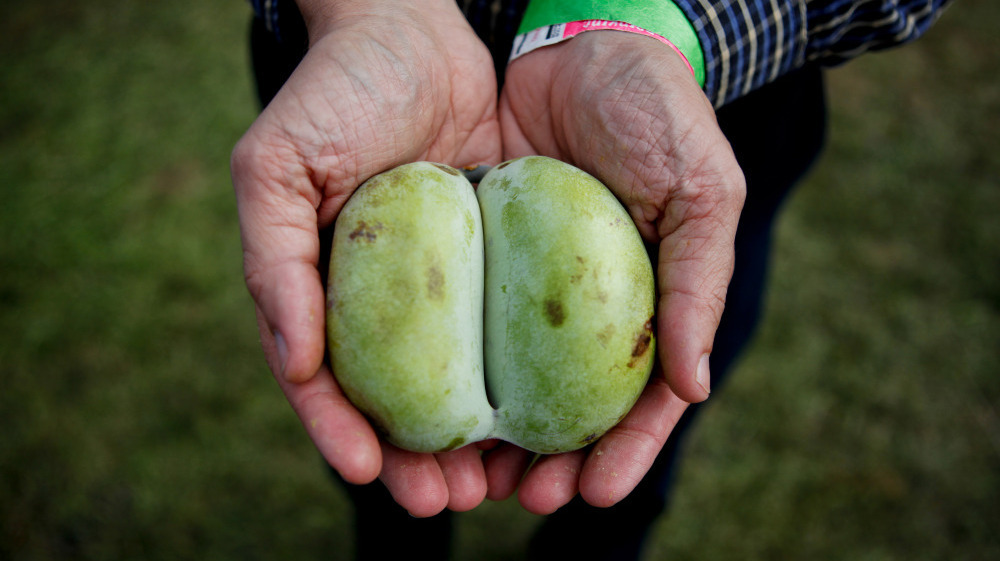 Pawpaws may look like mangoes, but unlike other tropical fruits, they are native to North America.

If you've never tasted a pawpaw, now is the moment.

For just a few weeks every year in September and October, this native, mango-like fruit falls from trees, everywhere from Virginia to Kansas and many points westward. (We discovered them several years back along the banks of the Potomac River when we ran into some kayakers who were snacking on them.)

Remember the old folk tune "Way Down Yonder in the Pawpaw Patch"? In parts of the country, there's no food more local and traditional.

But you still won't find pawpaws in the supermarket. They're fragile, and they go from underripe to overripe very quickly, so they'd be a challenge for the fruit supply chain to manage.

Chris Chmiel is trying to change all that. He's the founder of Integration Acres, an actual pawpaw orchard near Athens, Ohio. Its motto? "Raising consciousness with cuisine."

Chmiel wants people to appreciate and consume this humble fruit. So he's promoting it at farmers markets and processing pawpaws into pulp that can be used in smoothies, baked goods and even beer. 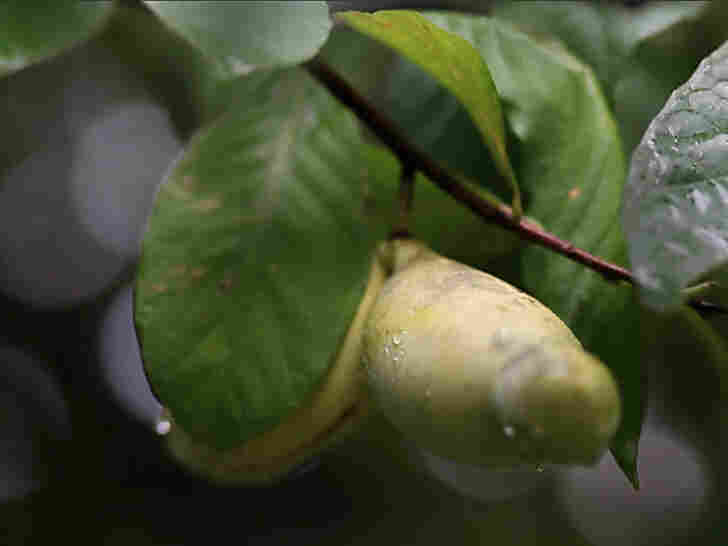 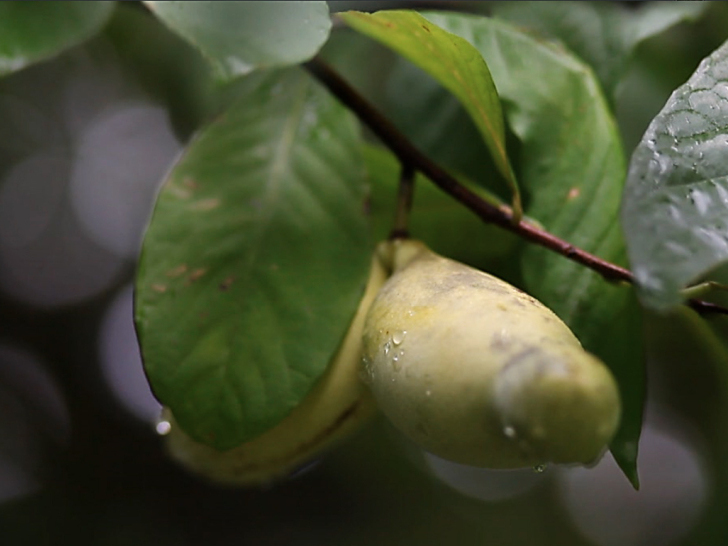 A pawpaw ripe for the picking

He also helped organize the Ohio Pawpaw Festival, which happened Sept. 11-13. It celebrated this fruit with everything from pawpaw-infused beer to baked goods.

Last year, we sat down with Chmiel to talk about why he's devoted his life to promoting the pawpaw.