Accessibility links
A Glass Of Wine A Day May Help Control Type 2 Diabetes : The Salt A study in the Annals of Internal Medicine finds people with diabetes who drank a glass of wine with dinner had lower blood sugar and improved cholesterol compared with those who drank mineral water. 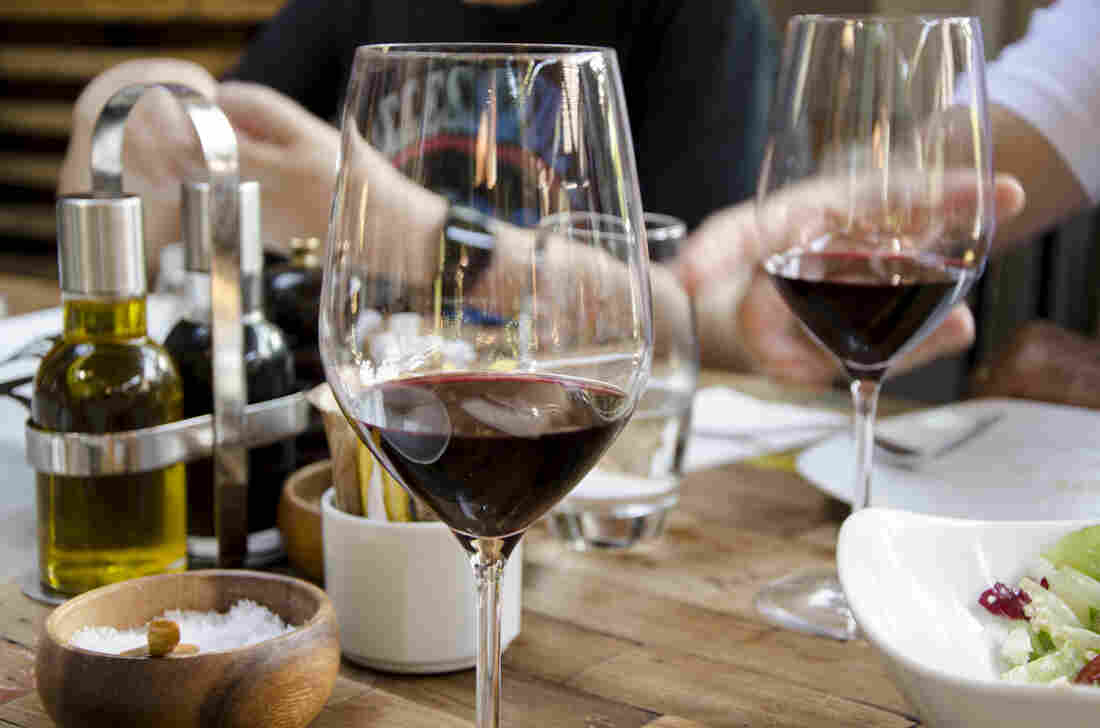 A new study published in the Annals of Internal Medicine adds to the evidence that drinking a moderate amount of wine can be good for your health. iStockphoto hide caption 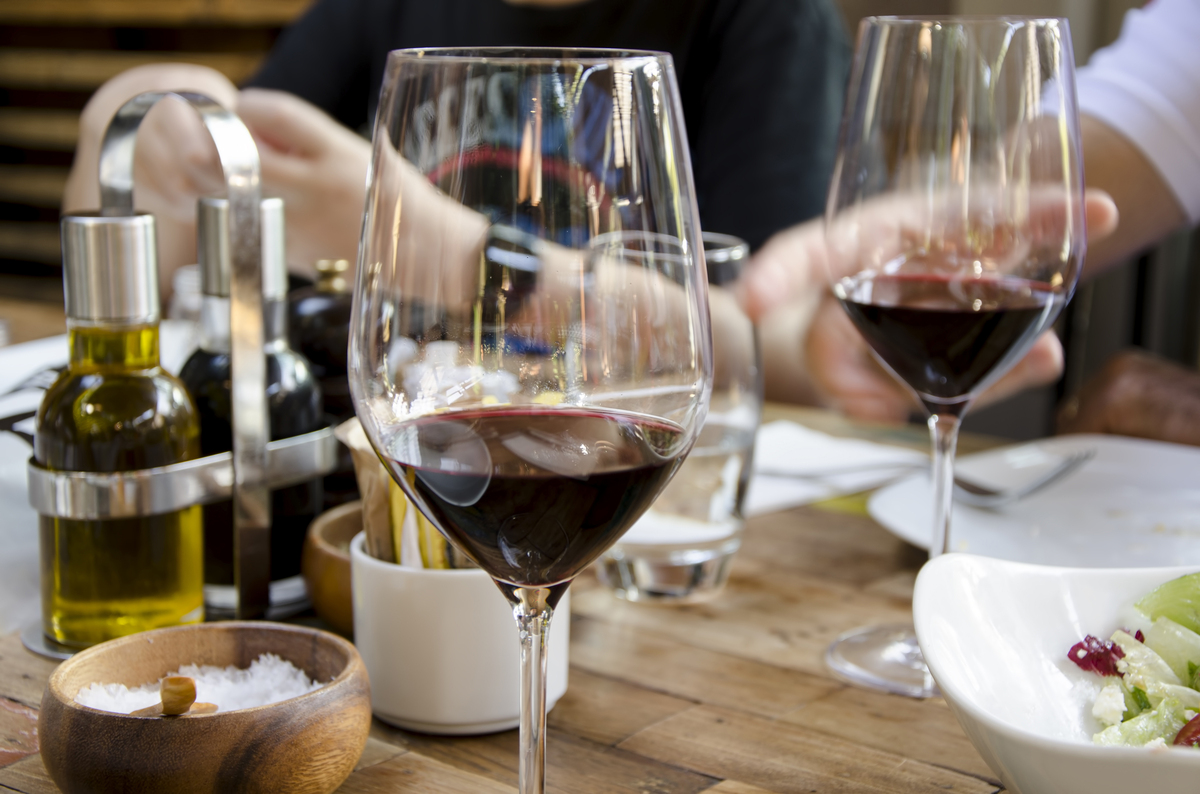 A new study published in the Annals of Internal Medicine adds to the evidence that drinking a moderate amount of wine can be good for your health.

If you're in the habit of drinking wine with dinner, there may be a bonus beyond the enjoyment of sipping a glass at night.

A new study published in the Annals of Internal Medicine adds to the evidence that drinking a moderate amount of wine can be good for your health.

The evidence comes from a new two-year-long study on people with diabetes.

Researcher Iris Shai of Ben Gurion University says in Israel and elsewhere, lots of people with diabetes get the message that alcohol — even in moderation — can be harmful.

"There is a myth that alcohol is not so safe for them," Shai says.

In order to test the influence of wine on people with diabetes, Shai recruited about 225 people who already had elevated blood sugar, and they agreed to follow a Mediterranean style diet for two years.

And at the end of the study? "We found that a glass of red wine with dinner can improve the cardiovascular health of people with Type 2 diabetes," Shai says.

In particular, Shai found that compared to people who drank mineral water with dinner, the wine drinkers — both those who drank white and red — benefited from improvements in blood sugar control.

And the red wine drinkers got an additional benefit: They saw improvements in their levels of good cholesterol.

The effects are not huge, but physician Christopher Wilcox of Georgetown University Medical Center says they could be significant.

"One glass of alcohol per day had these admittedly modest but worthwhile benefits," he says.

There's been a lot of interest in the idea that specific compounds in red wine may help protect against heart disease. And this finding — in which red wine improved cholesterol — adds a bit more evidence.

But Wilcox says this study also suggests that when it comes to blood sugar levels, the type of alcohol may not matter much.

"Since both red and white wine were beneficial in terms of blood sugar lowering — it does seem to rather neatly and very cleverly — tie the benefit in probably to alcohol rather than wine itself," he says.

There's a big caveat however. The benefits of alcohol can be quickly outweighed by the risks if you drink more than one or two servings per day.

And Wilcox says not all of us metabolize or benefit from alcohol in the same way. Some of us are fast metabolizers, others are slow metabolizers — it's determined by our genes.

And in this study, it was the slow metabolizers who got significant improvements in blood sugar control.

So, you can't count on a benefit. Wilcox says if you have diabetes, wine is no replacement for proper treatment.

"Most certainly a glass of red wine does not substitute for good control of blood glucose with one of the diabetic medicines," he says.

But that nightly glass of wine could be one small part of a healthy diet and lifestyle.