Accessibility links
Small Meat Producers Take Their Slaughterhouse Gripes To Congress : The Salt Many small meat producers have a hard time getting their animals processed. A group of farmers and local food advocates is trying to help by pushing for changes to federal meat inspection law. 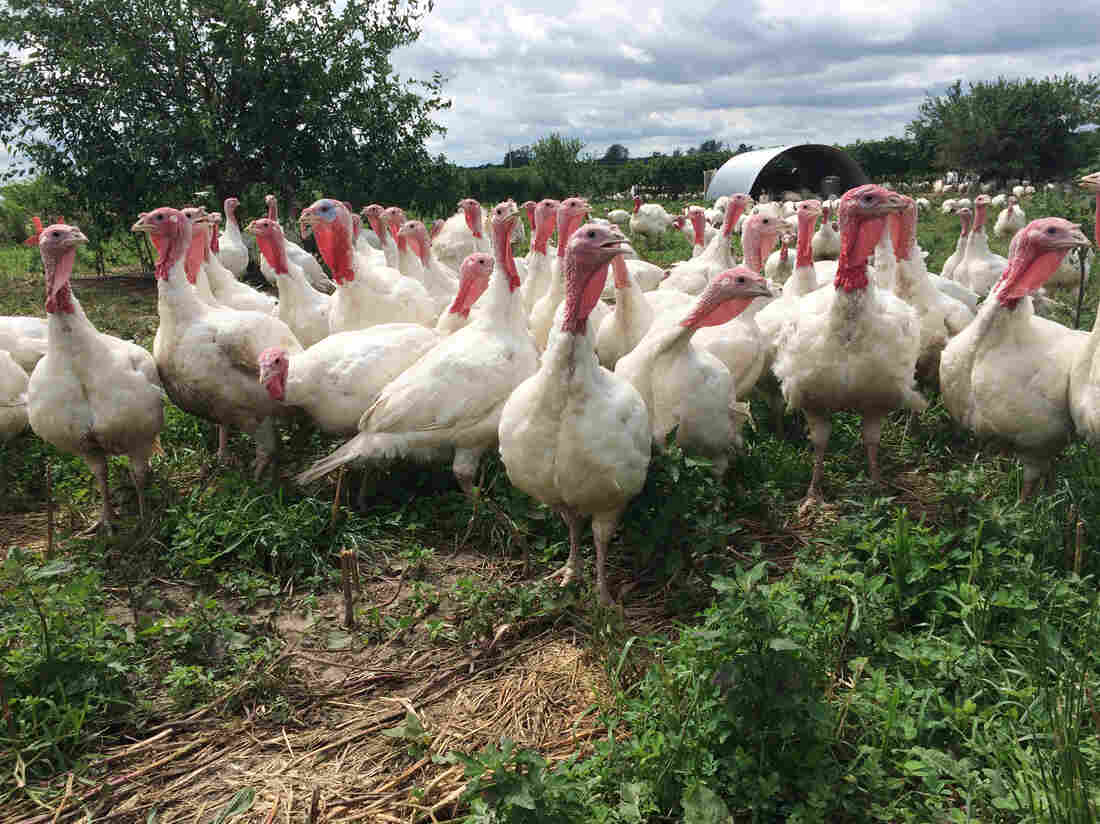 Greg Gunthorp converted his garage into a slaughterhouse so he wouldn't have to truck his hogs and turkeys from Indiana to a federally inspected plant in Michigan. Courtesy of Gunthorp Farms hide caption 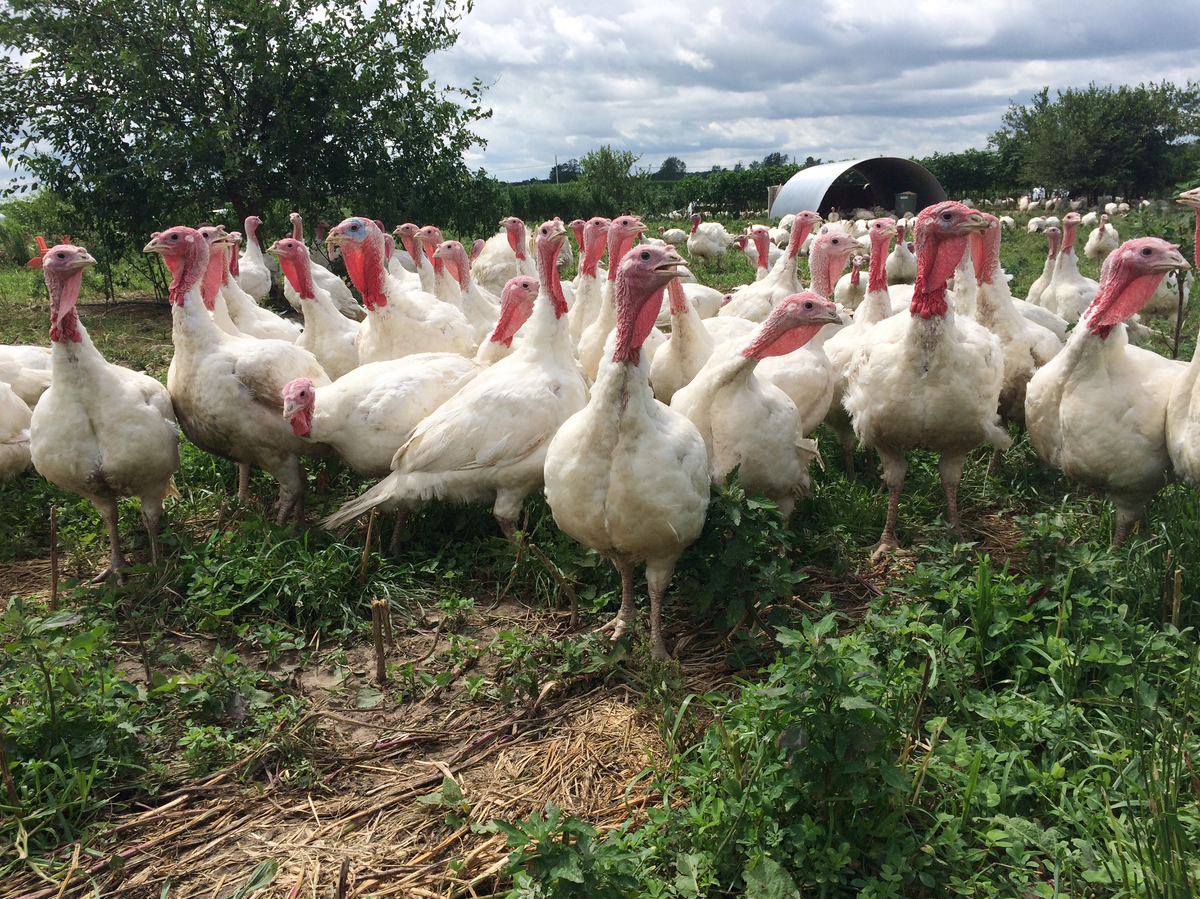 Greg Gunthorp converted his garage into a slaughterhouse so he wouldn't have to truck his hogs and turkeys from Indiana to a federally inspected plant in Michigan.

Nowadays consumers are more willing to pay extra for a rack of ribs if it's produced nearby. A local bone-in ribeye, on average, costs about $1 more than a conventional steak. A pound of local sliced bacon has a $2 upcharge, according to retail reports from the U.S. Department of Agriculture.

What are we paying for when we pay more for local meat? Lots of things. But small producers say one key issue that's holding them back, and driving up costs, is the strict rules when it comes to how they slaughter their animals.

The Case For Peeking Inside The Slaughterhouse

There aren't enough government-regulated slaughterhouses to go around anymore, for one. The number of small federally inspected cattle slaughter plants (under 10,000 head per year) declined by 12 percent between 2001 and 2013, according to the USDA.

Meanwhile, the slaughterhouses that aren't as heavily regulated — called "custom slaughterhouses" — place too many restrictions on which cuts of meat small producers can sell, some small farmers say.

Small producers in remote areas often have to make long drives from the farm to the slaughterhouse, says Roger Johnson, president of the National Farmers Union. They also have to pay high processing costs to bring local meat to market.

Under the Federal Meat Inspection Act of 1906, farmers who want to sell meat commercially across state lines must get their animals slaughtered and processed at a meat plant that has been approved by the USDA. Government meat inspectors are required to be on the floor anytime those plants are operating.

To make it easier for more homegrown meat to reach consumers, a small but vocal group of farmers and local food advocates is trying to change federal meat inspection law. 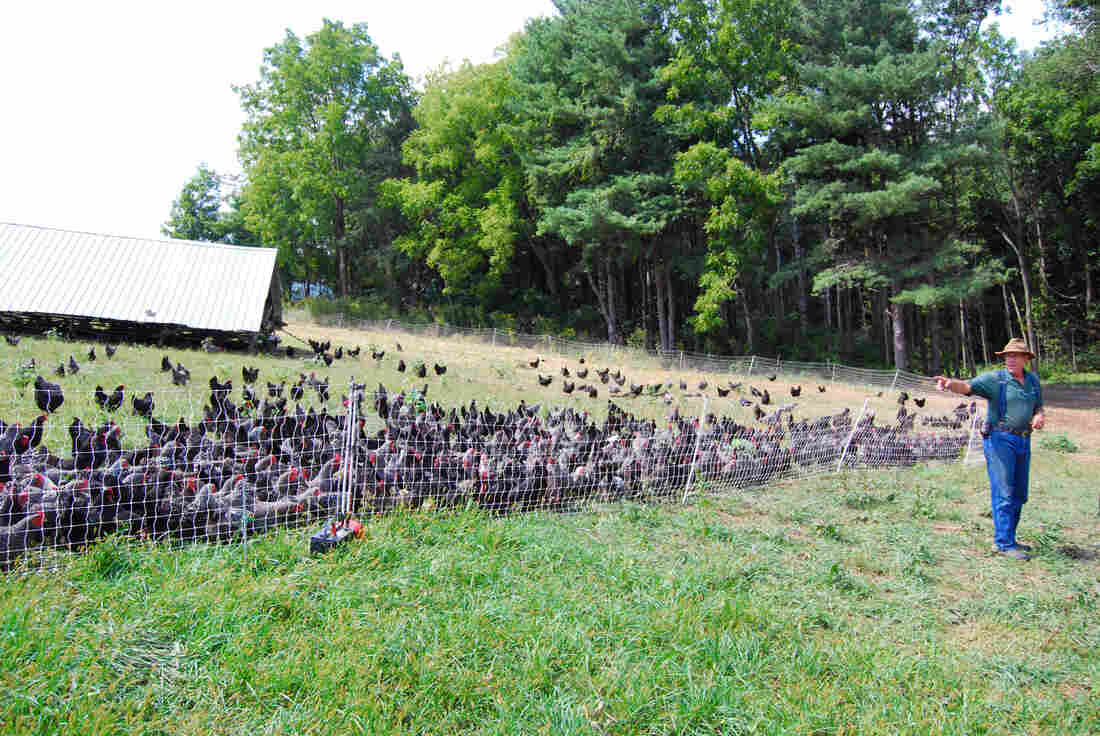 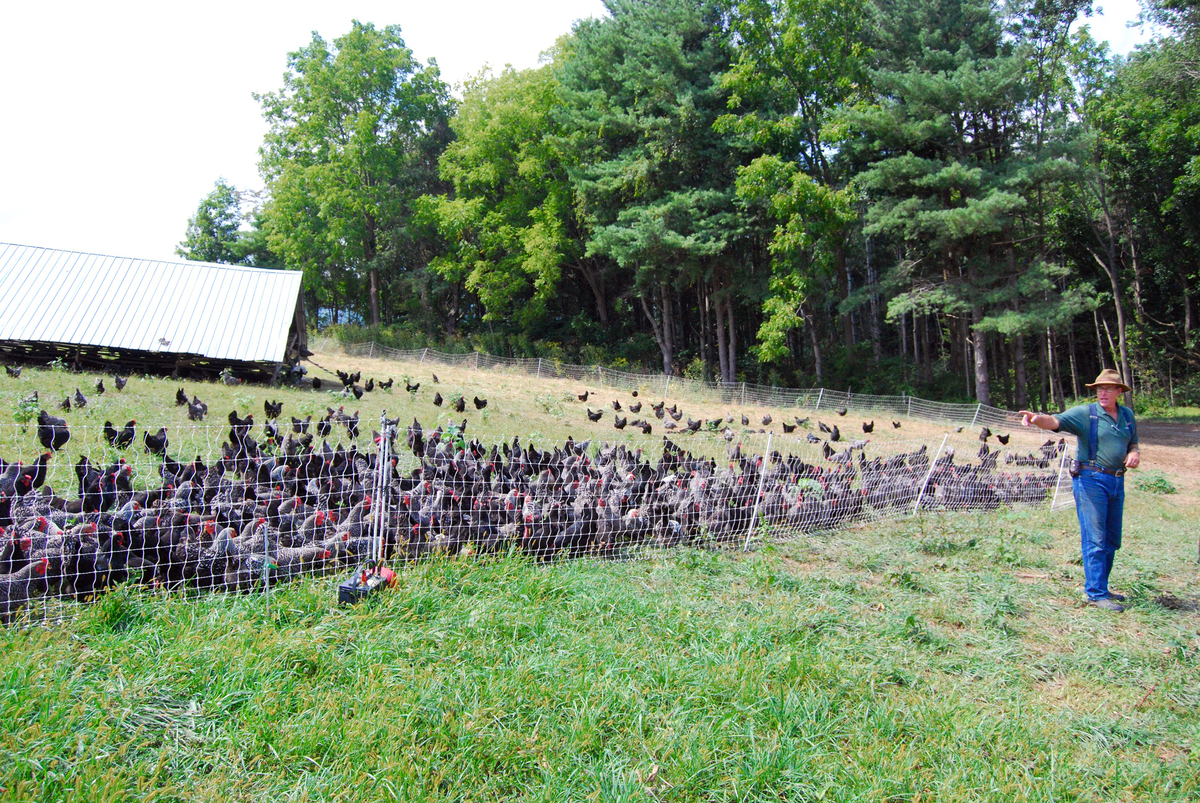 Virginia farmer Joel Salatin says the PRIME Act would make it easier for consumers to buy more affordable local meat and give small farmers more access to the market.

Rep. Thomas Massie, a Republican from Kentucky who is also a producer of grass-fed beef, introduced the Processing Revival and Intrastate Meat Exemption Act in July. The bill, if passed, would allow farmers to get their meat processed at custom slaughterhouses that are inspected by USDA occasionally but do not have meat inspectors overseeing daily operations. Farmers could then sell these custom cuts of meat commercially within state lines. It's currently legal for farmers to use custom slaughterhouses to process their own animals into frozen quarters and halves, but these large quantities of meat cannot be labeled and commercially sold.

"Under the PRIME Act, I can take a steer into custom slaughter and piece it out to 100 people, some of whom want a T-bone steak, and I could sell it retail," says Virginia farmer and local food advocate Joel Salatin. "It would allow these small struggling community slaughterhouses to have an influx of business that would keep them surviving."

The PRIME Act now has 15 co-sponsors in the U.S. House of Representatives and has been sent to the House Agriculture Committee. If the PRIME Act does not pass in this session, Massie plans to introduce it as an amendment to the next farm bill, he says. 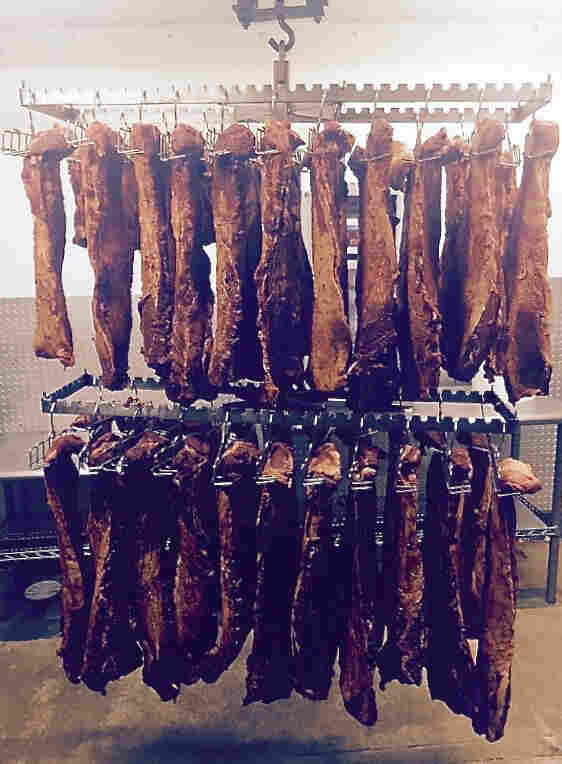 It took several years for Gunthorp to get USDA approval, but he now processes 60 hogs and 3,000 chickens each week on the farm, much of it for Rick Bayless' restaurants in Chicago. Courtesy of Gunthorp Farms hide caption

But some meatpackers and consumer advocates say they oppose the bill and are monitoring its progress.

Tony Corbo, a lobbyist for the consumer advocacy group Food & Water Watch, says all of our meat should be inspected by trained workers at slaughterhouses and processing plants to prevent the spread of mad cow and other possible animal diseases.

Eric Mittenthal of the North American Meat Institute agrees: "Food safety standards should not be compromised for the convenience of a market segment," he says.

To stay in business, some producers have come up with their own creative solutions to deal with the dearth of slaughterhouses.

For years, Will Harris, owner of White Oak Pastures in Georgia, says he hauled his cattle, sheep, hogs and poultry 100 miles to the closest federally inspected slaughterhouse. When the plant could no longer process his farm's growing volume of animals, Harris decided to build his own slaughterhouse and processing plant. But it wasn't cheap. Two abattoirs — one for cattle, hogs, sheep, goats and rabbits and another for chickens, turkeys, geese, guineas and ducks — cost Harris a whopping $7 million.

"Building a facility that meets the standards for USDA to issue a certificate of inspection is expensive," says Harris. "But any businessman who is willing to take the risk can build a USDA-inspected slaughterhouse."

Over in Indiana, Greg Gunthorp converted his garage into a slaughterhouse instead of trucking his hogs and poultry to a federally inspected meat plant in Michigan. It took several years for him to get USDA approval, but he now processes 60 hogs and 3,000 chickens each week on the farm, much of it for Rick Bayless' restaurants in Chicago.

Pennsylvania farmer John Jamison bought a local slaughterhouse 21 years ago and converted it into a USDA-approved facility to process his grass-fed sheep and lamb. "We did it because we couldn't find anyone to slaughter and process our meat at the quality level we needed. If we were going to grow our business, we had to be able to sell to restaurants," says Jamison.

The investment has been paying off: Jamison now counts chefs Dan Barber, William Telepan and Anne Quatrano among his chef clientele.

Another option, for farmers living in Washington, Arkansas, California, Nebraska, Colorado, New Mexico, New York and Texas, is to hire a refrigerated USDA-approved mobile slaughter unit to harvest animals and process that meat on site.

"USDA treats them like any other small plant. It's just they move around," says Bruce Dunlop, whose mobile slaughter unit was among the first to be approved by USDA in 2002.

Dunlop's truck and trailer is equipped with running water and heat, and it processes animals at 70 farms in northwest Washington state.

But even with the growth of mobile slaughter units in parts of the country, it may be some time before customers see more affordable local meat at the farmers market or grocery store.

Barring changes to federal meat inspection law, farmers will still be required to truck their animals to the nearest certified meat plant, build their own slaughterhouse or come up with more inventive ways to bring their local meat to market.