Accessibility links
Beyond 'Aunt Jemima': A Taste Of African-American Culinary Heritage : The Salt History has largely forgotten the lives and thoughts of the black chefs who helped define American cooking. But there's a tantalizing glimpse in food writer Toni Tipton-Martin's cookbook collection. 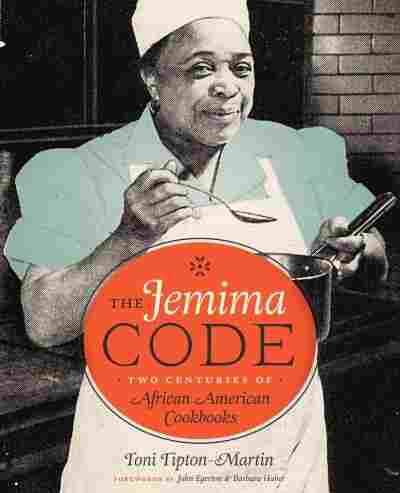 So if I say Aunt Jemima, you think what? Fluffy pancakes and waffles?

But for some, the title, the image, even the updated version sans headwrap, evokes other feelings, including anger, over a racial stereotype of a black woman with no apparent life of her own. One who is happiest in the kitchen getting ready to serve her white folks.

Well, just who were the real Aunt Jemimas, the real black cooks and chefs whose craft and skill did so much to define American cuisine?

African-American cooking has had an enormous impact on American cuisine. But when America's culinary heritage is described or depicted, the cooks who helped make that history are rarely featured.

"Their cookbooks, their efforts, their accomplishments, their love of the kitchen, their joy, their intelligence — all of that disappeared," she tells NPR's Michel Martin (no relation).

To find those missing men and women who whose craft and skill did so much to define American cuisine, Tipton-Martin turned to her cookbook collection. 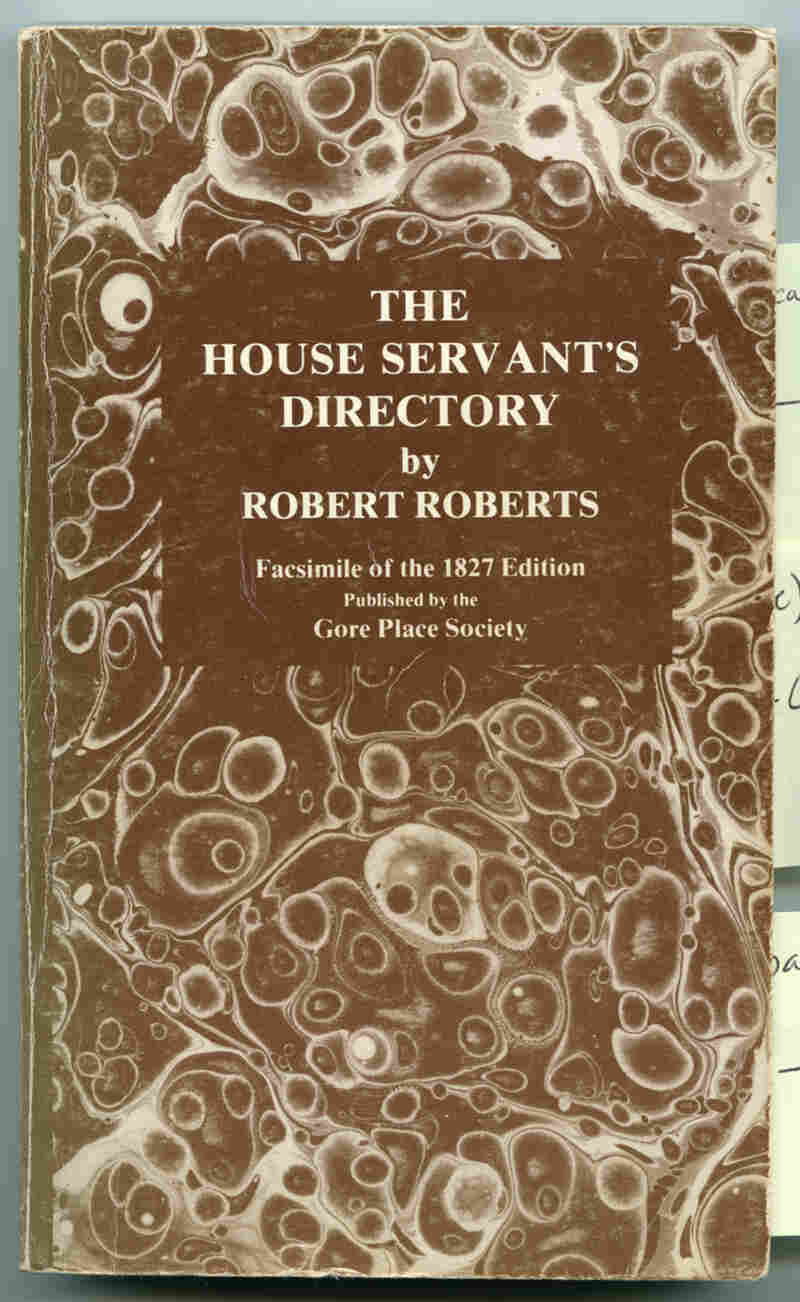 Robert Roberts was not a chef, and his 1827 manual on household management has not historically been considered a cookbook, but Toni Tipton-Martin notes that it includes recipes and cooking tips. From 'The Jemima Code: Two Centuries of African American Cookbooks' (University of Texas Press, 2015), courtesy of Toni Tipton-Martin. For more information visit www.utexaspress.com hide caption

Over the years, she'd gathered around 300 African-American cookbooks, dating back almost 200 years. Her new book, The Jemima Code: Two Centuries of African American Cookbooks, presents summaries, covers and a few recipes from that collection. Along the way, Tipton-Martin explores who wrote those books — and what they reveal about an underdocumented culinary heritage.

On the oldest cookbook featured in the book, which was written by a black man and published in 1827

That earliest book was written by... the butler for the governor's mansion in Massachusetts. His book existed on the margins of cookery books because, for a long time, it wasn't perceived to be a cookbook. It is what is known as a household manager's book, and there's been a negative connotation for that: It indicates or connotes that the only purpose that this man has in writing is to convey that to the next generation of workers. And so historically, these people have gone down in history as really just training up more servants, and that's the part that has been offensive to African-Americans. 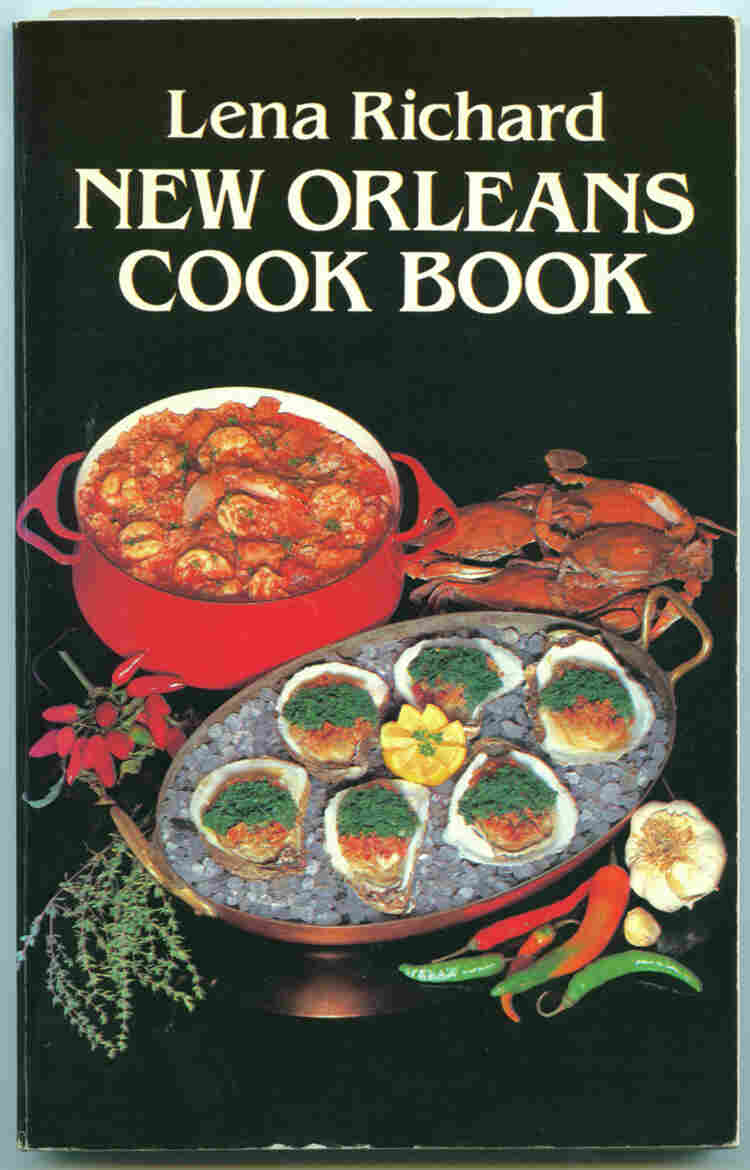 Toni Tipton-Martin notes that the history of black food is not limited to "cabin cooking." Lena Richard, for instance, was a restaurant head chef, catering company owner and cooking school operator. She self-published her cookbook in 1939; it was republished twice in later decades, including the 1985 printing shown here. From 'The Jemima Code: Two Centuries of African American Cookbooks' (University of Texas Press, 2015), courtesy of Toni Tipton-Martin. For more information visit www.utexaspress.com hide caption

But what I have chosen to do is see that work through a different filter. I've looked at them entirely based on what is required to do the work. And I like to say that we honor and appreciate today's celebrity cooks for the foods that they cook at work. We know what they cook on television... but we don't have any idea what they cook at home. And yet African-Americans have been confined into this perspective that says the only cooking we had was the cabin cooking. And I'm arguing through the evidence in these works that were published and printed by African-Americans that there was a different side, there was a middle-class side, there was a side of beauty that was created when the resources were available.

That's part of breaking the code and why it's important for all of us — because the stereotype is bleeding on to everyone. ... Don't forget to mention the popularity of pig-ear sandwiches and cooking with pork cheeks and pork belly, which we would have called fatback in our kitchen.

So there's a very confused space for African-Americans in terms of what is appropriate for us to claim and not claim. And I like to tell African-American audiences to be very proud of the fact that among the most popular, most healthful foods you can eat are foods that are associated with our traditional core diet... things like dark leafy greens and sweet potatoes and whole grains and watermelon, even.

On what she hopes to achieve with this book, and what she's working on next

[Researching the book] has changed my view completely in terms of what my ancestors accomplished and how I can now carry that message forward and communicate that through my own recipes. And so what we hope to have — what will follow this book once these cooks and book authors are free — then we will begin to explore those recipes. We don't spend a lot of time on the recipes in this book because this is really an effort to draw attention to them, and give them life. But the next book will be their lives on the page, through their recipes and what they created, and I'm really excited about that.