Accessibility links
Processed And Red Meat Could Cause Cancer? Your Questions Answered : The Salt An expert panel's conclusion that hot dogs and yes, even turkey bacon are carcinogenic had many of you wanting more details. Which cancers? How much is safe to eat? We tackle your questions.

3:23
Processed And Red Meat Could Cause Cancer? Your Questions Answered 3:23 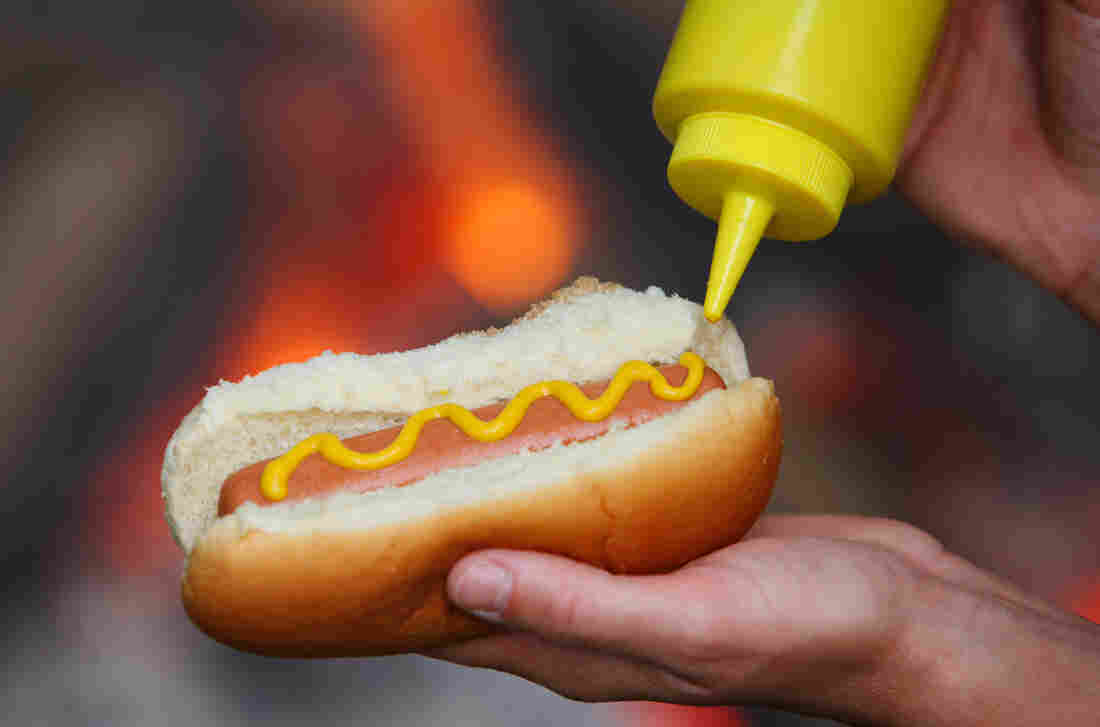 How many hot dogs are safe to eat? We tackle your questions about an expert panel's conclusion that processed meats are carcinogenic. iStockphoto hide caption 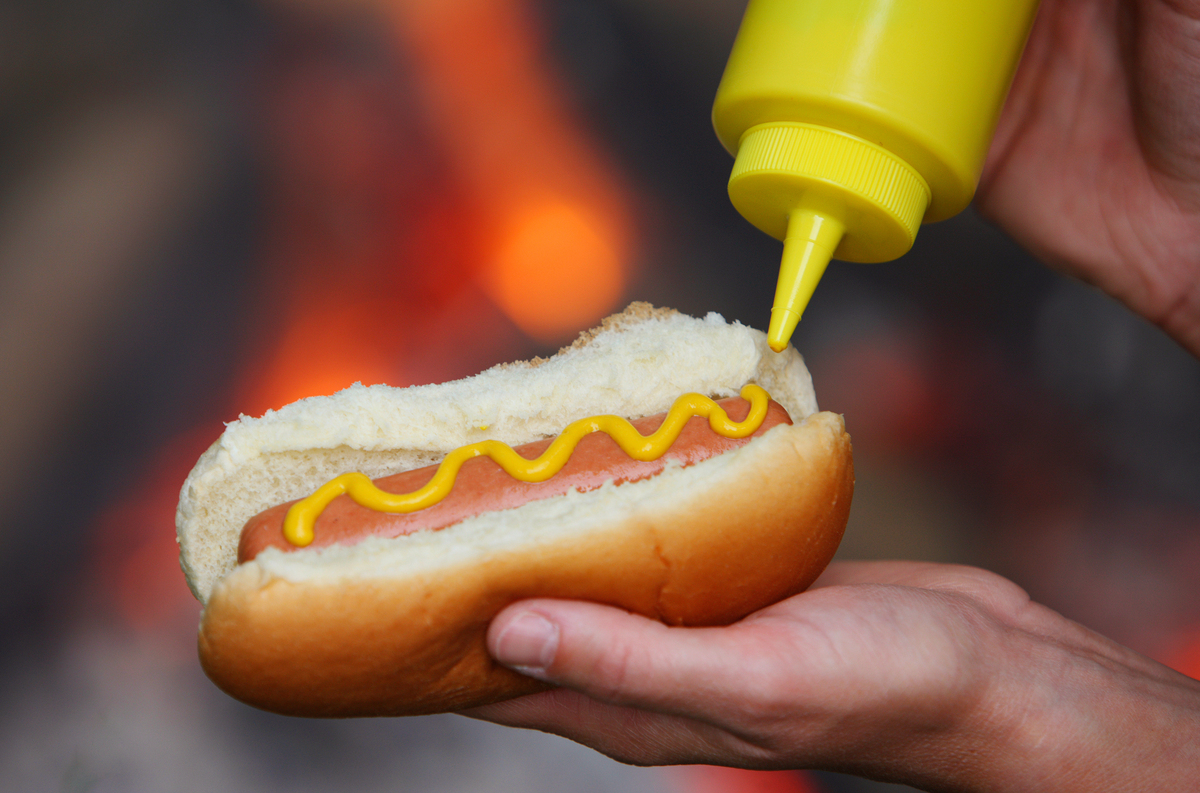 How many hot dogs are safe to eat? We tackle your questions about an expert panel's conclusion that processed meats are carcinogenic.

The World Health Organization made an announcement Monday that's likely to come as a blow to anyone whose favorite outdoor snack is a hot dog.

Processed meats — yes, hot dogs, plus sausage, ham, even turkey bacon — are cancer-causing, a committee of scientists with WHO's International Agency for Research on Cancer concluded. And it classified red meat as "probably carcinogenic to humans."

Bad Day For Bacon: Processed Meats Cause Cancer, WHO Says

What kind of meat are we talking about here?

The IARC defines processed meat as any meat that's been "transformed through salting, curing, fermentation, smoking or other processes to enhance flavor or improve preservation." So that means not just beef or pork but also processed poultry or liver.

Red meat is beef, veal, pork, lamb, mutton and goat (and horse, if you happen to fancy it).

What about chicken or turkey sausage?

WHO's classification of all processed meat as carcinogenic means turkey and chicken sausage and bacon are included, too.

What kind of cancer?

How did the IARC reach these conclusions?

By reviewing 800 studies that looked at the association of cancer with consumption of red or processed meat in people around the world, of diverse ethnicities and diets.

What exactly is it in red and processed meat that makes it carcinogenic?

Studies show that meat processing techniques and cooking it at high temperatures can lead to the formation of carcinogenic chemicals. Other studies show those compounds appearing in parts of the digestive tract like the colon.

As we've reported, one theory is that the iron in meat works as a catalyst to turn nitrates added as preservatives into a particular kind of carcinogen in the body. And there are other proposed mechanisms, too.

Are certain types of meat processing less dangerous than others?

Maybe. We can't really parse that out with the research done so far, says Dr. Steven Clinton, professor of medical oncology at Ohio State University.

So does this mean I should give up eating red and processed meat?

If you're eating a diet that is very rich in meat products and processed meats, it may be time to cut back, says Clinton, who's also a member of the 2015 Dietary Guidelines Advisory Committee, which advises the federal government on nutrition policy. This year, the panel recommended that Americans cut back on red and processed meat. (Not surprisingly, the meat industry vehemently opposed the recommendation.)

That doesn't mean bacon is permanently off limits — as Clinton told us, he ate some over the weekend.

Well, then, how much is safe to eat?

The IARC stopped short of saying what constitutes a safe amount to eat. According to Dariush Mozaffarian, dean of the School of Nutrition Science and Policy at Tufts University, there's not enough evidence to give meat eaters a specific amount that is OK to consume.

The American Cancer Society doesn't provide specific targets. Instead, it advises that Americans minimize processed meats like bacon and sausage in their diets, and choose fish, poultry and beans as an alternative to red meat. And when you do eat red meat, the ACS says select leaner cuts and smaller portions.

As Clinton tells NPR's Robert Siegel on All Things Considered, ultimately, how much is OK to eat depends on a person's individual risk factors.

But isn't eating processed meat just as bad as smoking?

No. While WHO has now put processed meat in the same category of cancer risk as smoking, that doesn't mean it's equally dangerous. As a single factor, smoking contributes enormously to the risk of lung and other types of cancer, Clinton says. By contrast, processed meat "contributes a much more modest risk," he says.

Specifically, for every 1.8 ounces of processed meat eaten daily, the risk of colorectal cancer goes up about 18 percent over what it would have been if you didn't eat processed meat, according to the IARC. Those are relative risks — and the risk of developing colorectal cancer is fairly low to begin with. The quantitative risk, Clinton says, "is not even in the same ballpark as cigarette smoking."

Q: Is this really all that new?

A: No. The findings have been out there for several years. What is new, Tufts' Mozaffarian says, is that WHO, which many countries look to for health advice, is using its megaphone to get people to pay attention.