Accessibility links
So Good You'll Scream? A Cookbook From Horror Icon Vincent Price : The Salt A Treasury of Great Recipes, by the famed horror film actor, was out of print for decades until this month. It turns out, Price was also a foodie with an "omnivorous appetite," his daughter tells us. 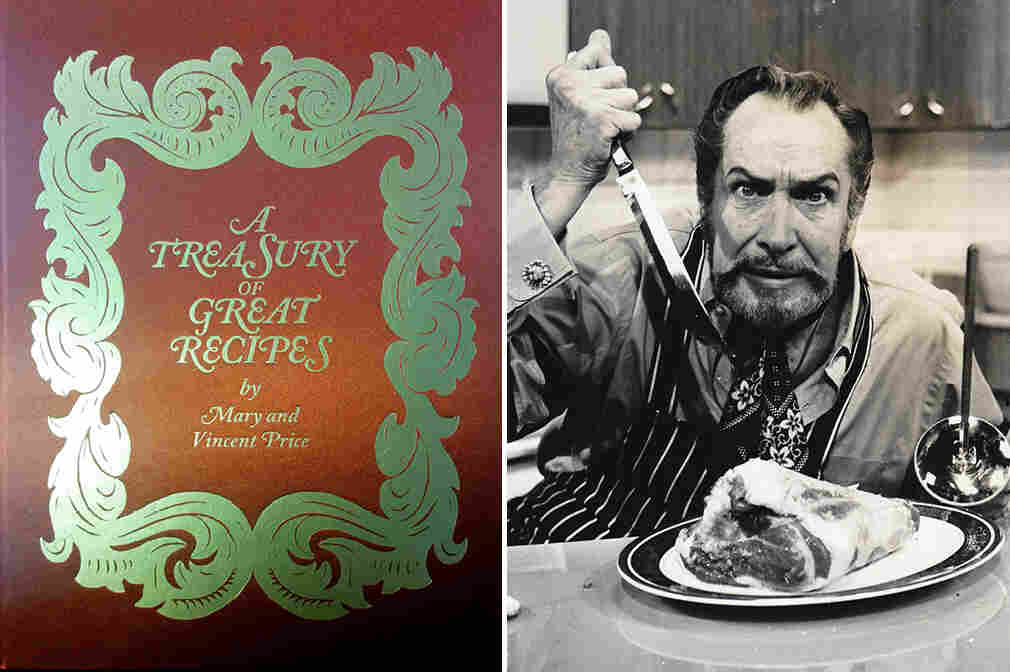 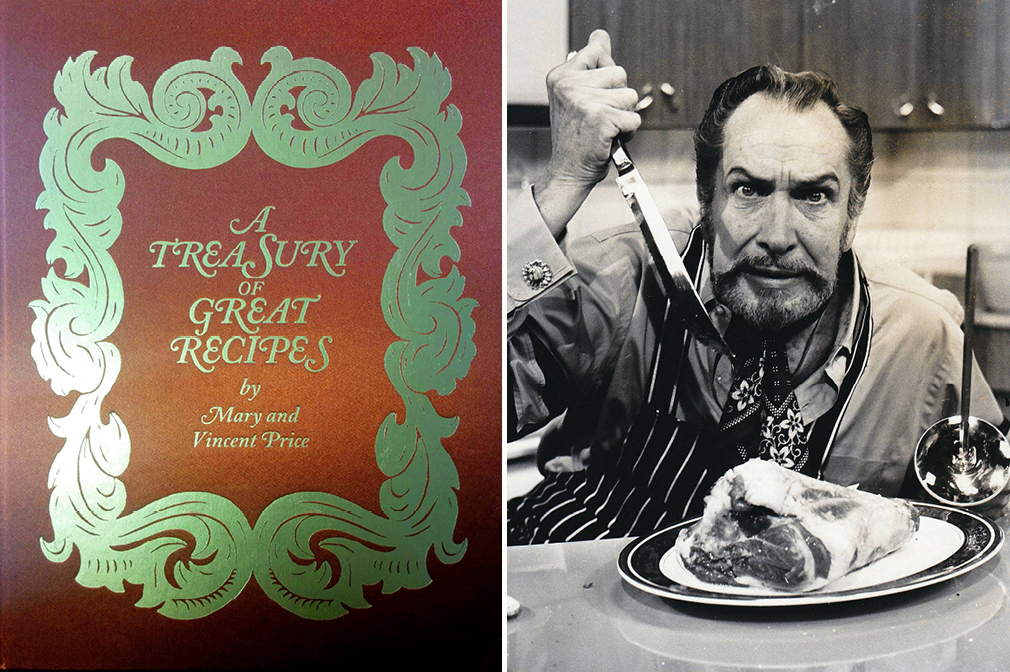 Famous horror film actor Vincent Price also co-wrote a best-selling cookbook in the 1960s with his then-wife, Mary. The original cover of the book, A Treasury Of Great Recipes, is seen at left. It's just been reissued.

The late Vincent Price was a horror film icon. With perfect elocution, he delivered creepy invitations to haunted houses in such movies as House of Wax (1953) and House on Haunted Hill (1959). He was a regular on TV's Hollywood Squares and a villain on the 1960s TV series Batman. Price's deep voice narrated Michael Jackson's 1982 music video for "Thriller" and was an inspiration to director Tim Burton. But Price was also a foodie. 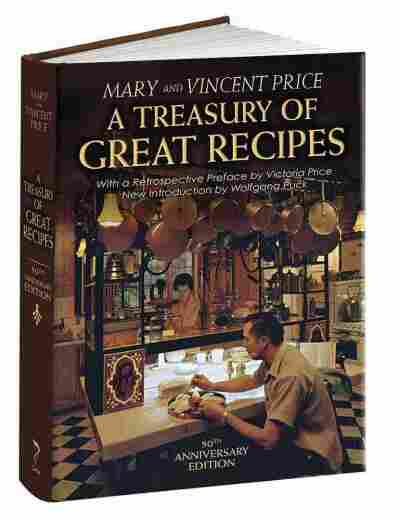 A Treasury of Great Recipes

"He had an omnivorous appetite for life and for food," says Victoria Price of her father, who was also an art collector and consultant who founded an art museum in California. (He encouraged people to buy works of art by Pablo Picasso and other modern masters from Sears.)

Price and his second wife, Mary, were such food connoisseurs that in 1965, they wrote a best-selling cookbook, A Treasury of Great Recipes. It's been out of print until now. Victoria helped get the book reissued for its 50th anniversary, with a preface by chef Wolfgang Puck.

Victoria Price remembers her father spending hours perfecting creme brulee, and hosting lavish dinner parties at his Beverly Hills mansion. She writes of her mother, a costume designer, creating the perfect atmospheres for the parties: She once copper-glazed an entire set of dishes for one meal.

Their guests included Hollywood producers, artists, comedian Fanny Brice's son, Grace Kelly's publicist, even a young actor by the name of Dennis Hopper. And what the Prices served was just as eclectic — from recipes they'd gathered as they traveled the world. Their cookbook includes dishes from some of the most famous restaurants in Europe, the U.S. and Mexico. 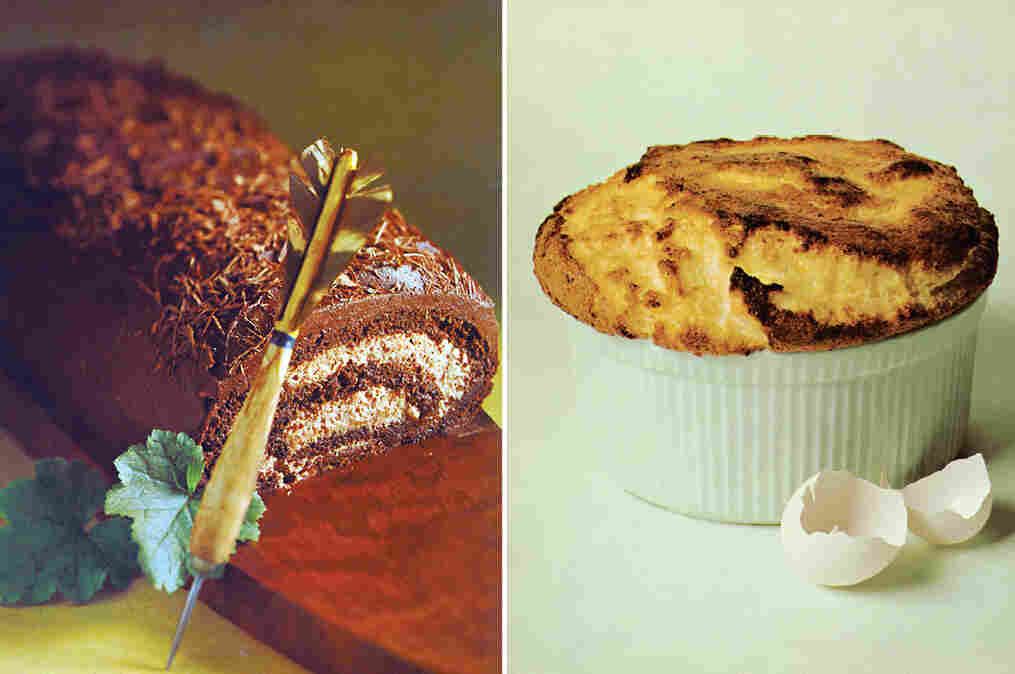 "If you eat some of these recipes one too many times, I think your cholesterol level might just go ballistic. There's a lot of butter; there's a lot of heavy cream. But the ones that are people's favorites are actually pretty easy to make, and they're kind of classic," says Price.

Price says her folks also believed that gourmet was not just for the elite and that ambience was everything. So they also included recipes for French toast, which they used to eat on the Santa Fe train from LA to New Mexico, and hot dogs, like the kind they relished while watching the Dodgers play baseball.

Vincent and Mary both liked to cook, as they told TV's This is Your Life in 1973. "We each have our specialties," Mary admitted. "So together we add up to be one pretty good cook."

The Prices divorced that same year. But their cookbook has remained a collectible classic.

Victoria Price says for years, chefs have treasured the book, and many readers have told her about how much they've loved to cook from it, often given as a wedding gift.

Price can still remember having to curtsy at her parents' dinner parties. And she recalls her father's wicked sense of humor. With NPR, she shared one Halloween memory, of going house to house in Beverly Hills: "My dad would accompany us, and would jump out of bushes and scare the owners of the house," she says. "So we got the treat and they got the trick."

With his cookbook in print again, Vincent Price lives on.