Accessibility links
Do We Waste A Lot Of Pumpkins We Could Be Eating? : The Salt Halloween pumpkins are nutritious and perfectly edible — if they haven't been carved and left outside for days. And yet we throw almost all of them away. Here's what happened when we cooked with one.

Do We Waste A Lot Of Pumpkins We Could Be Eating?

Do We Waste A Lot Of Pumpkins We Could Be Eating? 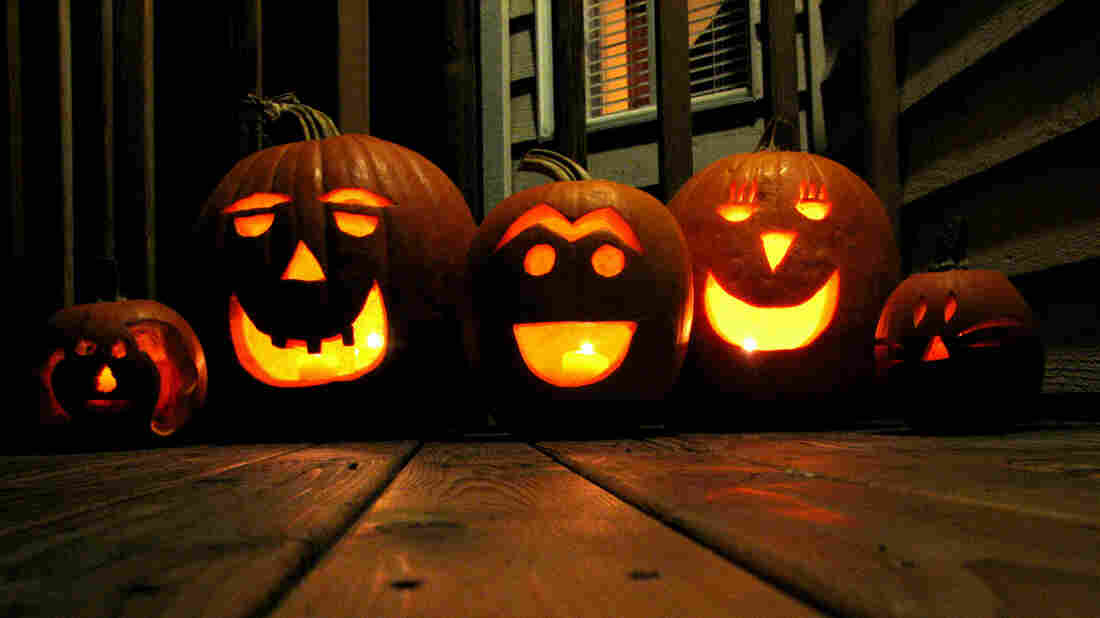 You probably wouldn't want to eat these Jack O'Lanterns since they've been carved and sitting out. But this variety of pumpkin is perfectly edible and nutritious. Wildcat Dunny/Flickr hide caption 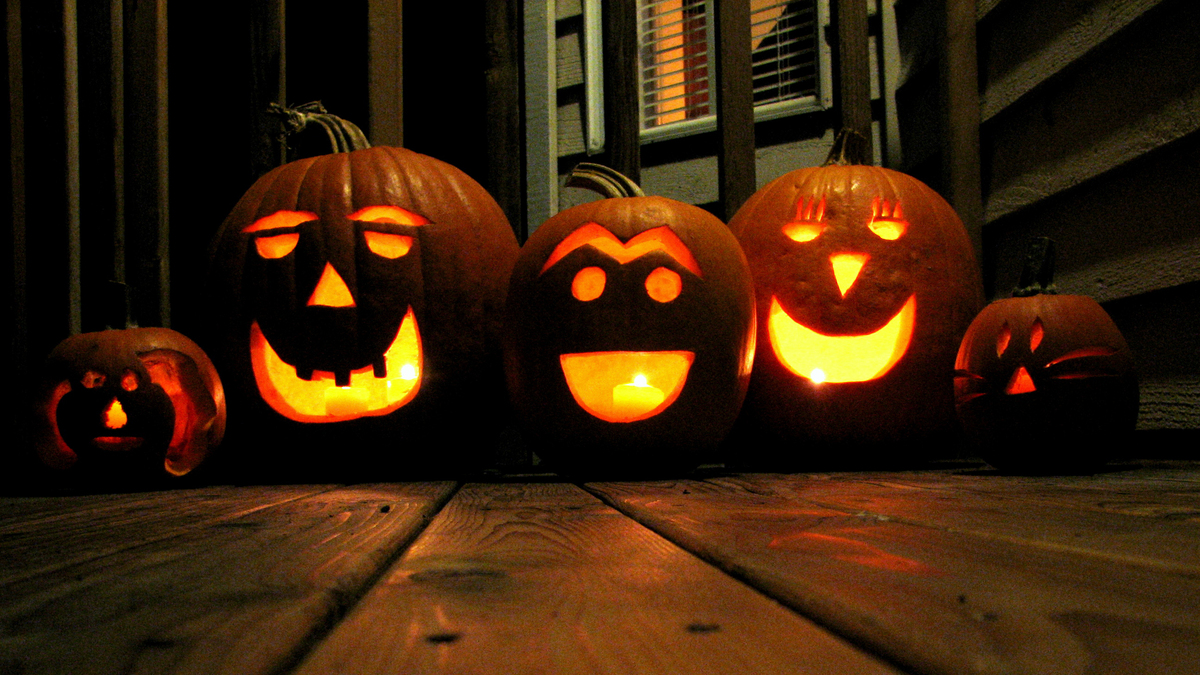 You probably wouldn't want to eat these Jack O'Lanterns since they've been carved and sitting out. But this variety of pumpkin is perfectly edible and nutritious.

Pumpkins of almost any variety have flesh high in fiber and beta carotene. Their seeds, delicious when toasted or baked, can be rich in potassium and protein.

But we didn't eat the vast majority of the 1.91 billion pounds of pumpkins grown in the U.S. in 2014, according to the U.S. Department of Agriculture. Instead we, of course, carved faces into them, set them aglow and perhaps left them to sit outside for days. And then we tossed them.

A Spooky Tale In Time For Halloween: Weather Cuts Into Pumpkin Crop

Earlier this week, the U.S. Energy Department warned that when Halloween pumpkins end up in the landfill, they generate greenhouse gas emissions. The agency is hoping to turn them into energy and fuel one day soon.

That got us wondering: Could we be eating more pumpkins, too? About a fifth of the pumpkins we grow are processed for food products liked canned pumpkin. But given all the attention on food waste these days, it seems a shame that so many of the rest of these fresh, nutritious fruits never make it onto the table. 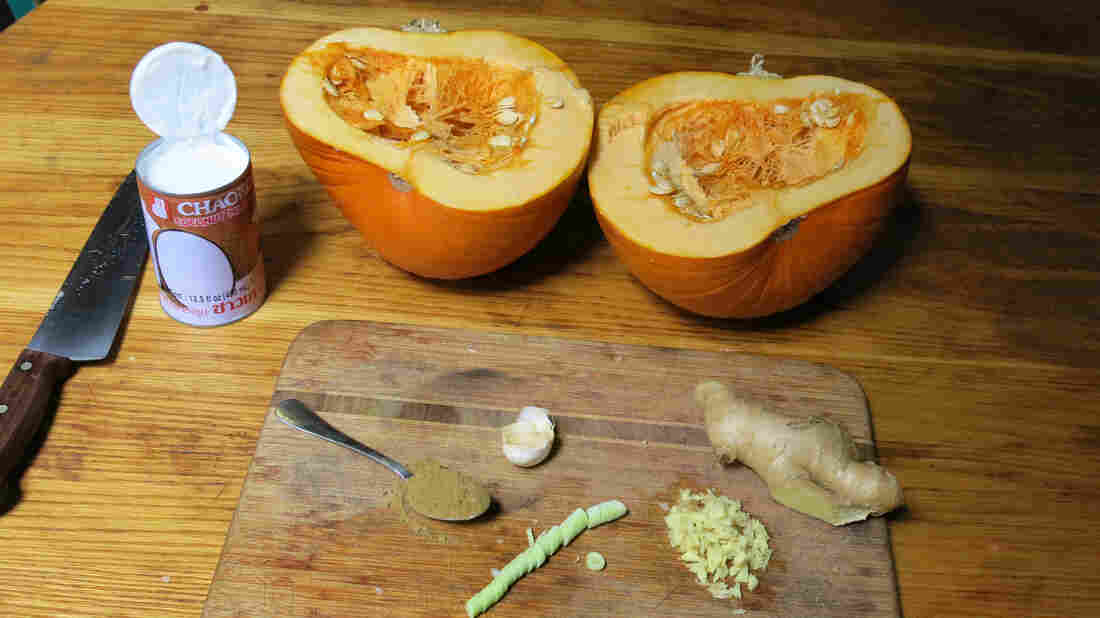 Prepping a Howden pumpkin – the most common variety for decorative uses — for soup. Alastair Bland for NPR hide caption 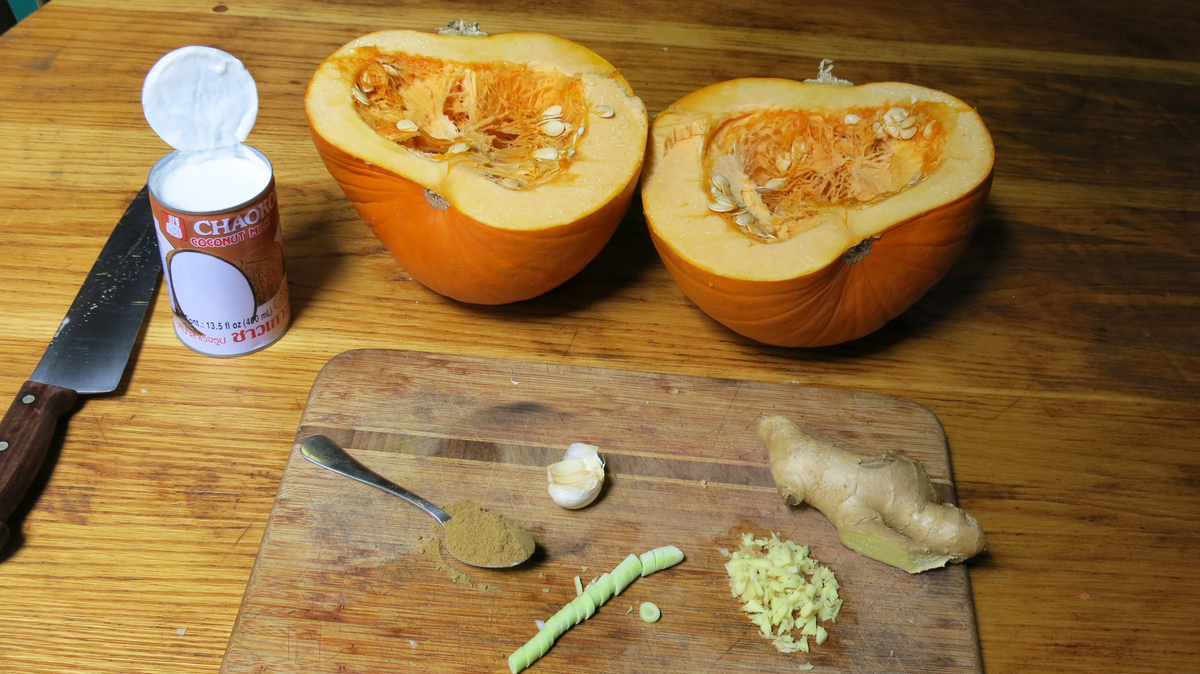 Prepping a Howden pumpkin – the most common variety for decorative uses — for soup.

The Howden pumpkin – the most common variety for decorative uses – has been bred for size, shape, color and having a handle-like stem for easy carrying, according to Katie Kammler, horticulture specialist with the University of Missouri Extension. "If it was my choice, [carving pumpkins] are not what I'd want to eat," Kammler says. Instead, she'd prefer one of the smaller, denser, sweeter varieties – like the jack-be-little, Jarrahdale, sugar pie, Hubbard or kabocha, which have been selected over time for flavor and texture.

New York Chef Dan Barber, who has lately been trying to raise awareness around food waste, agrees Halloween pumpkins aren't so delicious (but are perfectly edible).

"You could forgo the carving, and repurpose your intact pumpkin for some slightly sub-par puree," he tells The Salt by email. "If you go that route, I'd recommend using the puree for baking; sugar and spices will go a long way in improving the taste."

Or how about coconut milk? That's what we added to pumpkin soup – with very good results. 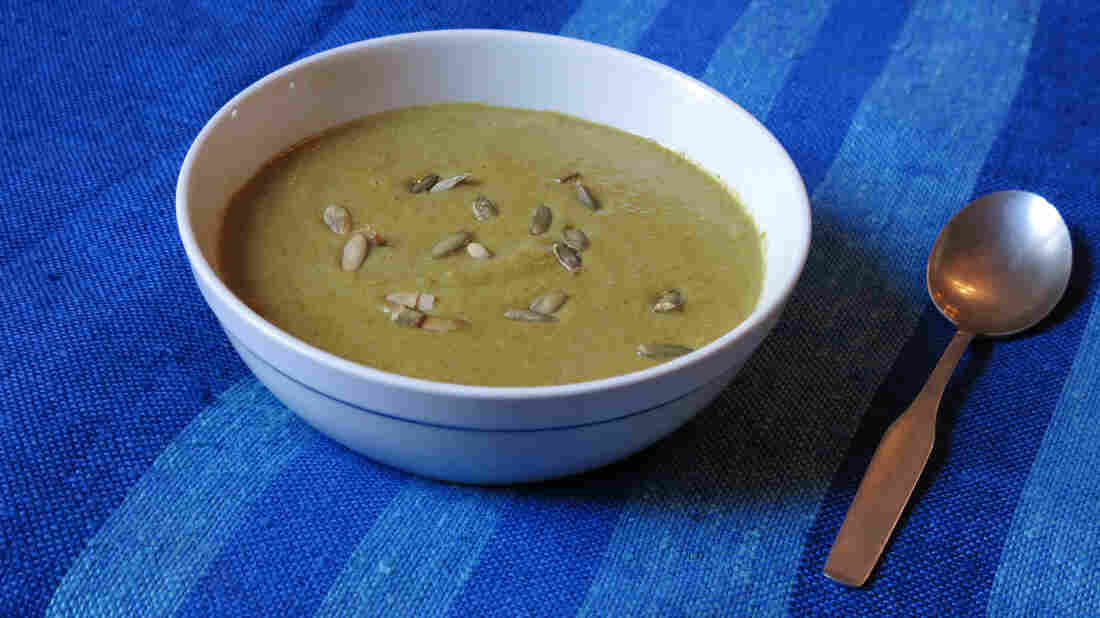 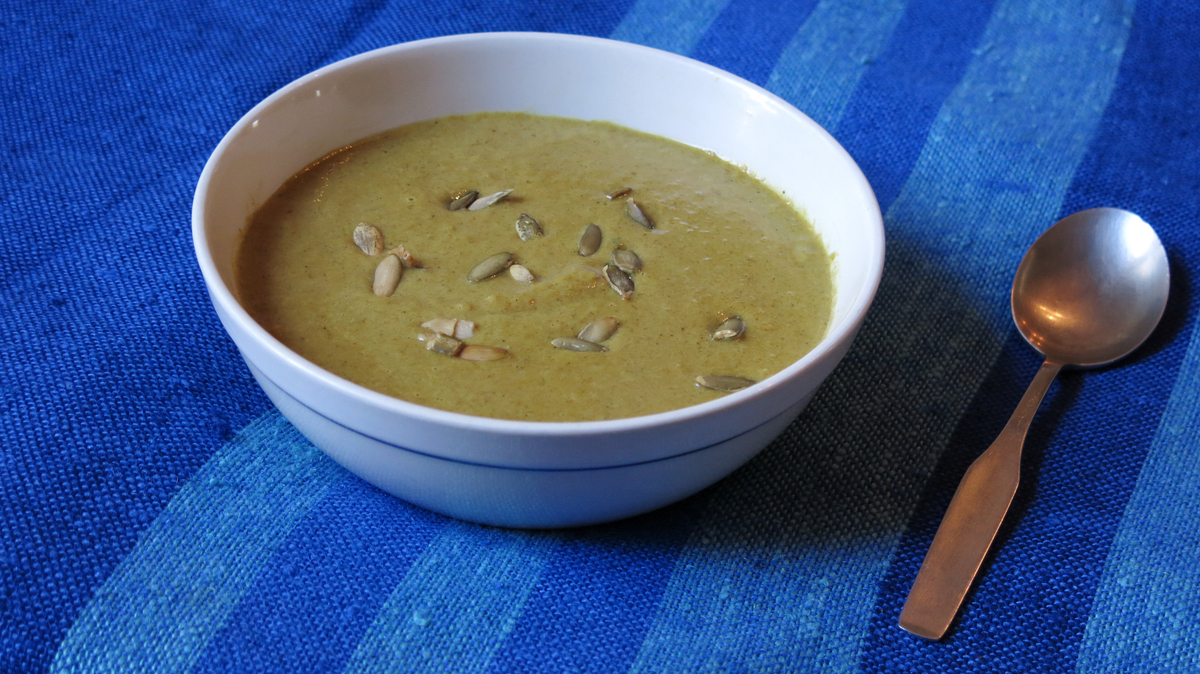 Adding coconut milk to curried pumpkin soup will give you very good results.

We purchased a 12-pound Howden pumpkin and turned to this Epicurious recipe for curried pumpkin soup for inspiration.

We scooped about five cups of flesh out of the skin and coarsely chopped it. We then simmered it with coconut oil, onions, ginger and garlic. Adding spices, coconut milk and fish broth, we let it bubble away for 40 minutes before pureeing in a blender. The resulting soup was spicy and rich, and seemed to be a great way to use a carving pumpkin, which is naturally a bit more watery than a Hubbard or kabocha.

Now, granted, eating your Halloween pumpkin this way means not carving it.

So what if you already carved it? By the time Nov. 1 rolls around, it admittedly could be pretty nasty.

For Thanksgiving, Pumpkins That Won't Be Found In Cans

When we asked the Food and Drug Administration whether they recommended eating Halloween pumpkins, spokeswoman Lauren Sucher demurred. "They may have been left outside for days and exposed to dirt and insects, and possibly wax and smoke," she says. "The FDA recommends that consumers who want to use their pumpkins for food set aside those parts, such as pumpkin seeds, and roast them soon after carving."

Another government agency – the one most concerned with food waste – agrees that there isn't much of a movement to eat Halloween pumpkins. Jean Buzby, an economist with USDA's Economic Research Center, says she isn't aware of any significant efforts to curb pumpkin waste or make better nutritional use of them.

But this doesn't mean there aren't better things to do with unwanted or rotting pumpkins than putting them in landfills. Kammler says they make great livestock feed.

Another suggestion from Chef Dan Barber? "Donate your pumpkin to compost at your local farmer's market—so if it doesn't feed us, at least it's feeding critters below ground."

Or next time, just buy the flavorful varieties instead and enjoy them in the prime of the season.

An earlier version of this story stated incorrectly that pumpkin seeds were rich in vitamin B-12.