Accessibility links
Move Over, Yellow 6. More Natural Colors From Plants Are Coming : The Salt From purple carrots and cabbage to grapes, the food industry is finding new ways to derive natural colors from plants. It's happening just as consumers are pushing Big Food to ditch artificial colors. 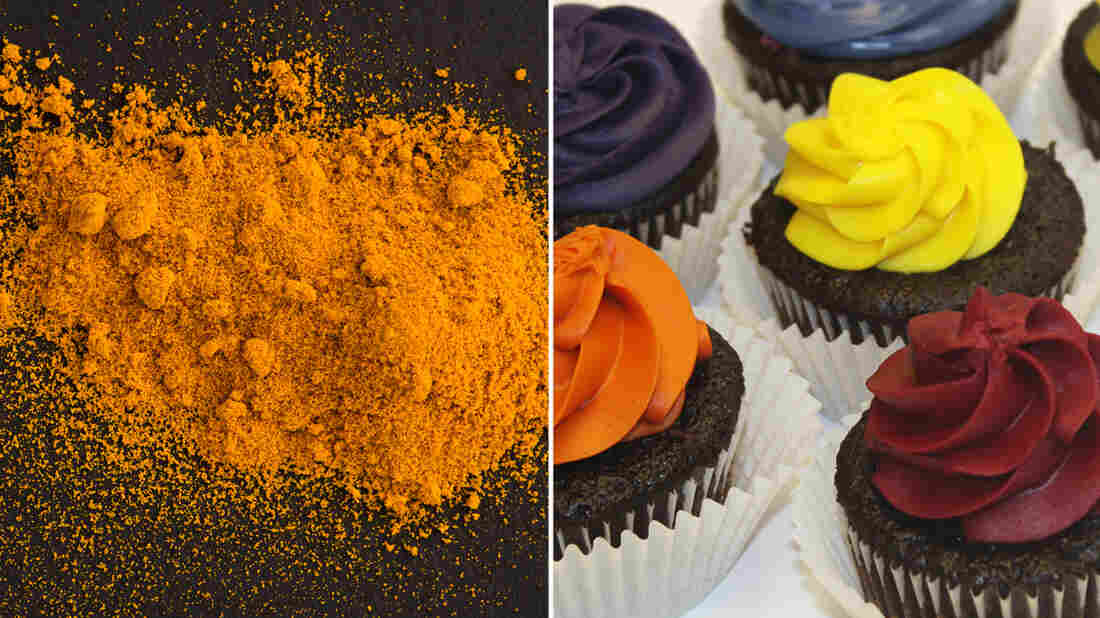 Turmeric, on left, was used to make the yellow in the cupcakes on the right. NPR; Courtesy of colorMaker Inc. hide caption 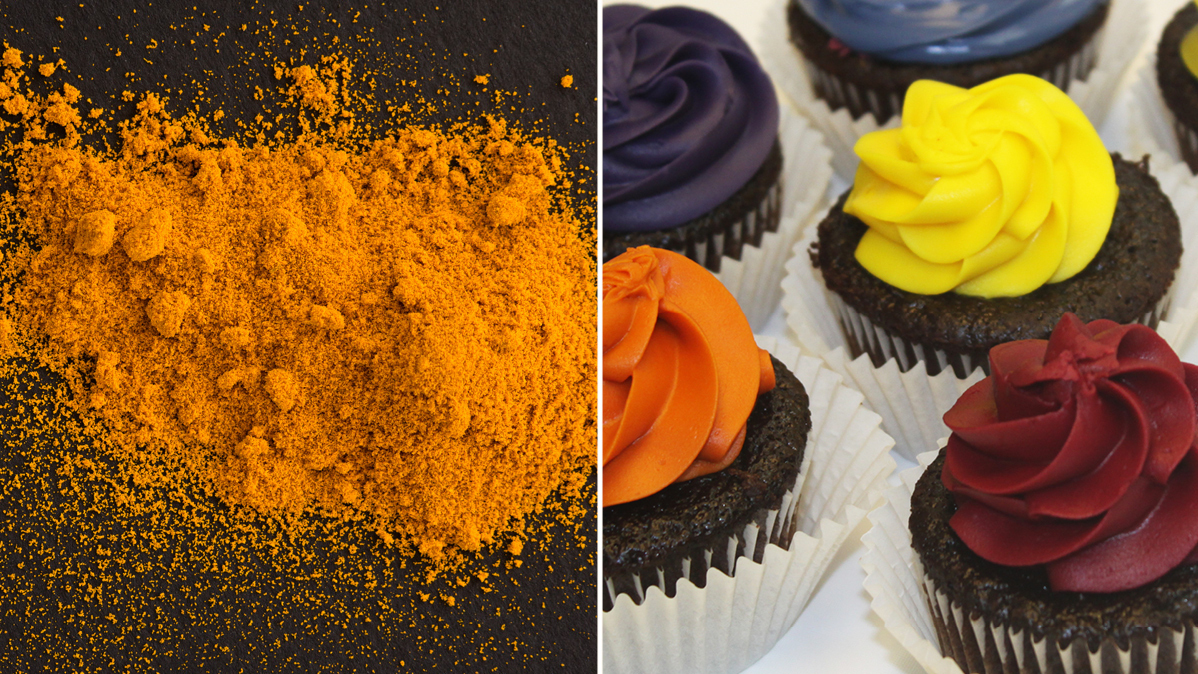 Turmeric, on left, was used to make the yellow in the cupcakes on the right.

Not long ago, I tried a new kind of Doritos tinted a shade of orange that I'll wager does not exist in the vegetable world. These JACKED Ranch Dipped Hot Wings Flavored chips were so intensely tinted that after four chips, I had to stop eating them. My mind simply wouldn't accept them as food.

What was behind that exceedingly bold hue of orange? Red 40, Blue 1, Yellow 6, Red 40 Lake, Yellow 6 Lake and Yellow 5 Lake, according to the label.

Artificial colors like these are widely used in packaged food and considered safe by the Food and Drug Administration.

Yet an increasing number of food companies are moving away from synthetic colorings and toward plant-based ones, according to Carol Culhane, president of International Food Focus Limited, a Toronto-based firm that helps American and Canadian food manufacturers comply with food regulations.

Culhane says demand for natural colorings – which can be derived from a variety of fruits and vegetables – took off after a 2007 study in the Lancet linking artificial colors with hyperactivity in children. 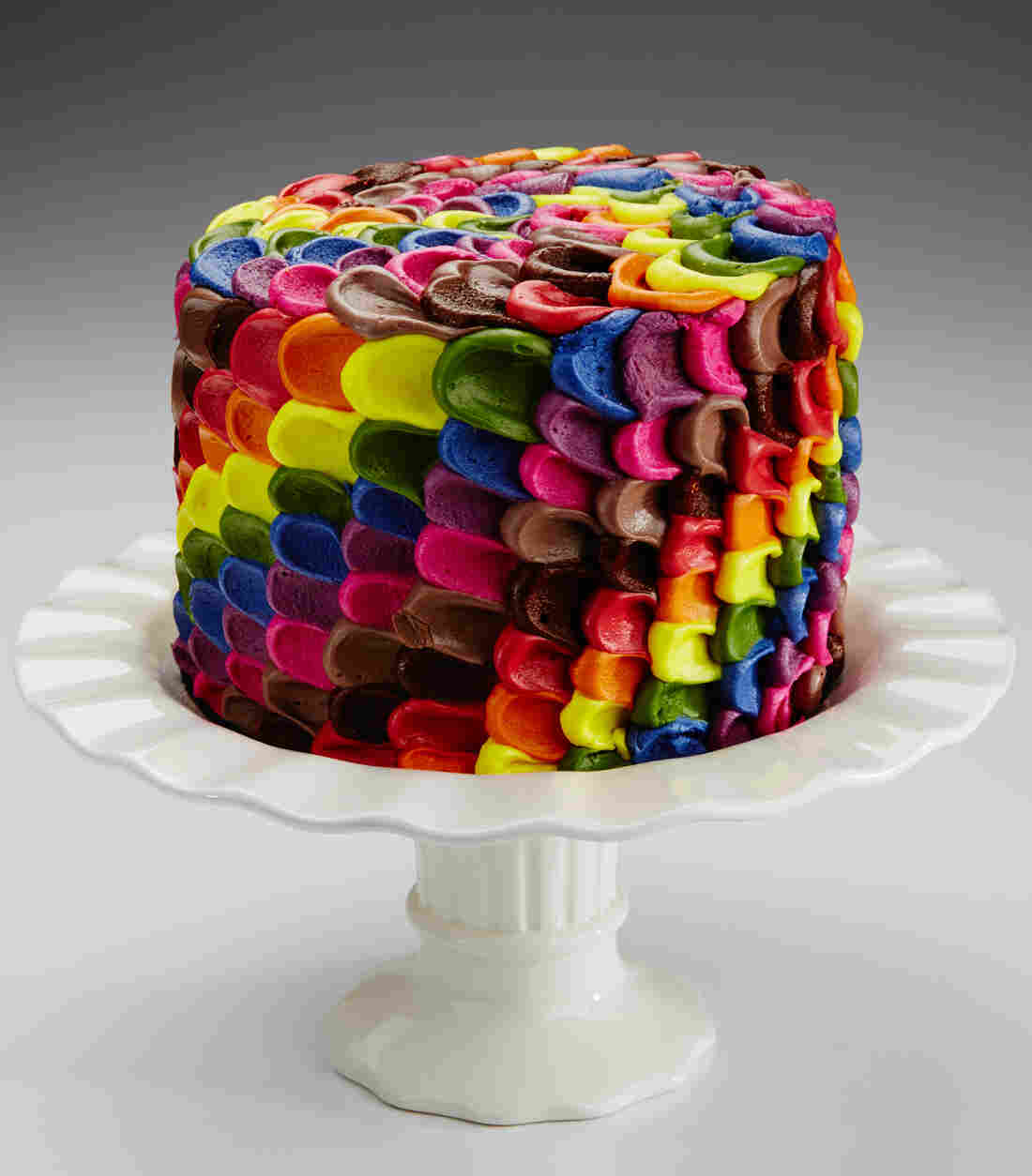 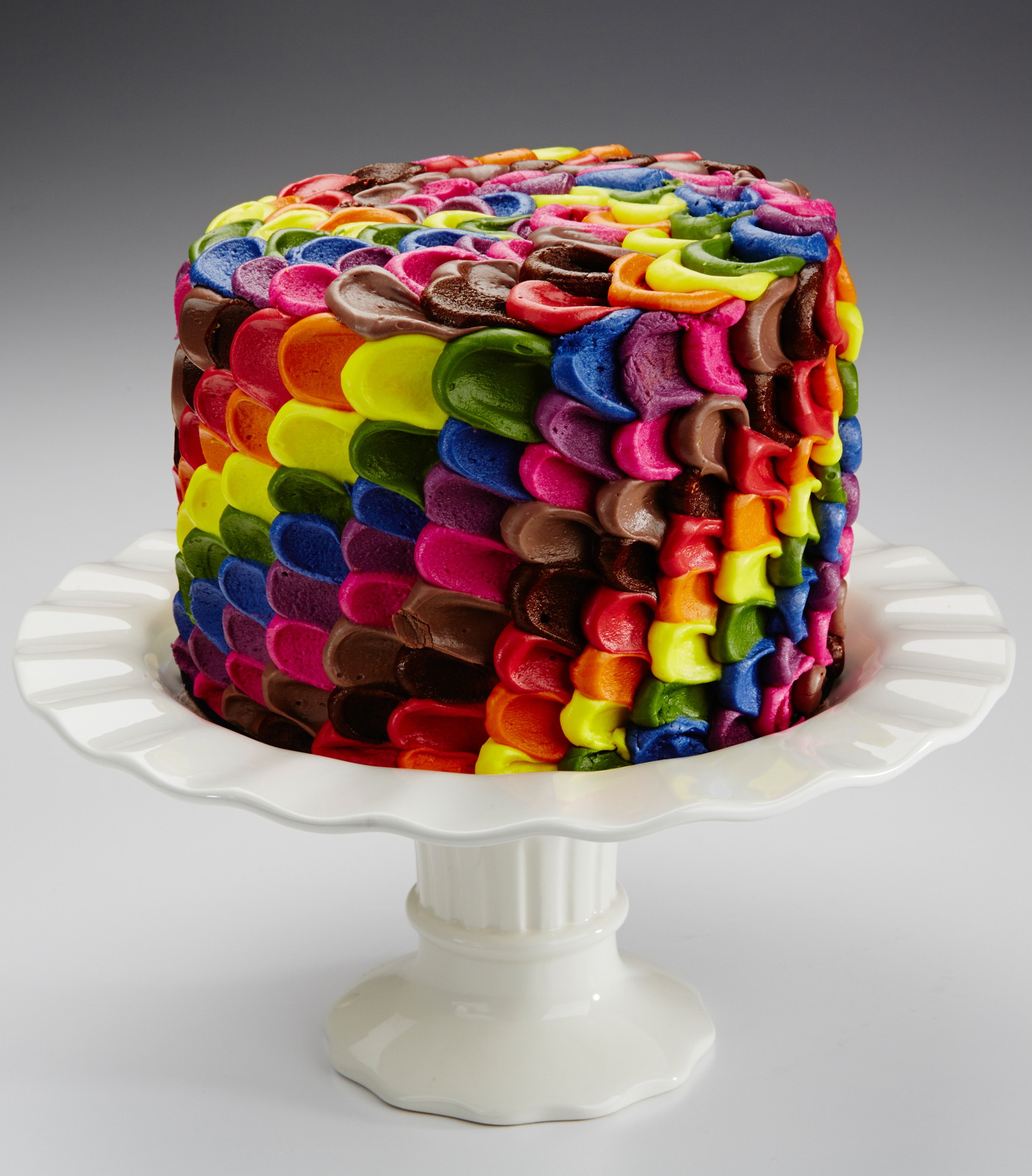 Culhane cautions that the 2007 study's findings were preliminary and were not necessarily statistically significant. Nonetheless, she says, "the food industry wanted to take a precautionary stand" and many companies began working to replace artificial colorings with natural colorings in everything from cereal to soft drinks to powdered cheese.

They include Kraft, which announced in April that its classic macaroni and cheese will debut in 2016 without synthetic colors, and Panera Bread, which pledged to ditch artificial colorings and other additives by the end of 2016. General Mills is taking artificial colors and flavors out of its cereals by the end of 2016, and Nestle made the same announcement about its chocolate candy products, with a deadline at the end of this year.

But making food colors from plants is often more expensive than making in them in a lab. That's because when you're dealing with plants, Culhane says, you have to deal with a lot more fluctuations, thanks to Mother Nature. For example, she says, in a factory, companies can make as much of a synthetic color as needed at any given time the exact same way, and keep the price consistent. But pigments in real vegetables can vary from field to field, region to region and year to year.

Now that the string of announcements from Big Food is ratcheting up demand for colorings from plants even higher, companies are looking for new ways to derive bold hues from everything from grapes to carrots to beets.

In the October issue of Food Technology, Karen Nachay of the Institute of Food Technologists rounded up some of the new fruit- and vegetable-derived coloring options on the market. The Salt reached out to three of those companies toget the lowdown on how they do it.

colorMaker of Anaheim, Calif., uses a wide variety of fruits and vegetables to make a full spectrum of natural colorings – from purple carrots and red cabbage to beets and grapes. Stephen Lauro, the general manager of colorMaker, says the company gets its fruits and vegetables in juice form from growers from all over the world: grapes and beets from the U.S., red cabbage from China, purple carrots from Eastern Europe, turmeric from India and more. The custom natural color blends can be found in kid cereals, ice cream, candy and stuffed pasta. 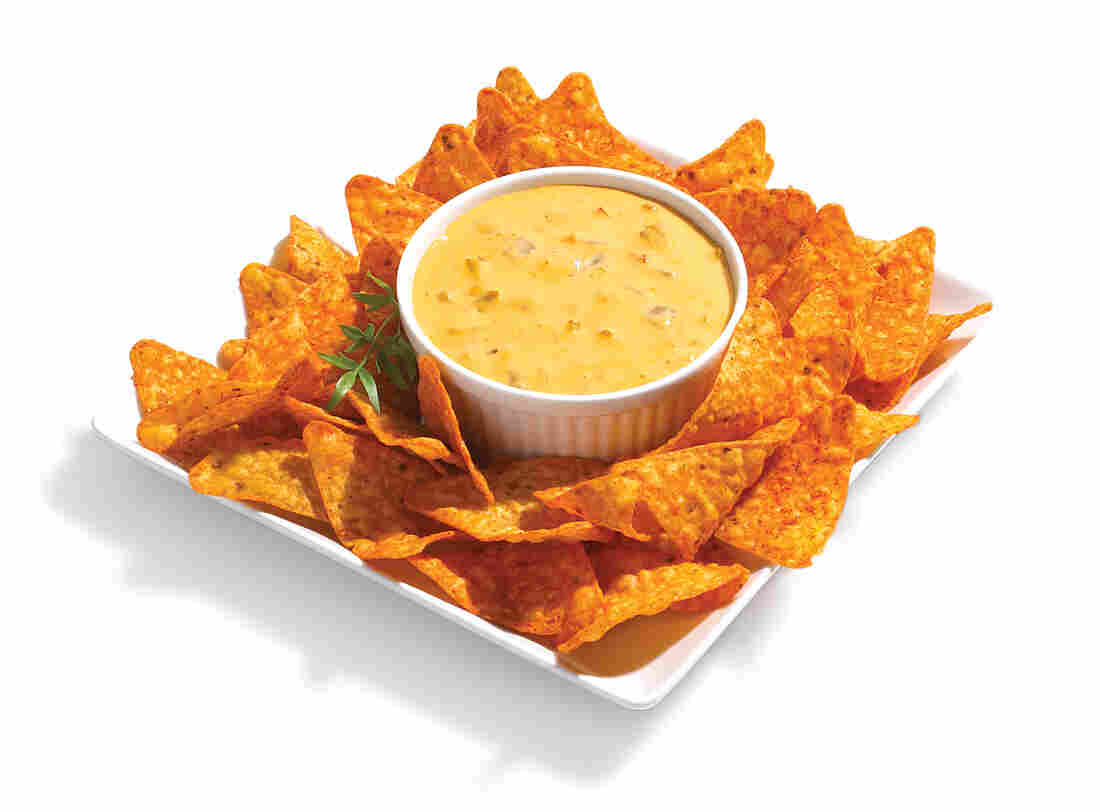 Cheese dip is one type of food that Kalsec's natural colors derived from carrots might go into. Courtesy of Kalsec hide caption 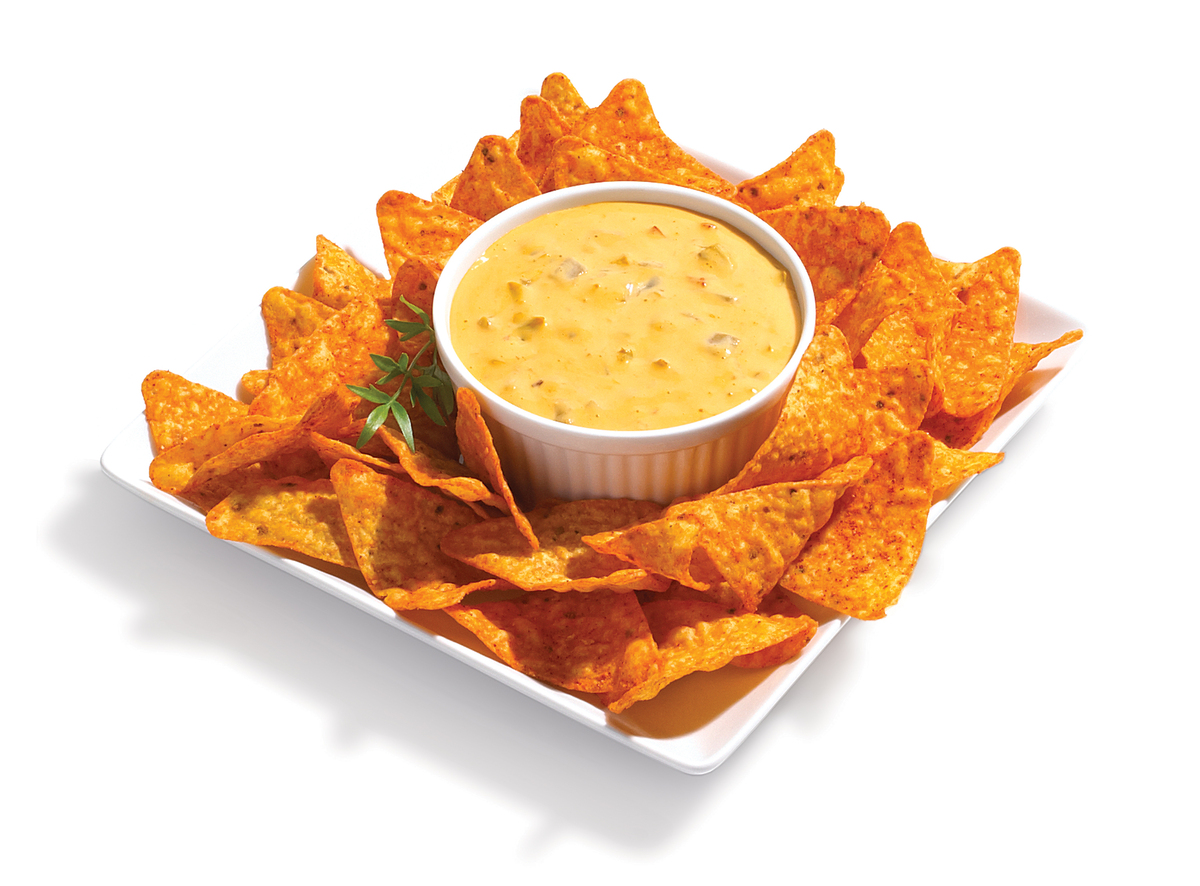 Cheese dip is one type of food that Kalsec's natural colors derived from carrots might go into.

In the past few years, Lauro says more food companies have come to colorMaker asking for more natural-looking colors – not just replicas of the artificial version that look artificial (like those JACKED Doritos). "[They] don't want a red color that looks like red 40," says Lauro. "That was a major shift," spurred by consumers.

Kalsec has been making natural colors for more than 50 years and is one of the world's largest extractors of color from carrots. The Kalamazoo, Mich., company contracts with growers across the U.S. to produce them. "We have a certain variety and a certain seed mixture that works the best for us in terms of getting the best yield and the best color that we can," Gary Augustine, Kalsec's executive director of market development, tells The Salt. Augustine compares the process used to extract the concentrated color from the carrots to the process used to make coffee from grinds in a coffee maker. 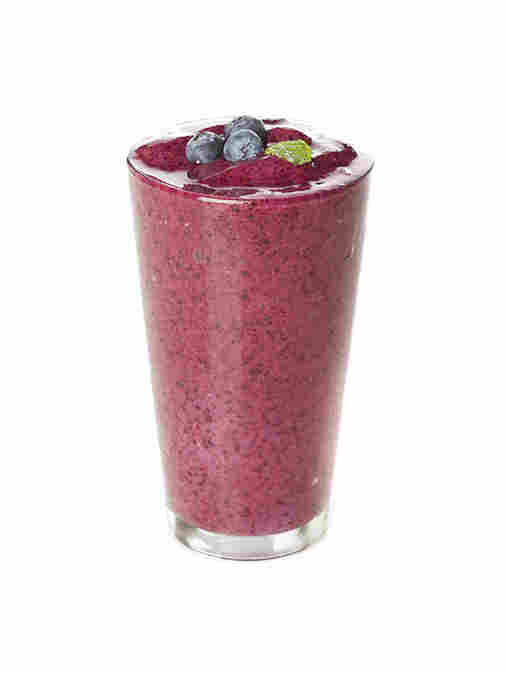 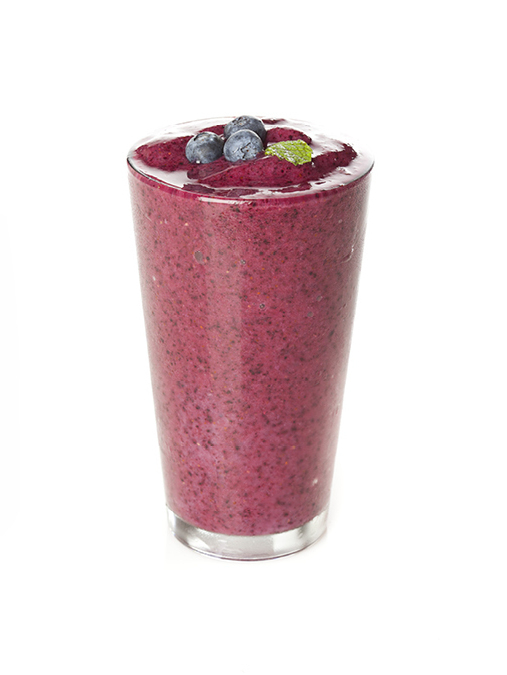 Because natural colors are not as stable as artificial colors, Kalsec applies its patented Durabrite technology to its naturally sourced colors, making them more stable against light, heat, oxygen and trace metals. The yellow or orange natural coloring that comes from the carrots might be used in products like margarine or snack chips. "Consumers are looking for more naturally sourced ingredients," Augustine says. "They want what we would call 'cleaner' labels."

San Joaquin Valley Concentrates, a subsidiary of E. & J. Gallo Winery, creates natural shades of red, pink and purple from Rubired grapes, purple carrots and purple sweet potatoes in Fresno, Calif. The colors come in crystal and liquid forms. SJVC also sells anthocyanins — the blue, purple or red pigments – in those fruits and vegetables that give them their gorgeous red, pink and purple shades, according to Tracy Takeda, a product development technologist for the company, in an email. (Anthocyanins are also antioxidants, with a variety of healthful properties.)

Takeda says the Rubired grape is only grown in the San Joaquin Valley of California, and is a favorite because it's more stable than other fruit colors. You might see its reddish hue in things like beverages, candy or frozen fruit bars.