Accessibility links
Why Chipotle's Hard Line On Swine Antibiotics Is Now Blurry : The Salt Some Chipotle restaurants now sell pork from pigs that received antibiotics to treat illness. It's a move that acknowledges the drugs can be used responsibly on farms. 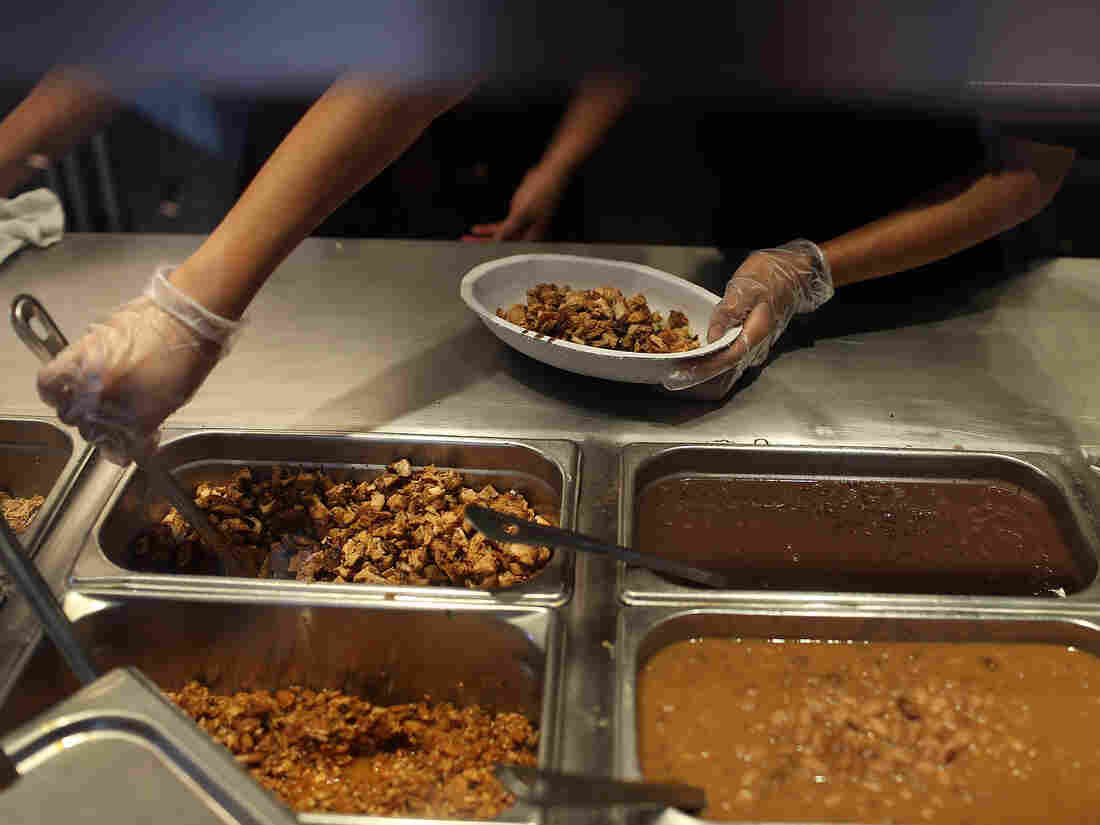 Chipotle restaurant workers fill orders for customers. The company is now sourcing some of its pork from a British supplier that uses antibiotics to treat pigs when ill. Gail Hansen, a veterinarian and longtime critic of antibiotic overuse on farms, welcomes this shift in Chipotle's stance on the drugs. Joe Raedle/Getty Images hide caption 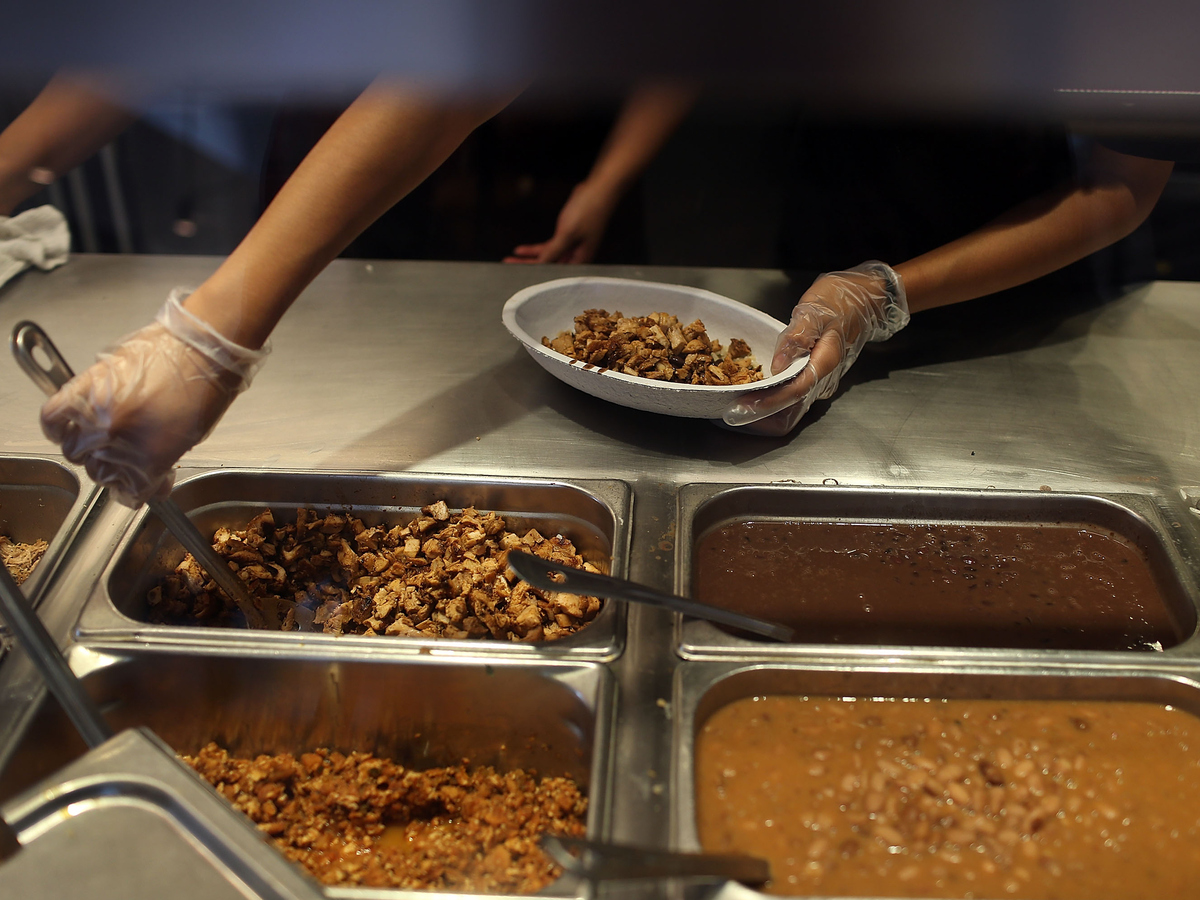 Chipotle restaurant workers fill orders for customers. The company is now sourcing some of its pork from a British supplier that uses antibiotics to treat pigs when ill. Gail Hansen, a veterinarian and longtime critic of antibiotic overuse on farms, welcomes this shift in Chipotle's stance on the drugs.

When you're a nationwide food company, it can be tough to live up to your own lofty marketing slogans.

Chipotle claims to serve only "food with integrity." But some of that food, it appears, may have infected a couple of dozen customers in Oregon and Washington state with E. coli bacteria over the past week or so.

Chipotle is also having difficulty living up to another claim: its promise to sell only meat that's "antibiotic-free" — or "produced without the use of antibiotics."

It's an increasingly popular label among consumers. Chipotle has ridiculed its drug-using competitors with catchy online videos featuring cartoon versions of big meat factories, where machines inject animals with drugs that turn them grotesquely plump.

In reality, though, Chipotle's hard line on antibiotics isn't quite as uncompromising as the ads make it seem. The company's suppliers can, in fact, use these drugs.

That animal is sold to someone else, who usually pays less for the animals than Chipotle does. And Chipotle can say that its animals never get antibiotics.

"It's easier to explain to people," Arnold says.

Now, though, Chipotle is being forced to do a bit more explaining, because it's running into a pork shortage.

A lot of farmers don't want to raise pigs the way Chipotle demands. It's not so much because of restrictions on antibiotics. Chipotle also requires suppliers to let pigs root around outdoors or in buildings with dirt floors.

So to get enough pork, Chipotle has turned to a British supplier, named Karro, which has a different policy on antibiotics. It treats pigs when they get sick, and when they recover, those pigs go right back into the regular pork supply.

Some will become Chipotle's carnitas. Chipotle restaurants that serve pork from this supplier will have a little sign explaining how that pork is different.

Actually, the pork itself isn't different at all. There shouldn't be traces of antibiotics in any of it.

Veterinarian Gail Hansen points out that such residues are against the law in all meat, "so you're not eating antibiotic-laden meat."

Hansen explains that antibiotic use on farm animals is controversial for a different reason. When the drugs are overused, it can lead to more drug-resistant bacteria and a higher risk of human infections that are hard to treat.

She says that's a good reason to use antibiotics rarely — if possible, never. But she says that "never" is not always possible. "Sometimes bad things happen to good animals. Sometimes they need antibiotics, because they're sick," she says.

Hansen is a longtime critic of antibiotic use on farms. She previously worked at the Pew Charitable Trusts. But she doesn't believe in just banning the drugs.

"We tend to like to think of things in black and white when, really, we live in a gray zone," she says.

She's happy that Chipotle is stepping more openly into that gray zone, acknowledging that antibiotics will be used on occasion.

At the same time, some big traditional restaurant chains, like McDonald's, also are promising to cut back on antibiotic use.

In all these cases, Hansen says, it can be hard for a consumer to know whether companies are operating responsibly, because there is no black and white answer.

She wants the government to step in and verify that meat producers are using drugs only when necessary.