Accessibility links
CDC Investigating As E. Coli Outbreak Linked To Chipotle Sickens 39 : The Salt Thirty-nine people have been sickened with the same strain of E. coli in Washington and Oregon. Fourteen have been hospitalized. Most reported eating at several Chipotle locations before falling ill. 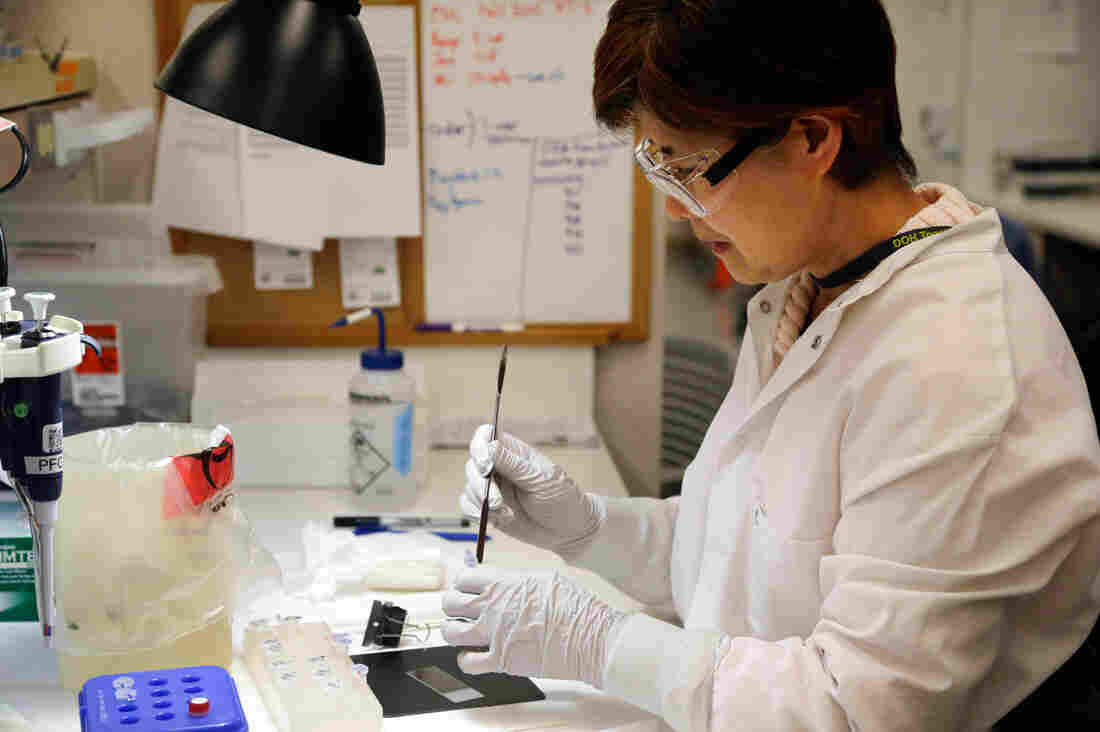 Microbiologist Mi Kang works to identify a strain of E. coli from a specimen in a lab at the Washington State Department of Health on Tuesday in Shoreline, Wash. Elaine Thompson/AP hide caption 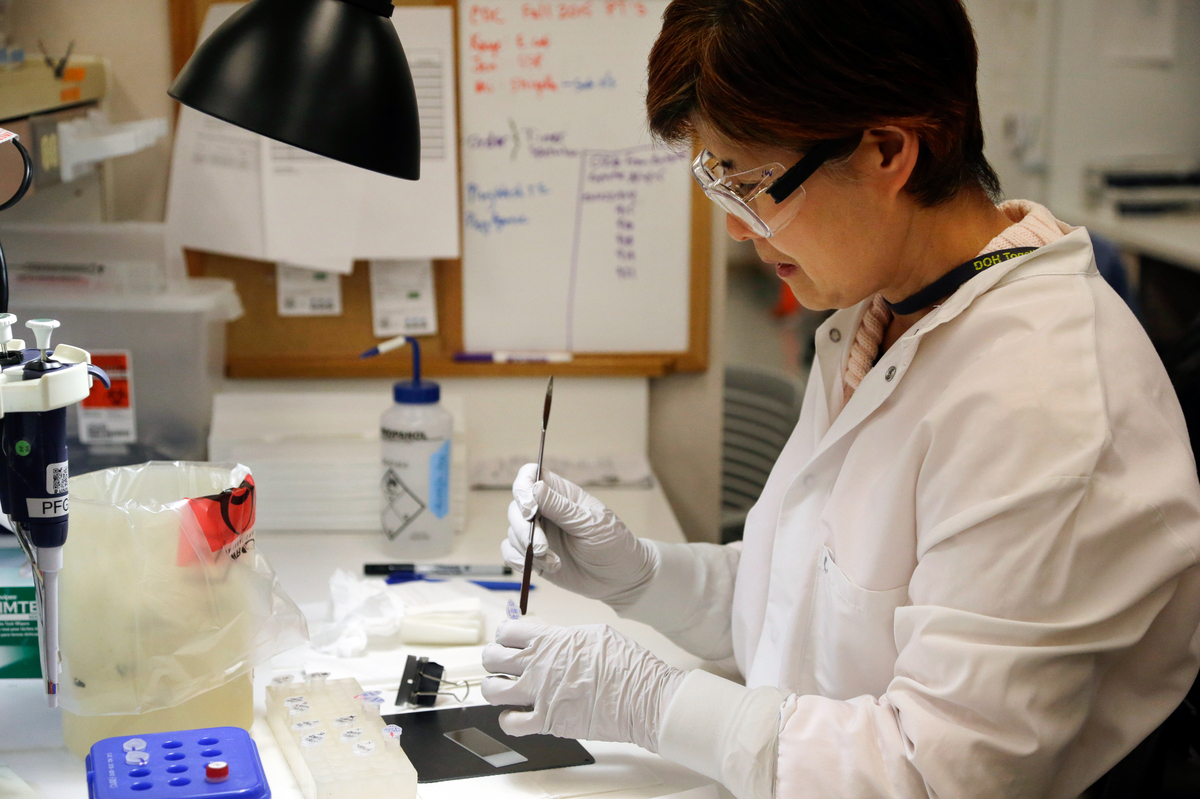 Microbiologist Mi Kang works to identify a strain of E. coli from a specimen in a lab at the Washington State Department of Health on Tuesday in Shoreline, Wash.

The Centers for Disease Control and Prevention is assisting the Washington State Department of Health and the Oregon Health Authority in investigating an outbreak of E.coli infections linked to Chipotle Mexican Grill.

Thirty-nine people have been sickened with a strain of E. coli known as Shiga toxin-producing Escherichia coli O26 (STEC O26) in Washington and Oregon. Fourteen people have been hospitalized in those two states.

The state health authorities have reported that most of the people sickened in this outbreak ate at several different Chipotle Mexican Grill locations before getting sick.

At this time, the CDC says it "does not have any information to suggest that Chipotle Mexican Grill locations in other states are affected by this outbreak."

The CDC has not determined the source of the infection. Officials are still trying to determine whether the people sickened in this outbreak in Washington and Oregon ate the same meal at Chipotle, or a common ingredient, that could be the source of the food poisoning.

"At this point no cause has been established between this issue and any ingredient," Chipotle said in a statement Wednesday night.

Earlier this week, Chipotle voluntarily closed 43 of its restaurants in Washington and Oregon "out of an abundance of caution," according to the company statement, "even though only eight restaurants have been linked to this incident."

"Reopening schedule will be determined by the pace and progress of the investigation. Right now, that is the top priority," Chipotle spokesman Chris Arnold told The Salt via email.

As we've reported, CDC investigators — using PulseNet, a network for tracking foodborne illness — can help identify whether there are other people who have fallen ill with the same strain of E. coli.

The CDC says it is working with state and local partners to continue laboratory surveillance to identify any additional people who may have been sickened by this outbreak and interview them.