Accessibility links
How President Obama's Trans-Pacific Partnership Might Stir Up Your Dinner : The Salt Trade deals don't just affect labor and manufacturing. They also have a way of changing the way we eat. From food safety to booze imports, we offer a cheat sheet on the new Pacific Rim trade deal.

How Obama's Trade Deal Might Stir Up Your Dinner

How Obama's Trade Deal Might Stir Up Your Dinner 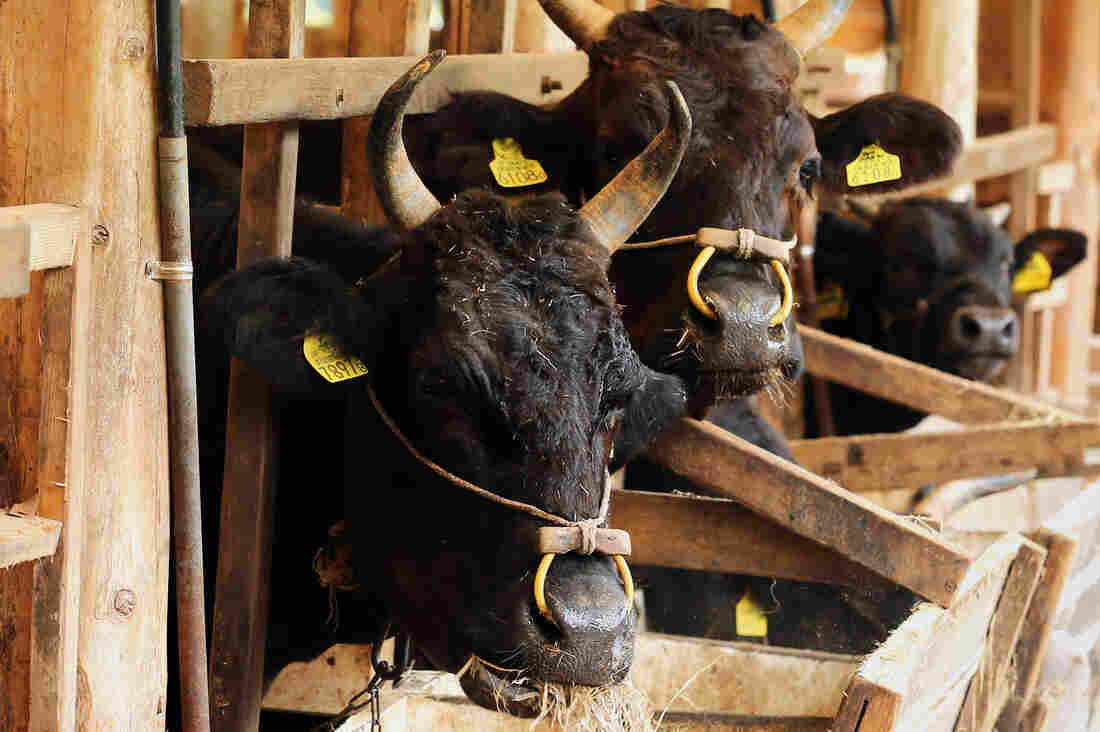 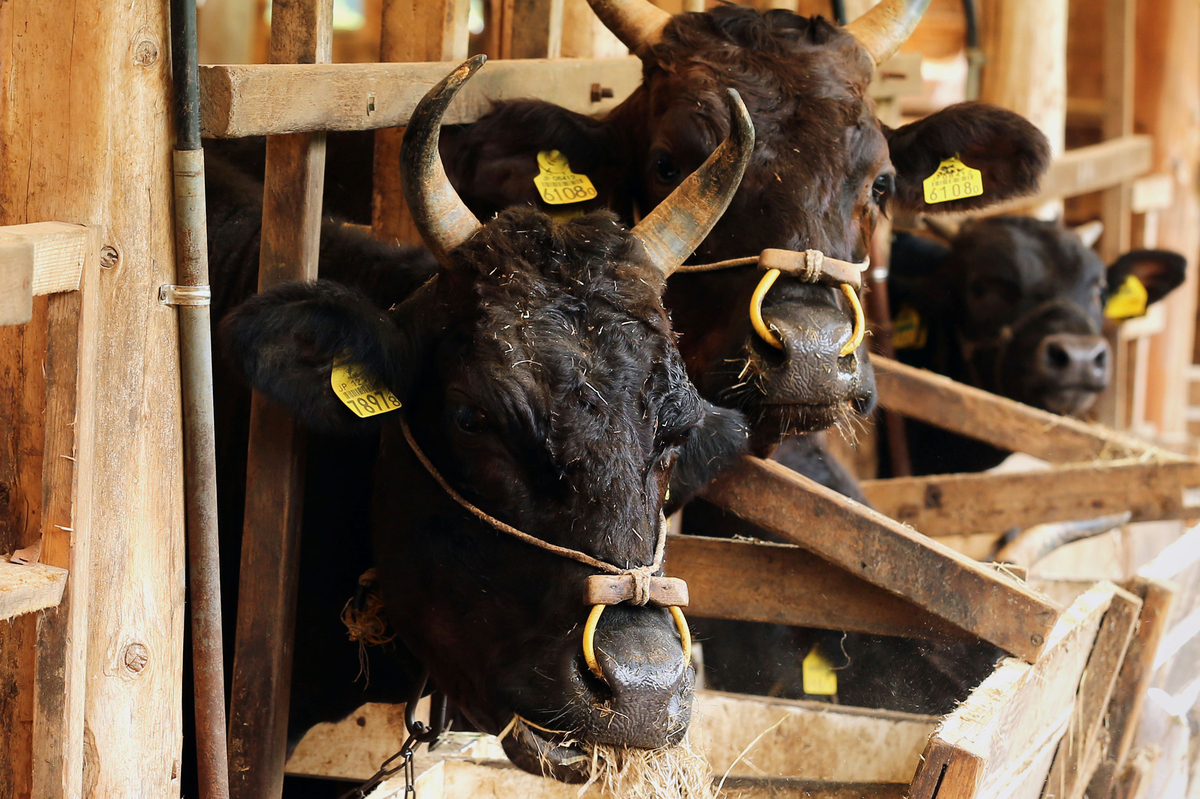 Tajima Wagyu beef cows at a cattle farm in Yabu City, Hyogo Prefecture, Japan. Japan won a provision in the new Pacific Rim trade deal that would push tariffs back up if its beef imports surge.

When President Obama announced the details of the Trans-Pacific Partnership on Thursday — and released them on Medium.com — there was a lot of talk about labor, the environment and manufacturing. But trade deals have a way of changing the way we eat, too.

Consider NAFTA, which boosted the availability of cheap avocados and winter tomatoes for Americans, while expanding Wal-Mart and processed food in Mexico. So now that we know the details of this new Pacific Rim trade deal, what might it mean for dinner — both in the U.S. and the 11 other nations party to the treaty? Herewith, a cheat sheet on the 2,000-plus-page deal:

Supporters of the TPP highlight the fact that the chapter on food safety and inspections will bring other countries up to U.S. standards and set rapid deadlines for resolving disputes over rejected shipments. Critics say the agreement gives countries new power to challenge food safety laws, which could be framed as "barriers to trade."

"It's hard right now for inspectors to make sure everything is safe," said Karen Hansen-Kuhn, director of trade, technology and global governance for the Institute for Agriculture and Trade Policy. Currently, about 2 percent of food imported to the U.S. is inspected. With more imports coming in, pressure to resolve disputes quickly, and no mandate for more regulatory staff, says Hansen-Kuhn, it's unlikely that inspections will improve.

Since rules on genetically modified foods differ from country to country, the agreement's market access chapter includes a section on "products of biotechnology" — think engineered corn and soy — and sets up a protocol for importing countries to decide on product safety. It also establishes a working group for the topic, suggesting that there's plenty more to be worked out.

The TPP does away with more than 18,000 tariffs in the countries party to the deal. American producers will gain access to new markets — and foreign producers will get access to ours. That includes a lot of food, much of which could become cheaper here, as low-cost imports intensify competition on price.

Pork: The American pork industry has become a net exporter in the past 20 years, says Nick Giordano, vice president for global government affairs at the National Pork Producers Council. The TPP will pave the way for exports to continue to grow. But America also imports a significant amount of pork. Tariff reductions on imports here could make all that foreign pork cheaper and push prices down in the U.S. — but also potentially threaten the livelihood of hog farmers.

Beef: The agreement doesn't do much for American beef producers, says the National Farmer's Union, because Japan won a provision that would push tariffs back up if imports surged. Smaller beef producers in the U.S. say that increased competition from imports will put more farmers out of business.

Booze: California's Wine Institute has been supportive of the TPP, as have most American drink industry groups — think Kentucky bourbon — because the deal opens the massive Pacific market to their products. It also should mean lower prices here for Pacific Rim wines and spirits, like New Zealand's sauvignon blancs and Japanese shochu — though the Office of the U.S. Trade Representative notes that American wine tariffs are already pretty low.

Junk food: Prepackaged food companies can be required to list all ingredients in their foods and additives, but regulators are required to provide importer companies the same confidentiality afforded domestic ones — i.e. no requesting, say, the formula for Coca-Cola to verify nutrition information and then sharing it with a local producer. So those food labels should still tell you whether you can pronounce what you're eating.

Organic Products: Countries can enforce organic standards and are encouraged to come up with a way to unify them across borders. But there's no provision about whether stricter or looser standards should prevail. According to the agreement's draft text, if a country "maintains requirements relating to the production, processing, or labeling of products as organic, it shall enforce such requirements." The USTR was unable to provide specifics by publishing time.

Challenging other nations' laws: The Investor State Dispute Settlement provision — which Elizabeth Warren called "the TPP clause everyone should oppose" — gives member states the power to challenge other states' laws that impact trade and sales. The clause is similar to the provision in NAFTA that overturned a Mexican tax on high fructose corn syrup in favor of American companies' right to sell it, though the TPP does contain explicit language giving countries the right to "regulate in the public interest." No word yet from USTR on whether labeling provisions for genetic modification and country of origin would reach that standard, or who defines "public interest."

Tracie McMillan is the author of The American Way of Eating, a New York Times best-seller, and a senior fellow at the Schuster Institute for Investigative Journalism at Brandeis University. You can follow her on Twitter @tmmcmillan.