Accessibility links
Is The Weight Watchers-Oprah Winfrey Partnership Good For Dieters? : The Salt Oprah Winfrey is the new face of Weight Watchers as well as a major investor. But several health experts say the partnership may not help anyone struggling to lose weight do it more effectively. 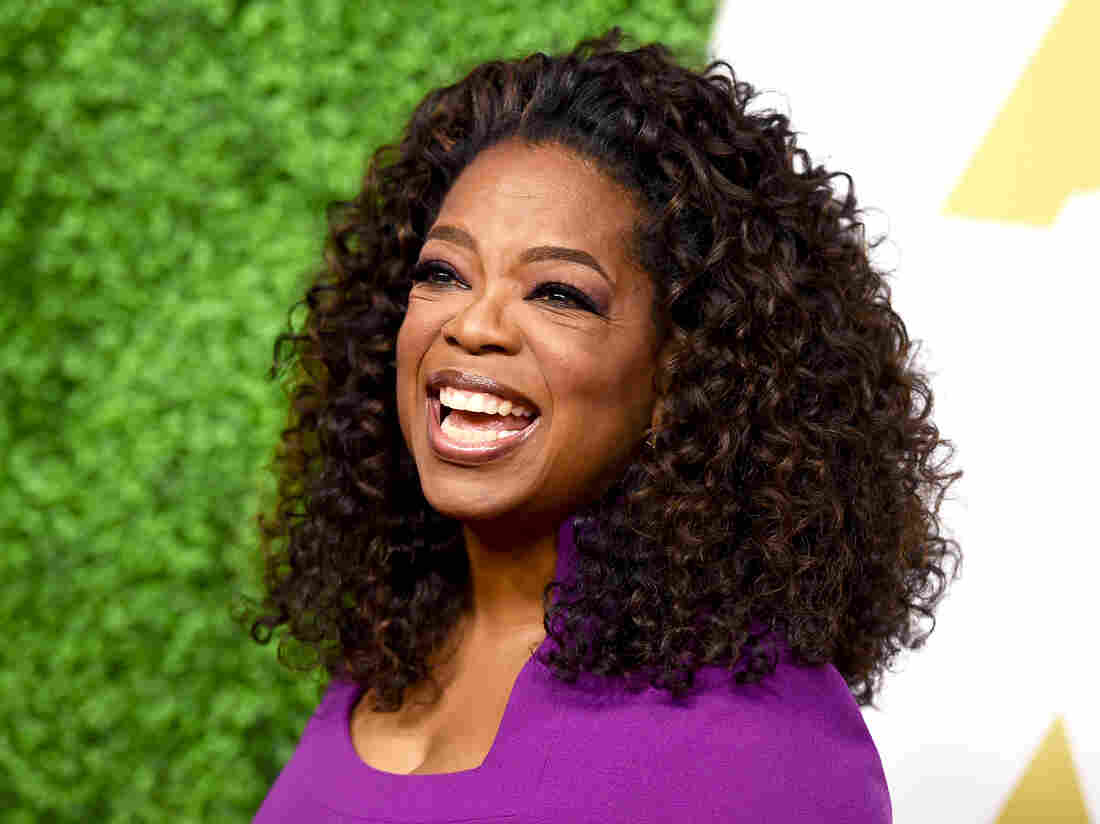 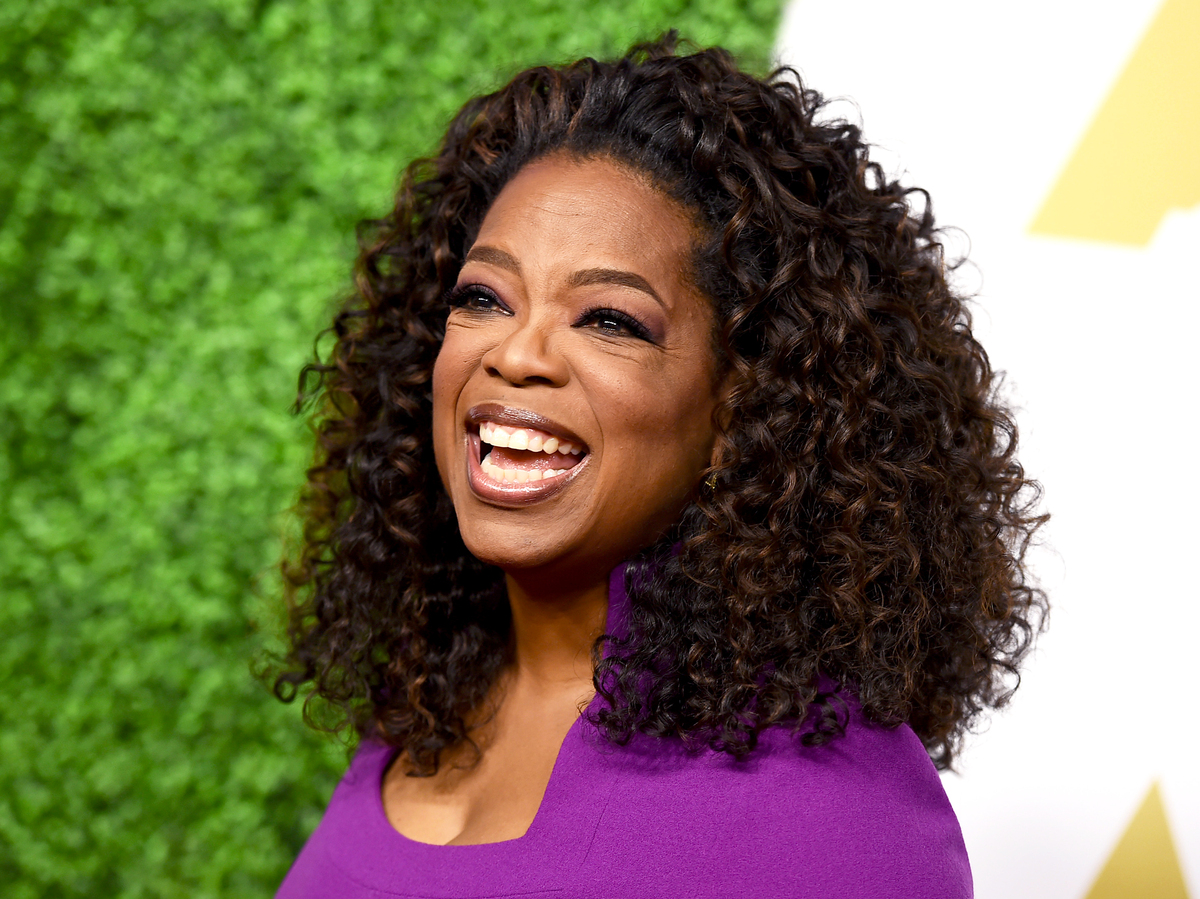 Before Oprah came on board, Weight Watchers subscriptions and revenues were tanking. But the former talk show host seemed to know what she was doing when she purchased 10 percent of Weight Watchers' shares. The stock doubled the day of the announcement, earning the billionaire $70 million, at least on paper. What's more, since Aug. 12, Oprah reports she lost 15 pounds.

But will this endorsement from a beloved celebrity lure more desperate dieters into counting calories, weighing foods and the brand's particular form of tough love?

I've written about what I feel are the dieting plan's significant downsides. At best, Weight Watchers provides a short-term fix and conditional support for long-standing eating issues. At worst, the food plan can exacerbate the very problems members are hoping to resolve.

Unless you've been on a media diet, you already know that Oprah has a long history of gaining and losing weight. Over the last 25 years, the yo-yo dieter, who has written of her ongoing "food addiction," has tried everything from liquid diets and rigorous exercise to a personal chef and a more spiritual path. She has yet to settle on any one successful, sustainable approach.

I solicited a handful of opinions via email from some of the top thinkers on dieting and health to find out what they think of Oprah's slimming plan and her open invitation to "come join me" at Weight Watchers. More specifically, I posed two questions:

1) What's your reaction to the announcement that Oprah is not only the new face of Weight Watchers, she's a major investor in the diet company?

2) Oprah is asking everyone to join her in counting Weight Watchers' points. Will you join her? Why or why not?

I also asked Oprah and friends for their thoughts. Neither Gayle King, Oprah's close pal, nor Oprah's publicist got back to me. All I got from Stedman Graham, Oprah's boyfriend, was an automated response.

All told, it was hard to find a single expert who's excited about this fledgling partnership.

Both nutrition experts I interviewed expressed concern about the ethics of Oprah's new business venture, but only one was concerned about the diet itself.

Marion Nestle, professor of nutrition, food studies and public health at New York University and the author, most recently, of Soda Politics, calls the venture a "classic conflict of interest." As both an investor and a member of the diet company, the more Oprah flacks, the more people join, and the more money she'll make, Nestle notes.

But in Nestle's view, there are worse things to flack. She sees Weight Watchers as a reasonable diet plan that works for some people. That said, the only weight-management strategy that makes sense, Nestle says, is simply eating less.

Traci Mann, diet researcher and author of Secrets from the Eating Lab, tells me that as long as Weight Watchers members give the company credit when they lose weight, but not the blame when they regain it, it will profit. What Mann doesn't joke about is the near-futile mission of investing in a membership. As with any weight-loss program, members generally lose weight in the short-term, then regain what they lose in the long-term. Which is why, as much as the strategic eater loves Oprah, Mann doesn't plan on counting points with Oprah.

Judith Matz, therapist and author of Beyond A Shadow of a Diet and The Diet Survivor's Handbook, says she's conflicted about Oprah's new venture. While she commends Oprah on her efforts to empower women, and empathizes with her food and body-image struggles, Matz believes that encouraging women to diet is disempowering. Matz, who specializes in eating disorders, says she is concerned Oprah's Weight Watchers association will inspire more women to get trapped in the diet/binge cycle and associated issues: shame, lower self-esteem, depression, eating disorders, weight gain and stigma.

Matz adds that the diet company's new emphasis on health and happiness obscures the truth: that manipulating eating for weight loss is still a diet. Instead, Matz says, get off the diet rollercoaster and learn intuitive or attuned eating. In other words, reconnect with hunger and fullness signals, decode myths about health and weight, and accept that people come in different shapes and sizes.

Ronna Kabatznick, a social psychologist and author of The Zen of Eating, commends Oprah for bringing her own spirituality to the conversation about food. But without that focus, the hungry heart will wither while counting points, Kabatznick says.

If you're still craving perspective, consider asking yourself this: If a beloved friend asked you to join a diet organization with them, how would you respond? Would you respond any differently if that friend owned 10 percent of the organization? Keep breathing; the answer lies within.

Jean Fain is a Harvard Medical School-affiliated psychotherapist and the author of The Self-Compassion Diet. A version of this story appeared on WBUR's CommonHealth blog.