Accessibility links
Mechanics Of Eating: Why You'll Miss Flavor If You Scarf Your Food : The Salt The real complexity of flavor comes from a food or drink's aroma. But the main way we experience the full range of these compounds isn't by sniffing. It's by breathing evenly while we eat. 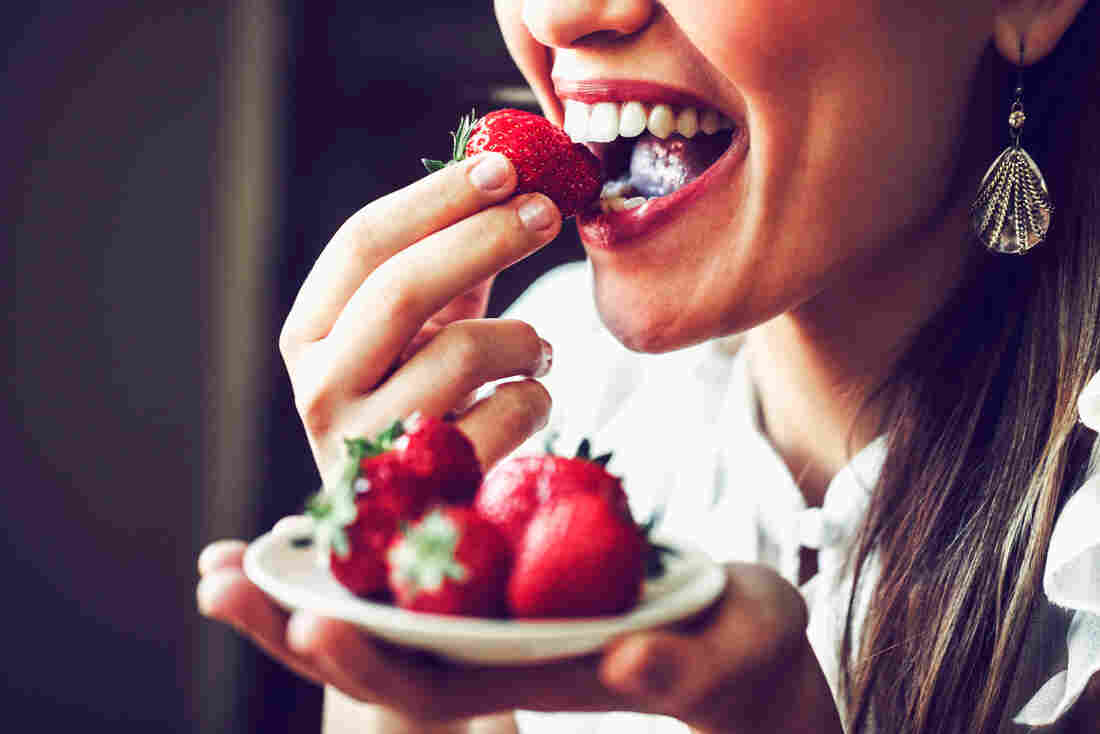 When we exhale while we're eating, air sweeps into the back of the mouth and throat where a heap of flavor compounds are and carries them up into the nose where we can enjoy them. iStockphoto hide caption 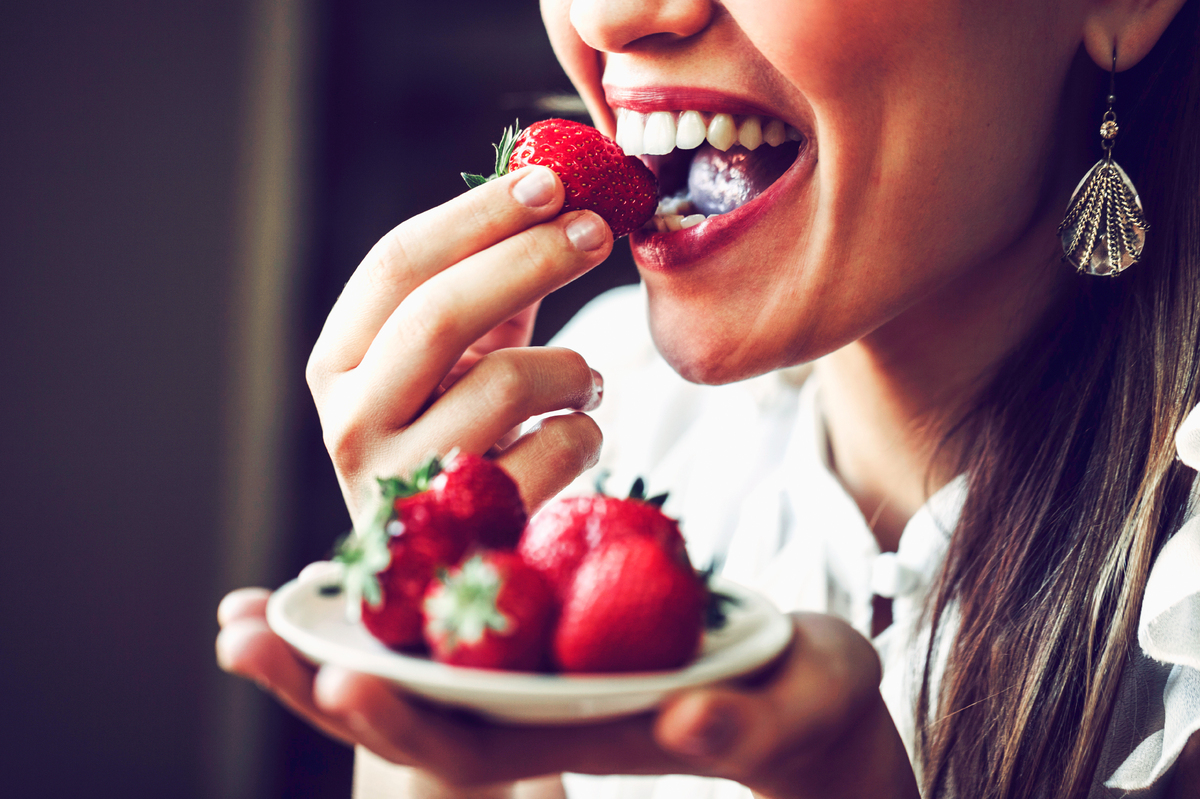 When we exhale while we're eating, air sweeps into the back of the mouth and throat where a heap of flavor compounds are and carries them up into the nose where we can enjoy them.

When it comes to enjoying the flavors in food, our tongues really aren't that useful. They can detect just a few basic tastes: sweet, salt, sour, bitter, umami, and maybe fat.

But real complexity comes from a food or drink's aroma, and the main way we sense all the compounds isn't from sniffing. Our bodies actually blast scents from the back of our mouths up into our nasal cavity where we can take in the difference between merlot and Chianti, according to a study published Monday in the Proceedings of the National Academy of Science.

Of course, you can smell foods by holding them up to your face and huffing. But that's not quite the same as taking in all the flavors of a food. "When we have food or drink in our mouths, [the flavor] has to be going from the back of the mouth up and into the noise – going backwards," says Dr. Gordon Shepherd, a neuroscientist at Yale University.

To figure out how that works, Shepherd and a team of Yale engineers and neuroscientists built a model of the inside of a person's mouth, throat and nasal cavities. Then they used the model to analyze how air flows through it. They found that molecules from food we smell, or food volatiles, pile up at the back of our mouths and throats as we breathe.

When we're breathing in through the nose, as one might do while chewing, air whips down the nasal cavity and into the lungs, creating a kind of air curtain separating the throat and the mouth. "That air curtain prevents all food volatiles from entering the lungs," says Rui Ni, a mechanical engineer at Penn State University and lead author on the study. When we exhale, air sweeps into the back of the mouth and throat where that heap of volatile compounds is and carries them up into the nose.

Can The Smell Of Oranges Help Dieters Resist Sweet Treats?

This all happens naturally, Ni says. "But you can only do this effectively when you breathe smoothly," he says. If you're stuffing food with abandon down your throat or gasping for breath or heaving, you start to disrupt that normal pattern of airflow. Food volatiles won't store properly at the back of your mouth, and they could get sucked into your lungs and pass into the bloodstream.

The other problem, notes Laleh Golshahi, a mechanical engineer at Virginia Commonwealth University who was not involved with the study, is if you inhale too slowly while eating, that air curtain doesn't form effectively. Food volatiles don't get bounced out of the trachea and then could also be drawn into the lungs.

"[Breathing] not too fast and not too slow is the key," she tells The Salt in an email. "Though the faster you exhale, you have a better chance to sweep food volatiles from the back of your throat toward the nasal cavity to smell."

Ni agrees. And so the big takeaway from this study for us eaters is this: To get the best sensory experience from your food, eat slowly and breathe evenly as you do it.

The scientists behind the PNAS study only scanned the throat, nasal and oral cavities of one patient, Golshahi notes. So there could be variability among us that might make the situation different for each person. But best practices for anyone probably include relaxed eating and even breathing.

Savoring your food slowly seems to be the way to go for other reasons, too. One study found that when dieters ate slowly, it became easier to control their food intake. And kids who are forced to hurry down a meal in a few minutes ate less and threw out more food.