Accessibility links
Rounding Up The Last Of A Deadly Cattle Virus : The Salt Rinderpest, or cattle plague, was declared eradicated in 2011. But many research institutes still have samples of the rinderpest virus in storage. Disease experts want those samples destroyed. 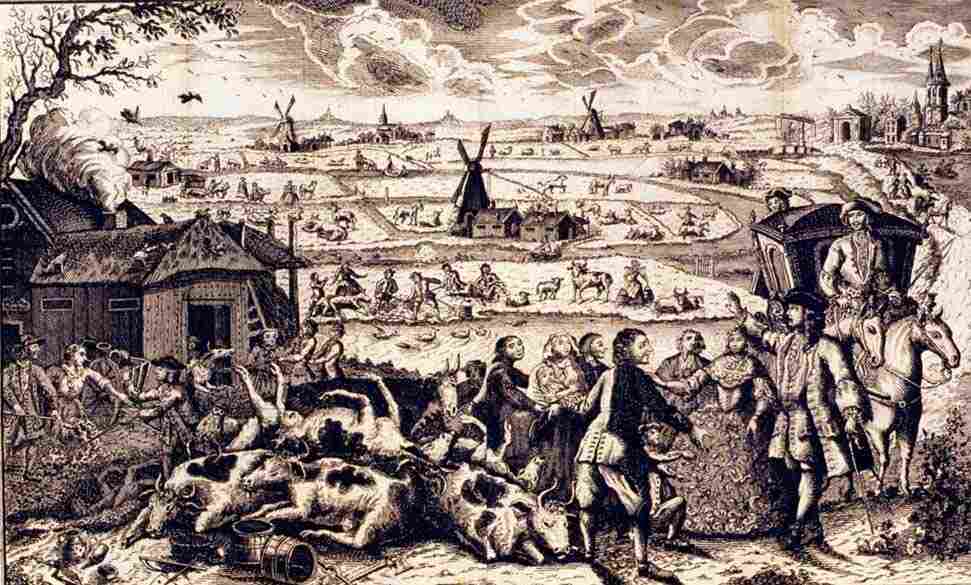 An illustration of rinderpest in the Netherlands in the 18th century. Europeans once feared the cattle virus as much as they did the Black Death. Jacobus Eussen/Wikimedia Commons hide caption 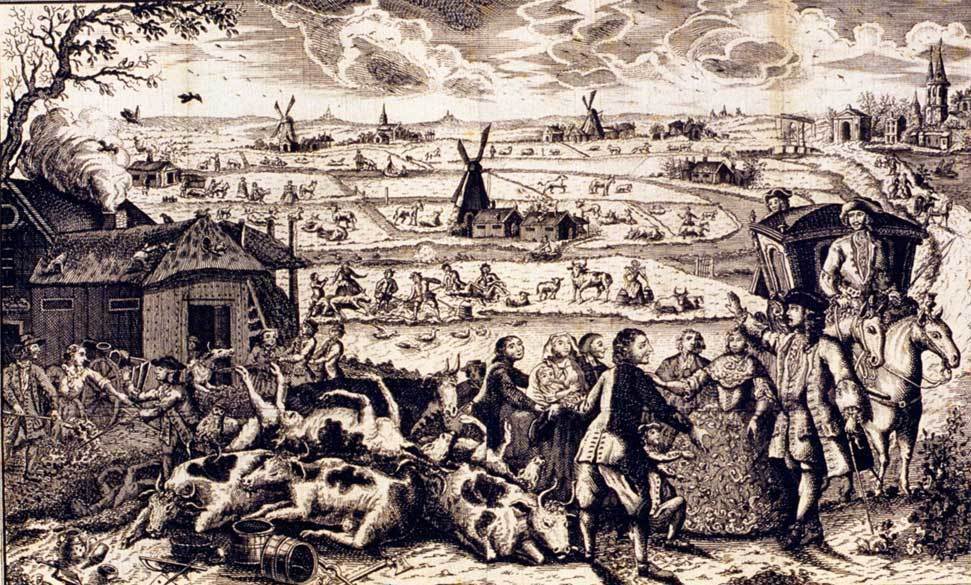 An illustration of rinderpest in the Netherlands in the 18th century. Europeans once feared the cattle virus as much as they did the Black Death.

There are only two diseases that humans have wiped from the face of the earth. One is smallpox. The other one, you may not have heard of.

It's a cattle disease called rinderpest. Even the name sounds scary. It's German for "cattle plague." It was once one of the most fearsome diseases on the planet.

In Europe, centuries ago, "it was feared as much as the Black Death," says Keith Hamilton, executive director of international programs at Kansas State University's College of Veterinary Medicine. That's because when cattle herds died, people lost meat, milk and the animal power they needed to plow their fields. 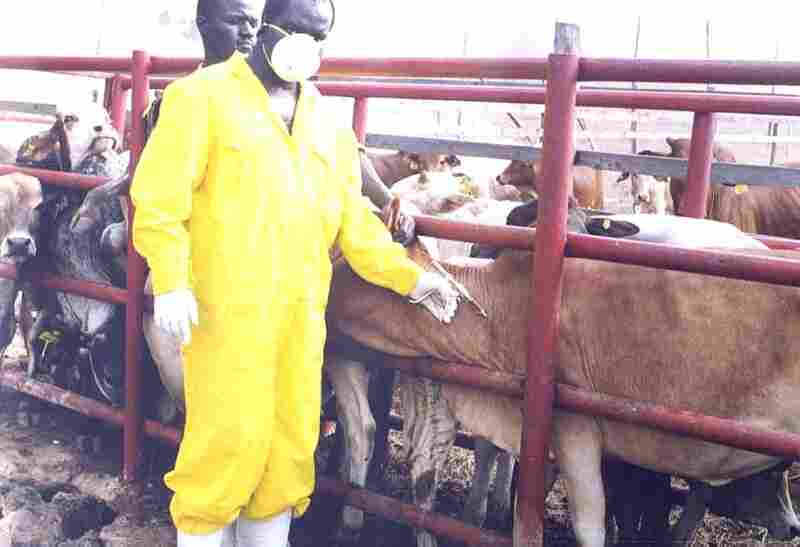 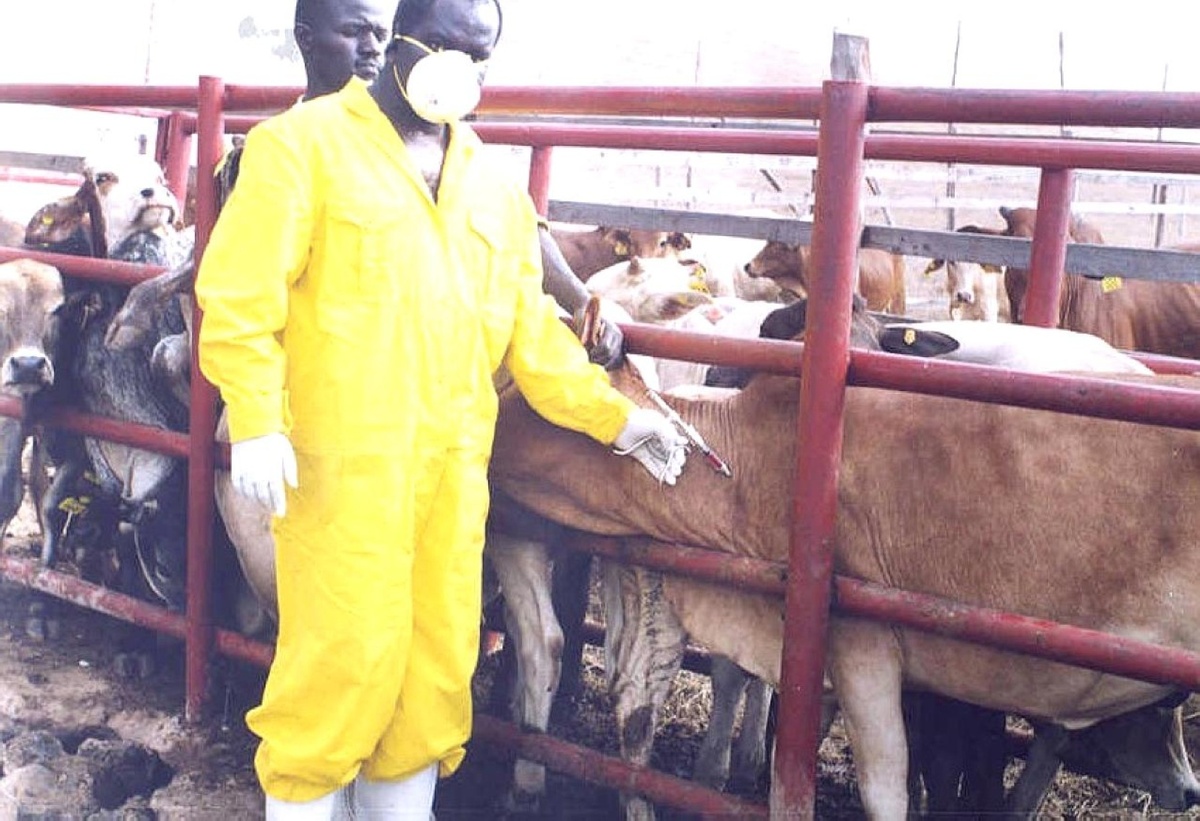 A veterinarian vaccinates cattle against rinderpest.

It succeeded. The last known case of rinderpest occurred in Kenya in 2001. Scientists declared the disease eradicated in 2011.

But the virus lives on, kept by at least 27 scientific institutes that studied the disease or made the vaccine. That's according to a survey carried out by the World Organization for Animal Health, or OIE, which is based in Paris. Hamilton, who worked at OIE until recently, and several of his former colleagues are publishing their results in the December issue of the journal Emerging Infectious Diseases.

The OIE says the virus is stored in too many places. And there's a risk that someone could accidentally release it, or even do so on purpose.

The organization is trying to persuade the research centers to destroy those samples. Hamilton says it's in their own self-interest to do so. "It's a huge responsibility," he says. "Because if the virus did escape, the consequences of an outbreak would be massive, and it would be a huge embarrassment to that facility."

The OIE and the U.N.'s Food and Agriculture Organization have named five research centers as authorized locations to store the virus. One is in the U.S., at the government's Animal Disease Center on Plum Island, just off the eastern tip of Long Island in New York.