Accessibility links
A Kitchen Science Savant Shares His Secrets In 'The Food Lab' : The Salt Kenji Lopez-Alt left a restaurant job to test and write about the mysteries of food science. His new book details findings from how best to sear a steak to how to get more golden pancakes. 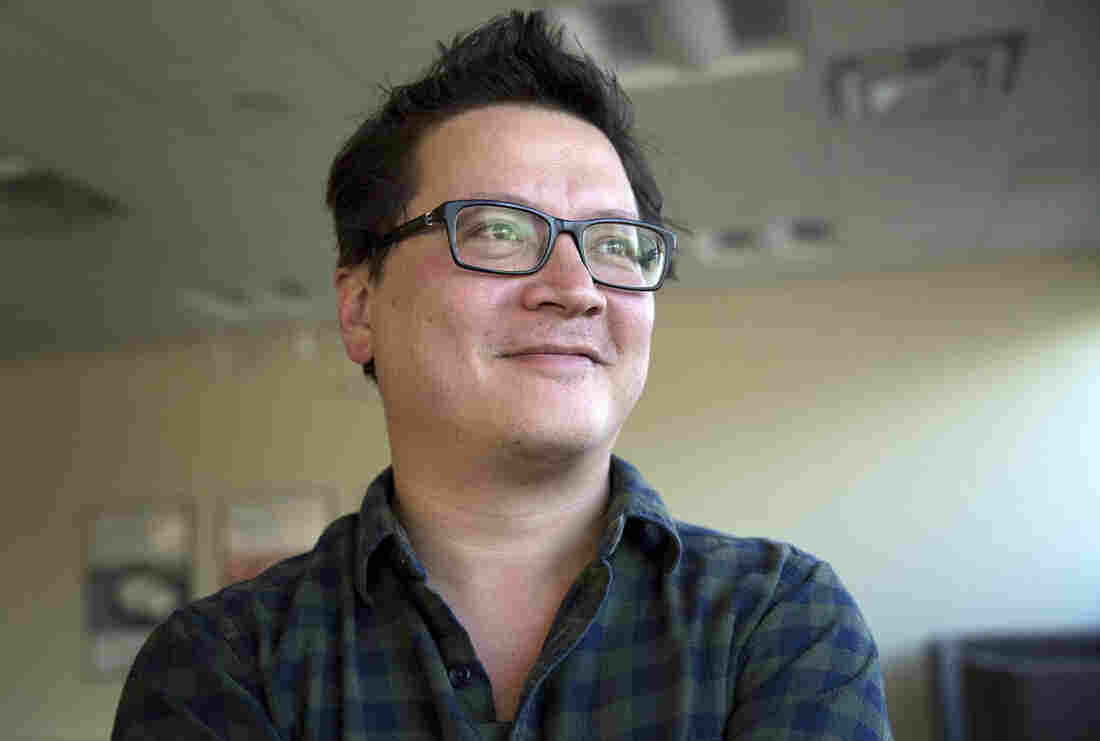 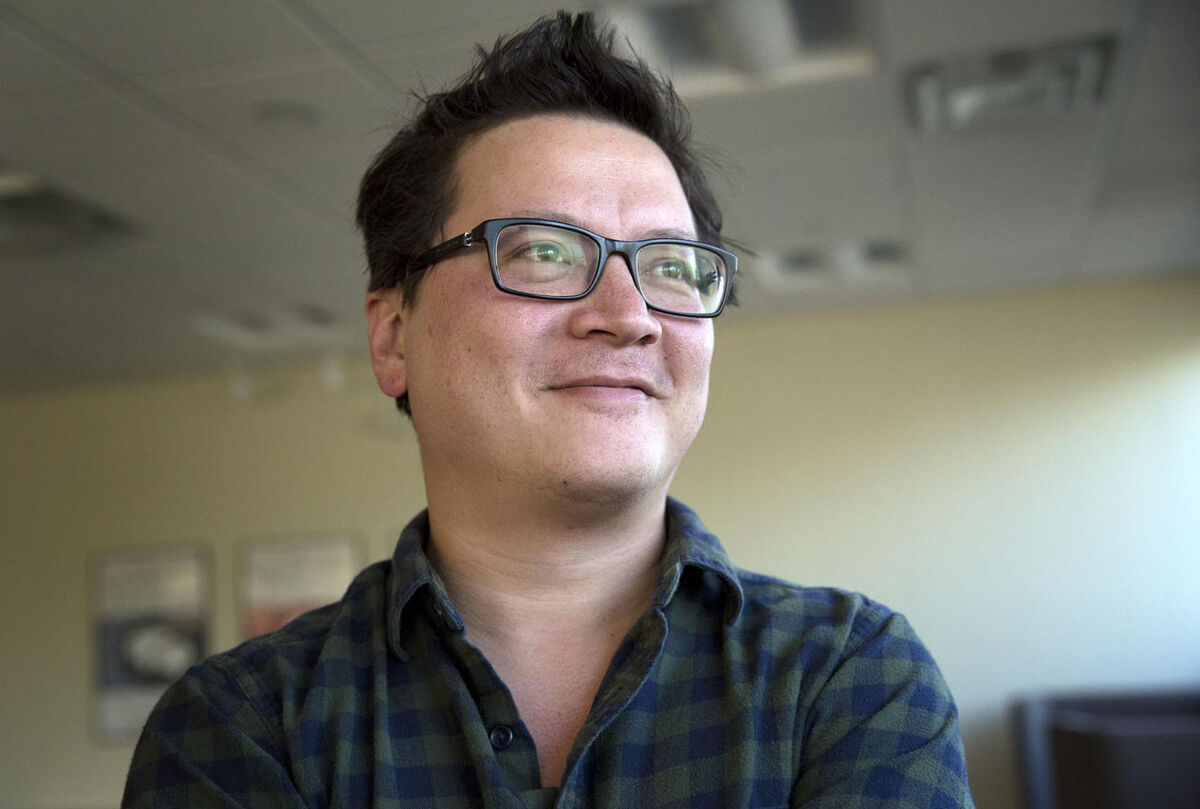 Kenji Lopez-Alt is managing culinary director of Serious Eats, author of the James Beard Award-nominated column "The Food Lab," and a columnist for Cooking Light. His first book is The Food Lab: Better Home Cooking Through Science.

He helped prepare one dinner at Roxy's Grilled Cheese, a small, hip sandwich shop in the Allston neighborhood, to share a recipe from his new book The Food Lab: Better Home Cooking Through Science. 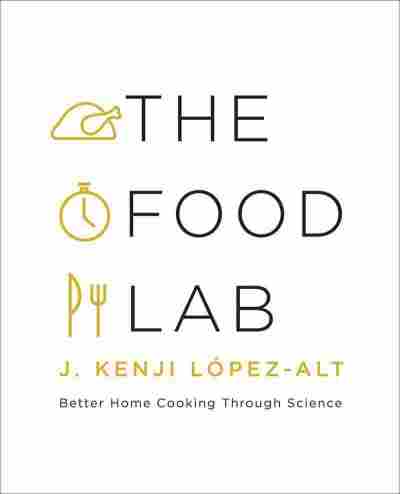 The techniques for the recipe can be traced back to Lopez-Alt's love of science. As he writes in The Food Lab, "My grandfather was an organic chemist. My father was a microbiologist and I was a little nerdling." At MIT, Lopez-Alt started off in biology, later switched to architecture, and began working as a chef for the first time at a Mongolian barbecue restaurant.

It was there that he realized how much he loved cooking. "There was a lightbulb moment as soon as I walked in the kitchen and started working," he tells Here & Now. "I love the physical action. I love the whole idea of feeding people and bringing people together over food. I love the craft involved."

But Lopez-Alt had some unanswered questions. Like, "Why do my pancakes taste so bad?" or "Does searing meat really lock the juices in?" After cooking professionally for eight years, Lopez-Alt left the chef's life and began to answer these questions through scientific experimentation as a test cook and editor for Cook's Illustrated and later as a columnist for SeriousEats.com.

In his column on SeriousEats.com, called "The Food Lab," he divulges the detailed findings from these experiments. Here's one you can try at home. Take two identical steaks (or two groups of steaks, if you want some statistical heft) and sear one the traditional way: on a hot pan and then in an oven to finish. Cook the other steak in the oven and then finish it off with a sear. Try them side by side, take their mass, and see which is juicier. Spoiler: Searing after cooking gives you a juicier steak.

Why? Lopez-Alt says it's because searing an already-done steak takes less energy than searing a raw steak. The cooked steak is already hot, and the exterior is already dry. So you don't have to add much more heat to get the steak to brown. That means less time on the pan and less water loss from the inside of the steak.

Other recipes explore the Maillard reaction, the chemical reaction that causes browning when amino acids, or the components of proteins, react with sugars. It happens faster with a slightly higher pH, says Lopez-Alt. You can raise the alkalinity of pancake batter by adding more baking soda. That will give you browner, and better, pancakes, since that Maillard reaction is happening faster, he says.

All this science has led to some other seriously good recipes. In Boston, the double-brined, double-fried, Korean-inspired chicken sandwich was a hit. "It has sex appeal. Delicious," one diner said. 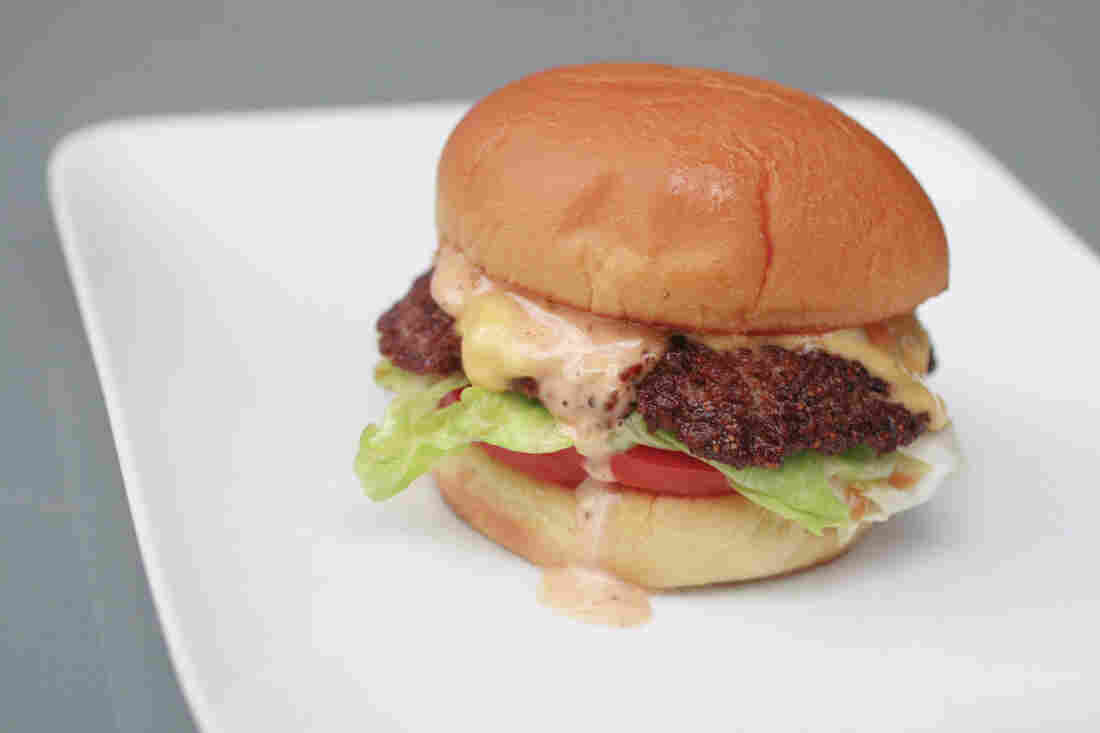 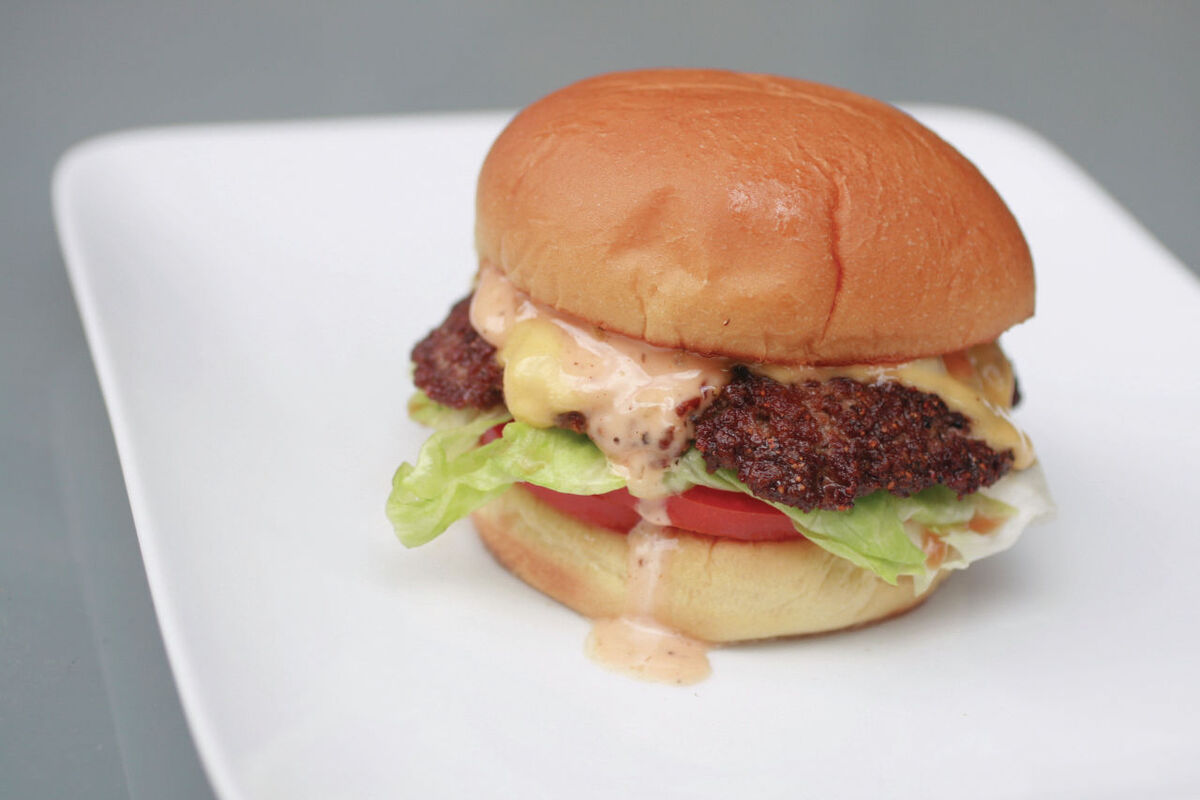 Note: Lopez-Alt's toppings of choice are thinly sliced raw onions, pickles and fry sauce (recipe below), but feel free to use whatever you'd like.

Go to any burger joint in the Midwest and ask for fry sauce, and you'll get a little tub of pink, creamy goo to dip your fries in or slather on your burger. At its most basic, it's a mix of mayo and ketchup. I like to liven mine up with a few spices and some pickle juice.

Combine all the ingredients in a bowl and whisk until smooth. The sauce will keep in a covered container in the fridge for up to 2 weeks. 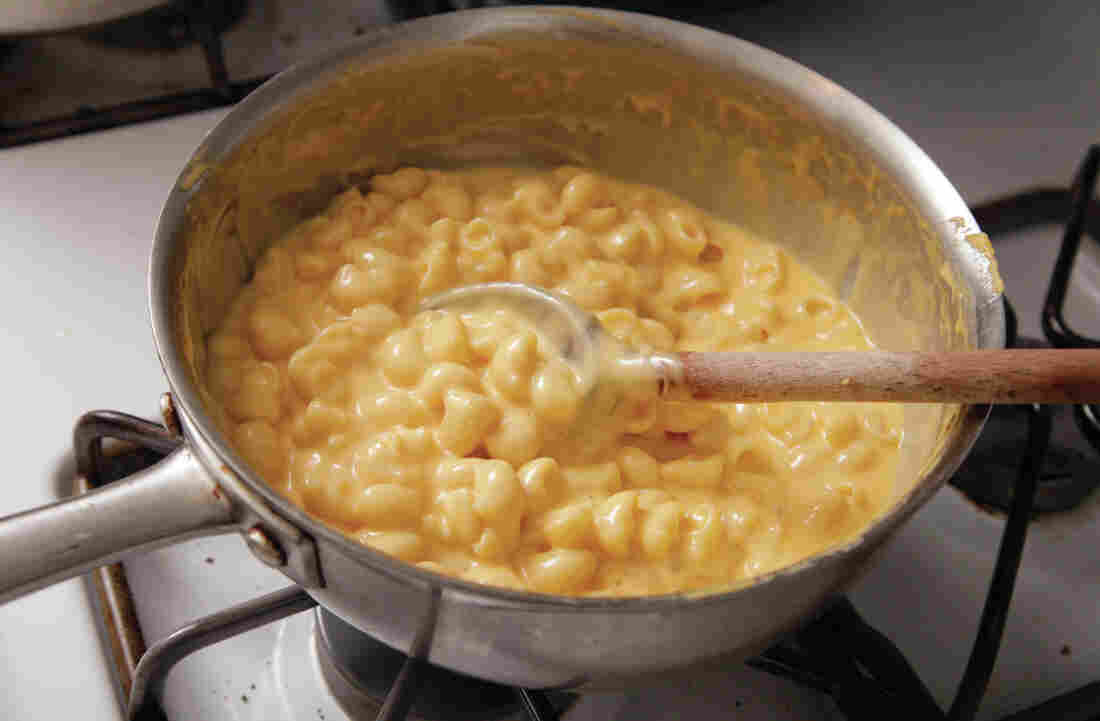 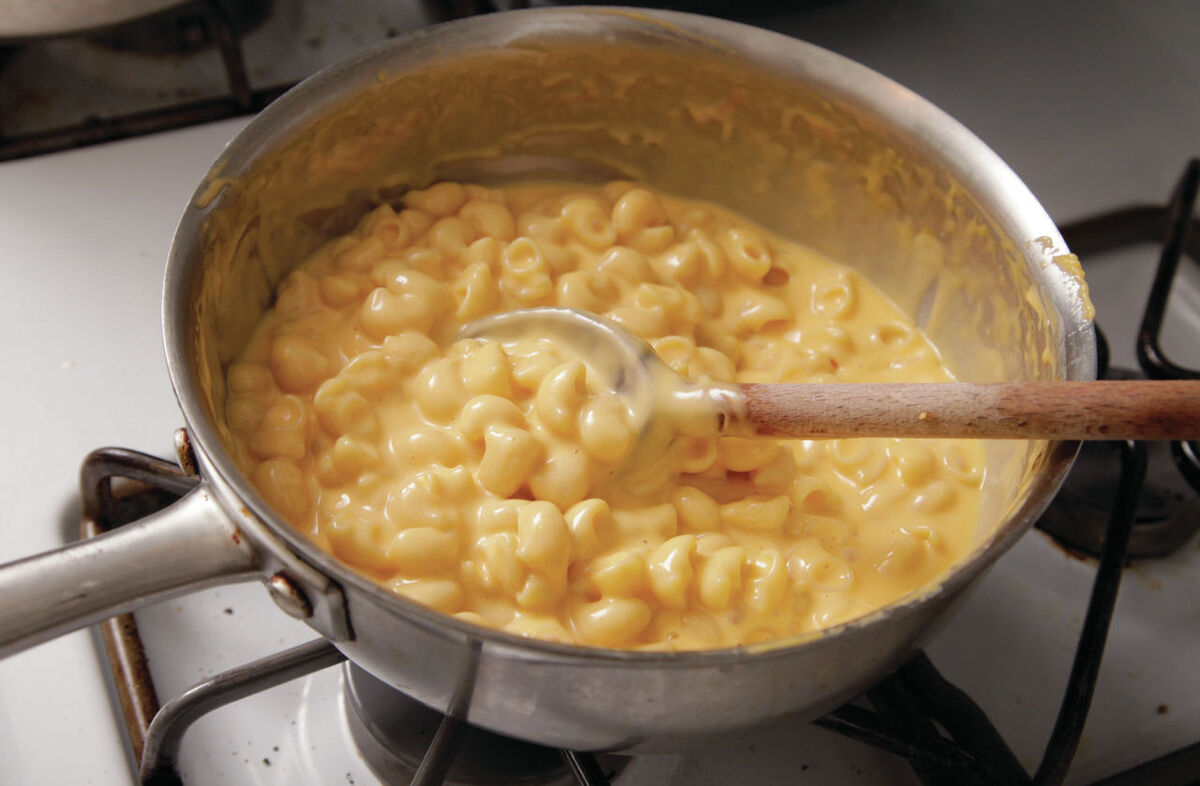 If desired, top the mac with toasted bread crumbs just before serving.

Notes: Use a good melting cheese or combination thereof, like American, cheddar, Jack, Fontina, young Swiss, Gruyere, Muenster, young provolone, and/or young Gouda, among others (see "Cheese Chart," pages 717–21). To reheat the pasta, add a few tablespoons of milk to the pan and cook, stirring gently, over medium-low heat until hot.

Stir in 1 cup cubed sauteed ham and 1 cup thawed frozen peas along with the milk and cheese mixtures in step 3.

Slice 6 strips bacon into 1/2-inch-wide pieces, place in a large skillet with 1/2 cup of water, and cook over medium heat, stirring occasionally, until crisp. Transfer the bacon and its rendered fat to a small bowl and set aside.

Follow the instructions for Stovetop Mac 'n' Cheese, reducing the butter to 6 tablespoons and stirring in the bacon, with its rendered fat, and 1/4 cup sliced pickled jalapeños along with the milk and cheese mixtures in step 3. 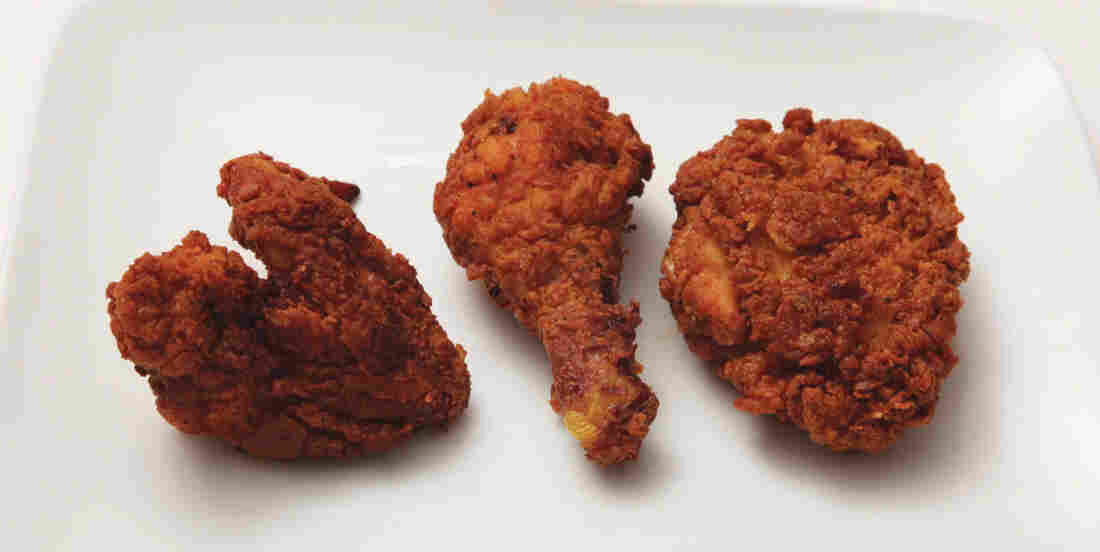 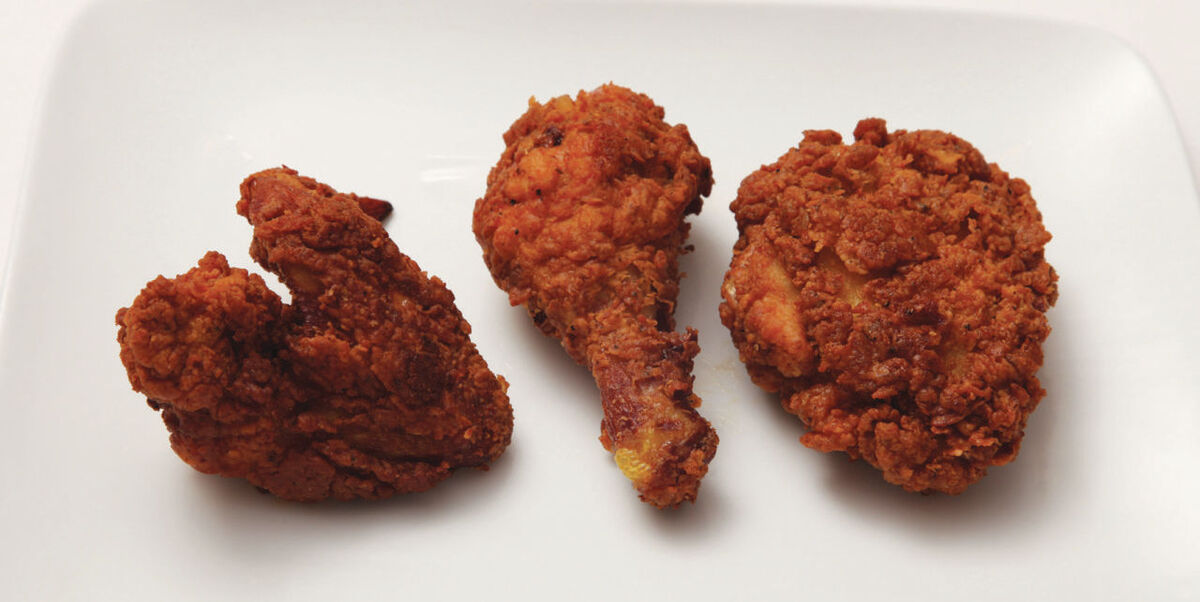 This interview originally aired on Here & Now, a public radio show from NPR and WBUR in Boston.