Accessibility links
Drink To Your Health: Study Links Daily Coffee Habit To Longevity : The Salt People who drank three to five cups of coffee per day had a lower risk of premature death than those who didn't drink, a new study finds. Decaf seems to have the same benefit. 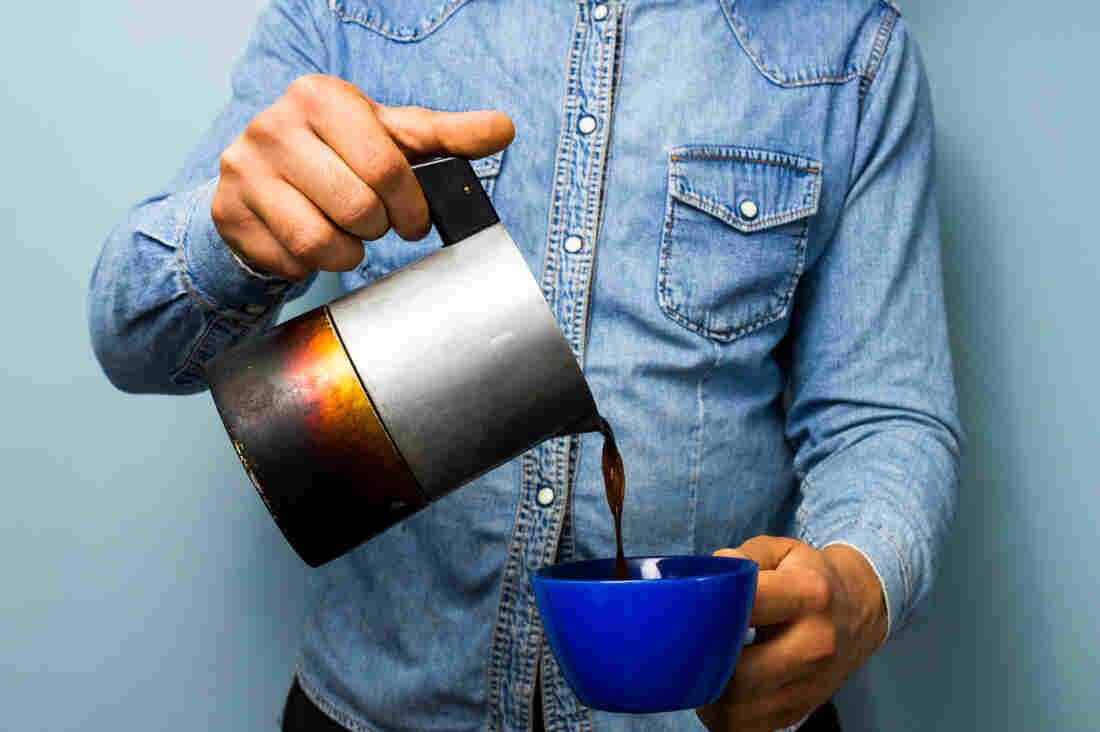 People who drank three to five cups of coffee per day had a lower risk of premature death than those who didn't drink, a new study finds. iStockphoto hide caption 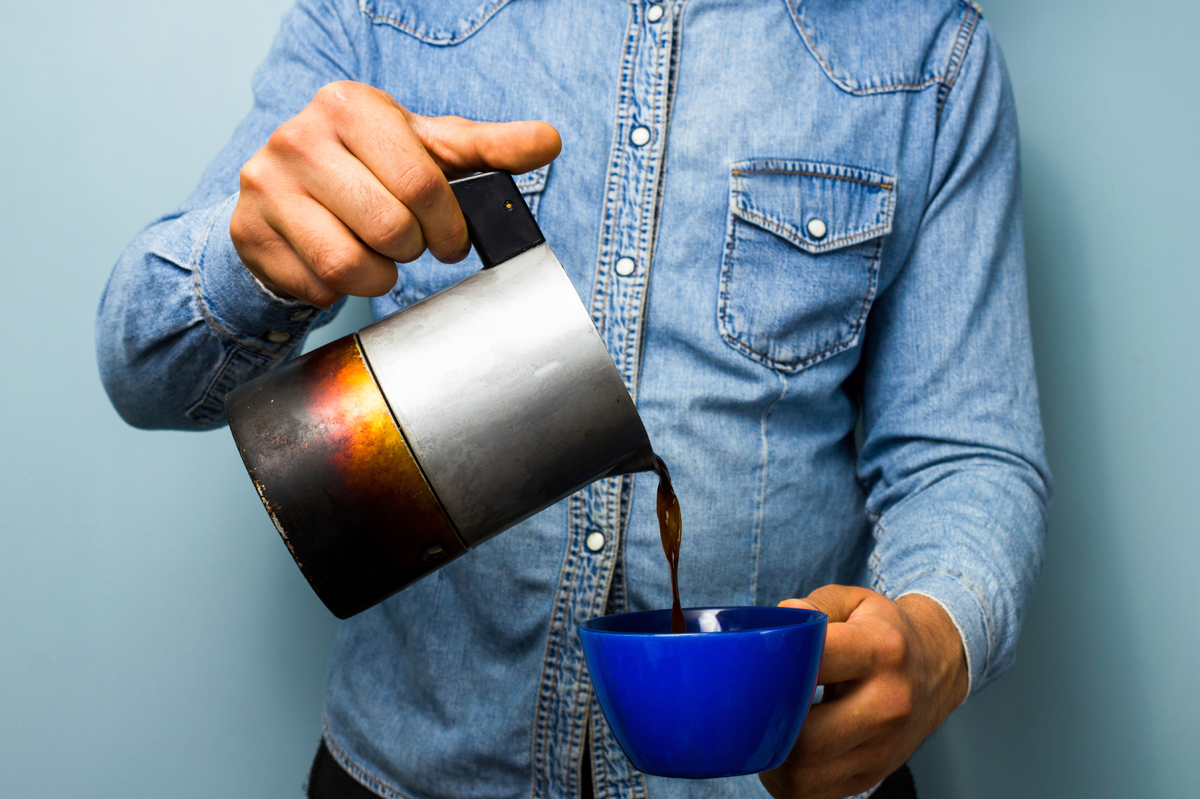 People who drank three to five cups of coffee per day had a lower risk of premature death than those who didn't drink, a new study finds.

If you have a daily coffee habit, here's something to buzz about: A new study finds those cups of joe may help boost longevity.

"In our study, we found people who drank three to five cups of coffee per day had about a 15 percent lower [risk of premature] mortality compared to people who didn't drink coffee," says one of the study authors, nutrition researcher Walter Willett of the Harvard School of Public Health. Decaf drinkers also saw benefits.

The findings, published in the journal Circulation, build on a body of evidence linking a coffee habit to potential health benefits.

As we've reported, previous research has pointed to a decreased risk of stroke. And, there's some evidence that a coffee habit cuts the risk of Type 2 diabetes, too.

Now, of course, it's possible to overdo it with caffeine. Research has shown that consuming more than 400 milligrams of caffeine can interfere with sleep and create feelings of unease. And some of us are even more sensitive. (I feel jittery if I have more than one strong cup!)

One study found that 200 milligrams of caffeine (the equivalent of about two cups of coffee) is an optimal amount to enhance cognitive function and mood among sleep-deprived people. But we don't all metabolize caffeine the same way.

As we've reported, the caffeine amounts in coffee vary wildly. One analysis, conducted by Bruce Goldberger, found a 16-ounce cup of caffeinated coffee from Starbucks could contain anywhere from 250 milligrams to more than 500 milligrams of caffeine.

"Not everyone reacts to coffee in the same way," says Andrew Maynard, who studies risk assessment at Arizona State University. He summarizes the benefits documented in this study as "small."

He says this study does not prove cause and effect between drinking coffee and living longer. Rather, it points to an association. "There are a lot of unknowns as to what [may explain] the increase in life expectancy," Maynard says.

Got more questions? So did we. Here's our conversation about the findings with study co-author Walter Willett, edited for length and clarity.

So, what do you think might explain this association? In the study, you point to compounds in coffee — such as lignans, quinides and magnesium — that may help reduce insulin resistance and inflammation. Prior studies have pointed to these as well.

We're not sure exactly how coffee is [linked] to all these benefits. The coffee bean itself is loaded with many different nutrients and phytochemicals. And my guess is that they're working together to have some of these benefits.

We [see] similar benefits from caffeinated and decaffeinated coffee. That's important, because it suggests that caffeine is not responsible for [the benefit].

So this may be welcome news to people who drink decaf?

Yes, because too much [caffeinated] coffee can cause insomnia and loss of sleep, and that's not a good thing!

The reduced risk of death was not seen among the coffee drinkers in your study who were smokers or former smokers.

So, what's the take-home here? Is it that coffee can be part of a healthy lifestyle?

I think if people like coffee, it's fine to include it [as part of your daily habit]. So, certainly, [people] should not feel guilty about moderate coffee consumption. It definitely can be part of a healthy lifestyle.

I wouldn't suggest that someone who doesn't like coffee go out and drink it.

Are you a coffee drinker? Are these findings likely to influence your own behaviors?

Well, I really like a good cup of coffee. But if I have more than two cups a day, I really don't sleep as well. So, I've been switching more toward decaf or half decaf/half regular.

In this study, you also analyzed how coffee influenced the risk of specific diseases — or categories of diseases. What did you find?

We went beyond total mortality and looked at specific causes of death. And we found that people who drink moderate amounts of coffee have lower risk of [death] from cardiovascular disease, diabetes, neurologic disease [such as Parkinson's] and suicide.

Your findings come from data from two Nurses' Health Studies, which included about 167,000 women. And it also looked at the 40,000 men in the Health Professionals Follow-up Study.

As you point out, the participants in these studies are about 95 percent white, largely middle-class and well-educated. Can you extrapolate to other populations?

Yes, I'm quite sure these findings would apply to other populations. This is a biological relationship. And we basically have a common biology.