Accessibility links
We Tried A Futuristic Cranberry. It Was Fresh And Naturally Sweet : The Salt Cranberry breeders in Wisconsin have developed a berry that's tart but also sweet, like a Granny Smith apple. They say the variety isn't ready for production but could one day become a fresh product.

We Tried A Futuristic Cranberry. It Was Fresh And Naturally Sweet

We Tried A Futuristic Cranberry. It Was Fresh And Naturally Sweet 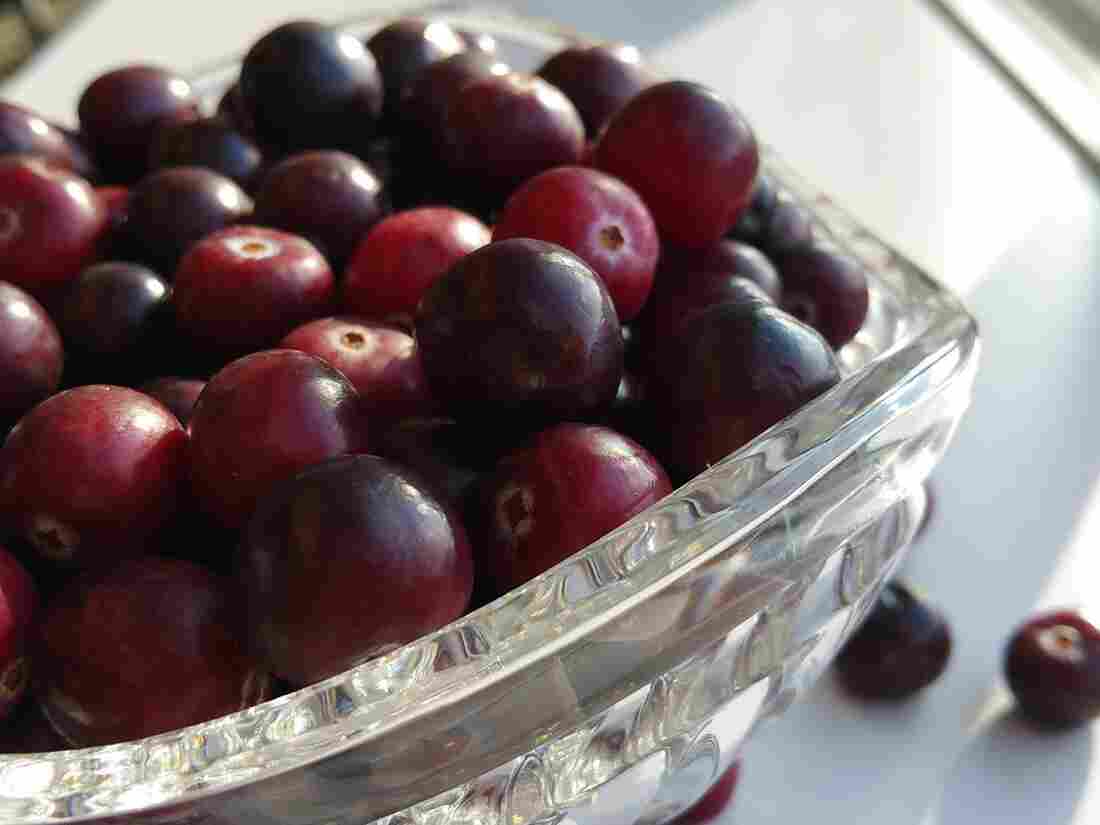 A bowl of Sweeties, an experimental cranberry variety that likely won't come to market for several years, if ever at all. Angus Chen/NPR hide caption 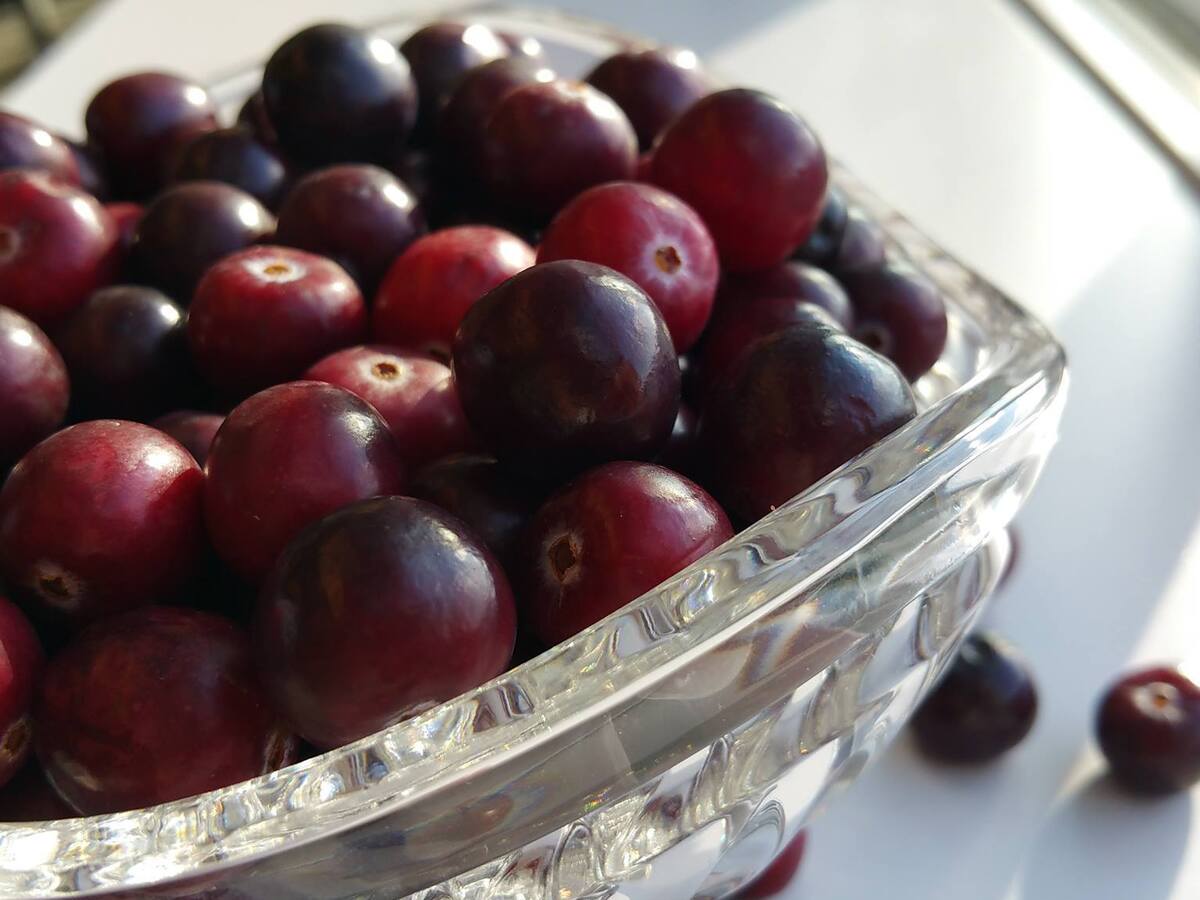 A bowl of Sweeties, an experimental cranberry variety that likely won't come to market for several years, if ever at all.

The last time you ate cranberry – perhaps as a dried snack, in a glass of juice or as a saucy condiment with the Thanksgiving turkey – it was likely paired with sugar, and a lot of it. A cup of cranberry juice may be packed with antioxidants, but it has about 30 grams (or 7.5 teaspoons) of sugar. You'll get about 26 grams (or 6.5 teaspoons) of sugar in a cup of dried, sweetened cranberries.

Why are cranberries and sugar a seemingly inseparable pair? The typical fresh cranberry is an acrid thing to put on the tongue without sugar to balance it out.

But maybe it doesn't have to be that way. Cranberry breeders at the University of Wisconsin-Madison have developed an experimental variety that's naturally sweet. It's called the "Sweetie."

The cranberry breeding program at the University of Wisconsin-Madison was created in the early 1990s to help growers produce better berries. Brent McCown, a biologist who helped found the program, says growers want berries that are larger, have a consistent red color and produce a reliable crop year after year. Flavor — and sweetness, in particular — have generally been an afterthought.

Nicole Hansen, a Wisconsin cranberry grower working with the university's breeders, says she wasn't expecting a sweet variety to come along. "As a cranberry grower, you always hope that you'll find that [sweet] variety, but you're thinking cranberries are just too tart," she says. Then a few years ago, she was taste-testing experimental varieties grown by the university with another grower. "And they said, 'You gotta taste this,'" Hansen says.

The berry handed to her was the Sweetie. "I was excited ... it had a milder taste than most fresh cranberries," she says. It was so enticing that Hansen says she and other growers started dreaming of the day when they could grow the Sweetie or other similar varieties that people could eat fresh – like cherries. 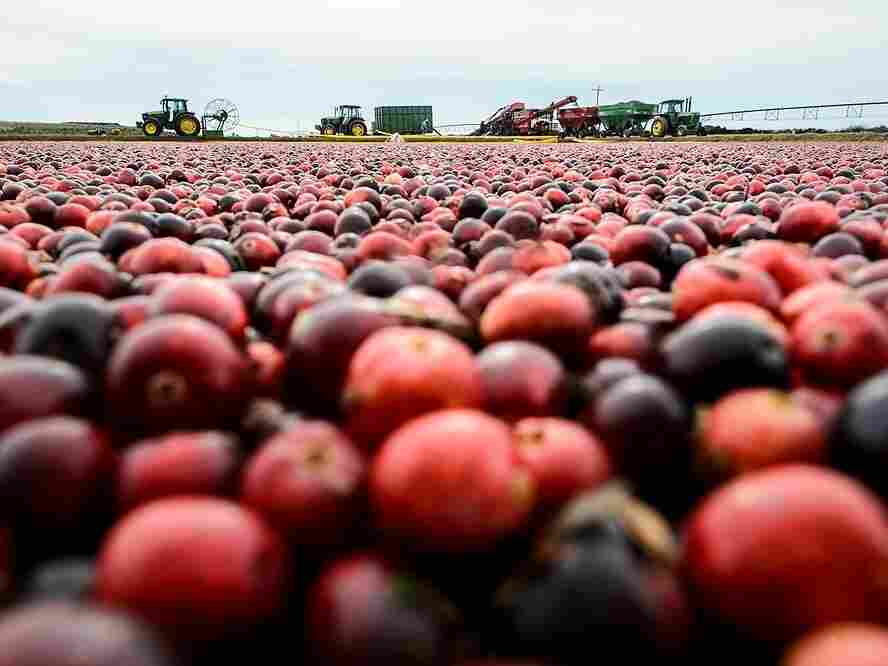 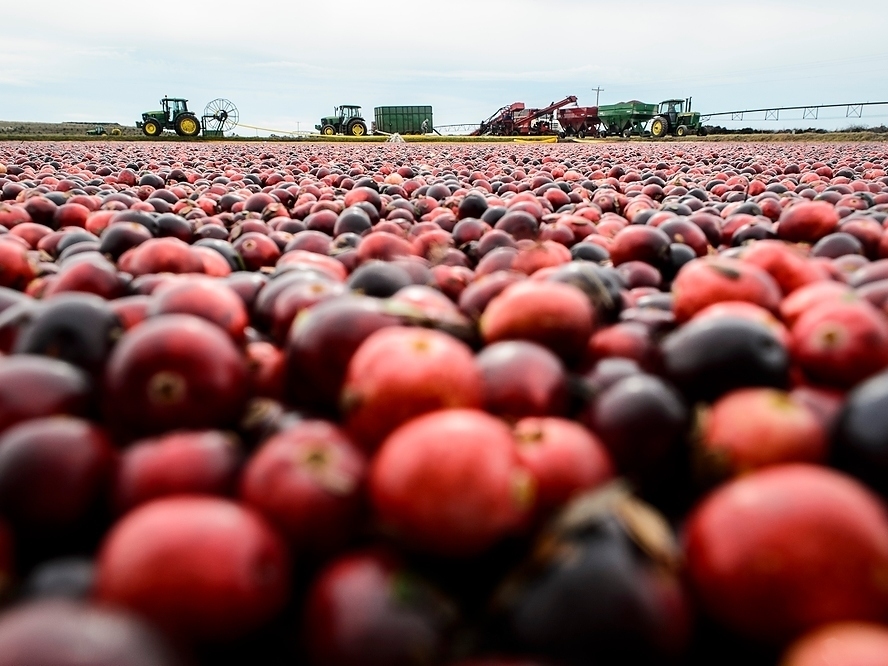 Farmers harvest cranberries born from the University of Wisconsin-Madison's breeding program. The program has created a couple commercial varieties since it's inception.

We at The Salt had to try this mythical sweet cranberry. So we asked Hansen to send us some from the small batch she'd grown.

The Sweetie is about half an inch wide and white on the inside. The skin is the color of red wine, and pops open when you bite in. The flavor is tart and faintly sweet, like a Granny Smith apple. It shares some of the aromas of a Granny Smith, too.

At NPR, the Sweetie received some mixed responses. One editor at the Science Desk ate one and then regarded the bowl of berries with disdain. "It's supposed to be like a munching snack, like table grapes?" he asked.

"Never going to happen," he said.

Another editor lifted some Sweeties, skeptically, to his mouth. "Wow. Yeah," he said and nodded in approval.

The jury may still be out in this office. But while the idea of snacking on fresh cranberries once seemed unimaginable, the Sweetie offers that with mild tartness and crisp texture. When there's nothing else to snack on, I've been reaching for that bag of cranberries by my desk.

For McCown and Juan Zalapa, a geneticist at the University of Wisconsin-Madison's cranberry breeding program, the promise of a cranberry as sweet as a blueberry might lie somewhere in the cranberry genome. And if they can find it, breeding could move to develop a fresh cranberry that people would actually buy. "It's just a matter of increasing that sugar level," Zalapa says.

For now, though, the researchers say the Sweetie isn't ready to leave the test beds. It's still in an experimental phase, and it might not ever go into production. But one of its descendants might one day be a fresh cranberry that you'll be snacking on at your desk — no sugar added.