Accessibility links
Don't Squander That Squash: Like Fine Wine, It Might Improve With Age : The Salt Squash taste best when they achieve the ideal balance of starch and sugar. But how long you should wait depends on whether you're cooking a small delicata or a big, bold butternut. 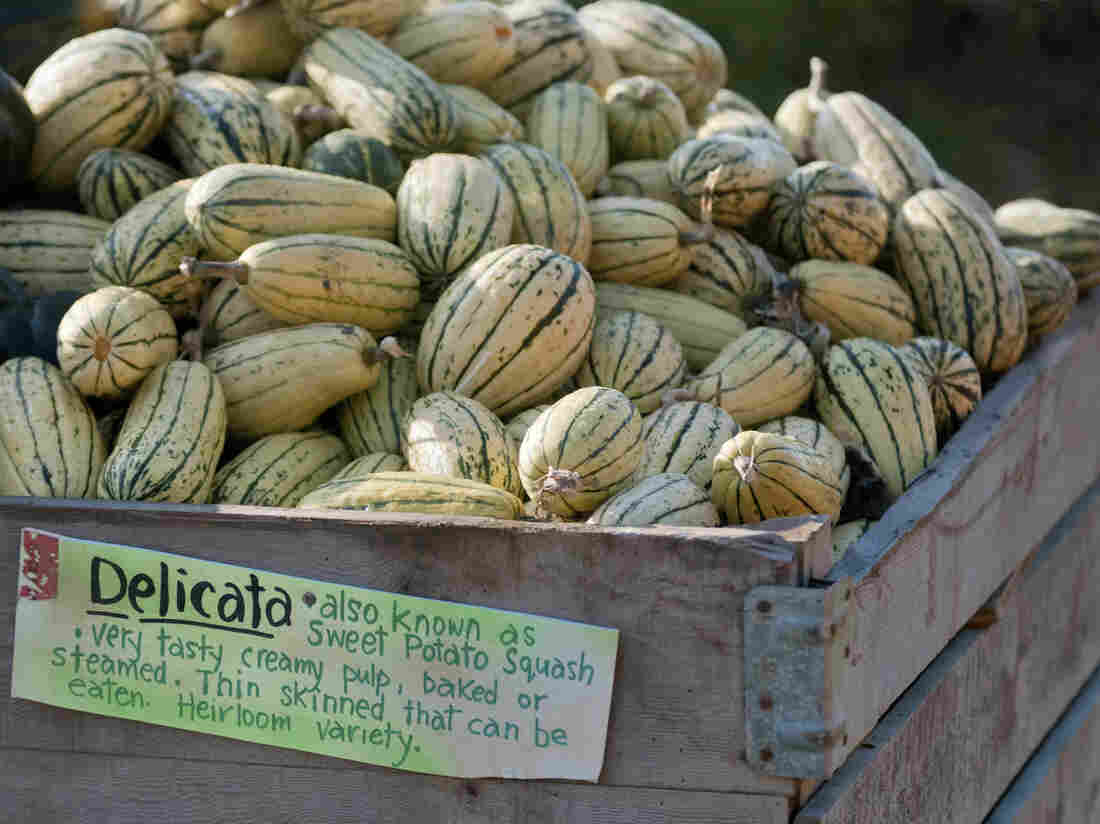 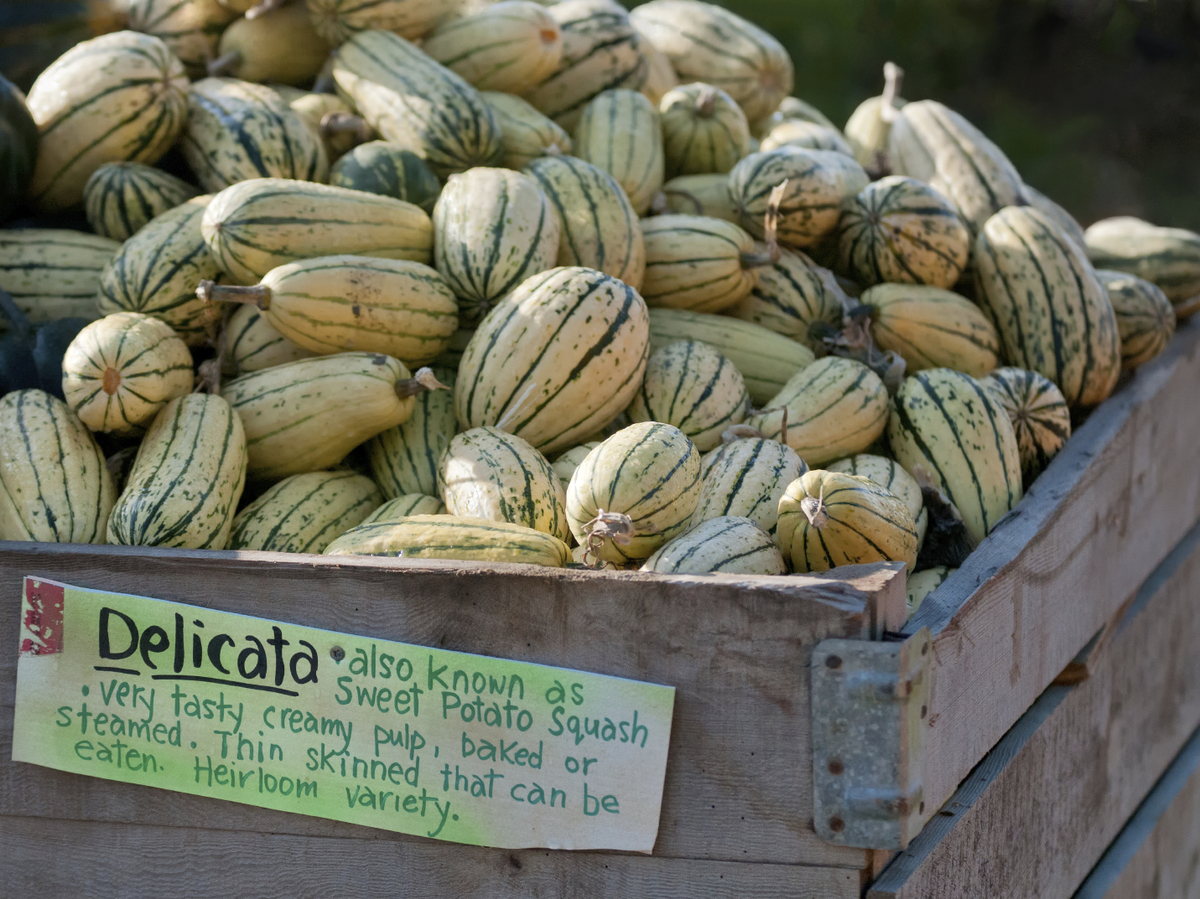 Delicata and acorn squash are best eaten in the first few weeks after harvest.

We are deep into fall, which means winter squash are all over restaurant menus, food blogs and probably your Instagram feed.

Sweet and hearty, their orange and yellow flesh stars in soups and ravioli. They can be roasted to caramelized perfection. And — as many of us will appreciate on Thursday — they do just fine baked inside a flaky pie crust (indeed, canned pumpkin pie filling often contains squash).

But before you rush to the store, consider this: All winter squash are not created equal. Acorn, butternut and Hubbard squash — just a few of the season's delights — fill different culinary niches. And, although they're all typically picked within a month or so of each other in early fall, the optimal moment to eat them can differ quite a bit.

"Once a squash is harvested, it's still very much alive," says Michael Mazourek, a plant geneticist and breeder at Cornell University who has been growing winter squash since he was in grade school. Like peaches in a paper bag, squash continue to ripen as enzymes convert its starch into sugar. And, Mazourek says, squash taste best when they achieve a good balance of starch and sugar. 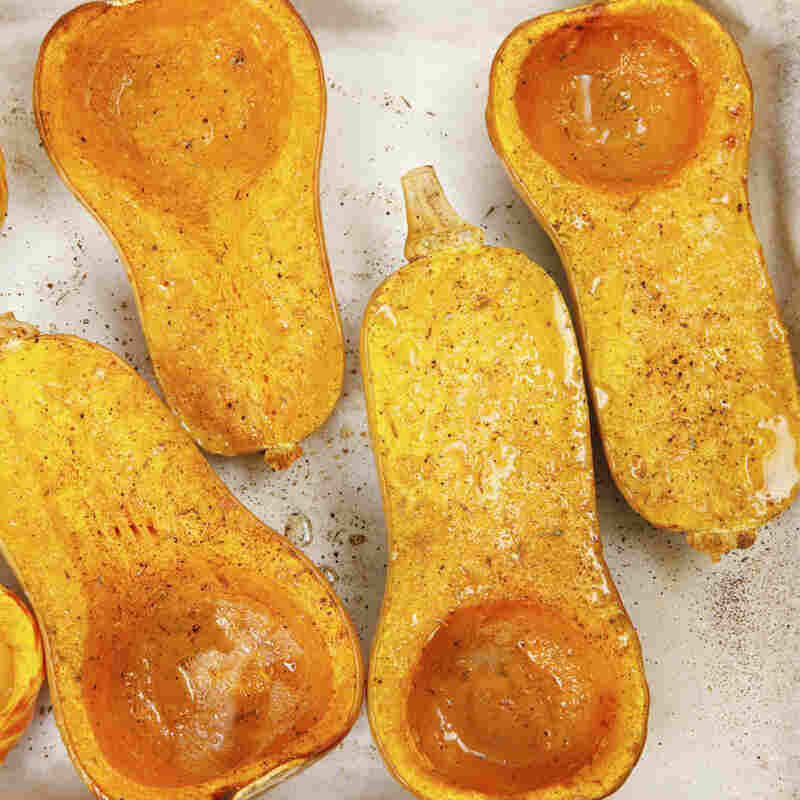 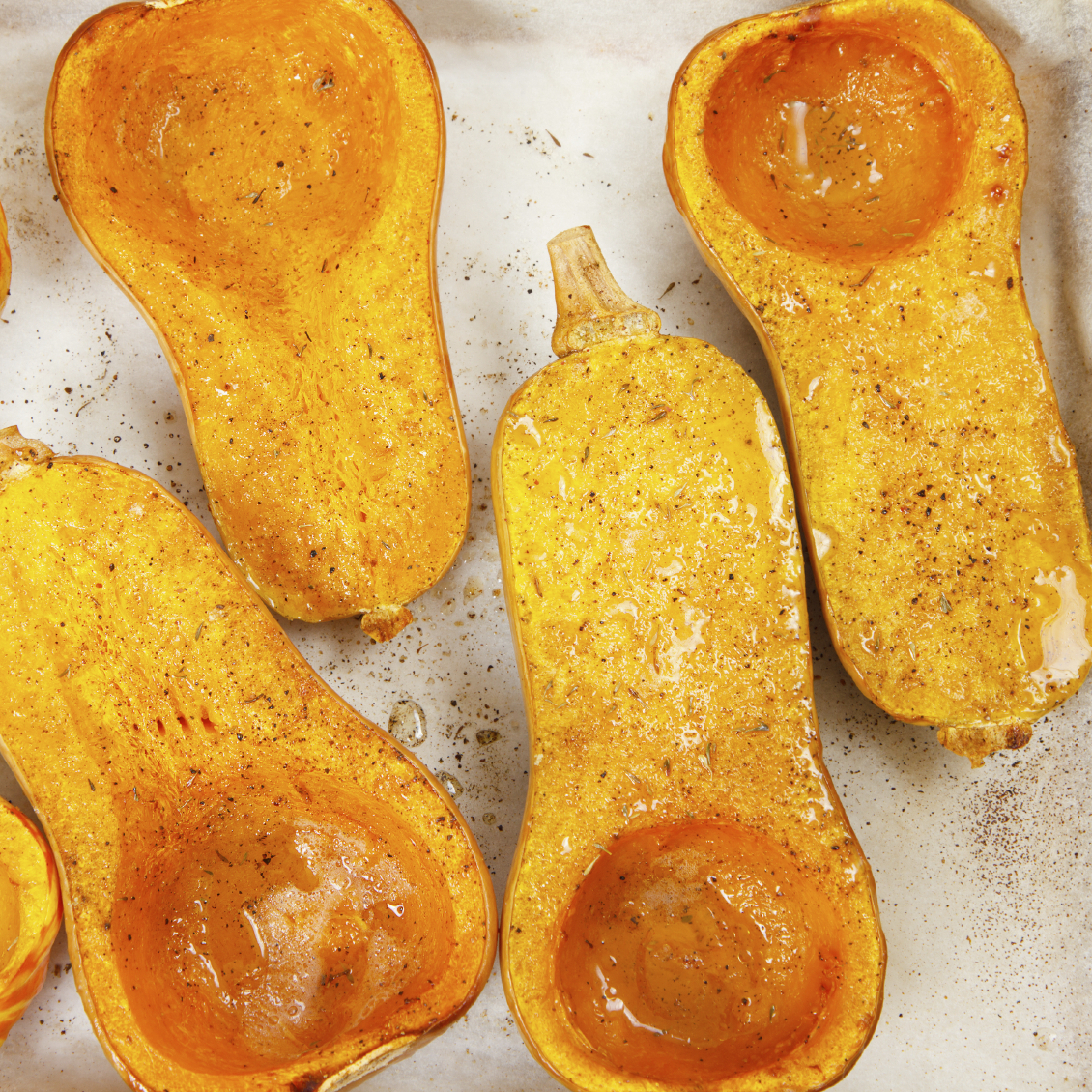 Not only do the flavor and texture of butternut squash improve with time, they actually become more nutritious.

Just when this occurs depends on several factors, like the type of squash and how much the fruit ripened in the field. Members of the species Cucurbita pepo — including green acorn squash and striped delicata squash — start out with relatively little starch, so they don't have much to spare, Mazourek says. That means they won't keep long, and are best eaten in the first few weeks after harvest.

Butternut squash, on the other hand, contain plenty of starch and last much longer off the vine. In fact, these squash — particularly if grown in short-season climates — actually get better after a few months of storage, says Brent Loy, a plant breeder at the University of New Hampshire. Not only do their flavor and texture improve, they actually become more nutritious. Most notably, the concentration of colorful pigments known as carotenoids — which help fight inflammation— can more than double after harvest, Loy says.

Last but not least, there are the rotund squashes of the species Cucurbita maxima. Some of these, like behemoth Blue Hubbard squash, can easily keep until March or April, Mazourek says. He's even heard lore of early New England homesteaders keeping them in root cellars and lopping off chunks throughout the winter. Thanks to their high starch content and "glacier-speed" ripening, you wouldn't want to eat these too early, Mazourek says. But there's another reason to save them for last: They're "going to store a long time, so you should be eating up everything else." 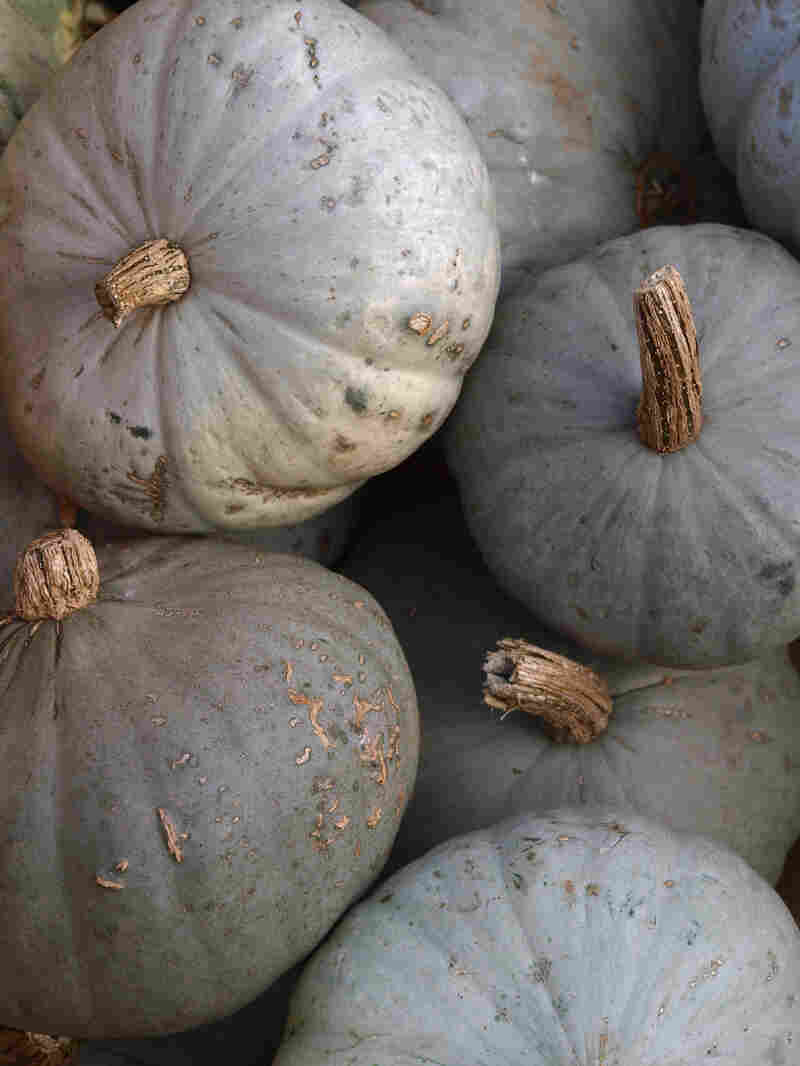 Unfortunately, if we buy our squash from the grocery store, it's hard to know exactly when they were harvested or how long they've been on the shelf. However, the holidays provide a loose guide, Mazourek says.

For squash grown in the Northeastern U.S. and similar climates, acorns and delicatas come into season around Halloween and Thanksgiving, butternuts last through Christmas and New Years, while Hubbards can sustain squash lovers through Easter and Passover. These dates get more flexible for fruit grown further south, and growers can shift them a bit by storing squash under conditions that hasten or slow ripening. Eventually, however, all squash go downhill, either by succumbing to decay or by losing so much starch that they turn stringy.

But even if you don't know a squash's whole life history, you can use a few tricks to select the best tasting specimens. "Pick one that's got the stem intact," says Farmer Lee Jones of The Chef's Garden in Huron, Ohio. This helps prevent the squash from drying out or going bad quickly. In addition, Jones says, pay attention to the fruit's color, which reflects its health and flavor. In butternuts, for instance, he looks for a deep tan rind without any green streaks.

One exception, Loy warns, are acorn squash, which turn green long before they ripen. In his tests, he's found that most acorns for sale at the supermarket haven't fully matured. "Because of that, people think that you have to put brown sugar and butter when you have acorns," Loy says. "And that's just not the case."

Loy says you can try checking the ground where the squash sat on the soil to see if it's dark orange, but even that's not a foolproof strategy. The best option, he says, is to buy acorns directly from local growers or choose other early season squash like delicatas or sweet dumplings.

Be equally cautious with off-season butternuts and other squash, Mazourek says, as these are often imported and unripe. "If you are discovering that, 'Wow, I really don't like these April butternut squash'," he says, "it's probably not the squash's fault." Instead, he advises opting for frozen squash, which have usually been picked when ripe in the fall and then preserved. Or, if you're feeling adventurous, you can stock up on some long-lasting squash during harvest season and store them yourself.

When it finally comes time to cook, chefs like Mark Cox, of Mark's American Cuisine in Houston, like to cut the natural sweetness of early season squash like delicatas by braising them in hard cider. However, for butternuts, which he considers "more of a stand-alone item," he highlights their buttery richness by roasting them in olive oil.

At the acclaimed Chicago restaurant Grace, chef Curtis Duffy is currently serving a dish featuring white pumpkin (a type of C. maxima) that he smokes, caramelizes and grills. It's one great use of the squash's dense, meaty flesh, but Duffy says you can "figure out what you like and just do it."

Julia Rosen is a freelance science journalist based in Portland, Ore.