Accessibility links
'Food For Fines': In Some Cities, Parking Tickets Drive Holiday Giving : The Salt A few cities around the country are letting drivers cover part or all of their fines with food donations. The idea is to turn a negative — getting a ticket — into a positive: helping others. 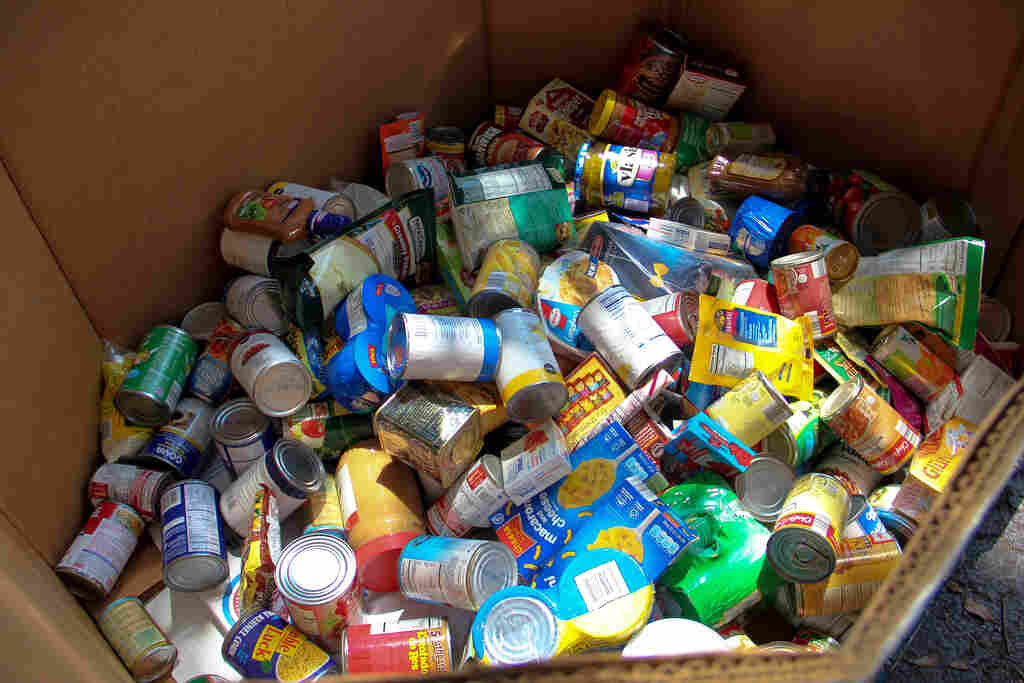 A few cities around the country are letting drivers cover part or all of their parking fines with food donations. Amber Riccinto/Ocala Star-Banner /Landov hide caption 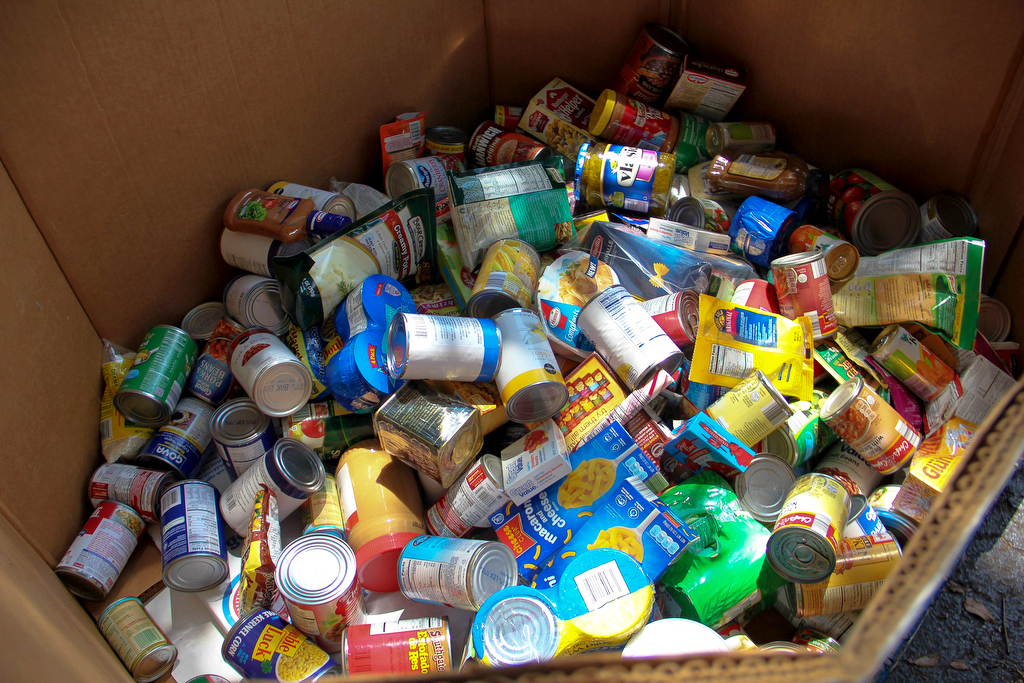 A few cities around the country are letting drivers cover part or all of their parking fines with food donations.

Parking fines aren't usually the stuff of holiday cheer. But a few cities around the country are turning them into an opportunity to promote giving, letting drivers cover part or all of their fines with food donations.

Lexington, Ky., first adopted the program, called Food for Fines, during the 2014 holiday season. There, 10 cans will knock $15 off a person's parking ticket. Last year, the program took in more than 6,000 cans of donated food that went to a local food bank, and it's on track to beat that haul this season, according Gary Means, the executive director of the Lexington Parking Authority.

Means says his city got the idea from programs at universities that let people pay for parking fees with food donations. Means says he's also heard of a donation program in Boston that let people donate toys during the holiday season to cover tickets.

"It's pretty rare," Means says. "As most people know, there's a lot of red tape with governmental entities. So to be able to take so-called donations as a payment is kind of a challenge."

It's a challenge other municipalities are also taking on.

From late September through the end of this November, Albany, N.Y., offered an amnesty program — waiving parking ticket late fees and strongly encouraging food donations. Albany Treasurer Darius Shahinfar says the city took in a ton-and-a-half of food — enough for 5,000 meals. But to do that, Shahinfar says the city had to navigate some legal issues.

"It could be considered an unconstitutional gift that you're basically waiving late fees for someone who brings in a parking ticket, but gives a can of food. And there's an argument for that under New York State constitutional law," Shahinfar says.

Shahinfar says the city worked around that by waiving late fees for everyone, regardless of whether they donated food. And he says that helped with other questions, like how to ensure someone paying online had actually donated.

In the end, he says the city of Albany took in more money than it otherwise would have by attracting people who likely wouldn't have paid their tickets without the amnesty for late fees — which can be substantial. In Albany, N.Y., for example, the standard fine for an expired meter is $25. The state tacks on a $15 surcharge. If a person is late paying, they'd get charged another $25, for a total of $65. Albany's Food for Fines program took that $25 late fee off a person's ticket. Shahinfar says that was a big enough savings to get some people to pay.

More importantly, Shahinfar says, the initiative turned what could be a negative— getting a parking ticket, into a positive: helping others.

In Tallahassee, Fla., City Commissioner Scott Maddox says that's what made him want to implement the Food for Fines program that launched on Nov. 30.

"We're hoping that by giving a little bit through this process, it will spur people to give throughout the holiday season and hopefully throughout the year," Maddox says.

In Tallahassee, drivers can pay off their parking tickets — up to $50 — by donating food. They'll get a $1 credit for each food item they donate. The food collected will go to Second Harvest of the Big Bend, an area food bank where Interim Executive Director Jim Croteau says the demand is high.

Croteau says ideally, drivers will donate quality food – by which he means something donors would want to serve to their own guests. And he says protein sources like tuna and peanut butter are needed at most food banks.

Typically, food banks can feed more hungry people through monetary donations. Croteau says 10 pounds of donated food provides eight meals, while $10 of donated cash could help pay for 40 meals. But Croteau says donation drives like the Food for Fines program have another benefit: They get people in the spirit of giving.

"There's a little bit of symbolism with bringing in 15 food items to pay your fine that I think goes a long way," Croteau says.