Accessibility links
Chipotle Faces Another Foodborne Illness Outbreak, This Time In Boston : The Salt Outbreaks of foodborne illness are ruining the holiday spirit for Chipotle. The latest cases erupted over the past few days among students at Boston College. 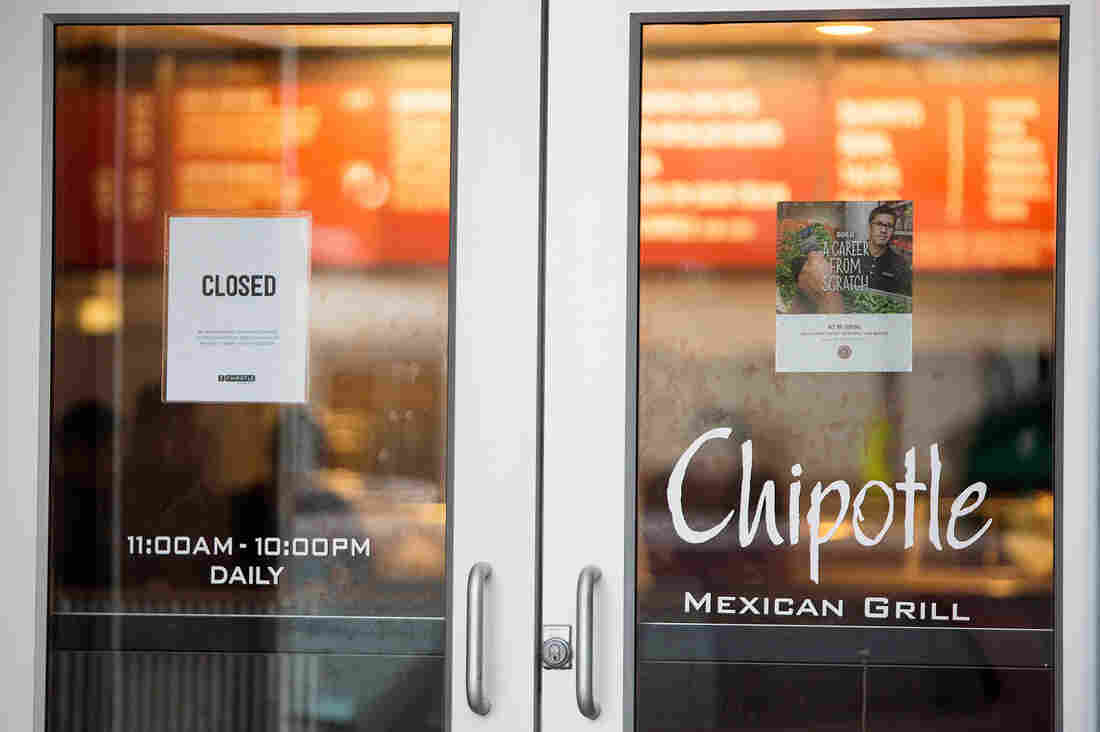 A Chipotle Mexican Grill was closed in Boston on Tuesday. According to a Boston College spokesman, 120 students have gotten sick after eating at the fast-food chain. Scott Eisen/Getty Images hide caption 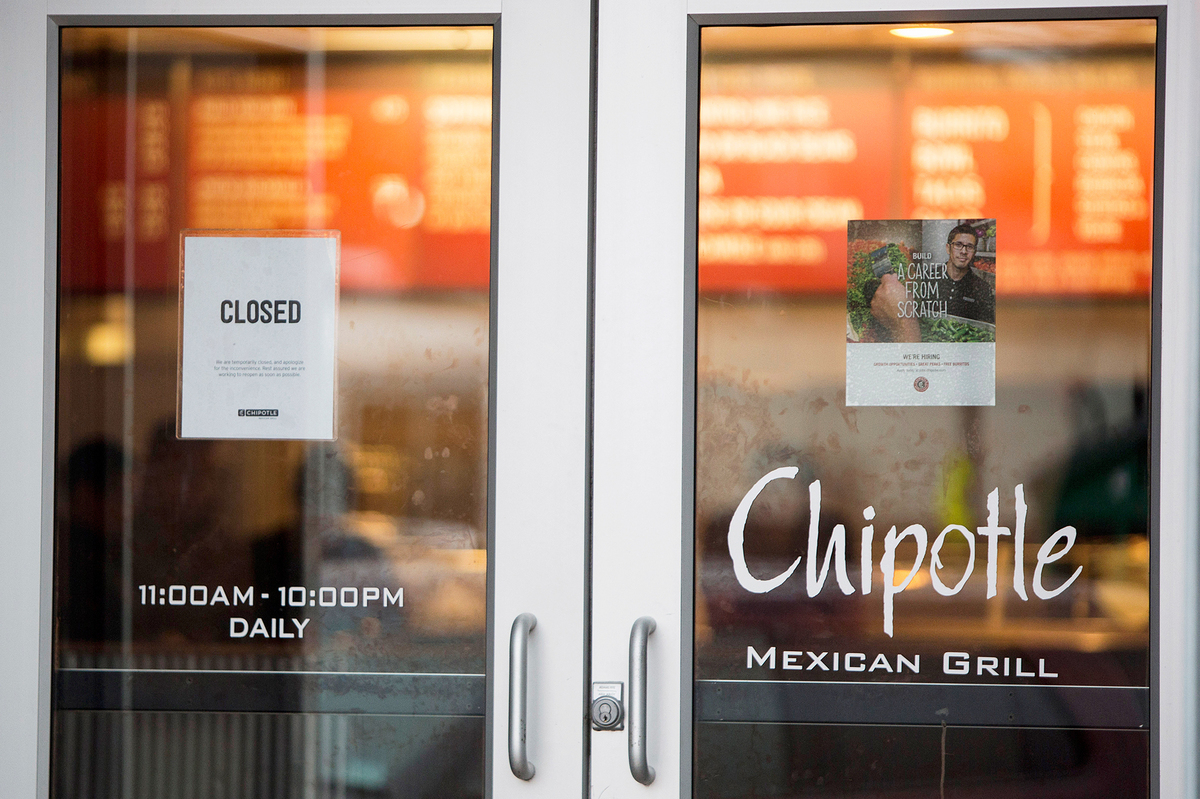 A Chipotle Mexican Grill was closed in Boston on Tuesday. According to a Boston College spokesman, 120 students have gotten sick after eating at the fast-food chain.

Is it those holiday parties filled with people eating together? We're not sure, but we keep hearing about new clusters of people getting poisoned by their meals.

The latest outbreak sickened at least 120 people in Boston, most of them students at Boston College.

This included eight members of the college's basketball team. The team is scheduled to play Providence this evening, and as of this morning, it's unclear whether the game will happen.

Most of the sick students reported eating at a nearby Chipotle Mexican Grill. (The college updated the number of students sickened from 80 to 120 students at 12:26 p.m. on Wednesday.)

This provoked suspicions of a link to an earlier outbreak of E. coli poisoning in the Pacific Northwest traced to Chipotle restaurants there.

It appears, however, that the two outbreaks are unrelated. According to preliminary tests, the Boston College students were sickened by another disease-causing organism, called norovirus.

Norovirus is sometimes overlooked, because it is less likely to kill you than disease-causing forms of E. Coli or salmonella. But it is by far the most common source of foodborne illness, according to the U.S. Centers for Disease Control and Prevention.

Chipotle has closed the restaurant near Boston College while the investigation continues. Government inspectors cited the company for allowing an employee to work there while ill last week, although the illness was not specified. Norovirus is highly contagious and is generally spread from person to person. (For more on what it's like when this nasty bug strikes, read Emily Sohn's essay over at Shots.)

On the other side of the country, meanwhile, prominent food safety lawyer Bill Marler tells us by email that an outbreak of foodborne illness has dampened spirits in his own office building. Last week, 200 people complained that they didn't feel well after a catered event in that building. Three went to the hospital. They were infected with norovirus.

Today, all the restaurants in that building are closed, including a Starbucks. "People look a bit uncomfortable on crowded elevators," Marler writes.