Accessibility links
A Protein In The Gut May Explain Why Some Can't Stomach Gluten : The Salt Some people who don't have celiac disease say they feel better on a gluten-free diet. Researchers have long been puzzled as to why. A study suggests it could be because of a protein called zonulin. 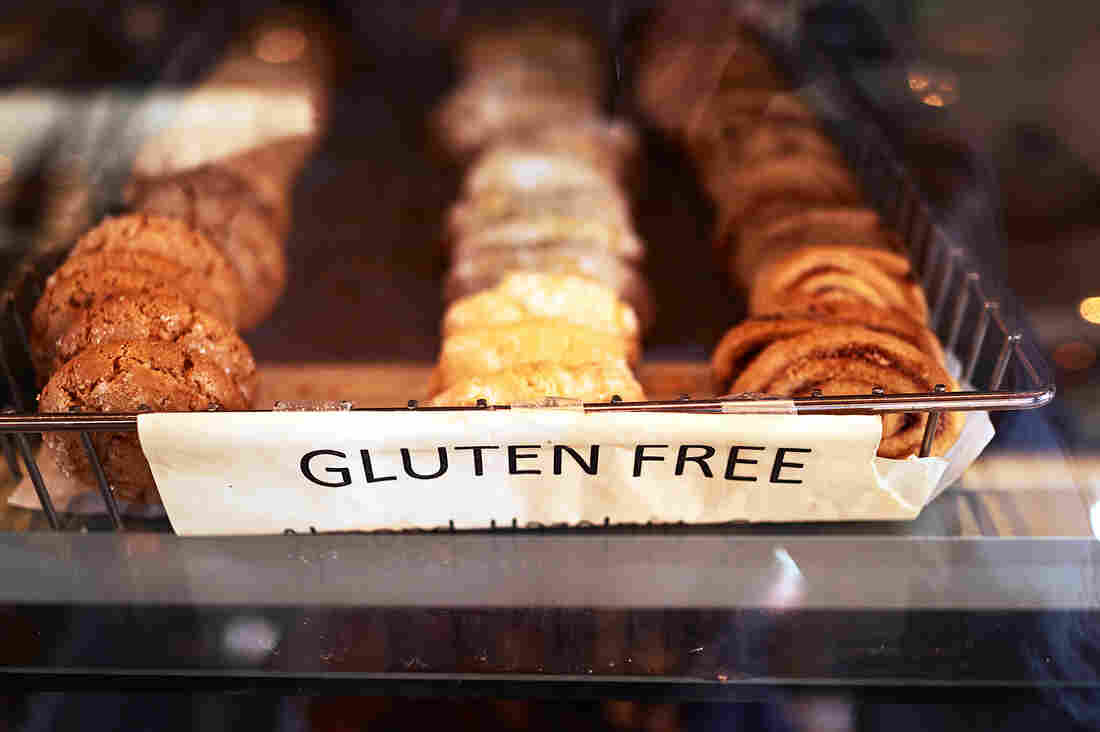 Those who avoid gluten may not be food faddists after all. Researchers are finally homing in on markers for gluten sensitivity in the body. JPM/Getty Images hide caption 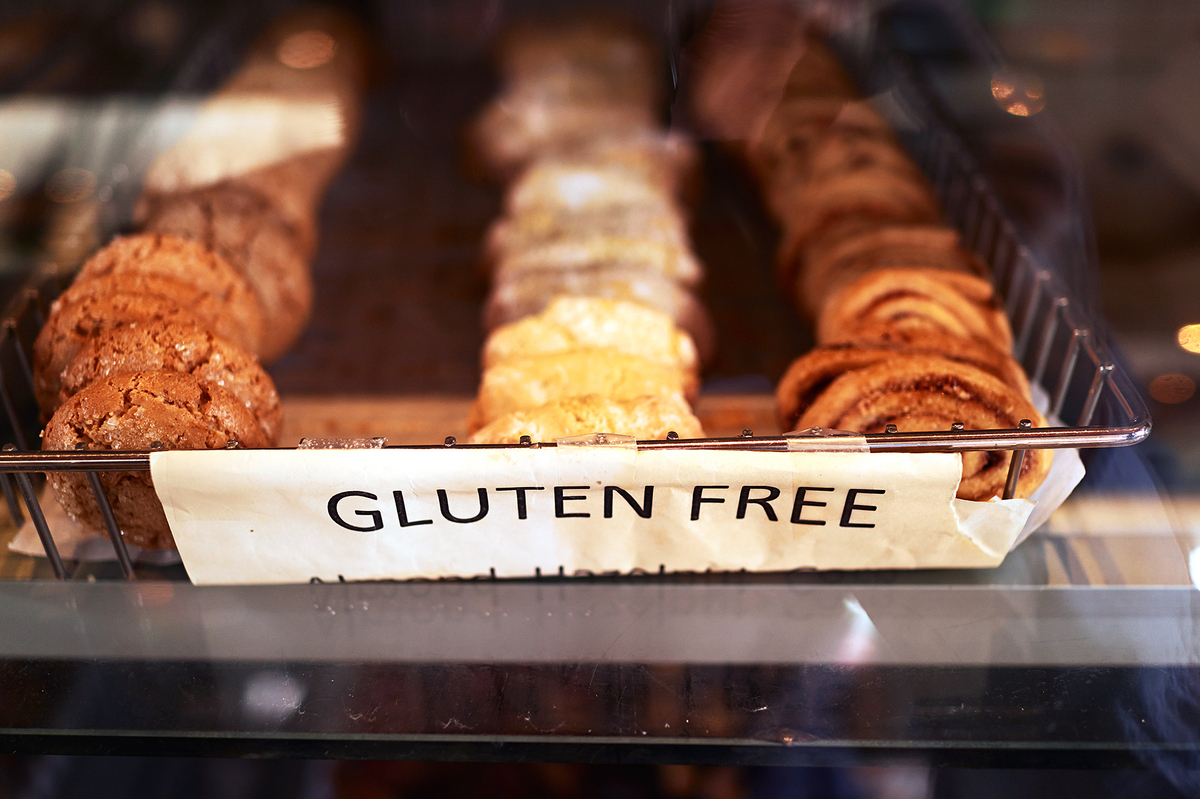 Those who avoid gluten may not be food faddists after all. Researchers are finally homing in on markers for gluten sensitivity in the body.

If you've found that you are sensitive to gluten — the stretchy protein that makes wheat bread fluffy and pie crusts crisp — perhaps you've had to bear the brunt of the gluten-free backlash.

Some 47 percent of American consumers say the gluten-free diet is a fad, according to Mintel research. And that's partly because there's been scant proof of what causes non-celiac gluten sensitivity. As far as diagnosing it goes, there's nothing akin to the gold standard tests that help diagnose the 1 percent of the population that has celiac disease.

But those who shun gluten (and don't have celiac disease) may not be food faddists after all. Researchers are finally homing in on markers for gluten sensitivity in the body. A study from Giovanni Barbara and his team at the University of Bologna, Italy, suggests that gluten-sensitive individuals may harbor high levels of a molecule called zonulin that is linked to inflammation.

Levels of zonulin in the blood have been shown to be high in celiacs already. In Barbara's study, levels in gluten-sensitive individuals almost matched those of celiacs. Though the results are preliminary, they point in a hopeful direction for future tests to help diagnose this controversial condition.

About 6 percent of the global population may be sensitive to gluten, according to gastroenterologist Alessio Fasano of Massachusetts General Hospital in Boston. Symptoms can be similar to irritable bowel syndrome, with abdominal pain, bloating, alternating diarrhea or constipation. And there can be other symptoms, including "brain fog," headache, fatigue and joint and muscle pain.

Enter zonulin, stage left. Zonulin is an inflammatory protein first discovered by Fasano and his team in 2000. It helps regulate leakiness in the gut by opening and closing the spaces or "junctions" between cells in the lining of the digestive tract. Zonulin is triggered by harmful bacteria, and offers important protection to the body: If you accidentally eat a food contaminated with salmonella, you rely on zonulin to help trigger diarrhea and flush out the bugs.

Once the pathogen is gone, zonulin levels drop and the junctions close.
So what does it have to do with gluten? It turns out that gluten is a strong trigger of zonulin in some individuals. "No human being completely digests gluten," says Fasano. "And in a small percentage of us, that undigested gluten triggers the release of zonulin," leading to high levels of it.

The results were presented in October as an abstract at the 23rd United European Gastroenterology Week in Barcelona, Spain. "I was very surprised, but not only by the zonulin levels," says Barbara. "In our study, gluten-sensitive individuals who responded to a gluten-free diet had a genetic predisposition to celiac disease. They had no evidence of celiac, but they did have the vulnerable genes that put a person at risk of celiac."

Despite having found two potential biomarkers, Barbara cautions that it's far too soon to recommend any kind of clinical testing. "We need more research to determine the clinical usefulness of these markers. ... Other laboratories need to reproduce our data, and we need to repeat our own experiment with gluten-sensitive patients who have been identified by strict criteria in double-blind studies." Barbara adds that his center only sees the most severe patients who have been unsuccessful finding treatment elsewhere, which may have influenced the results.

Fasano, who was not involved in Barbara's study, says the discovery of zonulin is part of a larger, evolving picture. "This molecule is extremely important in a lot of illness, from Type 1 diabetes to other autoimmune diseases. Many illnesses link back to loss of barrier function in the gut." Soon, a trial will begin to test whether it's possible to shut down zonulin production in the gut for a few hours.

"It would be really great," says Fasano, "if we had a safe medication that could keep this molecule at bay and offer help for celiac disease, gluten sensitivity and perhaps other conditions."