Accessibility links
What Is Figgy Pudding? Finally, An Answer : The Salt It doesn't usually feature figs, and it isn't what Americans think of as a pudding. Want to try it for yourself? Be prepared for 30 minutes of prep, eight hours of cooking — and four weeks of aging. 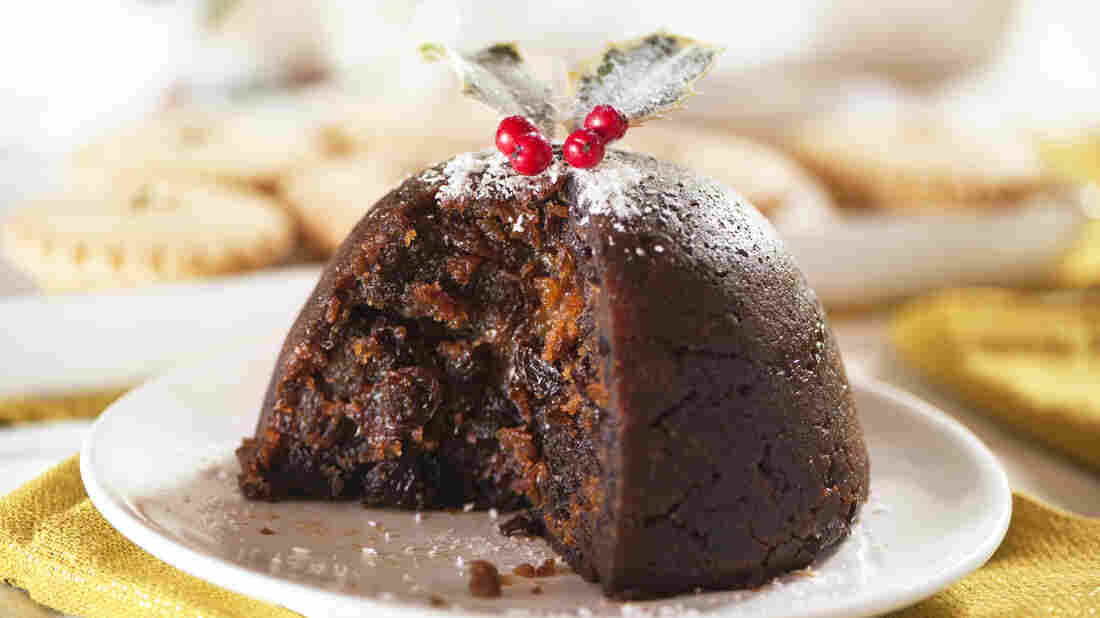 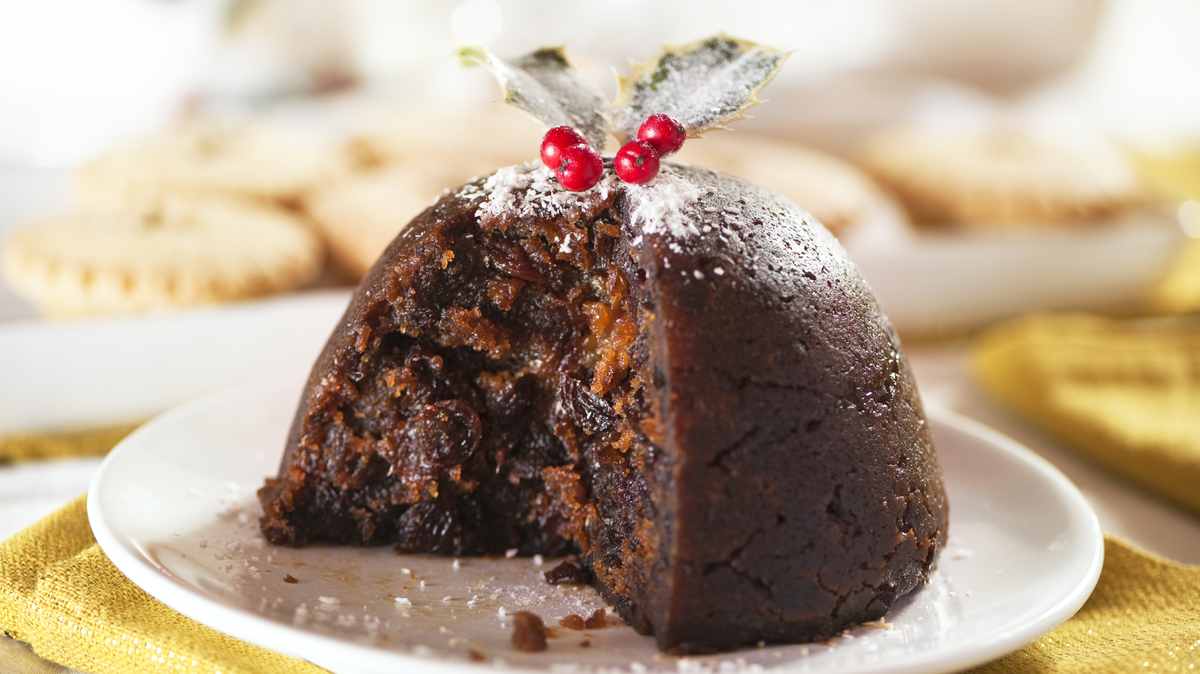 "Figgy pudding" is a traditional Christmas dessert that normally contains no figs — and isn't what Americans usually mean by "pudding."

This holiday season, one popular Christmas carol has been raising some questions here at NPR headquarters. Namely:

Wait. What is figgy pudding?

First of all, it's "absolutely delicious," says Debbie Waugh, who recently served the dish at a tea at the Historic Green Spring House in Alexandria, Va.

Figgy pudding — also known as plum pudding or Christmas pudding — is a staple of the British Christmas table, she says.

And despite its moniker, the dessert features neither figs nor plums.

From 2007: A Recipe For Figgy Pudding (With Actual Figs)

"The 'plum' was a pre-Victorian generic term for any type of dried fruit, but most specifically, raisins," Waugh explains. " 'Figgy' — certainly at some time figs would have been incorporated into Christmas pudding recipes, but today, not traditionally."

It's also a pudding in the British sense, meaning dessert — not the creamy, custardy dish most Americans associate with the word. It's a steamed cake full of raisins, currants and brandy.

The traditions around the figgy pudding carry a lot of Christian symbolism, Waugh says. The classic dish had 13 ingredients — "representing Christ and the 12 apostles," she says — and was served with a sprig of holly on top, standing in for the crown of thorns.

"And, of course, the most important part of the Christmas pudding tradition: We set it on fire," Waugh says. "We pour a bit of brandy over it and set it aflame to great applause." That particular tradition represents the passion of Christ, she says.

When NPR asked if Waugh could make one and let our staffers watch, she was blunt: "Not on your life!"

"Few people nowadays make their own from scratch," she says. "It's a very time-consuming, labor-intensive operation. We're already a bit too late, anyway, to make a Christmas pudding, because you should have begun it on the last Sunday before Advent ... five weeks before Christmas."

"You could make your pudding on Christmas Eve and I'm sure it would be just fine, but much better to start well ahead."

Ah well. If you're OK with a "just fine" version — or want to sample a figgy pudding in late January — Waugh did agree to share her recipe.

Grated zest of one lemon