Accessibility links
In Cambodia, 'Lucky' Iron Fish For The Cooking Pot Could Fight Anemia : The Salt Iron deficiency, which can lead to anemia, is a huge problem in Cambodia. A social enterprise wants to prove that adding a little iron fish to a pot on the stove will make a dent in the problem. 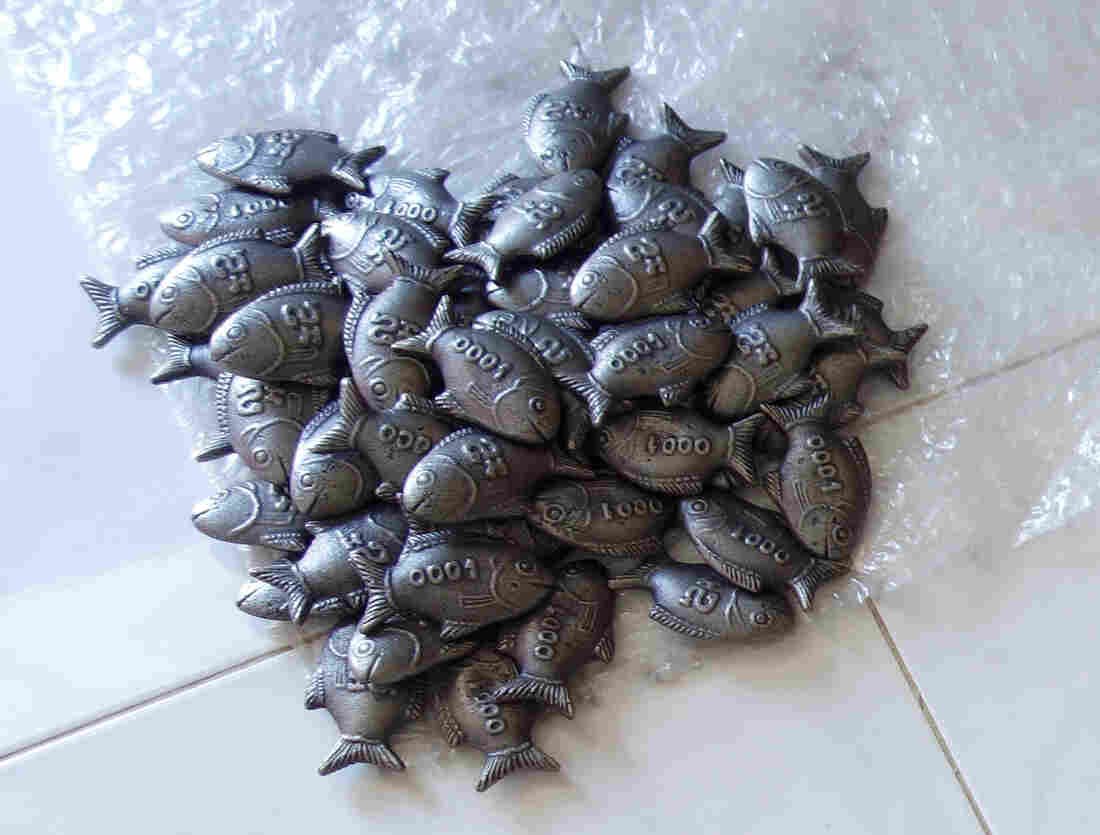 Canadian Christopher Charles came up with what he thought was a simple alternative to iron supplements: Give villagers in Cambodia little blocks of iron to drop into their cooking pots. Michael Sullivan for NPR hide caption 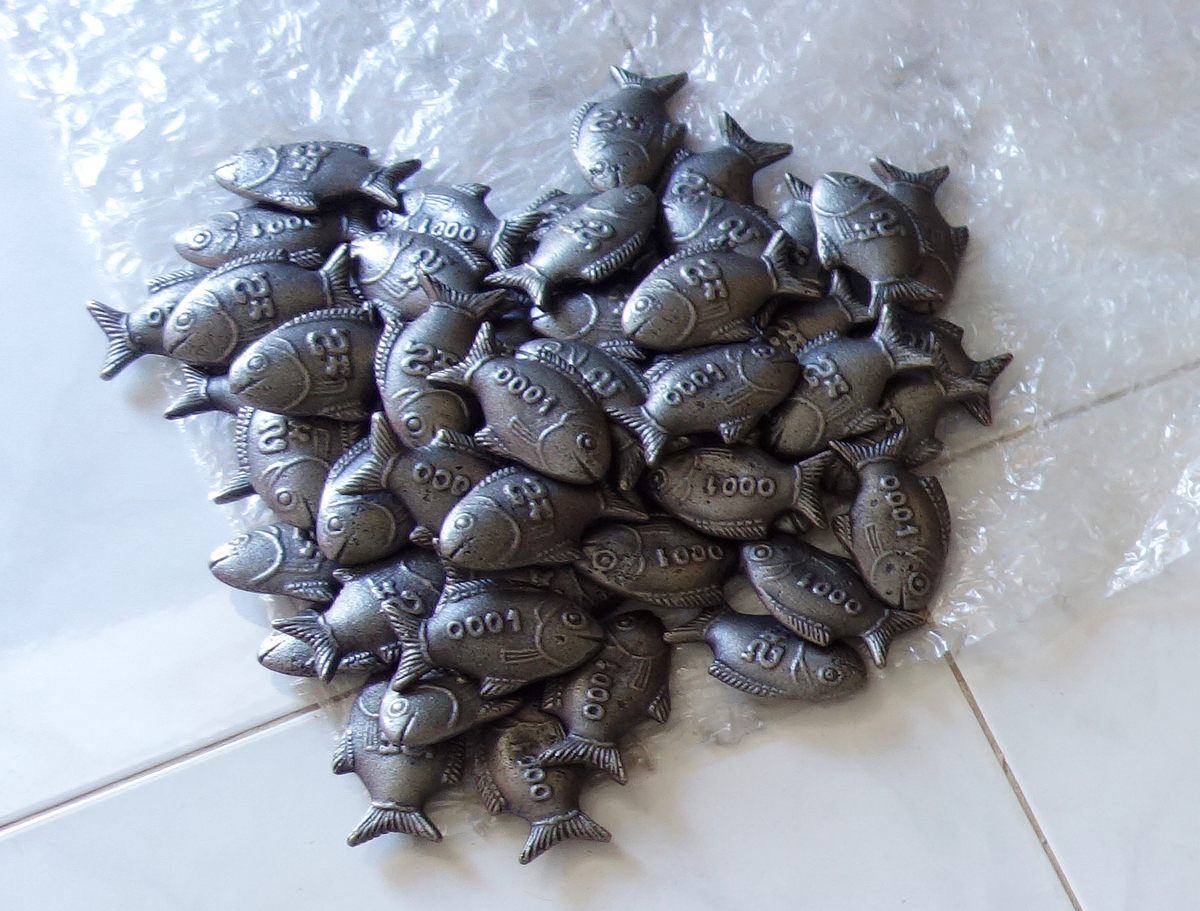 Canadian Christopher Charles came up with what he thought was a simple alternative to iron supplements: Give villagers in Cambodia little blocks of iron to drop into their cooking pots.

In 2008, Canadian student Christopher Charles was working in rural Cambodia, living in a typical Cambodian house on stilts. He had no electricity, no running water and, he says, a lot of time to sit around and think.

"I was looking at the prevalence of anemia and parasite infection in the region and began to uncover this huge problem that no one was doing anything about," in Cambodia. Anemia is a disease that's linked to low levels of iron in the blood, and almost half of Cambodia's population suffers from it.

The World Bank estimates that iron deficiency is a $50 billion drain on global GDP.

Iron tablets can help, and pregnant women are often prescribed them. But compliance rates in developing countries aren't very good, says Imelda Bates, a hematologist Liverpool School of Tropical Medicine in the UK.

"They're good, they work, but people don't like the taste and they quite commonly give people stomach upsets, constipation, stomach pains." And, she adds, "They also turn your stools a nasty, dark greeny, black tarry color and consistency which people don't like as well."

Back in Cambodia, Charles decided he wanted to do something. People have been adding iron to their food via iron cooking pots for years, and others take supplements.

So Charles came up with what he thought was a simple alternative: Give villagers little blocks of iron to drop into their cooking pots. The iron gets released slowly as the water boils and released into the food cooked in it, too.

Charles says at first, people hated them. They thought were ugly and that they would scratch their pots so they turned them into doorstops. But he kept at it. 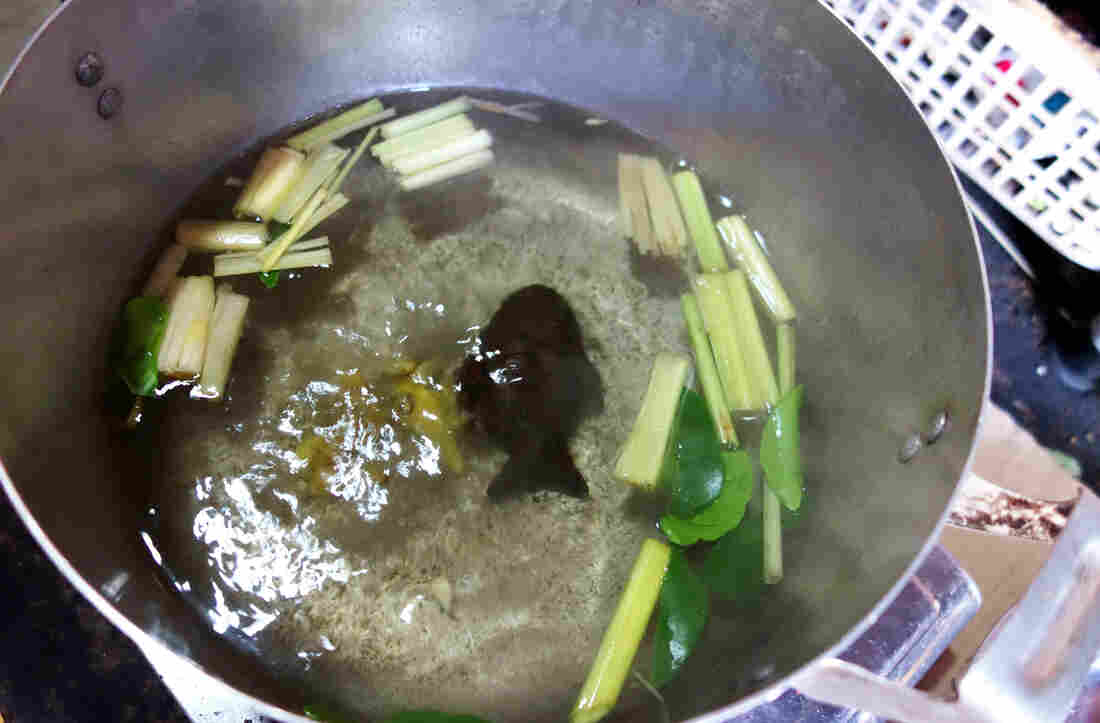 The iron in the Lucky Iron Fish gets released slowly as the water boils, and released into the food cooked in it, too. Michael Sullivan for NPR hide caption 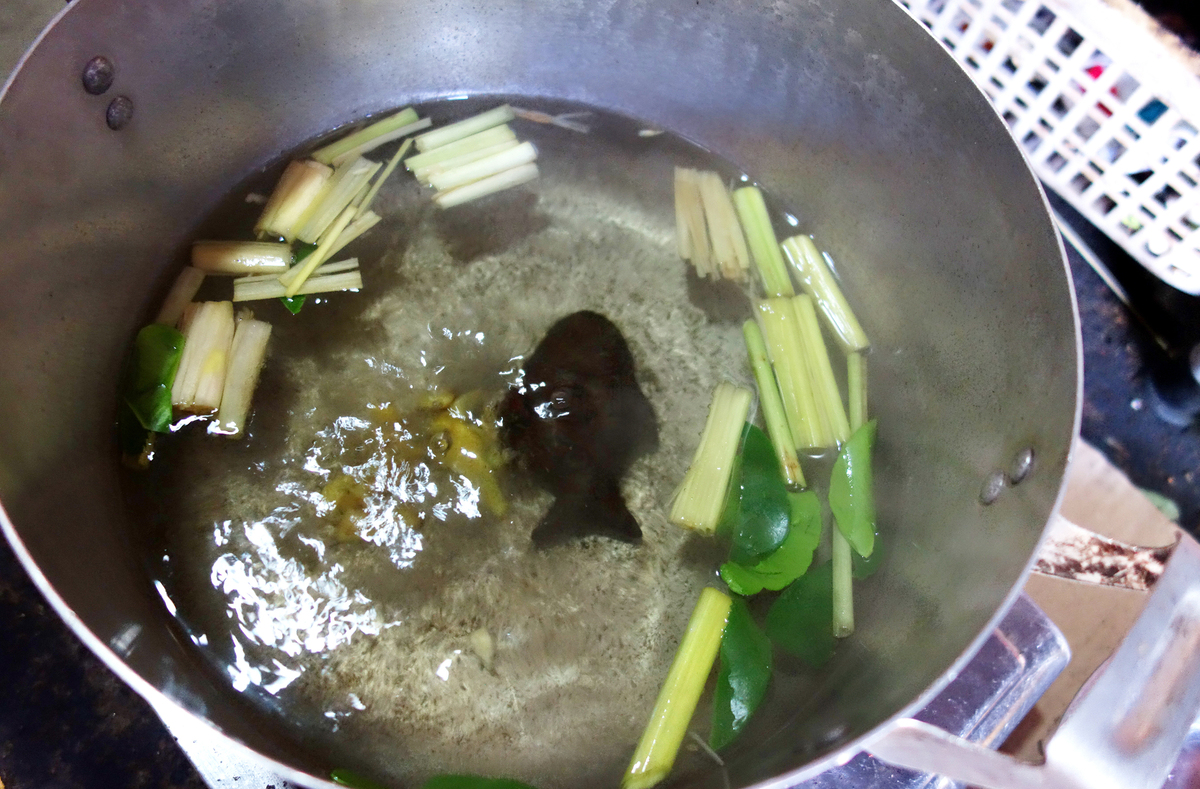 The iron in the Lucky Iron Fish gets released slowly as the water boils, and released into the food cooked in it, too.

Then came his cultural "Eureka moment," when he realized that in rural Cambodia almost everything revolves around fish. People earn money fishing, they're a big part of the Khmer diet, their folklore, even their currency — the riel — is named after a fish.

"And I stumbled across this one kind of fish that's called the Try Kantrop and it's associated with luck in village folklore, so it had the added benefit of being attractive and sort of resonated with people in a luck and good health and well-being sense," Charles says. "And it really helped sell the idea to the Cambodian people I was working with and get them on board the project."

And the Lucky Iron Fish was born.

The scientific jury is still out on the Lucky Iron Fish and its health benefits, though Gavin Armstrong, who's now CEO, insists that a clinical trial the company ran with 230 people was encouraging. After just nine months of using the fish every day, Armstrong says, there was a 50 percent decrease in the incidence of clinical iron deficiency anemia and an increase in users' iron levels.

One of those who has been using the fish is Sot Mot, a 60-year-old grandmother who lives just outside Phnom Penh. She drops the fish into boiling water as she chops up garlic, ginger and lemongrass for Khmer chicken soup. "Before, I felt tired and lazy and my chest shook when I was tired," she says. "But after I use the fish, I have strength and energy to work and I sleep well, too."

She'll need all of that energy, because she cooks for and takes care of many grandchildren while their parents are off working at nearby garment factories or in the fields.

"Before, when I went to school I felt tired, and I didn't do well at math, maybe the sixth in the class," says 15-year-old Danai, one of those grandchildren. Now," she says proudly, "I'm No. 1."

That's good news on many fronts for Armstrong, who is all of 28. He's conducting a third study in Cambodia with 330 participants. And he's hoping to convince the skeptics in the scientific community and add to the $1.2 million war chest the company has already raised. In the meantime, the Lucky Iron Fish company started rolling out its fish for sale late last year here in Cambodia, abroad and online.

At Trunkh, a trendy boutique tucked away on a side street not far from the royal palace in Phnom Pehn, co-owner Marianne Wheeler says she has a hard time keeping the fish in stock — even at an asking price of $25 each for foreign tourists.

"A lot of tourists obviously buy them because the're a beautiful little souvenir of Cambodia and have a great story behind them, but people have also been buying them because they have someone in the family that's anemic," she says.

They've sold enough — both here and mostly online — that the company is now giving away several thousand to its NGO partners.

And Bates thinks Lucky Iron Fish seems to be onto something.

"I think we can be purists and say you should have all the evidence lined up properly before rolling anything out, but in practice that's really difficult," she says. "And I think we have to be pragmatic about it."

Armstrong says the goal really is to have a fish in every pot —or at least every pot that needs one.