Accessibility links
In Peru, Sipping The Season With A Cocktail De Algarrobina : The Salt This eggnog-like beverage contains pisco; sweetened, condensed milk and a special syrup from a tree Peruvians call "the tree of life."

In Peru, Sipping The Season With A Cocktail De Algarrobina

In Peru, Sipping The Season With A Cocktail De Algarrobina 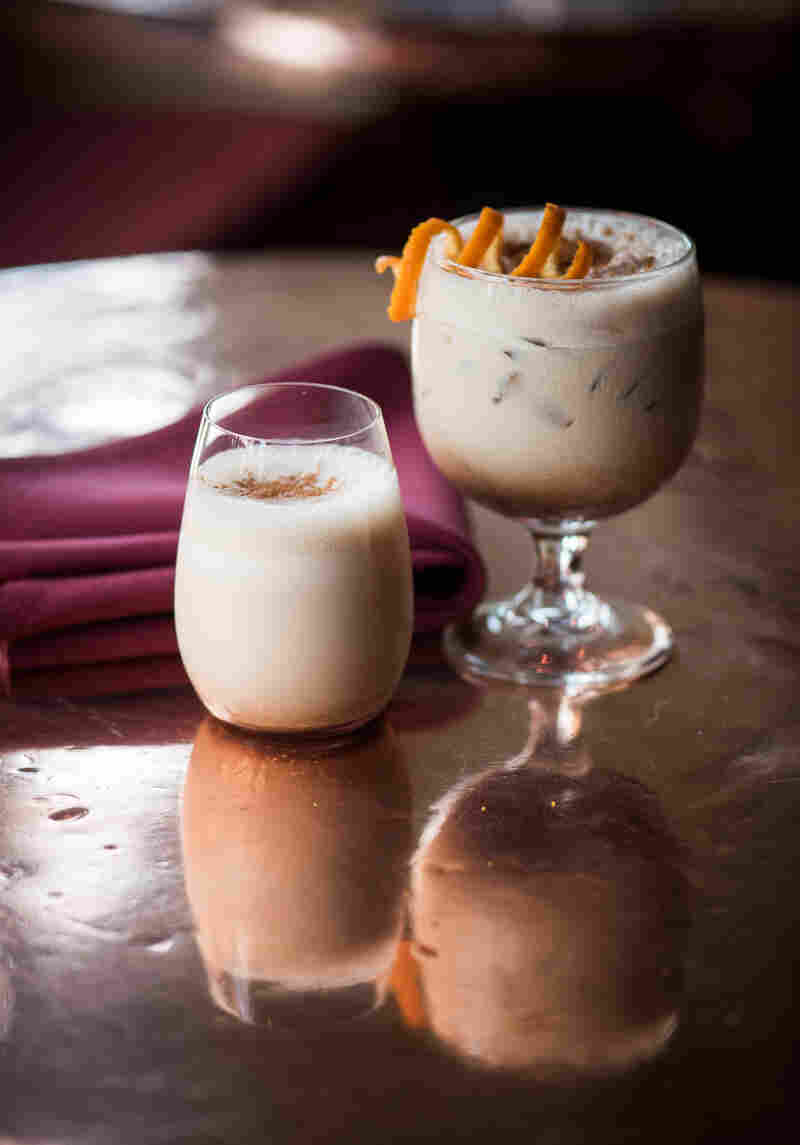 The history of this sweet little drink traces back to Spain's conquest of Peru, and a drink called ponche de huevos, or egg punch. Courtesy of Alyson Levy hide caption 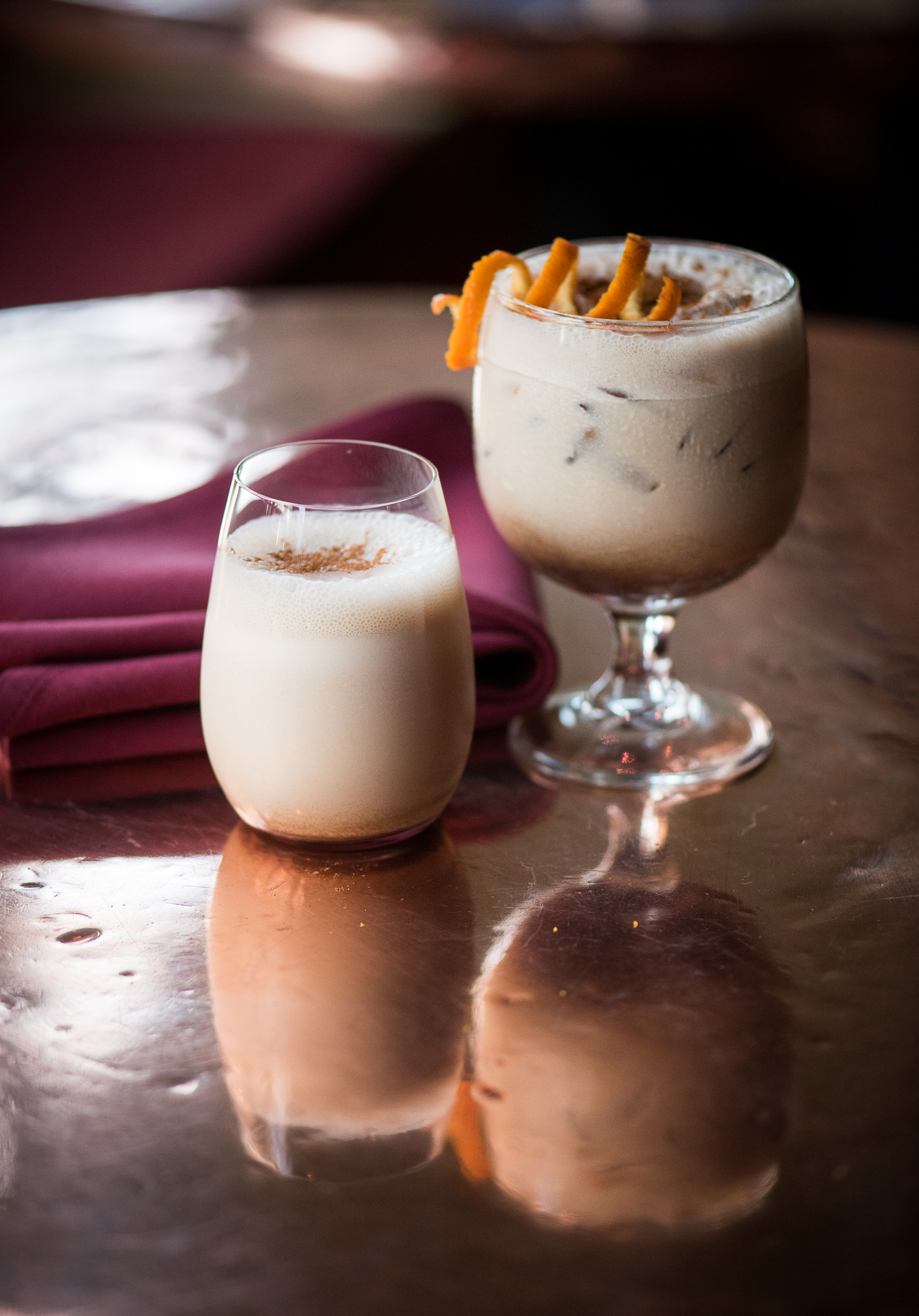 The history of this sweet little drink traces back to Spain's conquest of Peru, and a drink called ponche de huevos, or egg punch.

Blending up eggs, milk, sugar, booze and with a bit of spice grated on top — sounds like eggnog, right? But use pisco instead of rum; sweetened, condensed milk in place of fresh milk and cream and a special ingredient — and you've got a cocktail de algarrobina. In Peru, it wouldn't be Christmas without it.

"Christmas eve, in the Andes, is traditionally a cup of hot cocoa with panettone and cheese," says Doris Rodriguez de Platt, who grew up in the Andes in northern Peru and now co-owns the Peruvian restaurant Andina in Portland, Ore. "And on Christmas Day, we have cocktail de algarrobina."

Whether it's Christmas, New Years or Independence Day, a tray of cocktail de algarrobina "proves to your guests that you are a real Peruvian," she jokes. "We are all very gregarious communities, with gregarious celebrations. It's a way to say 'salud' before we sit at the table."

The history of this sweet little drink traces back to Spain's conquest of Peru, and a drink called ponche de huevos, or egg punch. According to Morena Cuadros, author of The Everything Peruvian Cookbook, in Peru's colonial era, Spanish monks used to make an egg and milk punch with wine. "Then they substituted the wine with the same amount of rum and finally, pisco." And since it's not always easy to get fresh dairy in the more remote regions of Peru, people began to substitute shelf-stable cans of sweetened, condensed and evaporated milk. 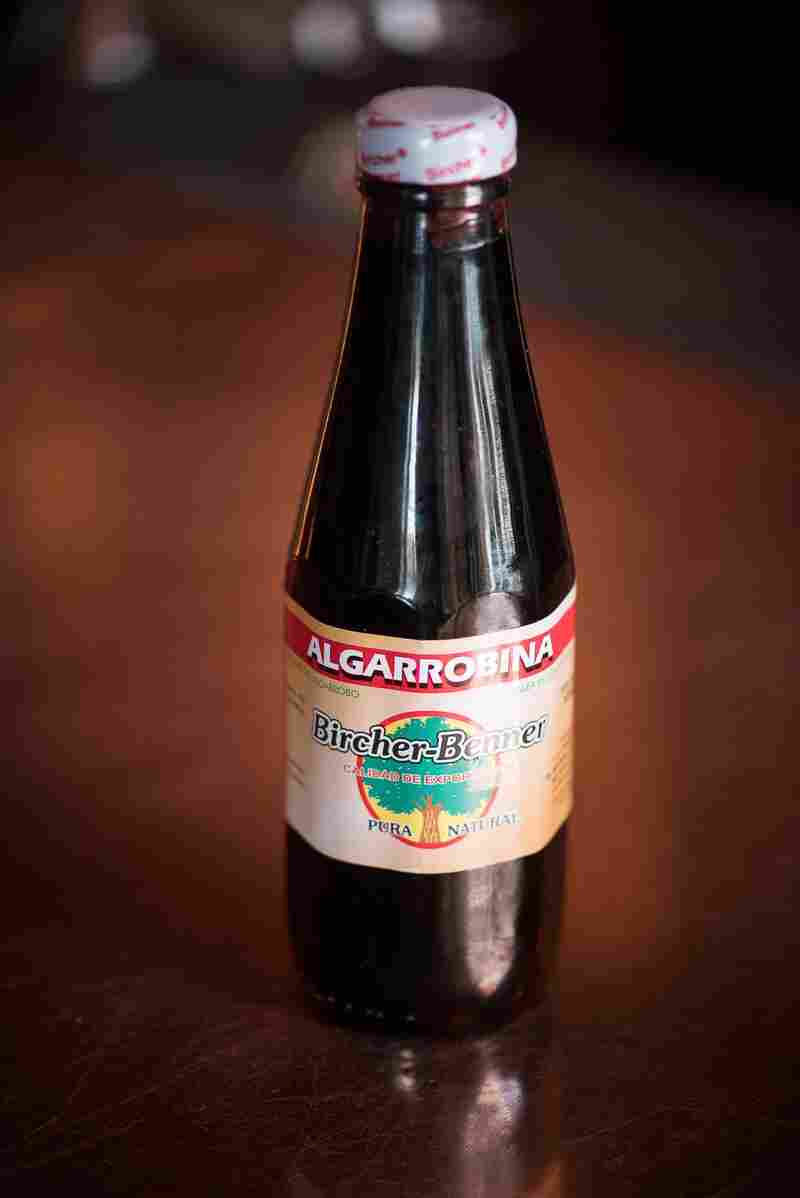 But this drink's defining ingredient is the algarrobina.

Algarrobina is Peruvian carob — it's a legume like the Mediterranean carob, but it's a different species. According to Nico Vera, the Peruvian chef and mixologist behind the Pisco Trail, it's known as arbol de la vida — the tree of life.

The pods and leaves are used to feed livestock, and, according to Cuadros, makes meat more flavorful. The wood is used as fuel and can infuse food with a distinct smoky aroma. But most important is the syrup. Like Mediterranean carob, algarrobina has a sweet, sticky pod — which yields a sweet, sticky syrup.

The molasses-like syrup is undeniably sweet, but with a bit of a tannic edge. It's used where other recipes might call for honey or molasses, or even chocolate. It's drizzled into custards and flans, and made into a sauce for fish — you can even pick up algarrobina frappuccinos at Peruvian coffee shops. And because of its high protein and mineral count (it is a legume), algarrobina syrup is used as a traditional antidote for everything from malnutrition and anemia to bad complexion and impotence.

But around the holidays, algarrobina is for celebrating. And Peruvians have a variety of ways to prepare the holiday cocktail.

Some recipes call for just yolks, while others use the whole egg. As with eggnog, you can age the mixture for a few weeks if you want to. Cinnamon is a common topping, but you can also grate cloves, or even anise. You can go sweeter, or virgin if you're serving kids.

Like eggnog, all of the variations can be delicious. And it's "a way to welcome all the guests who have come home for a special dinner," says Portland's Doris Rodriguez de Platt. Platt swears by her stepmother's variation, but says whatever tweaks you prefer, just make sure you lay out a nice tray for your guests, with some small chilled little cups (this is rich stuff, remember), and raise a glass to the season.

Note: The sweetened milk can be substituted with sugar or simple syrup