Accessibility links
We Eat Too Much Sodium Because Companies Keep Dumping It In Our Food : The Salt A study finds that nearly all Americans — regardless of age, race or gender — consume more sodium than recommended. The CDC says food companies need to work harder to cut it in their products. 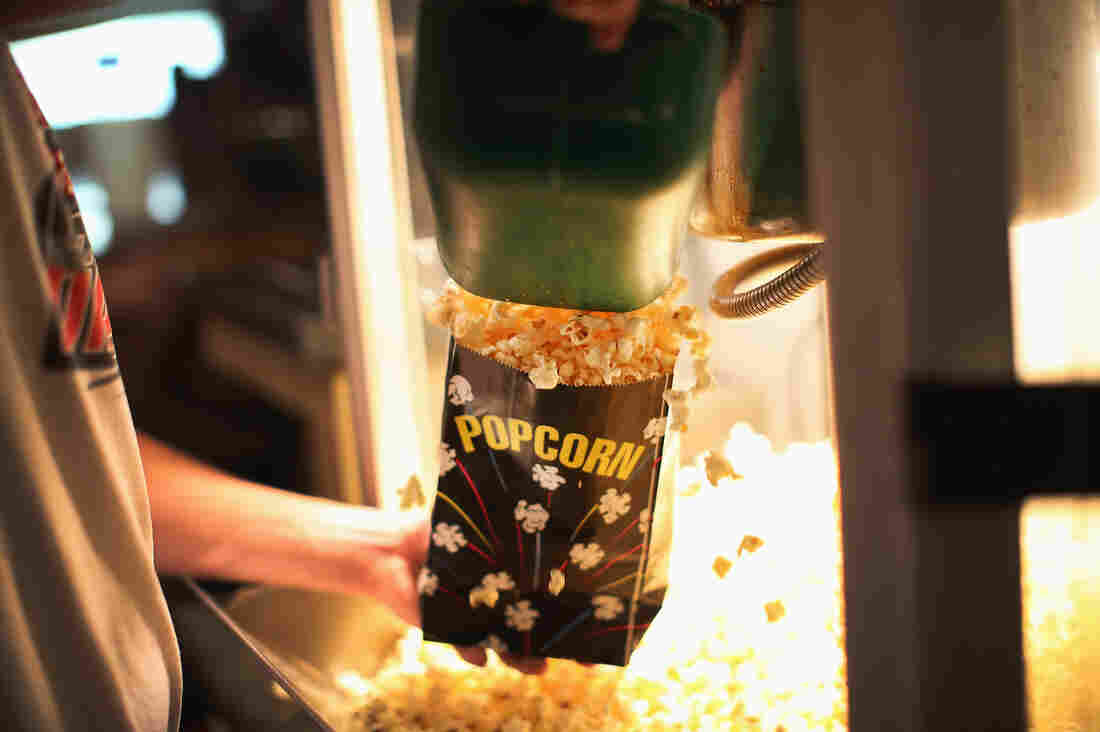 Extra-high amounts of sodium can be hidden in savory snacks like popcorn served at movie theaters and other concession stands. Scott Olson/Getty Images hide caption 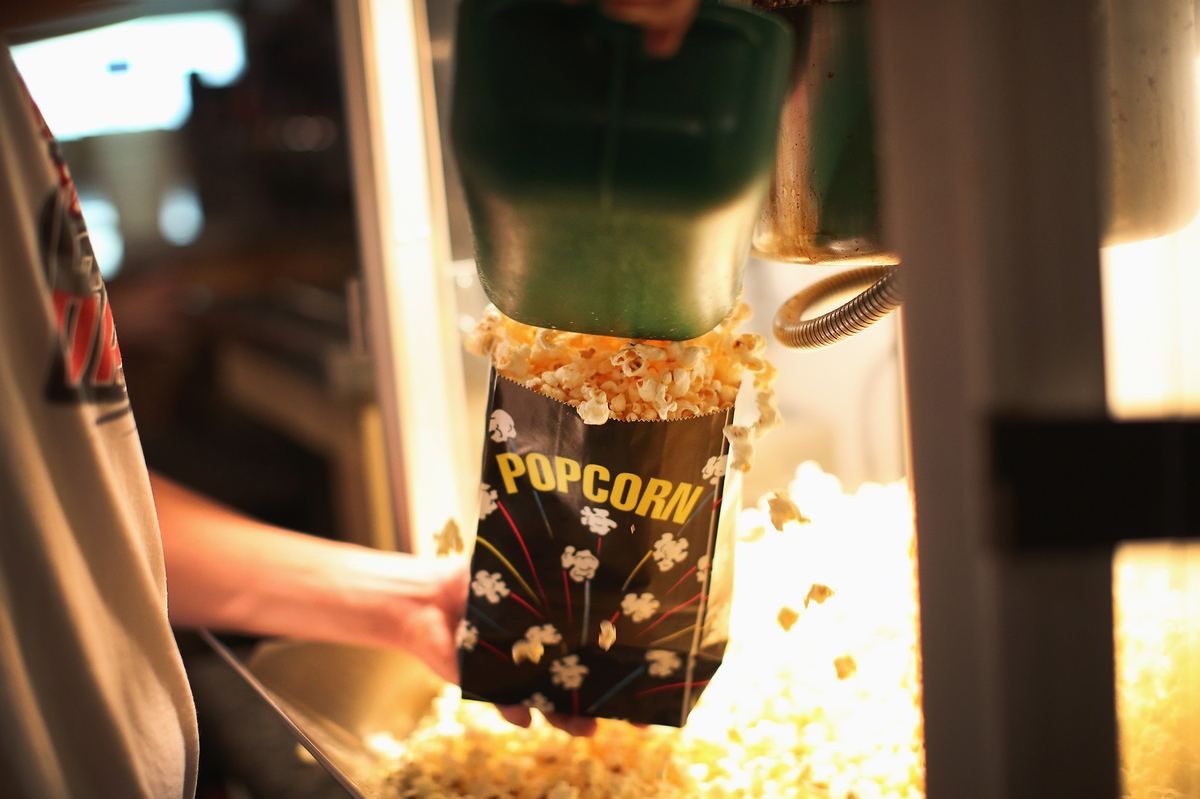 Extra-high amounts of sodium can be hidden in savory snacks like popcorn served at movie theaters and other concession stands.

The Centers for Disease Control and Prevention is beating the drum again: We're consuming too much sodium and it's a reason we have such high rates of hypertension and cardiovascular disease.

An analysis appearing in this week's Morbidity and Mortality Weekly report reveals that 89 percent of U.S. adults were consuming more than the recommended 2,300 milligrams of sodium a day in the years 2009-2012, according to National Health and Nutrition Examination Survey data, or NHANES.

New Dietary Guidelines Crack Down On Sugar. But Red Meat Gets A Pass

On average, men between the ages of 19-51 consumed about 4,400 mg a day, while women were getting about 3,100 mg a day, according to the CDC report. The numbers were slightly lower for adults 51 and over. Some 90 percent of U.S. children of all ages also far exceeded the recommended daily amounts for their age groups. For example, boys and girls ages 9-13 consumed about 3,300 mg and 3,000 mg respectively, well above the 2,200 mg a day deemed healthful for them.

Here's what makes this problem so stubborn: Most of this sodium isn't coming from the salt shaker, which is more or less easy to regulate on an individual basis. The vast majority of the sodium we consume comes from processed foods we buy and meals we eat in restaurants. We may not realize, or have any way to find out, how much is really in there.

"It's very difficult for individuals to lower consumption on their own, because there's so much sodium in everything they eat," Tom Frieden, director of the CDC, tells us.

Over the past several years, various food companies, through the National Sodium Reduction Initiative, have made commitments and met targets to lower sodium content for specific foods. My colleague Dan Charles, who looked at Mondelez International's efforts to drop the sodium in Ritz crackers and salad dressing, has called it a "giant salt-reduction experiment."

Sodium Sleuths: Do Southerners Eat More Salt Than The Rest Of Us?

But Frieden says it hasn't been enough. "Some companies have made significant progress, but across the whole industry we need to see steady reduction," he says. "The bottom line is we want to put choice into consumers' hands about putting it in, since you can't take it out once it's in there."

According to data from the Institute of Medicine, the amount of sodium in foods has not, on the whole, changed over the past decade. The worst offenders? Bread, deli meats, pizza, poultry, soups, cheese, pasta dishes, meat mixed dishes and savory snacks like popcorn. As I noted back in 2012, the white bread on your turkey sandwich could be delivering up to 400 mg of sodium, almost as much as the turkey.

While many food companies are dragging their feet on sodium, Frieden says widespread reductions are unlikely to hurt their sales. Research shows that people don't tend to miss most of the excess sodium when it's gone. "When you take sodium out and offer people the shaker, they put back only a fraction of what was taken out; you often really can't tell," he says.

A 2014 paper in the New England Journal of Medicine showed that 1 in 10 deaths from cardiovascular disease around the world can be attributed to sodium consumption. And that link is strongest when blood pressure is elevated. The new Dietary Guidelines for Americans, released Thursday, suggest 1,500 mg a day of sodium for people with prehypertension and hypertension.

So what to do in a sodium-saturated world? Read the label when it's there. Be wary of foods like deli meats that might not be labeled. And if you're in New York City, look sharp for the high-sodium warnings on certain menu items that became requisite for chain restaurants in December.