Accessibility links
Campbell Soup Switches Sides In The GMO Labeling Fight : The Salt The Campbell Soup Co. has announced that it now supports a federal law requiring labeling of genetically modified ingredients. It's the first major food company to endorse such a law. 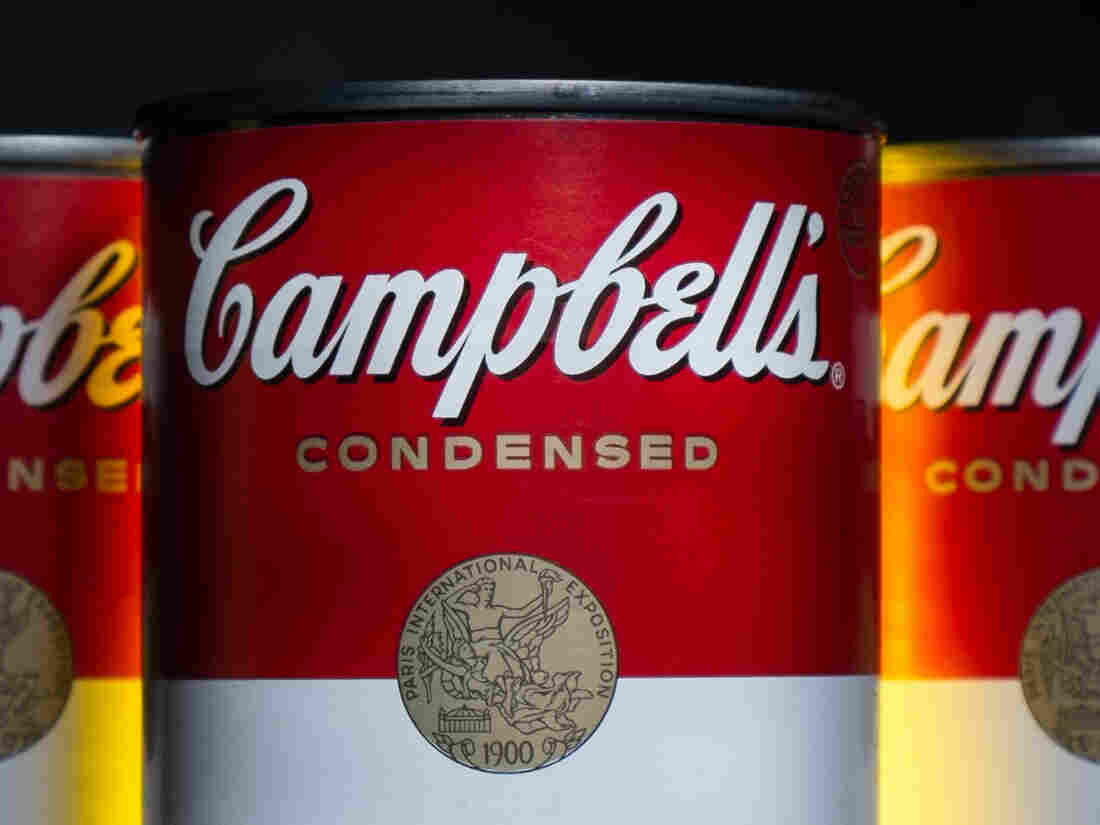 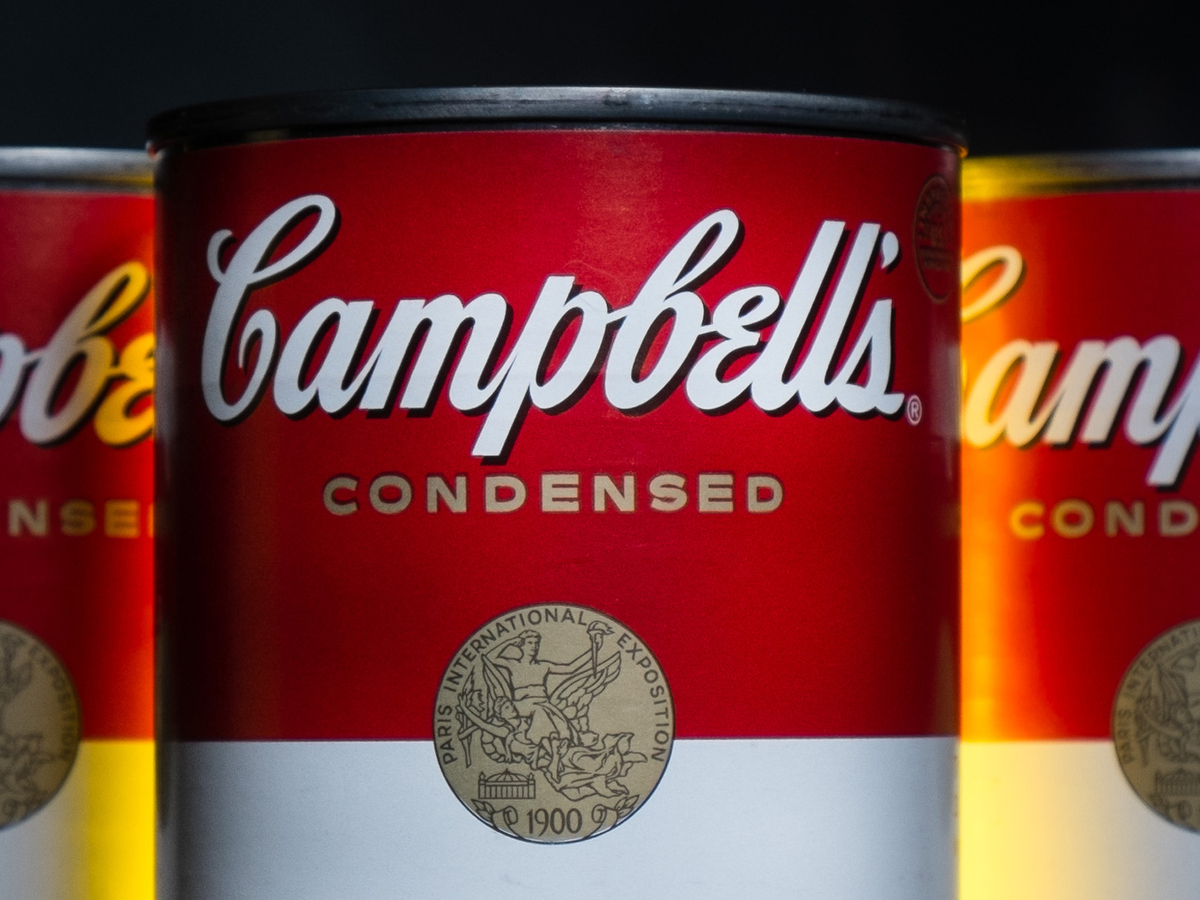 The fight over genetically modified food, or GMOs, has long resembled battles on the Western Front in World War I. Pro-GMO and anti-GMO forces have aimed plenty of heavy artillery at each other, but neither well-entrenched side has given much ground.

This week, though, for perhaps the first time, a major combatant switched sides on one hotly contested question: whether the government should require labels on genetically modified ingredients in food. The Campbell Soup Co., after years of staunch opposition to mandatory labels, now says that it "will advocate for federal legislation that would require all foods and beverages regulated by the Food and Drug Administration (FDA) and the U.S. Department of Agriculture (USDA) to be clearly and simply labeled for GMOs."

In a letter to the company's employees, posted on Campbell's website, Campbell's CEO Denise Morrison wrote that the company was responding to the desires of consumers, but it also wanted to avoid multiple and conflicting demands for GMO labeling by individual states. "Printing a clear and simple statement on the label is the best solution for consumers and for Campbell," Morrison wrote.

Proponents of a labeling law, including the Environmental Working Group, the Just Label It campaign and US Right to Know, praised Campbell's move.

Most of the food industry, along with the FDA, has opposed mandatory labeling of GMOs. The FDA says that there's no reason to require such labels because current GMO ingredients are identical, nutritionally, to conventional ingredients. In fact, if consumers react to it as a warning to avoid such ingredients, it would actually be misleading.

The food industry's opposition to GMO labels has partly been based on this fear that some people would avoid products with a GMO label. This assumption about consumer behavior has rarely been tested, and Campbell's may be betting that most consumers of Campbell's soups, Pepperidge Farms baked goods and Prego pasta sauces may not actually react to a GMO label. The company says that even if the government doesn't require GMO labels, it will go ahead and label its products anyway.

It posted a mock-up of one possible label on a can of Spaghetti-Os, with these words: "Partially produced with genetic engineering."