Accessibility links
Diet Foods Are Tanking. So The Diet Industry Is Now Selling 'Health' : The Salt Consumers are increasingly disillusioned with diet products and programs. But they're also confused by new terms like gluten-free and non-GMO, industry analysts and nutritionists say.

Diet Foods Are Tanking. So The Diet Industry Is Now Selling 'Health'

Diet Foods Are Tanking. So The Diet Industry Is Now Selling 'Health' 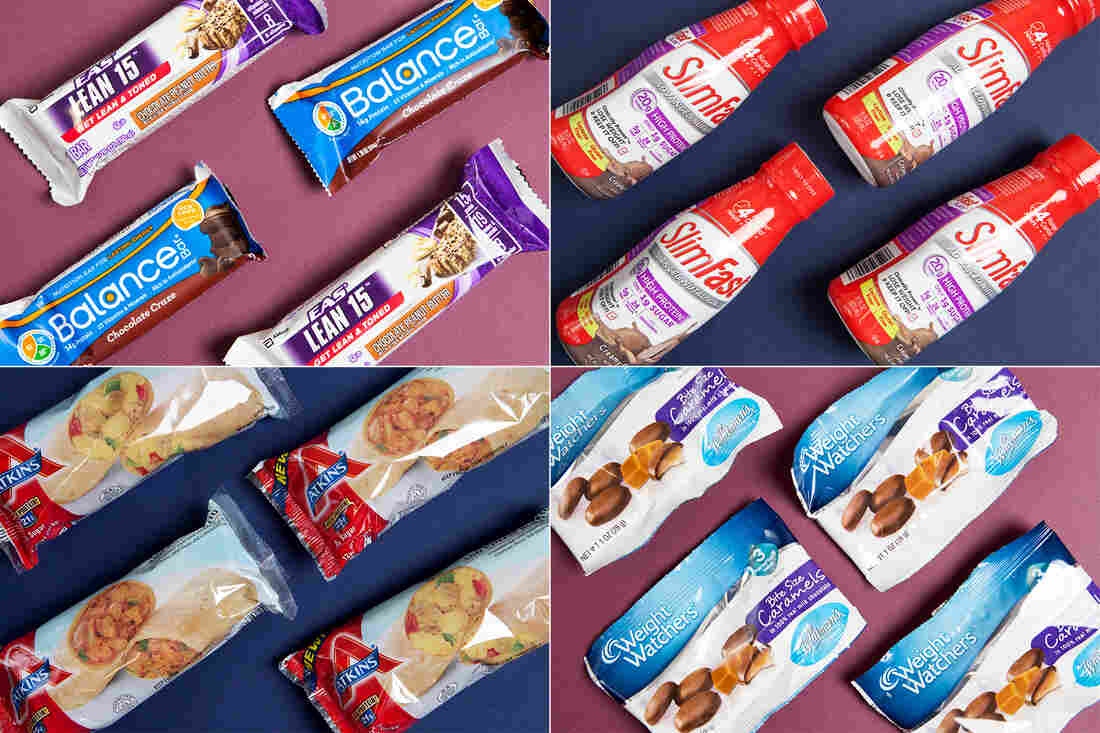 Sales of diet food products have dropped in recent years as consumers have become disillusioned with their effectiveness for weight loss. Morgan McCloy/NPR hide caption 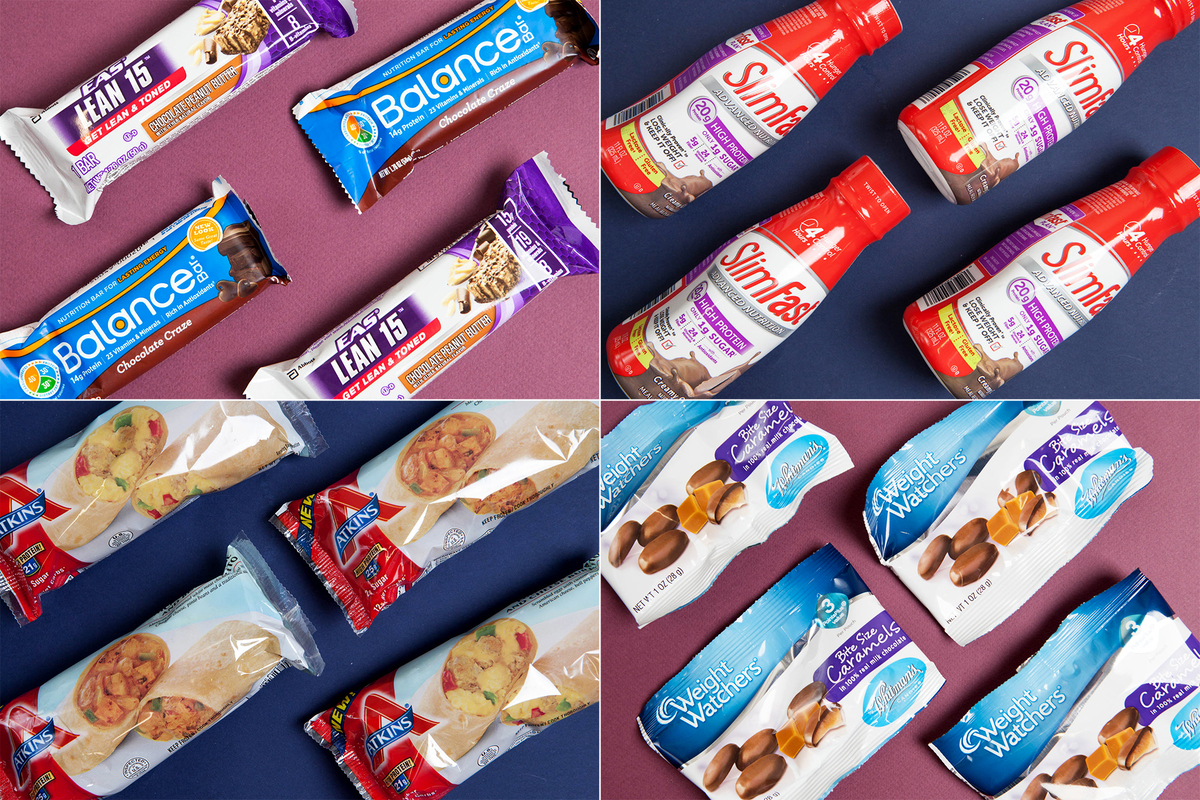 Sales of diet food products have dropped in recent years as consumers have become disillusioned with their effectiveness for weight loss.

For years, Americans cycled through one brand-name diet after another, each promising a sure method to lose weight. Along the way, Jenny Craig, Weight Watchers and Lean Cuisine made fortunes off their low-calorie, low-fat diet programs and products.

But it seems those days are over, according to industry analysts and nutritionists. "Dieting is not a fashionable word these days," says Susan Roberts, a professor of nutrition and psychiatry at Tufts University. "[Consumers] equate the word diet with deprivation, and they know deprivation doesn't work."

According to Mintel, a market research firm, few people are purchasing diet products anymore. A survey of 2,000 people released by the firm in October found that 94 percent of respondents no longer saw themselves as dieters. They were also disillusioned with the industry: 77 percent of the consumers surveyed said that diet products are not as healthy as they claim to be, and 61 percent said most diets are not actually healthy.

"Consumers are not dieting in the traditional sense anymore – being on programs or buying foods specific to programs," says Marissa Gilbert, an analyst from Mintel who worked on the report. "And there's greater societal acceptance of different body sizes."

That's really hurt the dieting industry, Gilbert says. From summer 2014 to summer 2015, Lean Cuisine's frozen meal sales dropped from around $700 million to about $600 million, or about 15 percent. Weight Watchers, Medifast and Jenny Craig have also seen revenues wither over the past few years. Sales of diet pills have dropped 20 percent in the last year, according to the Mintel report.

Roberts says it's likely because many people who wanted to lose weight tried these diets and programs but weren't successful. "They've tried Weight Watchers and Jenny Craig and books and things of their own design," she says. "It didn't work."

As Jean Fain, a Harvard Medical School-affiliated psychotherapist and author, has noted, programs like Weight Watchers typically are just "a short-term fix and conditional support for long-standing eating issues" and can even exacerbate them.

With each subsequent failure, people become more skeptical about the products. Some give up on losing weight altogether, Roberts adds.

But many people do still want to lose weight, and increasingly they're hoping good nutrition and "healthy eating" will get them there, says R.J. Hottovy, a senior equity analyst with market research firm Morningstar. "Consumers are looking for a more holistic, more health and wellness approach," he says. "The shift in food trends is toward fresher and more natural ingredients."

The problem is there's a lot of disagreement over what a healthy, well-balanced meal looks like. Half of the people in Mintel's survey said they didn't know what to think about nutrition and wellness information.

As we've reported, even the federal government isn't sure what "natural" means. And increasingly consumers have to contend with terms like gluten-free, vegan and non-GMO in the grocery store. These and other restrictive notions of eating have been quick to catch on, but often don't have consistent scientific evidence backing them up as healthful or effective for weight loss.

Roberts, who also founded a weight loss start-up called iDiet but says she doesn't currently make money from it, observes that food companies are taking advantage of the chaos. "Companies are bombarding [consumers] with gluten-free, sugar-free, cholesterol-free, and it's got us to a very bad place because people don't know what to think anymore," she says. "I think what [consumers] want to do is lose weight by eating sensibly. That's the holy grail of weight loss, and the companies say, 'We'll lock into that.' "

According to Julie Lehman, marketing director for Lean Cuisine, the company, which is owned by Nestle, has put new labels on products that were already cholesterol-free or gluten-free without changing their formulations. "Lean Cuisine is an emblem of the diet culture that we've all grown up with. We know that and we want to walk away from that and focus on eating well and eating healthy," she says. The brand has added "No Preservatives" and "Gluten-Free" and "Non-GMO" labels and a new line of frozen meals, certified organic by the nonprofit Oregon Tilth. "Consumers are demanding some of these things, and we want to offer it to them," Lehman says.

Roberts is unconvinced. She doesn't see the products getting any healthier. "They can relabel them, but the meals are not any different. If you open a box of Lean Cuisine or something like that, you'll see about a quarter cup of veggies in there. Is that an outstandingly healthy meal? By my standards, it's not."

People will still be hungry and still feel deprived, and may ultimately not meet weight loss goals, she says. "They'll give healthy eating a bad name just as they gave dieting a bad name."

Meanwhile, the evidence suggests that a variety of different strategies may help individuals lose weight. For some people, a pattern of eating like DASH might be best. Others are arguing for low glycemic foods and eating slowly. Financial incentives like a wager on weight seem to work, too. Still others see hope in mindfulness strategies and intermittent minifasting. But if there's a consensus, it's that fat-free, high-sugar products are out.