Accessibility links
'Times' Restaurant Critic Dishes On Guy Fieri And The Art Of Reviewing : The Salt Restaurant critic Pete Wells tries to keep the customer in mind with all of his reviews. "We show awful lot of deference to chefs in our culture and maybe not enough deference to customers," he says. 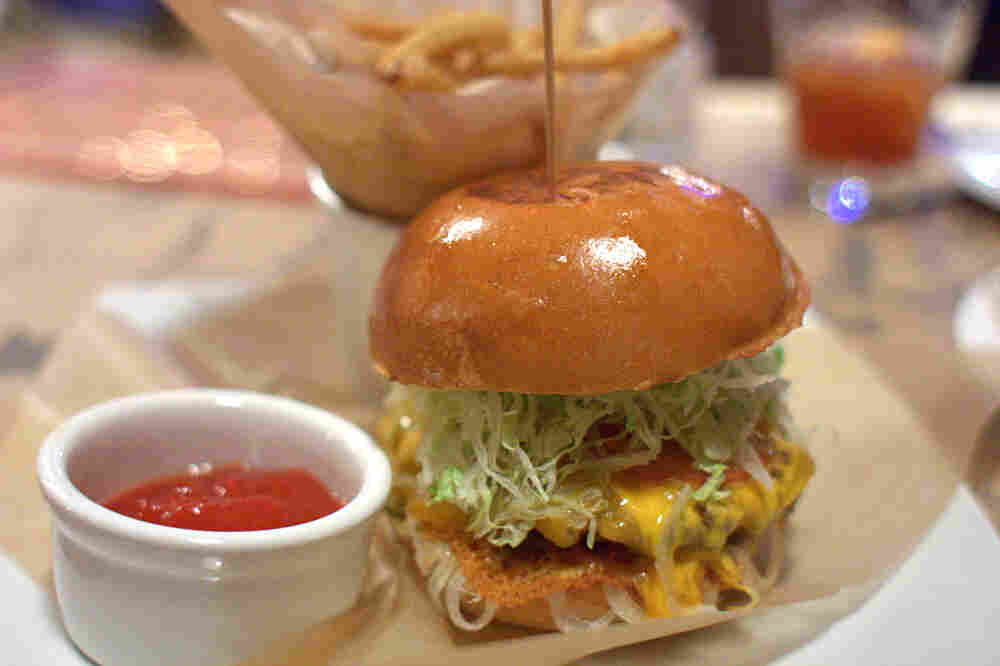 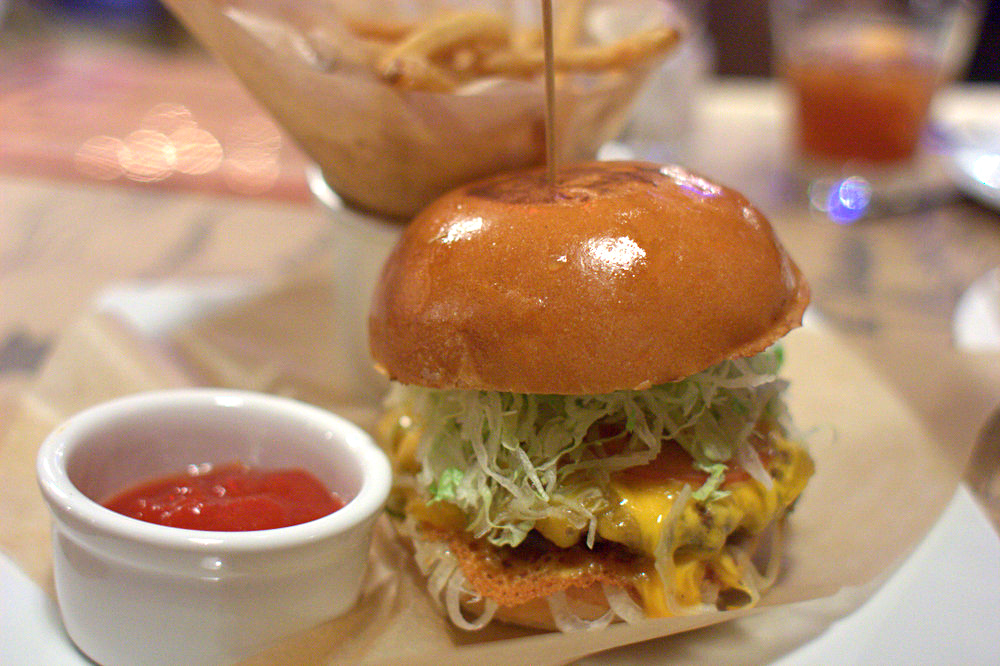 Pete Wells has a job that most people can only dream of. As restaurant critic for The New York Times, he gets paid to eat out four or five nights a week — often at quite pricey places — on someone else's dime.

But for Wells, going out for drinks and delectable meals is still work. He tells Fresh Air's Dave Davies that coming up with words to describe flavors is something he "wrestles with all the time."

"I find that the dead-end route is to try to describe what's going on in your mouth," he says. "If you say, 'Oh, there was a little bit of acidity from the lime juice on the left side of my tongue, and then this beautiful, smooth pureed potato with some crunchy shallots on top, and it all came together,' you never will get out of that sentence alive."

Instead, Wells likes to describe a food's presentation in a way that gives the reader a feel for what it is like to eat: "My feeling is, if I can describe the way a steak looks on the plate, when it's just kind of juices are coming out, and it's almost alive, and just wants to be eaten, I hope that people will feel it, more than they will feel me describing the tangy minerality of the dry-aged beef between my teeth."

On beginning his very critical review of one of New York City's most expensive restaurants, Per Se, by describing the poor service as "the slow creep of mediocrity"

There is often with restaurant reviews in particular, I think, this kind of impulse to be deferential and bow down to the greatness of the restaurant and the greatness of the chef, and then with great regret to say, "And yet, all is not as it should be in the kingdom," and I didn't want to do any of that. I just think that we show an awful lot of deference to chefs in our culture and maybe not enough deference to customers, and I wanted this review to come out and say, "Yes, this is a very respected chef, but are the people at the table being respected in the same way?"

I wanted to like the restaurant. I wanted the restaurant to be the same kind of celebration of grease on your elbows and grease on your ears and grease on your nose, Americans wallowing in unhealthy, unwholesome joy. ... It's flashy and energetic-looking, and it seems like it's going to be this wild, crazy party. And then the food arrives and it's no party at all. At all. All of the promises of the restaurant kind of die on the plate ... [like] these nachos that had this kind of gray turkey pulp on them. I don't think I've ever met nachos that I didn't like before. It's almost inconceivable that nachos can be bad. It makes no sense.

On the reaction to his brutally negative review of Fieri's restaurant

A lot of people rejoiced and thought that I was putting this interloper from television back in his place, which was not my intention. And then a lot of people thought I was being a snobby East Coast elitist who was belittling the common people and making fun of their tastes, which was not my intention at all. I wanted to say, "This can be great food, this should be great food, why isn't it great food?" But it was wild. It was really wild. I try to respond to emails that people send me after reviews come out, and that was the one time when I just absolutely could not. I couldn't keep up. There were so many and all over the place, positive and negative. After a few days, the really nasty ones started to come in, which really surprised me, because the review had been out for three or four days and then all of a sudden I started to get these really profane and vicious emails, one after another. Somebody wished that my kids would get cancer and I thought, "What have I done here?"

On his joyous review of Señor Frog, a spring-break-themed restaurant in Times Square, where he danced in a conga line wearing a 3-foot-high crown of yellow and orange balloons and drank a margarita out of a phallus-shaped glass

The reason I wanted to write about it was because — it's not the most sophisticated fun in the world, it's maybe not even my kind of fun, but it was fun. And I was really struck by how solemn so many of the restaurants I review have become. As I said in the review, it's become like going to church. Everybody used to say going to restaurants ... is like theater, there's stage sets, there's drama, there's play acting and you watch the show. And now, boy, everything's just become so serious. And you sit at the counter and the chef comes out and tells you what he did to the Brussels sprouts leaves and no, there's not a lot of dancing.