Accessibility links
World's Oldest Tea Discovered In An Ancient Chinese Emperor's Tomb : The Salt Archaeologists found the 2,100-year-old tea leaves in the tomb of a Han dynasty emperor, suggesting tea was highly valued. But was the emperor drinking tea as we do, or using it as medicine? 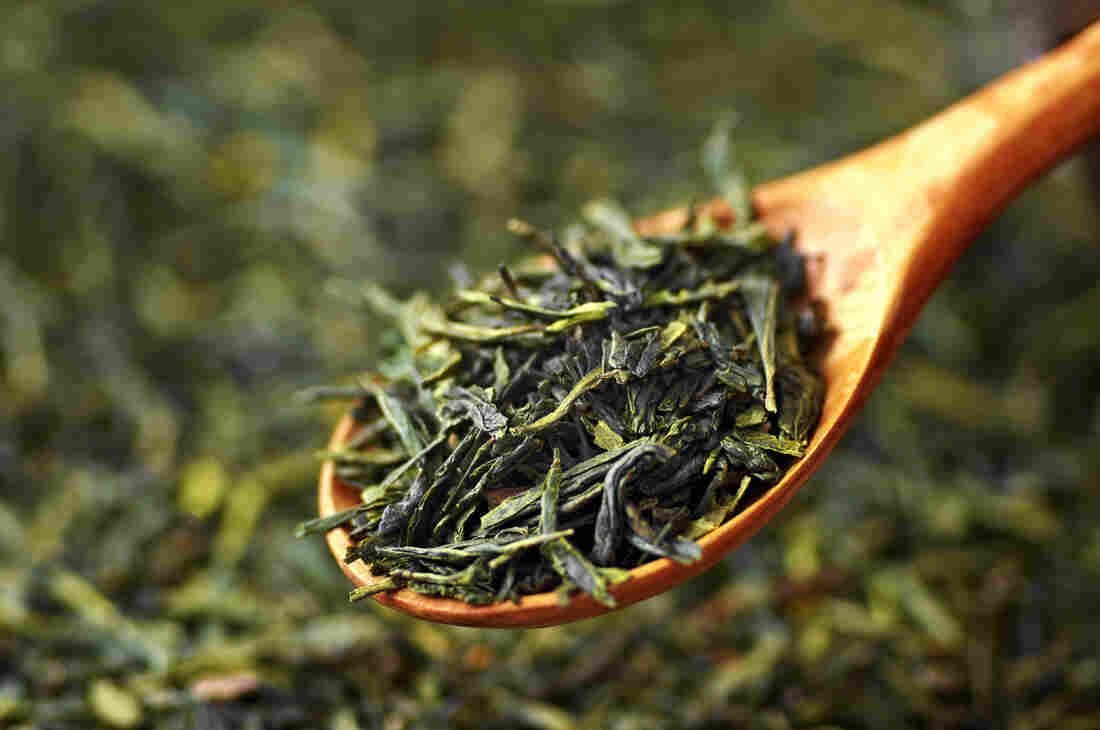 Loose-leaf green tea of the modern variety. Archaeologists have discovered ancient tea in the tomb of a Chinese emperor who died in 141 B.C. It's the oldest known physical evidence of tea. But scientists aren't sure if the emperor was drinking tea as we know it or using it as medicine. iStockphoto hide caption 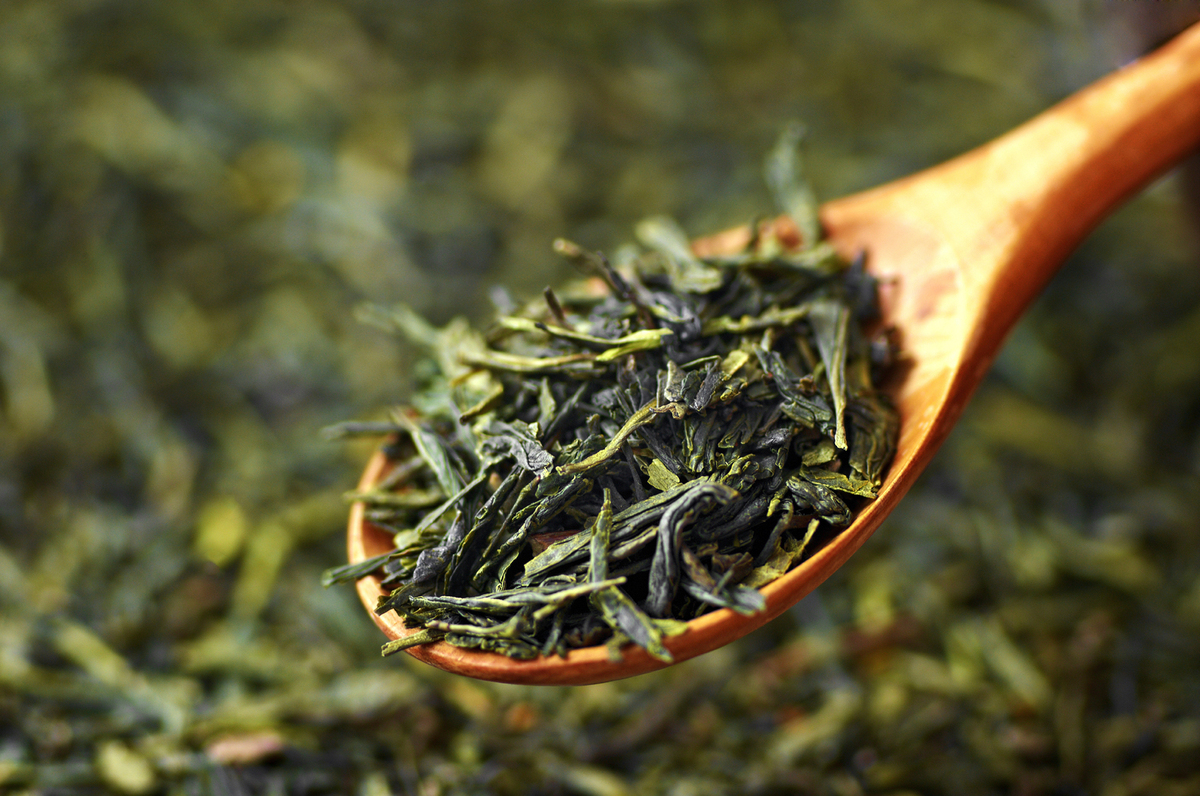 Loose-leaf green tea of the modern variety. Archaeologists have discovered ancient tea in the tomb of a Chinese emperor who died in 141 B.C. It's the oldest known physical evidence of tea. But scientists aren't sure if the emperor was drinking tea as we know it or using it as medicine.

Tea is often referred to one of the world's oldest beverages. But just how old is it?

A Chinese document from 59 B.C. refers to a drink that might be tea, but scholars cannot be certain. Now, a new analysis proves that plant remains found in tombs 2,100 years old – about 100 years before that document – definitely are tea, the oldest physical evidence for the drink. And the buried tea was high-quality stuff, fit for an emperor.

That's no surprise, because one of the tombs, the Han Yangling Mausoleum in Xi'an in western China, was built for the Jing Emperor Liu Qi, who died in 141 B.C. The other tomb is the slightly younger Gurgyam Cemetery (maybe A.D. 200) in Ngari district, western Tibet. In both, archeologists found remains of millets, rice and a kind of spinach. They also found tiny leaf buds that bore an uncanny resemblance to the finest tea. 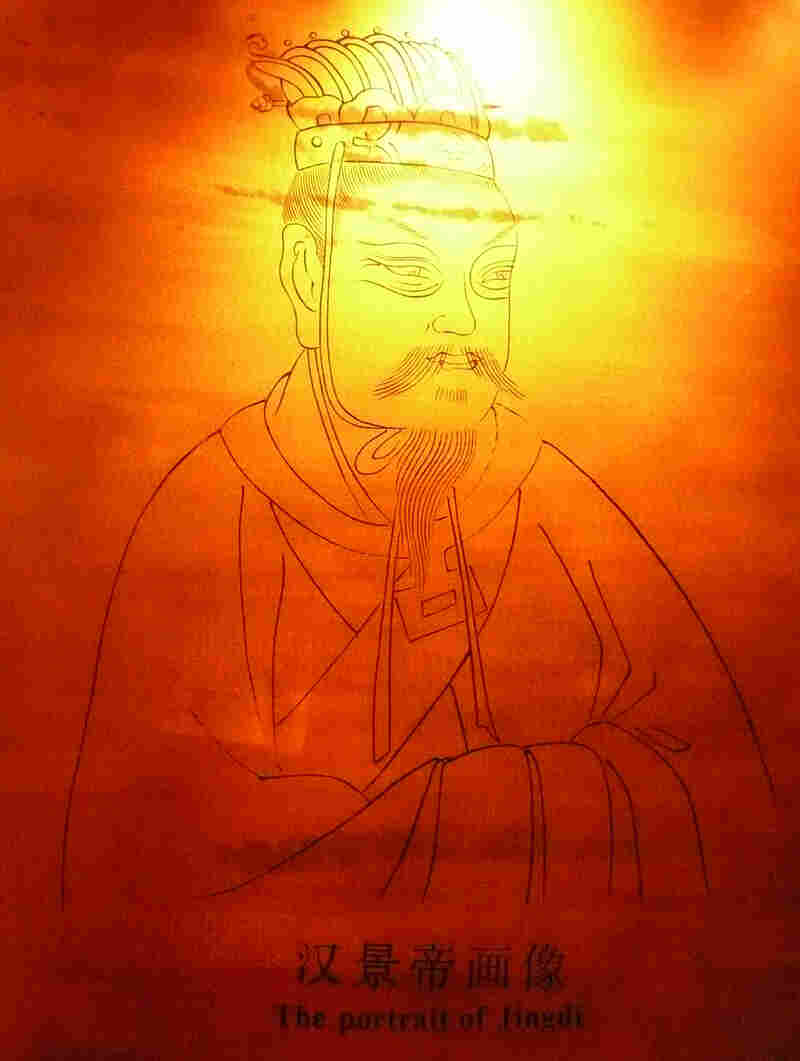 The 2,100-year-old tea leaves were found in the tomb of the Jing Emperor Liu Qi, who died in 141 B.C. His portrait hangs in the Han Yangling museum in Xianyang, China. Brücke-Osteuropa/Wikimedia Commons hide caption 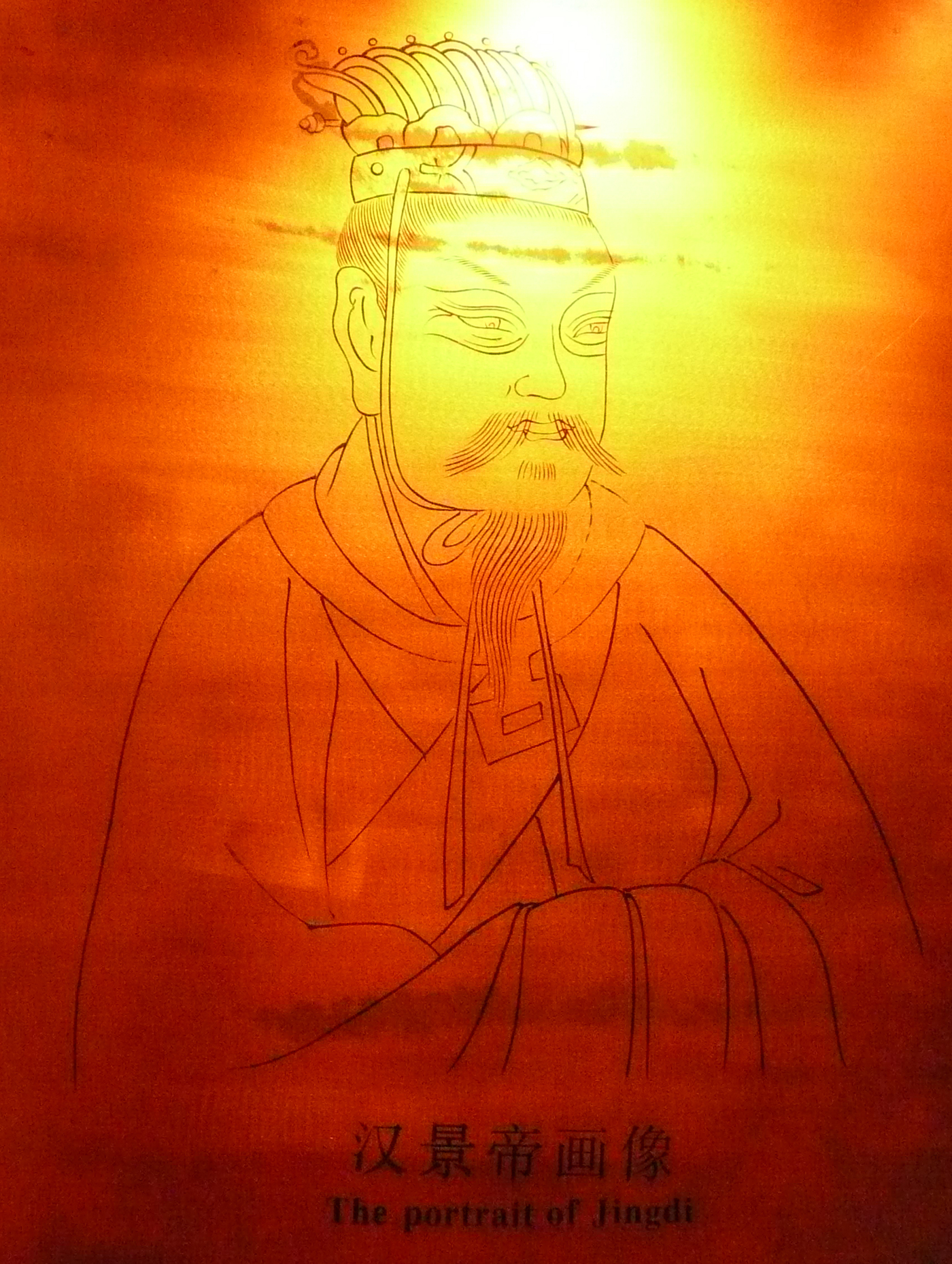 The 2,100-year-old tea leaves were found in the tomb of the Jing Emperor Liu Qi, who died in 141 B.C. His portrait hangs in the Han Yangling museum in Xianyang, China.

While those buds did look like tea, there was a chance they could be some other plant. To confirm their suspicions, the researchers compared the chemistry of the leaves with modern samples of tea. The ancient leaves contained unmistakable traces of caffeine, present in tea and also in a few other plants. The clincher was equally unmistakable traces of theanine, a chemical found only in plants of the tea family, with especially high levels in tea itself. Crystals found on the surface of the leaves also matched crystals on modern tea leaves.

Tea does not grow in the area of the tombs, so the evidence shows not only that it was present and valued enough to be buried with important people, but also that it was being imported to Xi'an at least 141 years B.C., and westwards into Tibet by the second century.

Gurgyam Cemetery also yielded woven silk cloth, metal bowls and a gold mask, further supporting the idea that luxury goods were already moving along early tracks of the Silk Road 2,000 years ago. It was Emperor Jing's son, Emperor Wu, who really promoted the development of trade along what became the Silk Road.

Dorian Fuller, professor of archaeobotany at University College, London, and a member of the research team, says he's pleased that modern science is able to provide details of ancient Chinese culture.

"The identification of the tea found in the emperor's tomb complex gives us a rare glimpse into very ancient traditions which shed light on the origins of one of the world's favorite beverages," he tells us.

Other scholars wonder whether the emperor was drinking tea as we know it, despite the apparent high-quality buds.

James Benn, professor of Buddhism and East Asian religions at McMaster University in Canada and author of the recent book Tea in China: A Religious and Cultural History, agrees that tea was consumed "in some form" 2,100 years ago.

"But," he adds, "I'm not convinced that this is a discovery of 'tea drinking' as it was later understood. It could have been used along with other ingredients in a medicinal soup, for example."

The remains from Gurgyam Cemetery in Tibet may support this view. They contained barley and other plants mixed with the tea. As the researchers write in the online Nature journal Scientific Reports, this offers the intriguing possibility that the plants "were consumed in a form similar to traditionally prepared butter tea, in which tea is mixed with salt, tsampa (roasted barley flour) and/or ginger in the cold mountain areas of central Asia."

No matter how it was being used, this research pushes back the verified history of tea in China and Tibet. Tradition says that tea came to Tibet as part of the Chinese princess Wencheng's dowry on her betrothal to the Tibetan Songtsen Gambo, around 640 A.D. The tea found in Gurgyam Cemetery is some 450 years older than that.