Accessibility links
Activists Demand A Bill Of Rights For California Farm Workers : The Salt Labor organizers are urging boards of two of the biggest farming counties in the state to adopt a Farm Worker Bill of Rights to protect them from wage theft, abuse and health and safety threats. 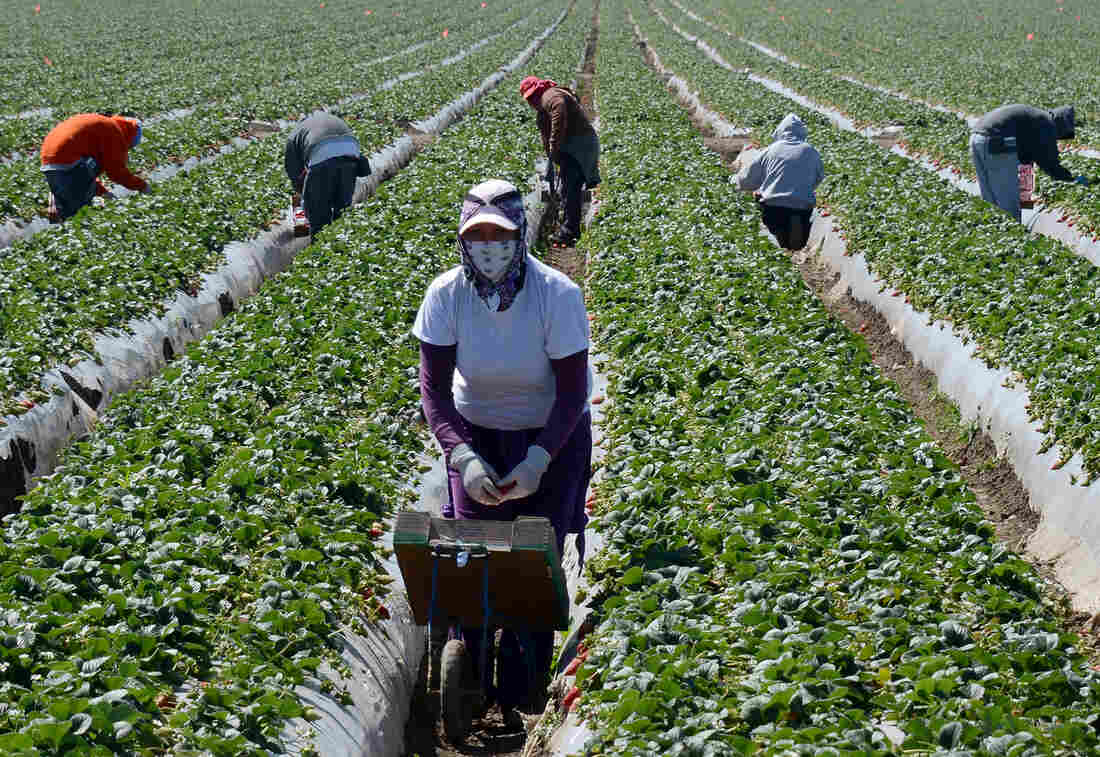 Migrant workers harvest strawberries at a farm near Oxnard, Calif. Ventura County is one of two counties where labor organizers hope to get a Bill of Rights passed to protect farm workers from abuse and wage theft. Joe Klamar/AFP/Getty Images hide caption 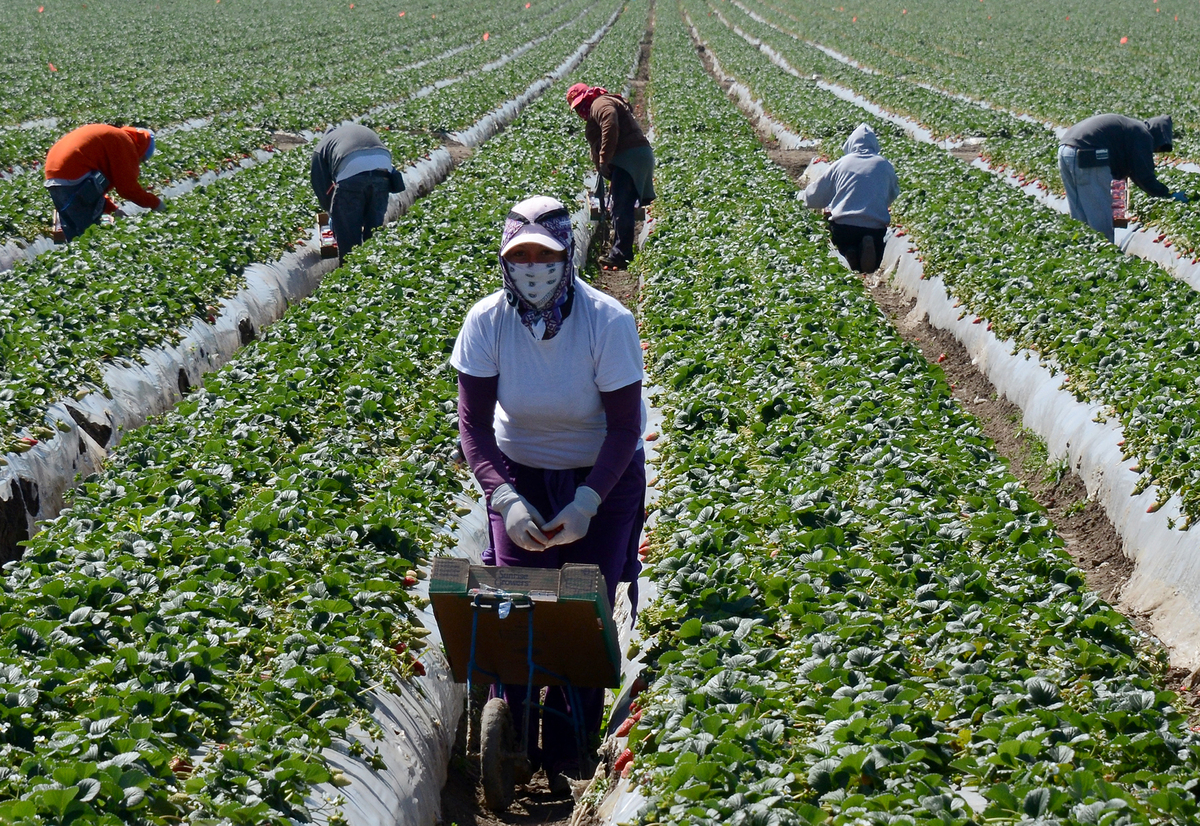 Migrant workers harvest strawberries at a farm near Oxnard, Calif. Ventura County is one of two counties where labor organizers hope to get a Bill of Rights passed to protect farm workers from abuse and wage theft.

Farm workers in two of the nation's most important agricultural counties joined other low-wage food sector workers on Wednesday, demanding better wages with a new Bill of Rights.

The thrust of the bill, which is aimed at workers in Ventura and Santa Barbara counties in California, is to establish a "rule of law" in the fields, observers say.

"There are rampant violations of farm workers rights in agriculture," says Bruce Goldstein, executive director of Farmworker Justice, a national advocacy group supporting the effort. "A lot of this is that a lot of employers feel like it's not likely they're going to get caught [breaking laws], and that if they get caught the cost is not that much —so they might as well take the risk."

That's particularly true because so many farm workers – an estimated 40 to 50 percent — are undocumented. Many are afraid that if they report labor abuse they'll be deported, says Goldstein.

More than 80 groups back the list of demands in the bill, says Lucas Zucker, policy director for Central Coast Alliance United for a Sustainable Economy, one of the groups leading the charge. The movement has garnered support from the United Farm Workers, Planned Parenthood and Maria Echaveste, who formerly headed up the federal Department of Labor's wage and hour division.

The bill's organizers say they've been inspired by watching other low-wage workers, particularly those in the food industry, make gains. Major cities like San Francisco and New York have passed ordinances raising wages to $15 an hour. Meanwhile, restaurateur Danny Meyer in New York has banned tipping in part to stabilize restaurant wages.

"There have been lots of kind of explosions of the last couple years of cities trying to move minimum wages, maternity leave, wage theft ordinances," says Zucker. "But that's really been concentrated in urban areas. There's been essentially nothing like this in a rural areas. We think this can set precedent for other counties to set stronger labor conditions for farm workers."

Many of the bill's items — which are grouped into wage theft, safety and health, and overwork — simply demand that existing laws be enforced, like respecting required rest breaks and penalizing employers who steal wages. It also calls for educating farm workers on their rights and establishing a complaint hotline.

But a few items are arguably more ambitious, such as a request to hold jobs for pregnant women who choose to avoid pesticide exposure by not working in fields and technical assistance for growers to reduce dependency on dangerous pesticides. The bill also calls for the creation of a position in local government to address extensive sexual harassment and violence against women in the fields.

Though framed as a bill of rights, the organizers will need to shore up county-level political support for the enforcement efforts, government funding and new public offices. Zucker says his group hopes to gain traction on the bill quickly, and get some of the demands written into county ordinances before the end of the year.

If farm workers can catch the momentum created by other efforts to improve working conditions, says Goldstein, they can set the stage for bigger changes down the road.

"There's a lot of gridlock in Congress on many labor and immigration and occupational safety and health issues," says Goldstein. But local initiatives are often more progressive than federal ones. And when those initiatives succeed locally, he says, "changes at the local and state levels can bubble up to the national level."