Accessibility links
In Baby's 'First Bite,' A Chance To Shape A Child's Taste : The Salt Bee Wilson's new book, First Bite, examines how genetics, culture, memory and early feeding patterns influence the palate. She says babies are most open to new flavors between ages 4 and 7 months. 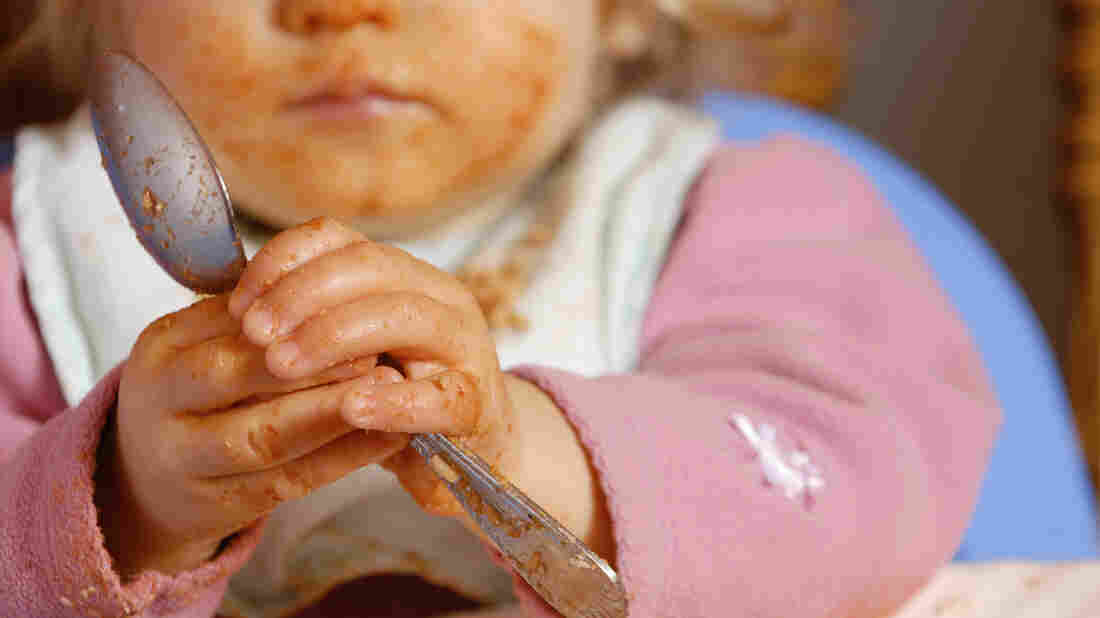 Food writer Bee Wilson says that babies are most open to trying new flavors between the ages of 4 and 7 months. Duane Ellison/iStock hide caption 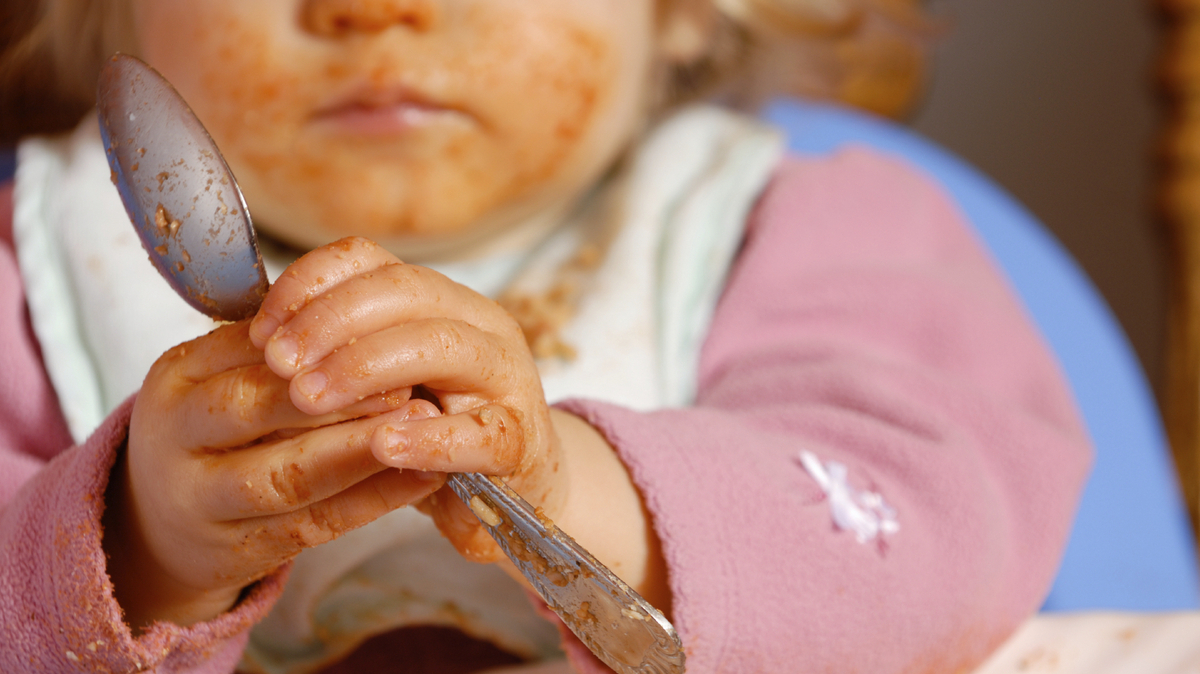 Food writer Bee Wilson says that babies are most open to trying new flavors between the ages of 4 and 7 months.

Food writer Bee Wilson has a message of hope for parents struggling to get their children to eat their veggies: "As parents, we have a far greater power than we think we have to form children's tastes," Wilson tells Fresh Air's Terry Gross.

In her new book, First Bite, Wilson examines how genetics, culture, memory and early feeding patterns contribute to our food preferences. She says that a child's palate can be formed even before birth. And this insight can be helpful for parents who want their children to eat well and healthfully. 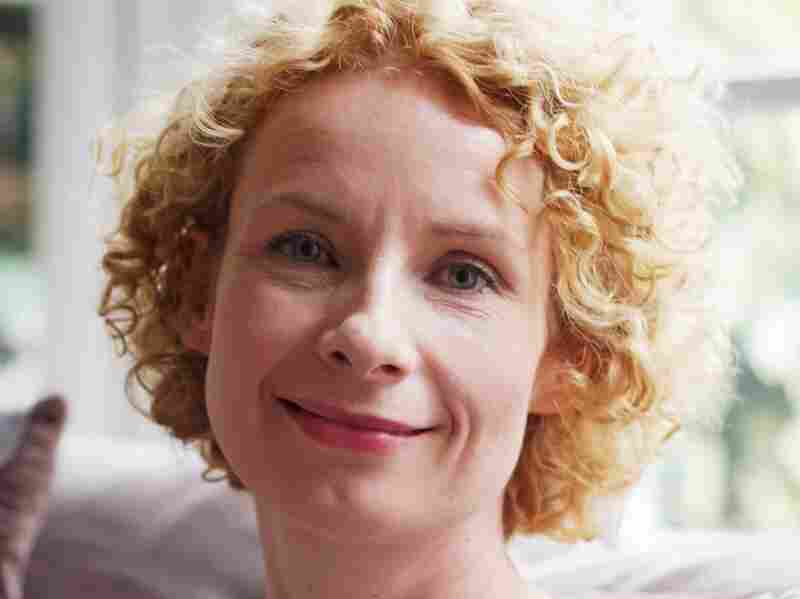 Wilson is also the author of Consider the Fork: A History of How We Cook and Eat. Charlotte Griffiths/Basic Books hide caption 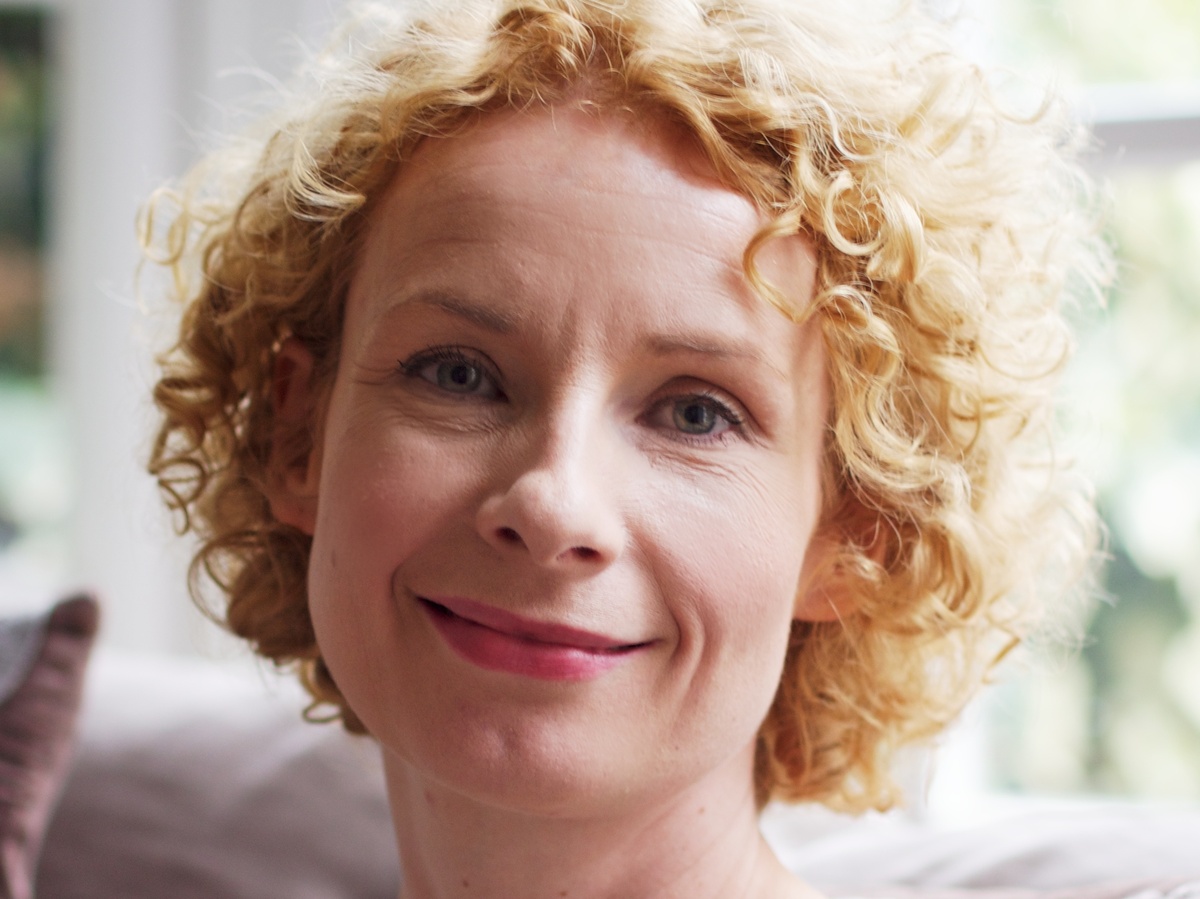 Wilson is also the author of Consider the Fork: A History of How We Cook and Eat.

"One of the main things we know about taste is that liking is a consequence of familiarity, so the things that our mothers eat, even before we're born, affect the way we'll respond to those flavors when we later encounter them because they seem familiar," Wilson says.

A mother of three, Wilson notes that babies are most open to trying new flavors between the ages of 4 and 7 months. But, Wilson adds, even if parents miss introducing a food during the so-called "flavor window," all hope is not lost.

"It's not that the flavor window then flips shut ... and we can never learn to love bitter green vegetables. Humans can learn to love new flavors at any age," Wilson says. "One of the amazing things about our relationship with food is how malleable it is, how plastic it is. But we don't usually as adults give ourselves an opportunity to change." 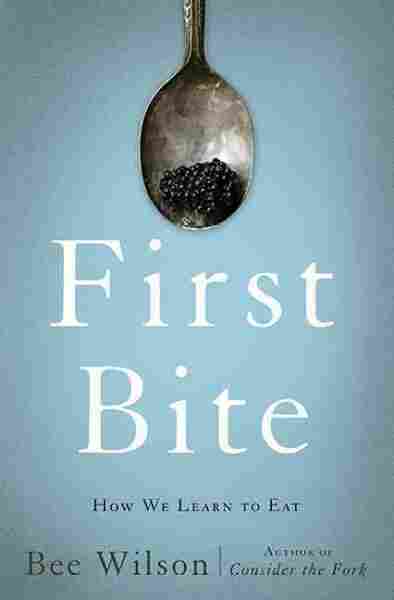 How We Learn to Eat

On the "flavor window" that occurs between 4 and 7 months

Researchers I've spoken to [about] the question of how you get children to be less picky eaters [and] how you get them to try more different vegetables say that the World Health Organization advice, which currently says you should keep them on an exclusive milk diet up to 6 months, is wrong. It's not that a child necessarily needs any nutrition besides milk before 6 months, it's that you're missing an opportunity to introduce them to all of these flavors which they would likely accept at this age. Then, having accepted them, they would seem familiar when they encounter them again as toddlers.

[Our palate is] formed [before breast-feeding] — it's formed when our mothers are expecting us. There have been remarkable studies done showing that if someone eats a lot of garlic when they're pregnant, their amniotic fluid will taste and smell garlicky. So imagine swimming around in that for 9 months. ... That baby will grow up to love garlic. ... It feels like home, it tastes like home. One of the main things we know about taste is that liking is a consequence of familiarity. So the things that our mothers eat, even before we're born, affect the way we'll respond to those flavors when we later encounter them because they seem familiar.

The flavor of milk is then hugely important as well. With mothers who breast-feed, there was a study done showing that if they drank a lot of carrot juice, when those babies first tasted solid food, they preferred cereal that was flavored with carrot juice. So the flavor of carrots goes into the [breast milk], the babies experience it, and then they have all of these wonderful, positive feelings about carrot. This is getting replicated many, many times. In most cases it's not something like carrot or broccoli. There have been studies done with rats who are fed on a junk food diet and their babies gravitate towards junk food rat chow.

On how store-bought formula can also affect taste long-term

Breast milk has varied flavors, whereas formula milk has a single flavor, depending on which brand you pick. But even with formula-fed babies there are some interesting things that have come out of scientific experiments. There's a type of formula called hydrolysate, which is designed for babies who can't tolerate regular cow's milk, and to adults it has a really offensive, horrible, hay-like, musty aroma. But to the babies who've been reared on it, it's like nectar. One study showed that these children, when they were older, when they're aged 4, gravitated towards sour flavors. So it was if they were imprinted with the flavor of this nasty formula milk. But, again, it's a really useful case of how powerful these early tastes can be. As parents, we have a far greater power than we think we have to form children's tastes.

On how we are hard-wired to love sweetness

All human beings are hard-wired to love sweetness. This is a cross-cultural phenomenon — it's been seen in babies in every continent of the world, that they smile if you offer them a little taste of something sweet. Equally, we all are born with a mild aversion to bitterness. And curiously, with salt, we have no feelings at all about salt when we're born. And then [by age] 4 months we get switched onto it and develop a salt preference, and nobody really knows why that's true. But with the sweetness thing — so, we're hard-wired to love sweetness. Many people have interpreted this to mean that we're doomed to grow up and love junk food. ... All of our specific tastes for particular flavors are learned. As omnivores, this has to be the case because human beings are forced to eat in such different food environments. So the fact that we love sweetness as a baby doesn't mean that we're going to love nothing but chocolate; we could get that sweetness in the form of corn on the cob, or caramelized fennel. All of our flavor preferences are ones that we learn over the course of a lifetime. The trouble is that most of us don't see it that way.

On how children's food has changed since World War II

If you look to previous generations, before the second world war, and indeed afterwards a bit, there was a nursery food mentality. So the idea was it was safest to give children foods that they didn't actually like, which were very plain but very nourishing. Then, in the postwar years, partly fueled by a transformation of the food supply, much greater industrialization, we went to a completely opposite view of what children's food should be. It was that it should be sweet and palatable and designed to make children smile. We all know that the kid's breakfast cereals are the ones which are highest in sugar in the whole of the cereal aisle. And it's really curious that we should've swung in this way from one extreme to another — from food which was nourishing but unpleasant, to food which was too pleasant and deeply un-nourishing. The ideal way to feed children would be somewhere in the middle. And actually, the ideal way to feed children would be to give them food that's not that dissimilar from an adult diet.

On authoritative, authoritarian and indulgent styles of feeding

An authoritative feeder would place high demands on the child to eat well. In other words, you wouldn't be stocking your house with loads of junk food. You'd make sure there were nutritious, home-cooked meals on the table, but equally you would be highly responsive to the child and their needs, and you would be respectful when they say "no." ... On the one hand, there are authoritarian forms of feeding. ... Force-feeding would be an extreme example, but also just any form of saying, "I demand that you eat this." ... "I want a clean plate." ... That style of feeding ... creates an unpleasant atmosphere at the dinner table, but, interestingly, research shows it also seems to result in children who are actually less responsive to their own hunger cues, so they're more likely to end up overweight, paradoxically. The parent who thinks that they're doing the right thing by insisting that you finish this nourishing meal is not allowing the child to develop their own skills, their own judgment about when they stop and when they start eating.

The other style of parenting, or feeding, would be indulgent. And there are signs that this is becoming one of the most common ways of feeding a child, and as with so much of what we do as parents, it comes with the most loving intentions. To feed a child in an indulgent way would be to be highly responsive to them as a person, what they love, what they seem to need, the foods they crave, the foods they demand, but the indulgent style would place no demands on them to eat well, or fewer demands. There'd be no sense of, "Are you really hungry?" There'd be no sense of, "Well, I only want you to have these foods because they're the ones that'll do you good." Again, there are studies done showing indulgent parenting is strongly correlated with higher child obesity. ...

Food and love are so bound up, it's sometimes hard to see where the sugar ends and the love begins.

It's such a wonderful feeling to see the treat disappear and to see the happy face. Feeding, no less than eating, is a learned behavior, and we learn to feed through our parents, who probably themselves rewarded us with food. Food and love are so bound up, it's sometimes hard to see where the sugar ends and the love begins.