Accessibility links
'Chasing An Ideal,' World-Class Chefs Find Themselves Under Extreme Pressure : The Salt Chef Eric Ziebold discusses the high-stakes world of luxe cuisine in the wake of the death of Benoit Violier, a French Swiss chef who many said was the best in the world. 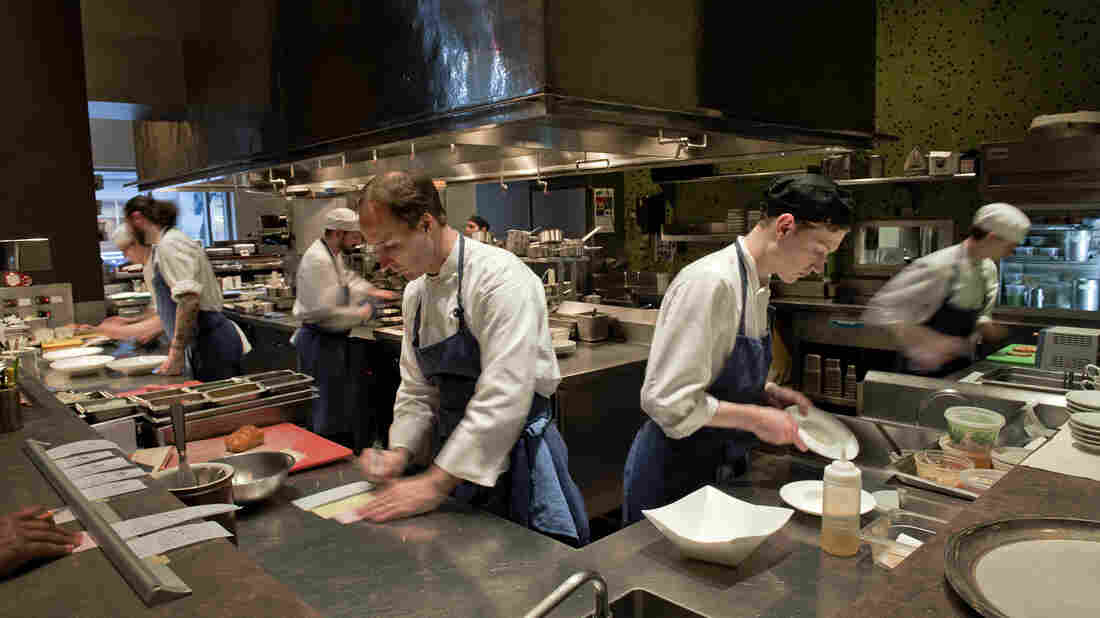 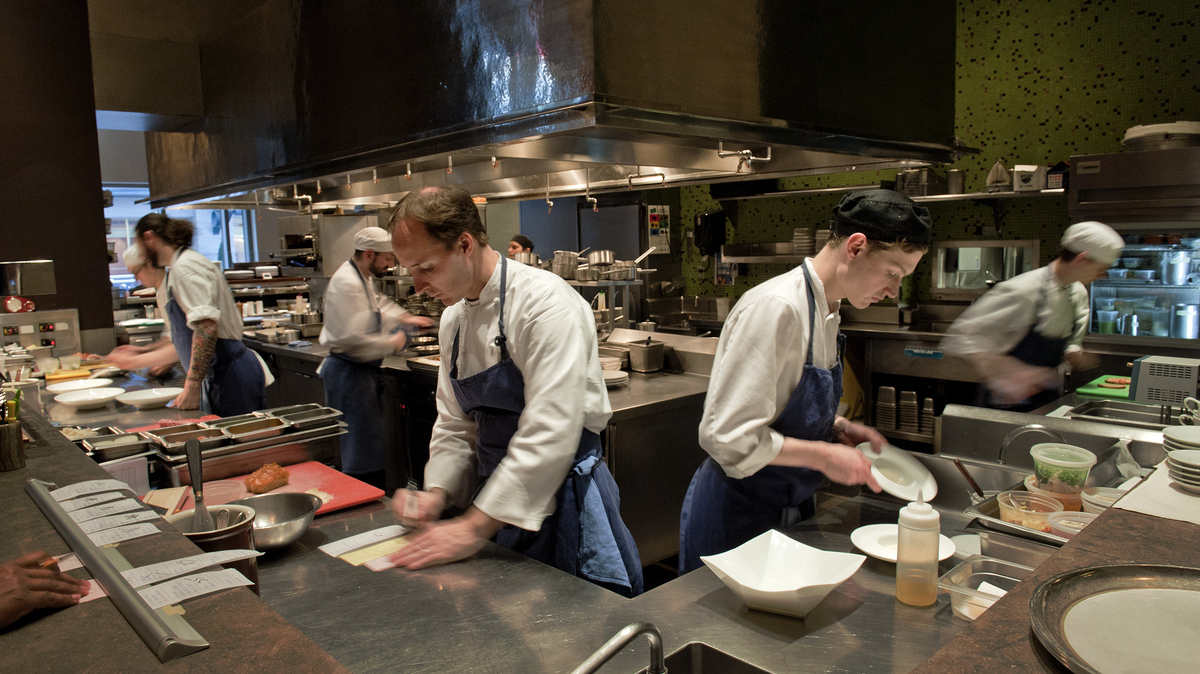 Chef Eric Ziebold (center left) works with his kitchen staff at CityZen in Washington, D.C., in 2012. CityZen closed in 2014 when Ziebold left to open his own restaurant.

The world of haute cuisine lost one of its brightest stars over the weekend.

Benoit Violier, a French Swiss chef who many said was the best in the world, died in his home in Switzerland in what appears to have been a suicide. He was 44.

Violier owned the Restaurant de l'Hôtel de Ville in Crissier, near Lausanne. It's one of the few restaurants in the world to be awarded three Michelin stars. There has been some speculation that the pressure that comes with operating a restaurant at that level may have had something to do with Violier's death.

"In the kitchen there's an incredible physical pressure; it's not uncommon for it to be an 18-hour day," says Ziebold, a Washington, D.C.-based restaurateur who for years was chef de cuisine at Thomas Keller's Napa Valley restaurant, The French Laundry, which has three Michelin stars.

Ziebold is currently chef and co-owner of Kinship and Métier, which will open in the coming weeks. He spoke to NPR about the pressure in the kitchen and the office.

Ziebold hasn't yet received any Michelin stars at his own establishments, but he says he's striving to offer his guests a "flawless" luxury experience. He says he tries to anticipate his guests' needs. For example, he keeps a supply of pashminas in the restaurant to offer to guests if they're cold. "Hopefully, you have a color that will go with their outfit," he says.

It's a luxury experience, and, Ziebold says, "when you get to that point of Michelin three stars, it's an experience worth building a trip around." At this level, he says chefs also become hypercritical of every detail.

"For me personally, [the death of Violier] ... has been reflective for me in trying to make sure that what we do is sustainable, that we're not going to be just a flash in the pan, but we're going to be able to carry out and chase our vision."