Accessibility links
Super Bowl 50: Beer And Snack Pairings : The Salt Which beer goes with guacamole? How can a brew complement spicy wings? Two craft beer experts share their favorite pairings and help us take our Super Bowl snack game to the next level. 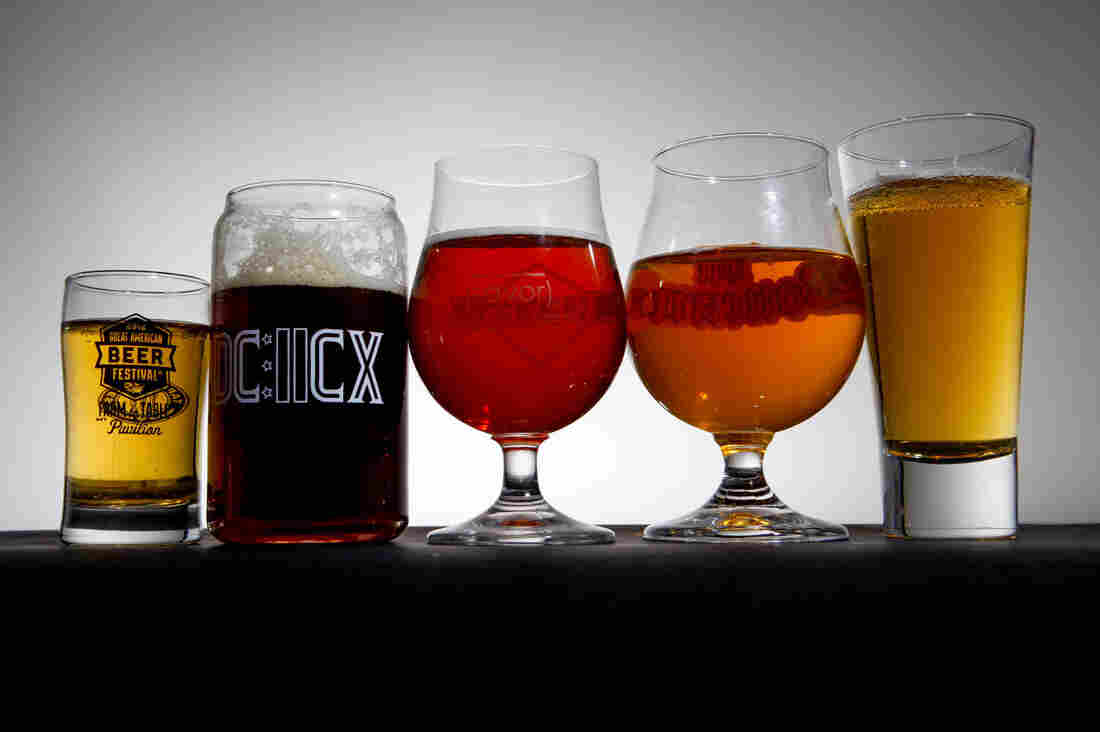 Beer and food have loads of flavors in common, and they can complement each other beautifully. But most of us are just swigging and chewing mindlessly, missing an opportunity to appreciate interactions between the two, according to the authors of a new book on beer pairings. Morgan McCloy/NPR hide caption 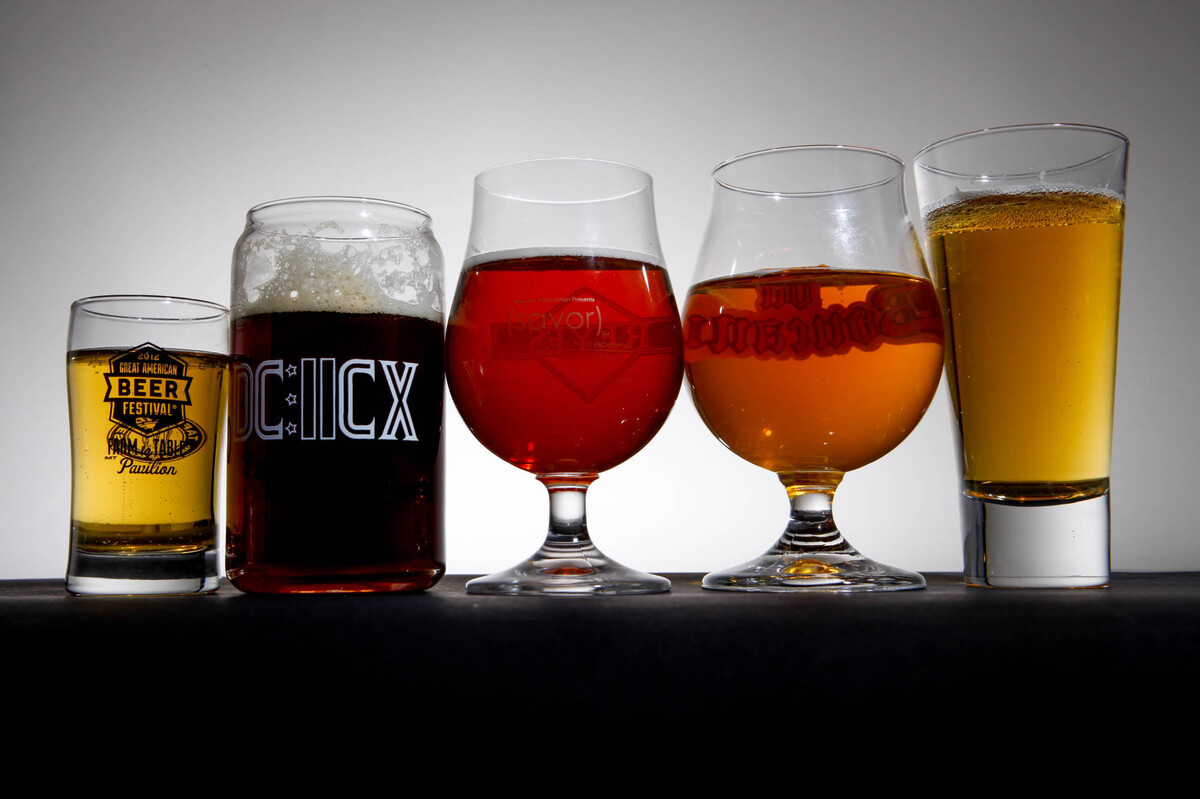 Beer and food have loads of flavors in common, and they can complement each other beautifully. But most of us are just swigging and chewing mindlessly, missing an opportunity to appreciate interactions between the two, according to the authors of a new book on beer pairings.

Which beer goes with guacamole? And which brew adds a nice clean, crisp finish to spicy wings?

Those are burning questions for anyone who wants to take his snack game to the next level this Super Bowl weekend. And two craft beer experts who wrote the book on pairing have the answers.

Beer and food have loads of flavors in common, and they can complement each other beautifully. But most of us are just swigging and chewing mindlessly, missing an opportunity to appreciate interactions between the two, according to Julia Herz and Gwen Conley, authors of Beer Pairing: The Essential Guide From The Pairing Pros, published in December. 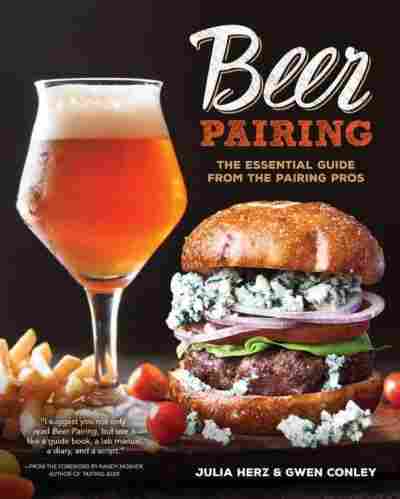 The Essential Guide from the Pairing Pros

by Julia Herz and Gwen Conley

"We want you to think about what the elements of beer are before tasting the food," Conley tells us. "In the same vein, when you taste your food, do that exact same process: Be involved in it, be a participant instead of just being unconscious about it."

Herz is the craft beer program director of the Brewers Association; Conley is a former microbiologist who is now the director of production and quality assurance at Port Brewing/The Lost Abbey in San Marcos, Calif. They teamed up for the book after years of running public beer and food tastings together. Their guide includes everything from how to structure a tasting session to how aromas play into interactions between beer and food.

"Trying to describe pairing is like describing color to a blind person. How can a blind person know what you're talking about if they have no reference to that color? So if I'm pairing and enjoying food and drink as art forms, then I want to be able to articulate what I'm getting," Herz says. "The interactions and the concepts in this book — a lot of people have never seen them documented in a way that allows them to verbalize it, because the terminology is all over the board. [We wanted to] finally provide some lexicon."

But you shouldn't just throw any beer at any Super Bowl snack and expect a touchdown. We asked Conley and Herz to tell us which beer styles would go well with quintessential Super Bowl menu items. Here's the rundown:

The pale malt in the beer goes with browned meat; hops add herb notes that enhance the chili's flavor. 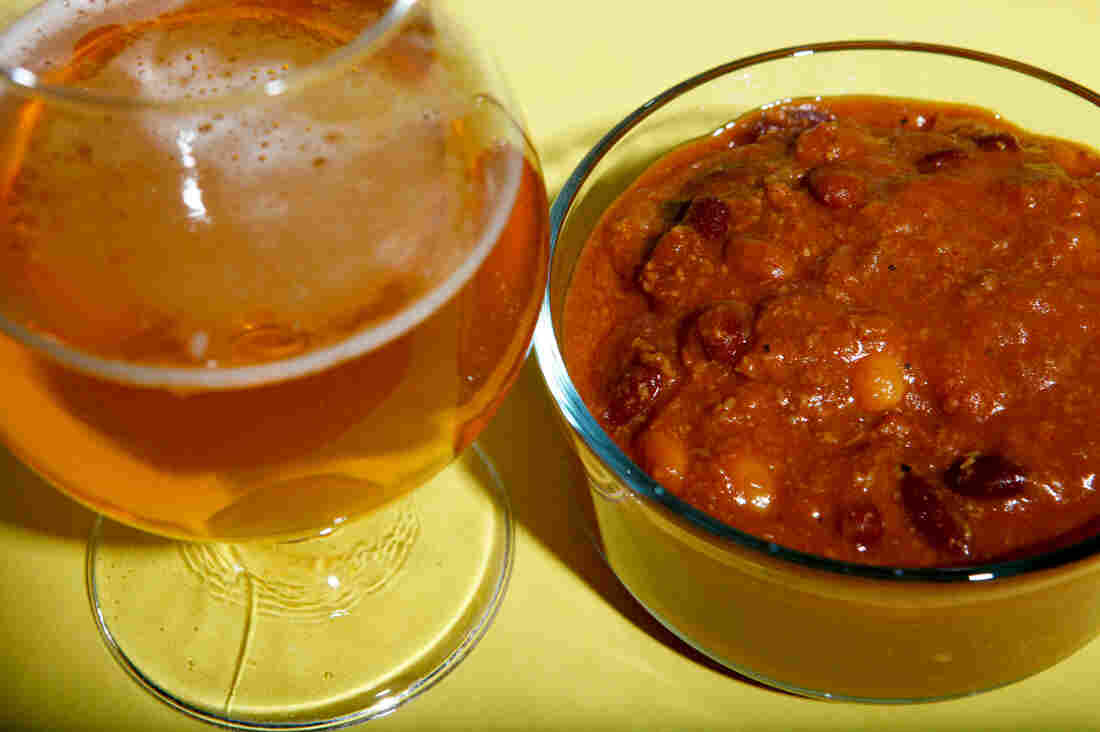 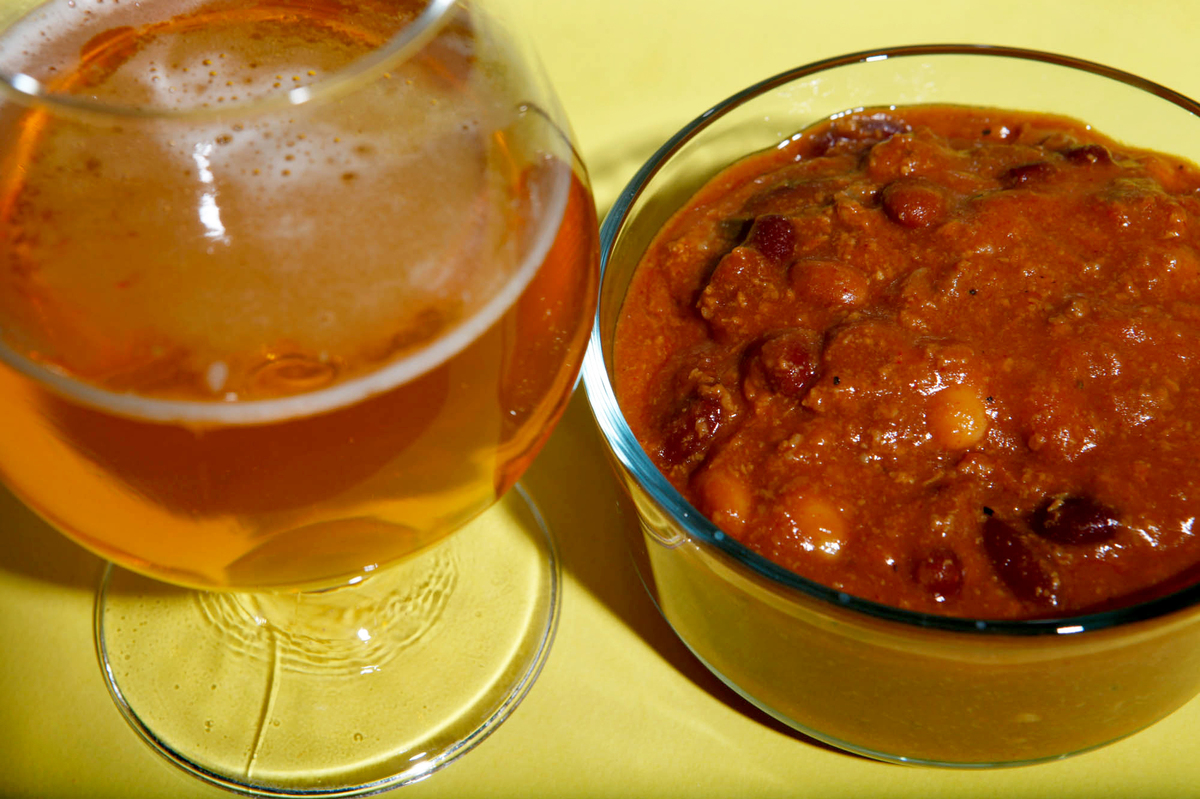 Citrus notes in the pale ale go with lime in the guacamole, and toasted malt matches up with corn chips. 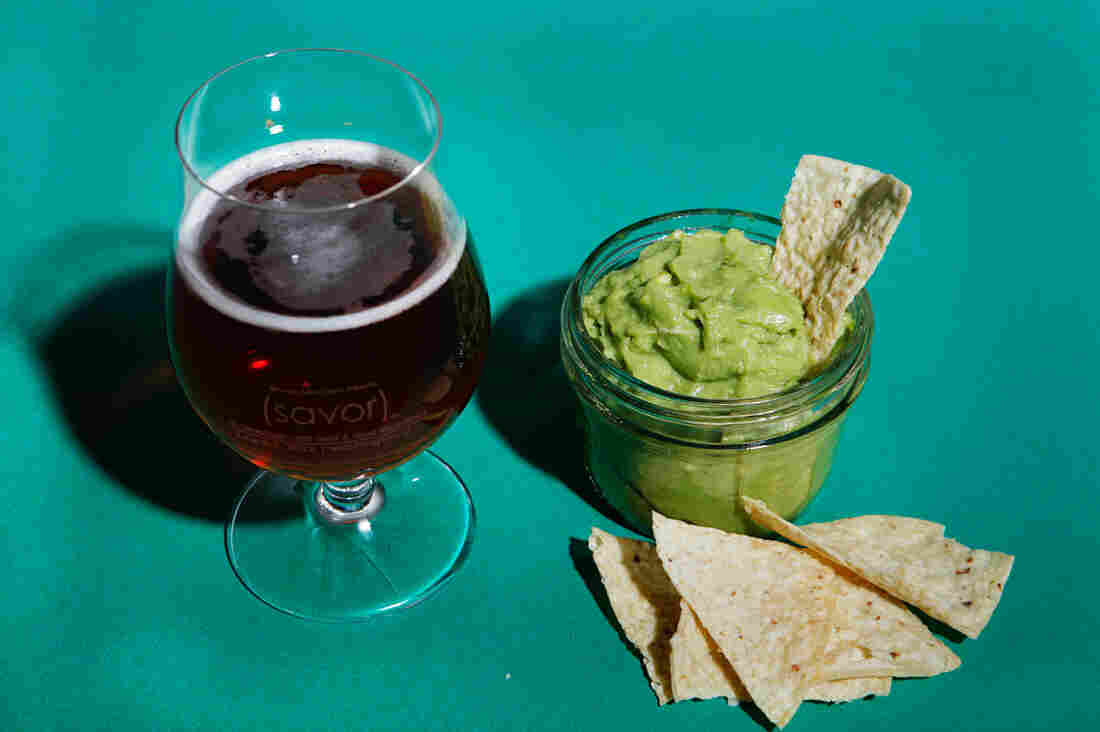 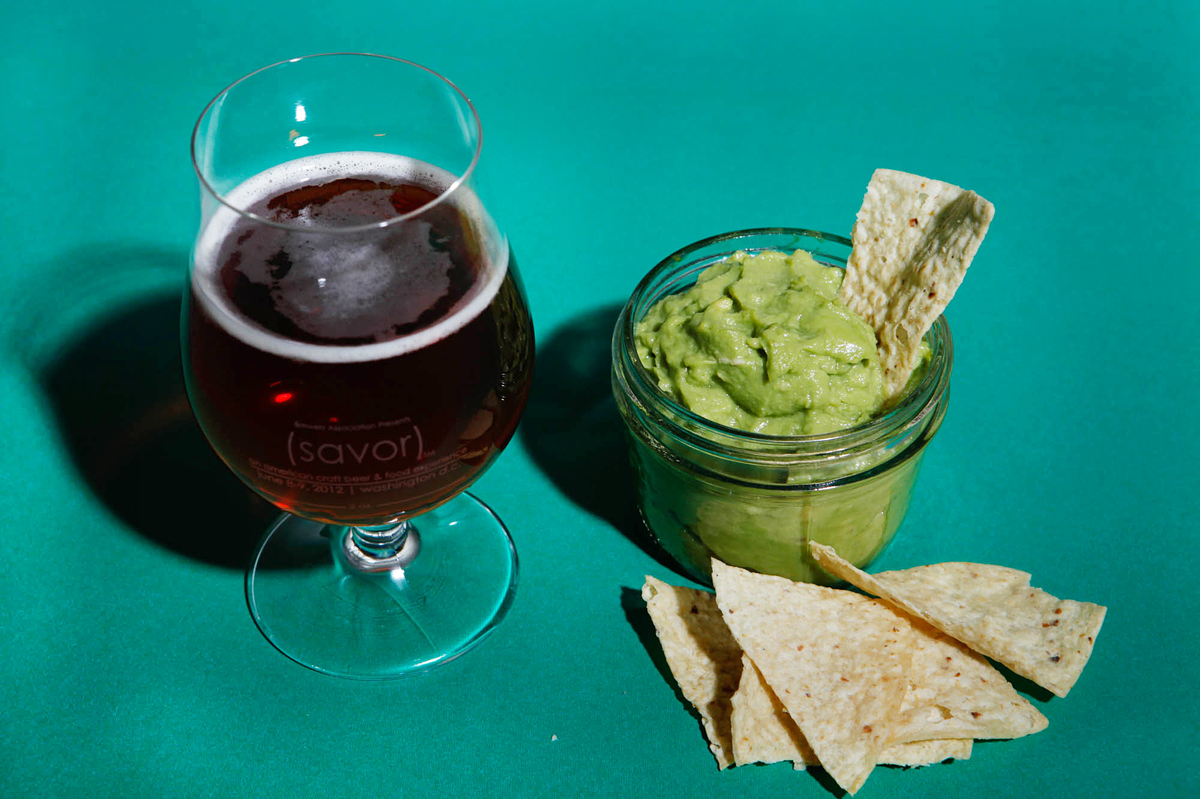 Hops in the beer cut the grease in the wings. The beer's slight sweetness also cuts the heat in wings and offers a crisp, clean finish. 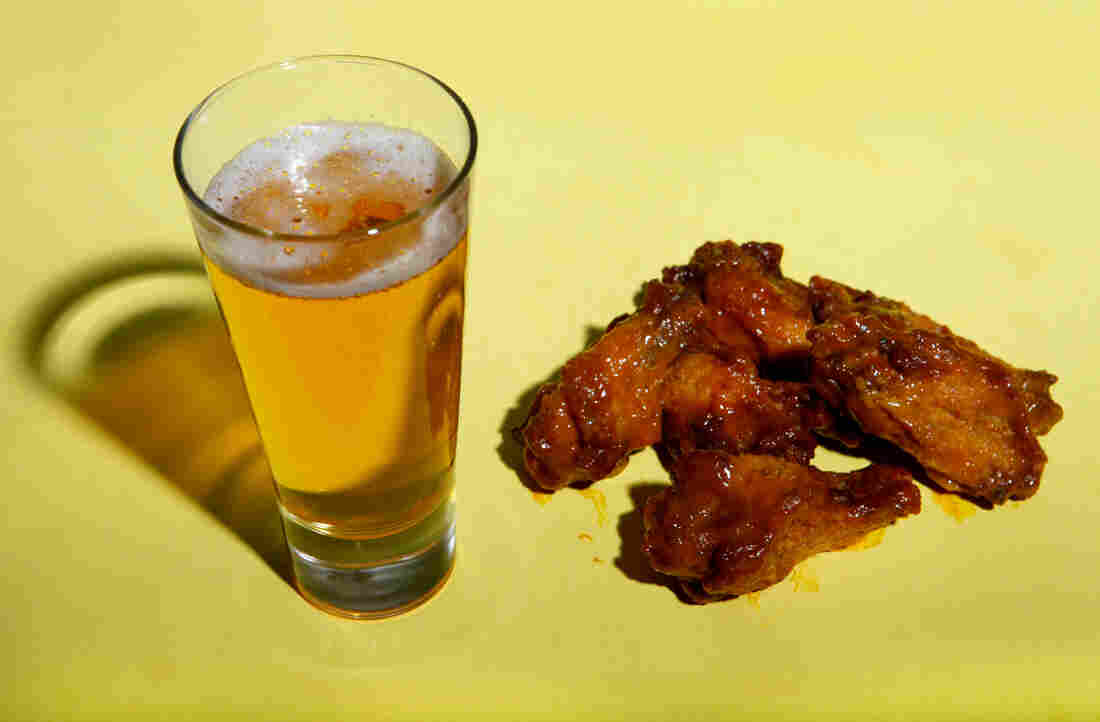 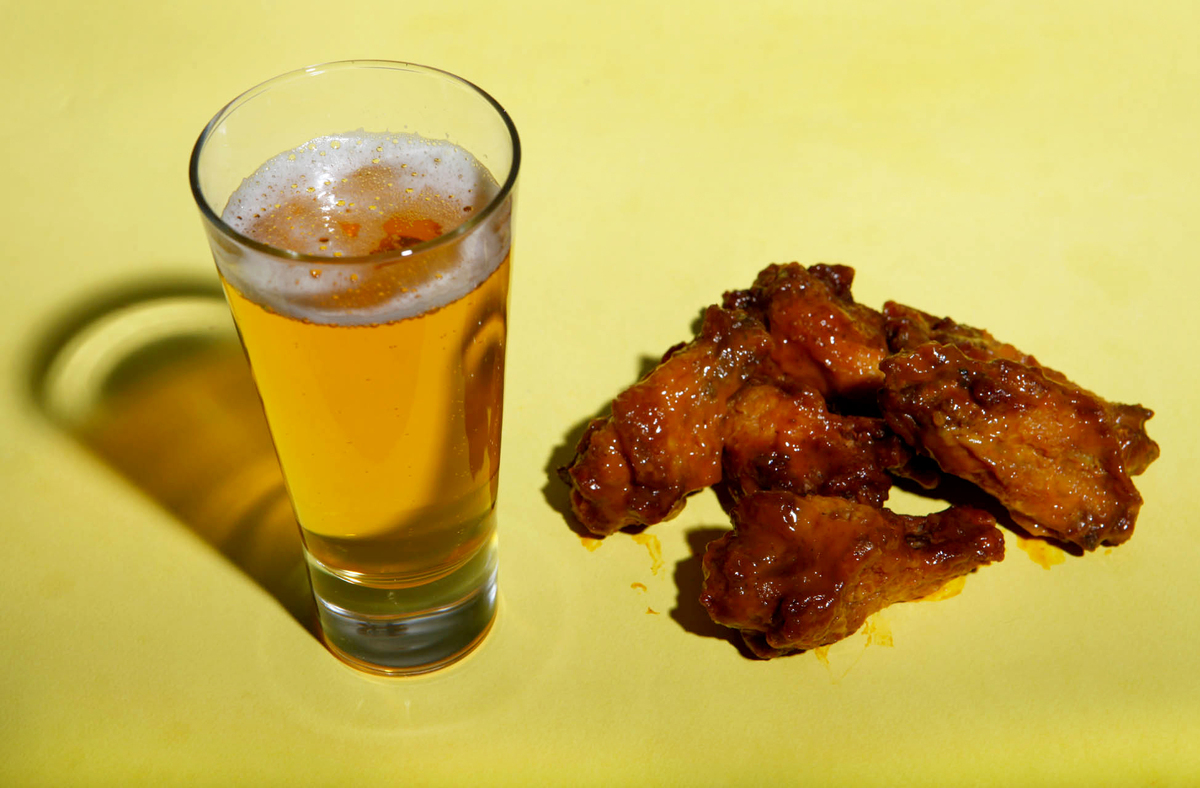 Caramel malt in the beer brings out the chips' sweetness. Hops in the beer can also help enhance herb notes in the chips. 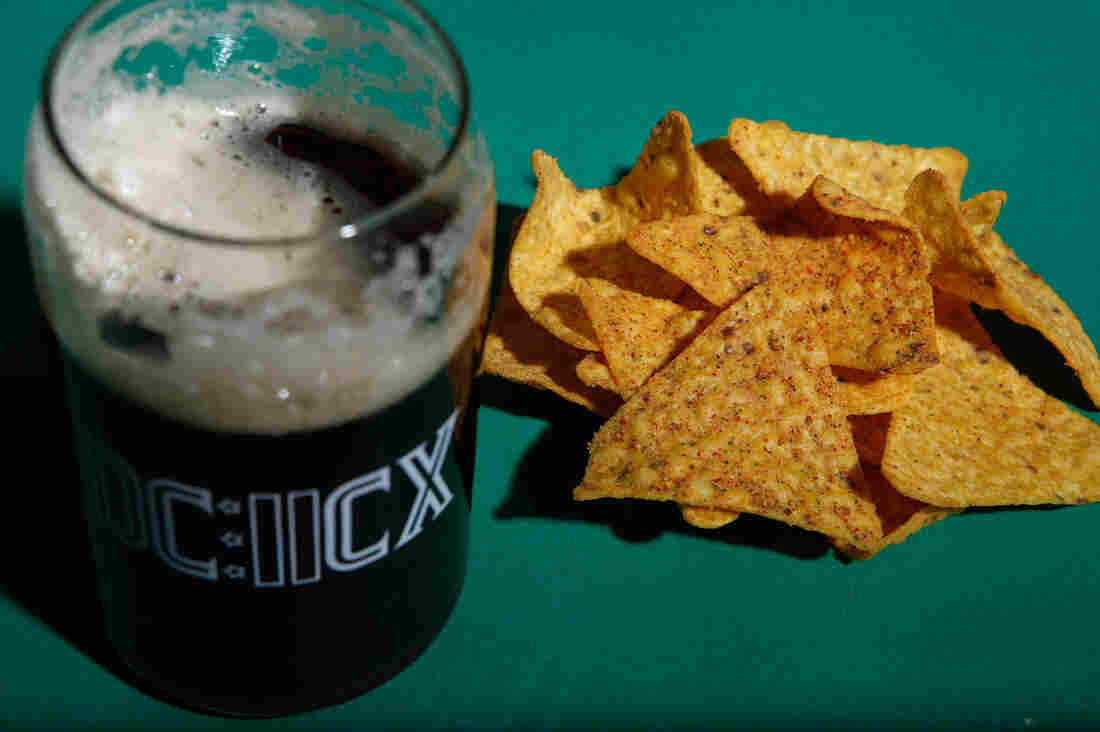 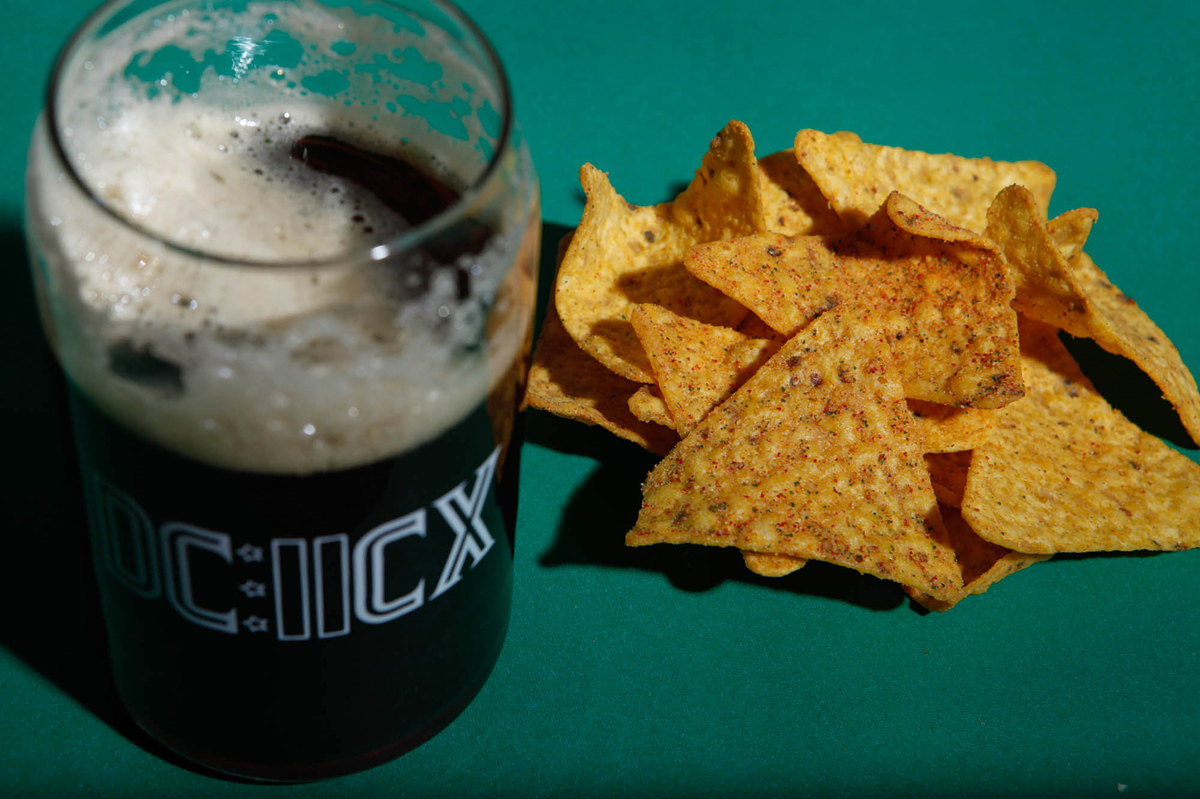 The beer's bitterness goes with the gooey cheese, and the graham-cracker flavor of the malt pairs with the pizza crust. 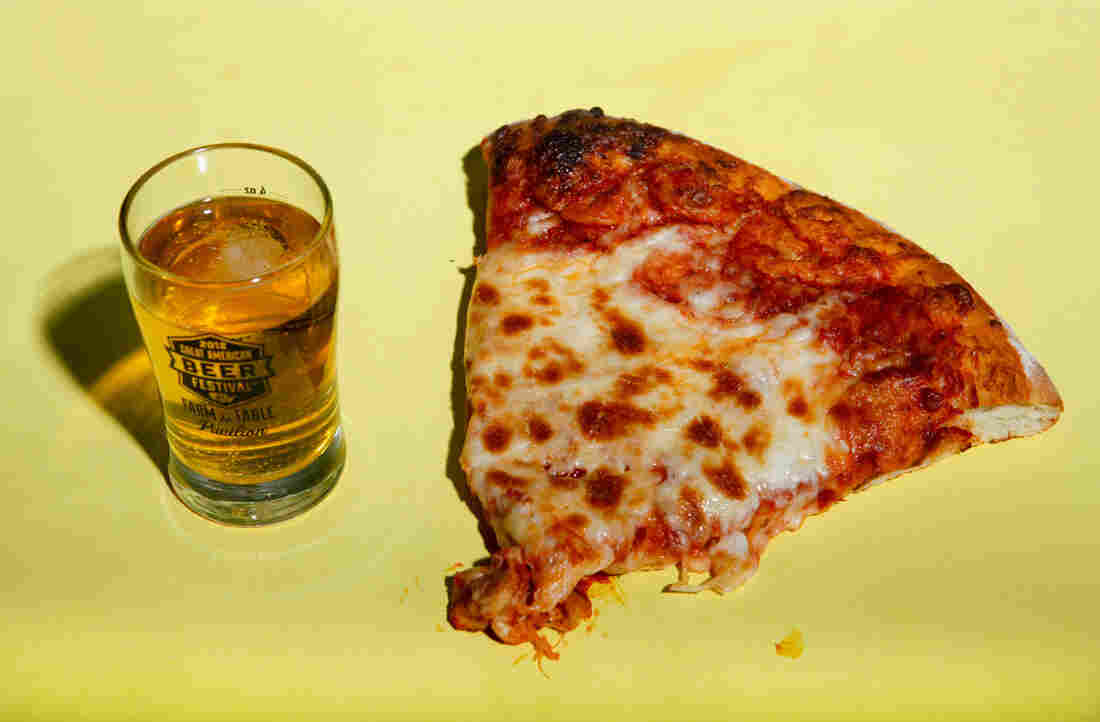 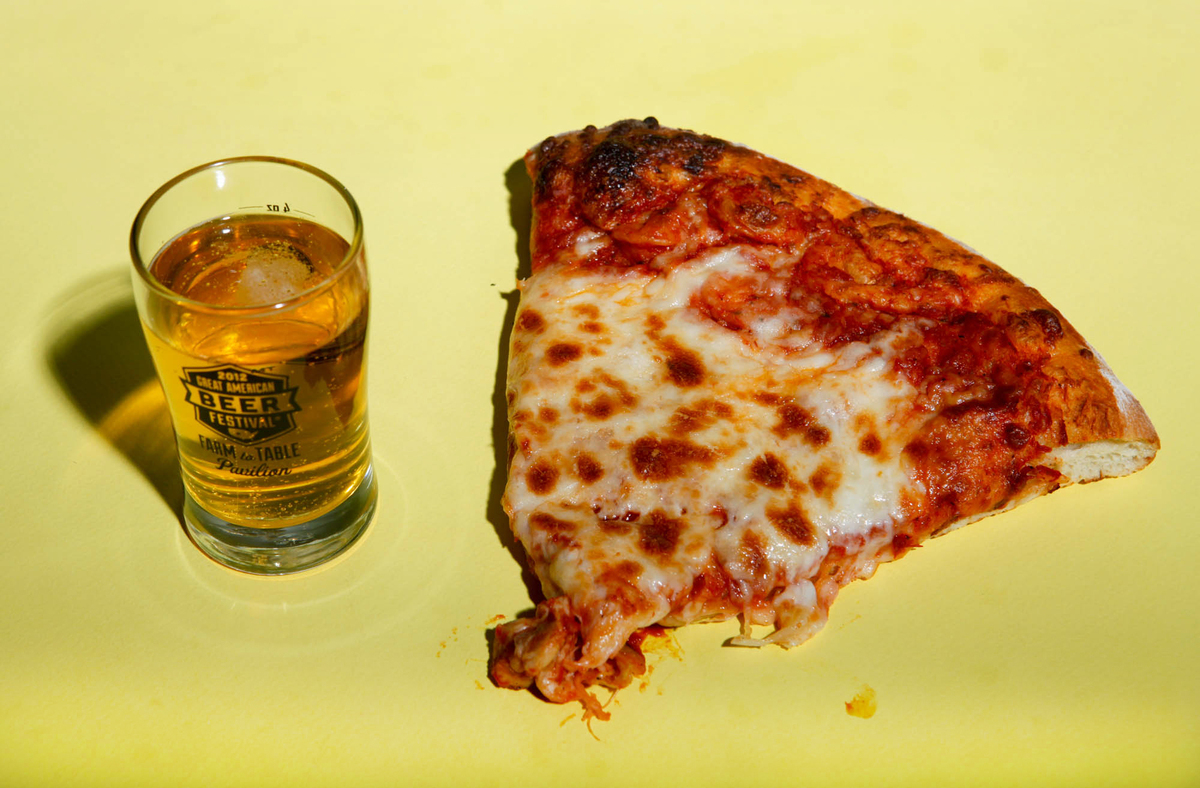 Most beer and food pairings go one of three ways, Herz and Conley write. There's the home run ("one plus one doesn't just equal three — it equals five"); the middle-of-the-road matchup ("not going to be remembered and talked about"); and the train wreck ("one plus one equals ... negative one").

One example of the home run, they say, is the classic matchup of a Belgian dubbel ale with barbecue. As for a train wreck, Conley says she recently tried dark chocolate-covered pumpkin seeds with an imperial stout.

"The roasted, bitter characteristics of the chocolate clashed so bad [with the stout] and created an ashtray, burnt characteristic," says Conley.

Another wreck: a saison running into Wensleydale cheese with cranberries. Conley explains, "That can create a massive soapy taste — a terrible train wreck in your mouth."

But Conley and Herz also urge tasters not to fear train wrecks. Such unfortunate pairings, they write, "can be amazing learning experiences."

To get the most out of your pairings, Herz and Conley say, you'll need to cover some basics:

The important thing, Herz and Conley say, is to focus on the process of tasting both your beer and your food. Analyze their color and intensity, savor the aroma and name the flavors you're experiencing. Give yourself time between each bite or sip to pick up any lingering flavors.

"It really is a very zen thing," says Conley. "You are concentrating on what you're doing, tasting and smelling."

Seeking that ideal, and meditating on the interplay of flavors, might end up being even more rewarding than watching the game. Like they say about sports, it's all about how you play.