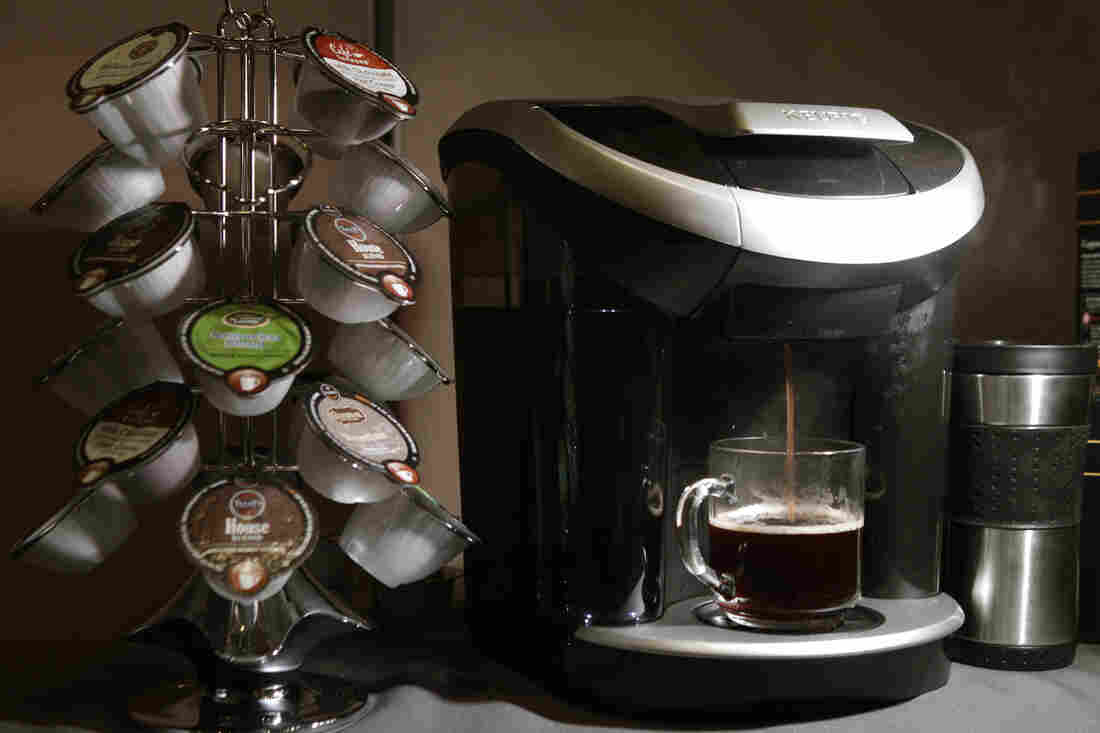 Sales for the Keurig, an individual coffee brewer, are down about $60 million from last year. Kathy Willens/AP hide caption 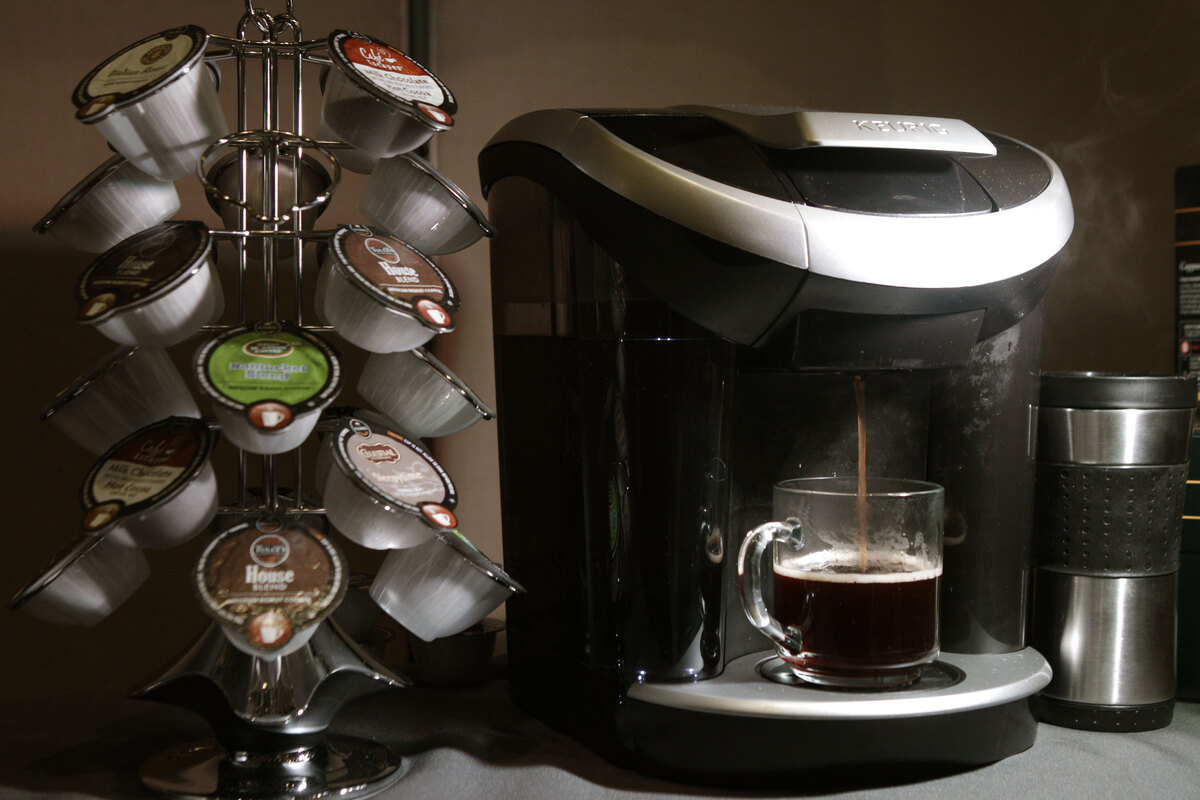 Sales for the Keurig, an individual coffee brewer, are down about $60 million from last year.

There was a time when it felt like Keurig coffee pods were going to take over the world — or at least encircle it.

But now sales are on the decline, down some $60 million from last year.

The company has faced criticism because the individual coffee pods are not kind to the environment. But Venessa Wong with BuzzFeed says that's not the only factor that's contributed to the decline in sales.

Wong, who's been following the fortunes of Keurig for the past few years, talks with NPR's Scott Simon about why Americans are losing interest in the single-pod coffee brewer.

It's not because coffee consumption is down, is it?

No, Americans are drinking so much coffee. But Keurig is having some problems as you said. They recently reported their sixth consecutive quarter of negative brewer sales so it's a problem that they've faced for more than a year at this point. ...

I think one of the main problems was they had launched this new brewer called Keurig 2.0. The whole reasoning behind that was that Keurig actually makes most of its money from selling those little coffee pods. And when their patent expired for the coffee pod technology, they figured, well, we'll make a new brewer that will work with only our pods — as other companies started to manufacture their own sort of K-cup products. But consumers didn't like that, so at this point I think we're starting to see some K-cup fatigue.

So are people using the Keurig, waiting for it to become outdated and then they don't use it again, go on to something else or what?

As I don't have to tell you, there's a debate that's opened up as to whether or not the pods from single-pod coffee brewers are recyclable, actually use less energy — or more energy.

Totally, I mean I think that's one of the biggest problems with a K-cup is that it does have such a negative environmental impact and it's something that Keurig has acknowledged. [Editor's note: Keurig Green Mountain has previously told us that it has set a deadline of 2020 for making all of its beverage pods recyclable.] You know, they have said that this is one of their greatest obstacles to attracting new customers. And they have introduced some products where you can kind of spoon your own coffee into a K-cup-like filter and then make a single-serve coffee like that using your Keurig brewer. But then the question arises, how is this beneficial compared to using the conventional brewer which costs a lot less than a Keurig?

What do you drink at home?

I drink old-fashioned, automatic drip coffee — nothing too fancy. I also have a French press, and I've never found them too cumbersome or time consuming to use.