Accessibility links
Gulf Of Mexico Open For Fish-Farming Business : The Salt For the first time, companies can apply to set up fish farms in U.S. federal waters. The government says the move will help reduce American dependence on foreign seafood and improve security. 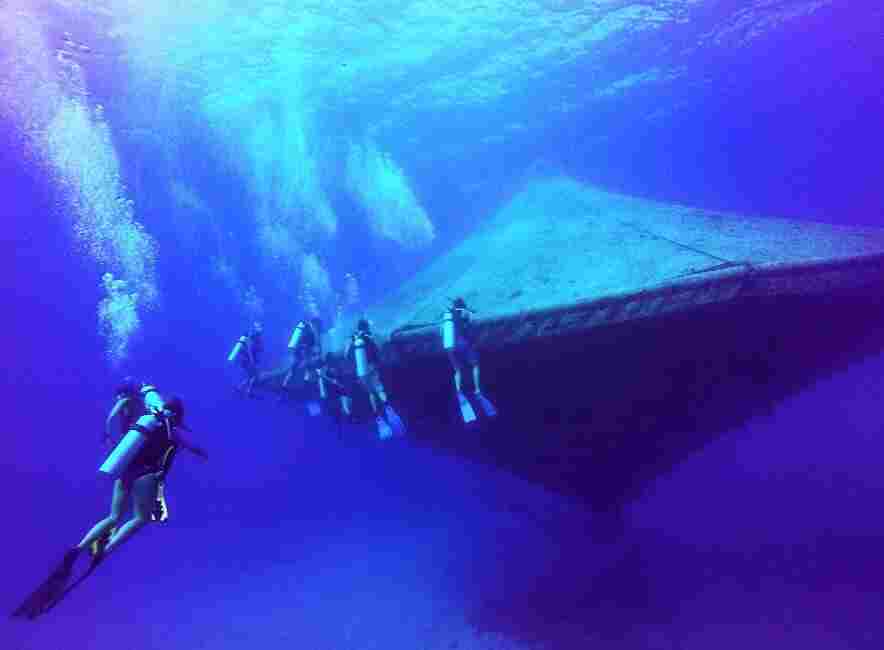 Divers around the open-ocean aquaculture cage at the Cape Eleuthera Institute in the Bahamas. These cages are not currently used in the Gulf of Mexico, but represent one type of farming technology that could work in the region. NOAA/with permission from Kelly Martin hide caption 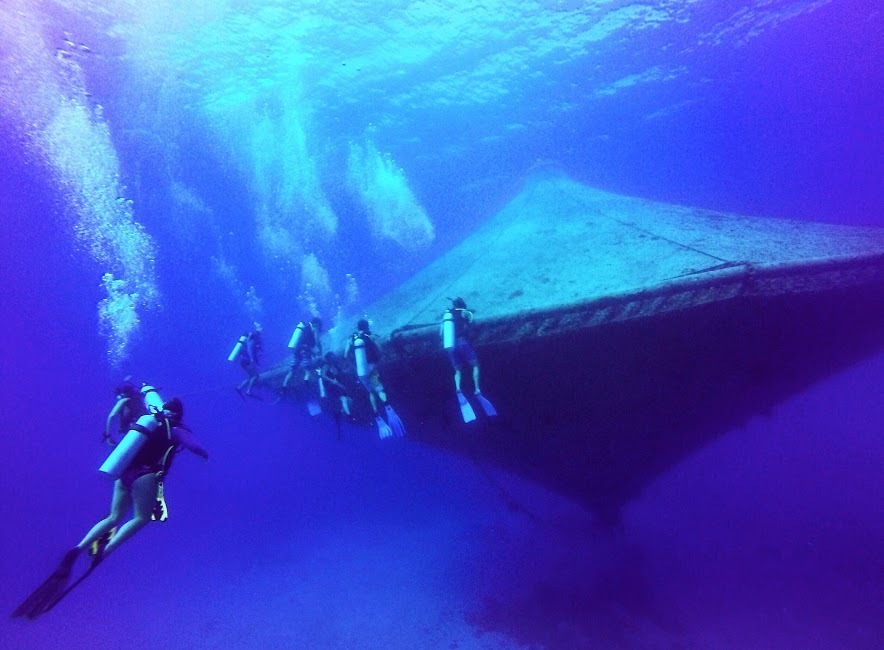 Divers around the open-ocean aquaculture cage at the Cape Eleuthera Institute in the Bahamas. These cages are not currently used in the Gulf of Mexico, but represent one type of farming technology that could work in the region.

The Gulf of Mexico is now open for commercial fish farming.

The National Oceanic and Atmospheric Administration (NOAA) announced last month that, for the first time in the U.S., companies can apply to set up fish farms in federal waters.

The idea is to compete with hard-to-regulate foreign imports. But opening the Gulf to aquaculture won't be cheap, and it could pose environmental problems.

Harlon Pearce, the owner of Harlon's Louisiana Fish, which supplies restaurants and groceries across the South, says he welcomes the change. Around this time of year, his refrigerated warehouse outside New Orleans is stocked with catch.

He's freezing a lot of it to keep up with year-round demand. He says he'd like to sell nationwide, to big chains like Red Lobster, but "we never have enough fish to supply the markets. Never," he says.

That's true for a couple of reasons. For one thing, the seafood industry in the Gulf still hasn't bounced back from the 2010 BP oil spill. Secondly, the industry has always fluctuated, because of hurricanes and pollution.

Pearce, who is on the board of the Gulf Seafood Institute, says aquaculture could solve that.

The rest of the world is already heavily invested in farming fish. According to NOAA, 90 percent of fish in the U.S. comes from abroad and half of this is farmed. While fish farms exist in the U.S., the industry has yet to really take off. And, until now, federal waters had been off limits. The U.S. government says that opening up the Gulf to fish farms would reduce American dependence on foreign food and improve security.

"We see it as another important step in building the resiliency of our oceans and fishing communities," says NOAA Administrator Kathryn Sullivan. "This starts with the Gulf but actually opens the door for other regions to follow suit."

In the coming years, NOAA will issue 10-year permits to companies that want to set up shop in federal waters, generally 3 miles offshore. The farms, which look like giant floating pens, are allowed to raise fish native to the area only. In the Gulf, that means species like red drum and cobia — not salmon or tilapia.

Some say the farms will hurt struggling fishermen.

"These systems will take up real space in the ocean and displace fishermen. In fact, there are going to be buffer zones around these facilities where fishermen can't go," says Marianne Cufone, an adjunct professor at the environmental law clinic at Loyola University.

And she says the farms run the risk of large fish escapes, which might wreak havoc on the local ecology.

"There have been millions of fish that have escaped all over the world and are causing problems — not just genetic problems, but things like spreading diseases between captive fish and wild fish," Cufone says. Fish food and waste could also fall out of the pens and affect other marine life.

NOAA officials say they took all of this into account already by weighing thousands of public comments and enforcing certain environmental safeguards, like constant monitoring of cages.

Raising fish in the ocean won't be quick or easy, says Rusty Gaude, a fisheries expert with Louisiana State University. He notes that NOAA is setting a lot of environmental rules, which can be burdensome. And then there's the threat that hurricanes pose to floating fish farms.

"These initial efforts may go through some rather painful growing pains," he says.

But he thinks the plan will become a reality.

NOAA and other federal agencies say the first permits could be approved in two years.