Accessibility links
For Russian Farmers, Climate Change Is Nyet So Great : The Salt While warmer weather might make farming possible in cold regions such as Siberia, it's already causing havoc on existing farmland in the south of Russia. 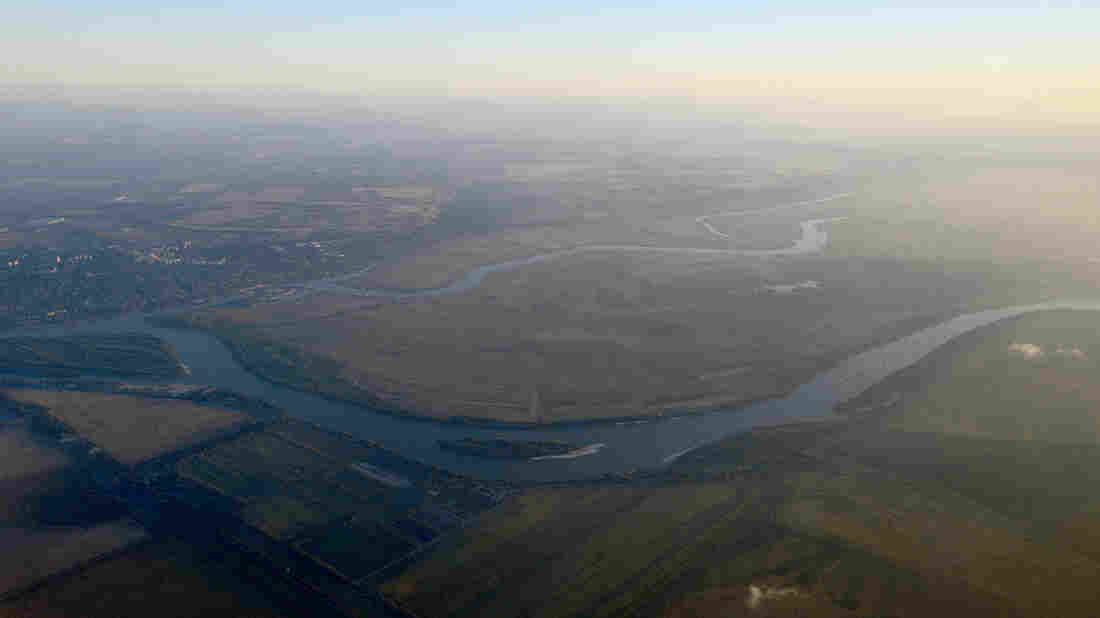 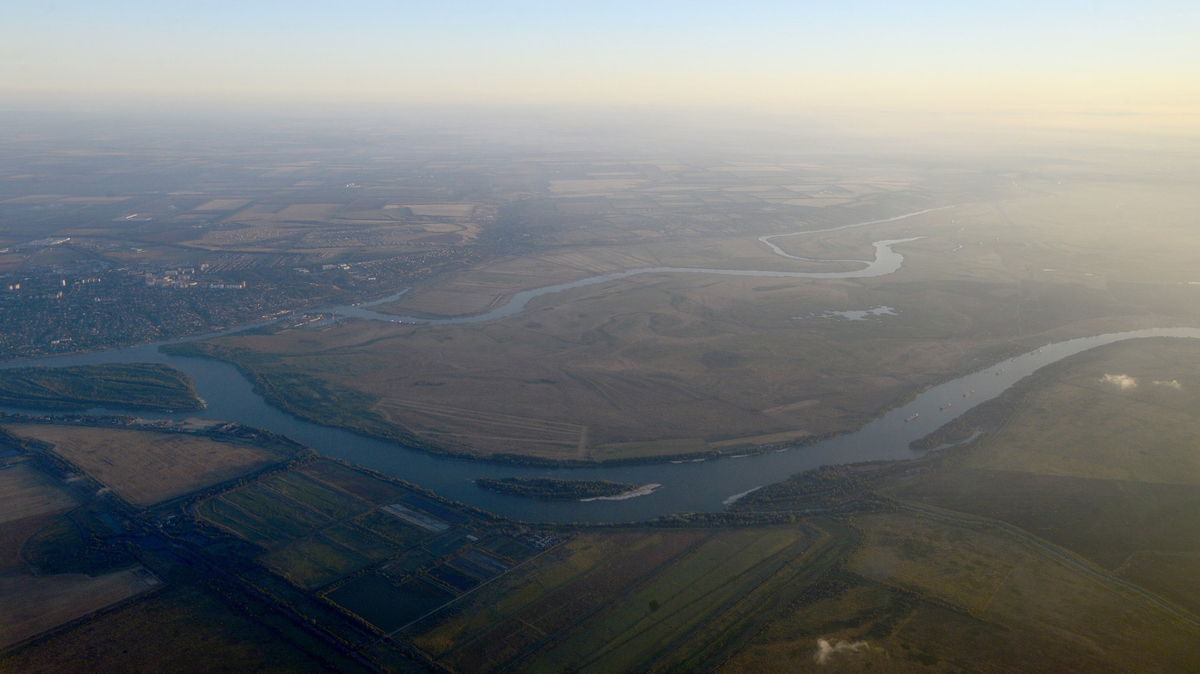 An aerial view of Rostov-on-Don region, where the fertile steppes support some of Russia's best farmland.

The National Oceanic and Atmospheric Administration says last month was the warmest January on record. That sets off alarm bells for climate scientists, but for the average person living in a northern climate, it might not sound so bad.

That's what many people are saying these days in Russia, where the expected icy winter has failed to materialize this year – to widespread joy. Of course, any climate scientist will tell you that an unusually warm month — or even a whole warm winter — doesn't mean much. It's the long-term trend that counts.

But that's not how it appears to the popular imagination, says George Safonov, who heads the Center for Environmental and Natural Resource Economics at the Higher School of Economics in Moscow. He says there's a big temptation in northern countries to believe that warmer weather can bring economic opportunities, such as improving conditions for farming.

"Before 2010, we had a rising harvest rate for crops, and that was explained as a very positive impact of climate change," he says. "It was not easy to convince people that this is not correct."

The problem, Safonov says, is that while warmer weather might open up more land in cold regions such as Siberia, it's already causing havoc on existing farmland in the south.

Some of Russia's most productive farmland, the fertile steppes around Rostov-on-Don, has been facing a series of droughts.

We went to the Rostov region to see what farmers are doing about all this.

There's nothing growing there now, but driving through the miles of plowed fields, you can see why this area is called the breadbasket of Russia.

The writer Anton Chekhov said it was so fertile, you could poke a stick into the ground and it would take root and grow.

Vladimir Dvornik runs an agricultural cooperative called Progress, a former Soviet collective farm. He says he and his fellow growers have had to change their crops to deal with drier conditions.

"We gave up growing some kinds of grain, soy and some vegetables, like peppers and tomatoes," Dvornik says. Now, he says he has switched to winter wheat and other crops that do well in drier weather.

He says it's not a catastrophe for local growers, because they've had time to adapt, but drought could cause severe problems if it keeps getting warmer.

As for moving Russian farming to Siberia, Dvornik says that's nonsense, and so does economist Safonov.

There's no infrastructure for farming there, Safonov says, no expertise and no population of potential farm workers. Between losing farmland in the south, and starting large-scale farming in the north, the costs would be huge.

"Overall, I would estimate these potential losses as a few dozens of billions of dollars per year if we don't do anything," Safonov says.