Accessibility links
When Beef Is Off Limits, Beaver And Muskrat Make It To Lenten Menu : The Salt Medieval theologians used to distinguish between land vs. water creatures, not mammals vs. fish. That's good enough for some restaurants — and parishes — in places with large Catholic populations.

When Beef Is Off Limits, Beaver And Muskrat Make It To Lenten Menu

When Beef Is Off Limits, Beaver And Muskrat Make It To Lenten Menu 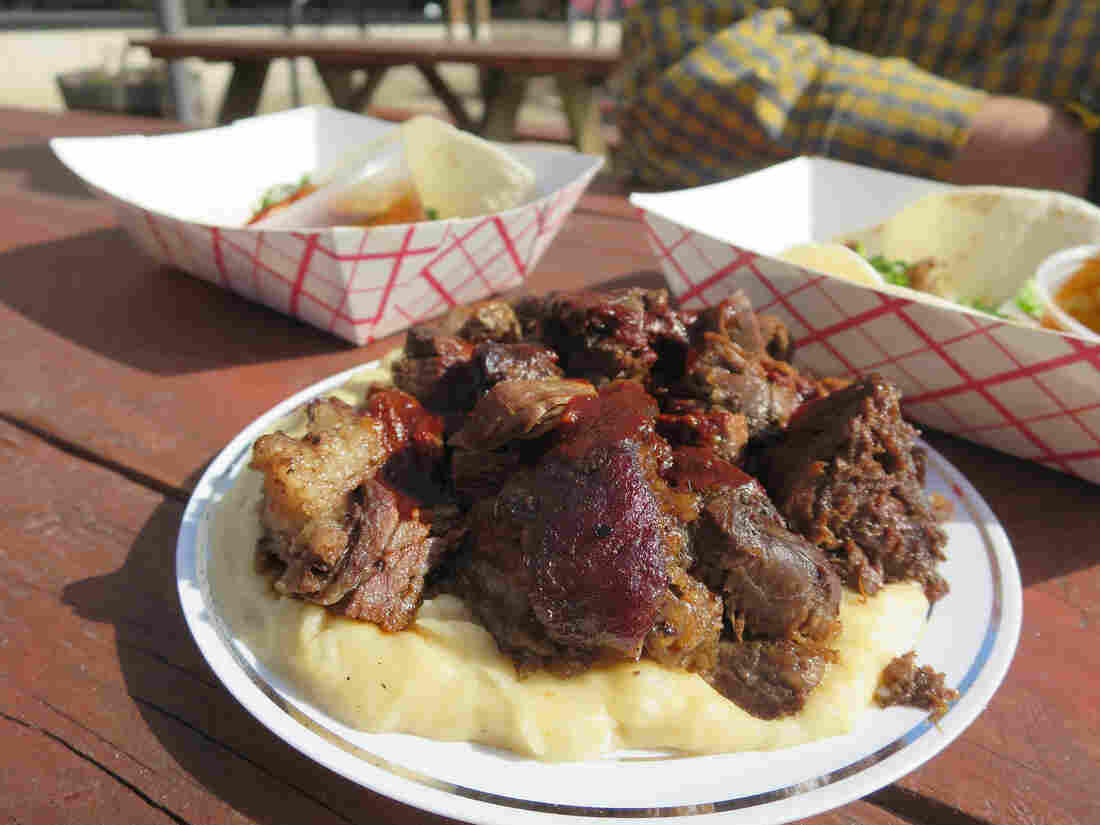 Beaver barbecue at Bootleggin' BBQ in St. Louis, Mo. Though many Catholics abstain from eating meat on Fridays during Lent, in some parts of the country, water-dwelling mammals have long been considered fair game. Alan Greenblatt for NPR hide caption 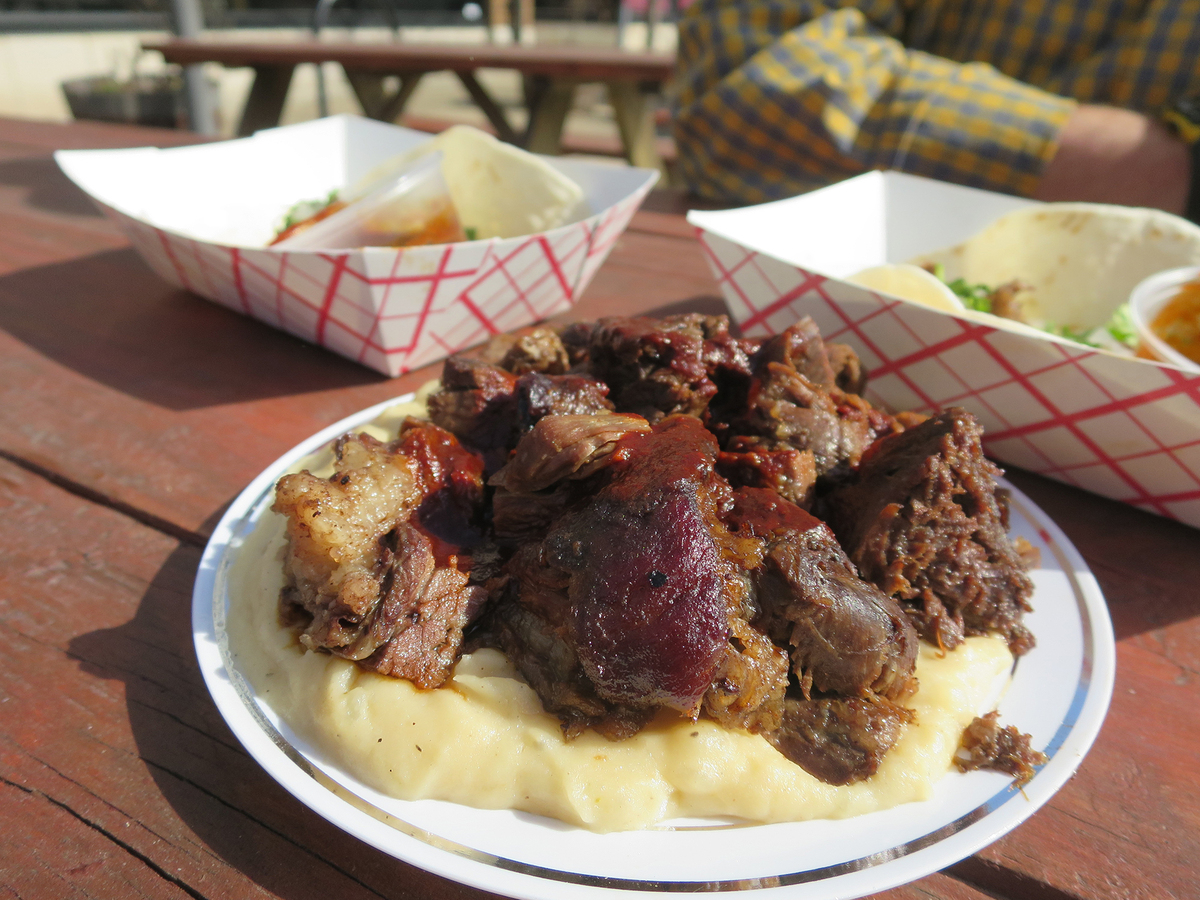 Beaver barbecue at Bootleggin' BBQ in St. Louis, Mo. Though many Catholics abstain from eating meat on Fridays during Lent, in some parts of the country, water-dwelling mammals have long been considered fair game.

It doesn't taste like chicken and it's definitely not a fish, but some people in St. Louis are eating beaver for Lent.

Many Catholics abstain from eating meat on Fridays in observance of Lent, the season of penance between Ash Wednesday and Easter. The church has made exceptions — at times, in some places — for aquatic mammals such as beavers, muskrats and capybara.

That's good enough for Brenton Brown. "A friend of ours said that the Catholic Church is fine with this for Lent," says Brown, co-owner of Bootleggin' BBQ in St. Louis, which is now serving "humanely trapped" smoked beaver on Fridays during Lent.

Beaver is a secret menu item, discussed on social media but not listed at the restaurant. "We started going down the rabbit hole, so to speak, of how we could market the beaver," Brown says.

Brown says beaver sales "almost doubled" last Friday compared to the previous week, the first time it was on offer. On Friday, Brown wore a t-shirt decorated with a mildly suggestive illustration of a beaver. It read, "God said it was OK. #Lent2016." 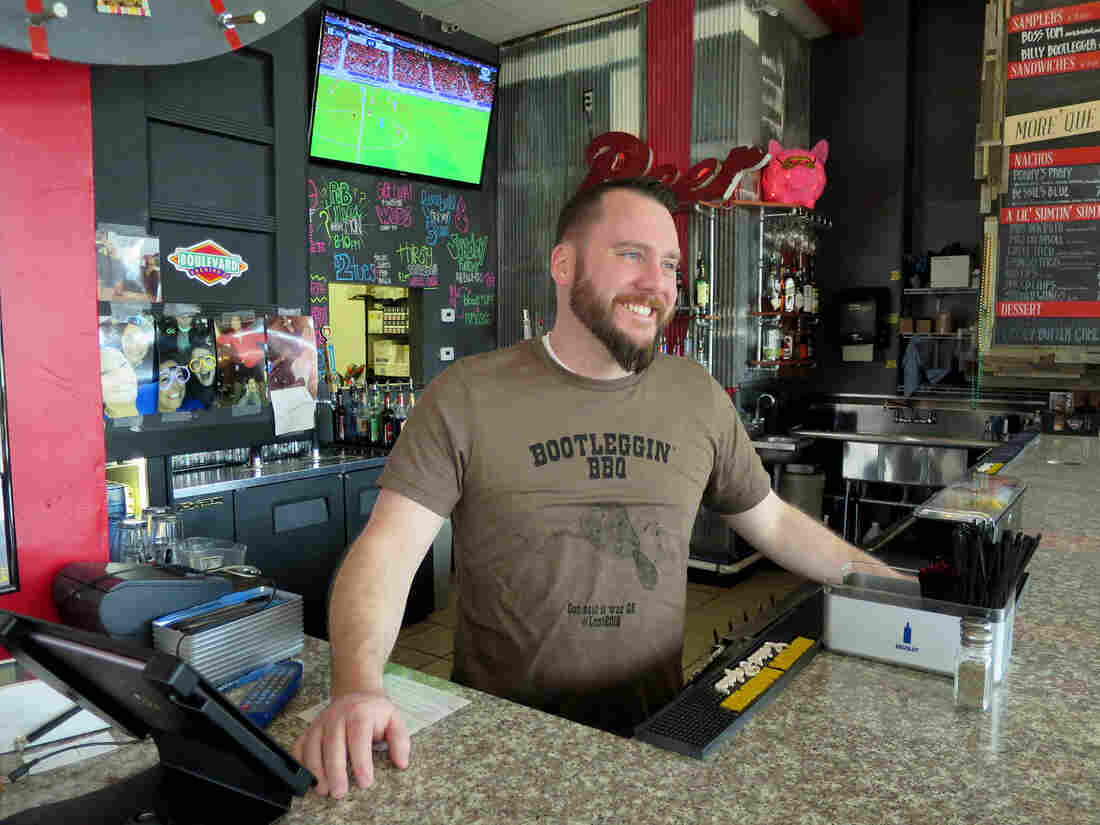 Brenton Brown is the co-owner of Bootleggin' BBQ in St. Louis, Mo., which is now serving "humanely trapped" smoked beaver on Fridays during Lent. Alan Greenblatt for NPR hide caption 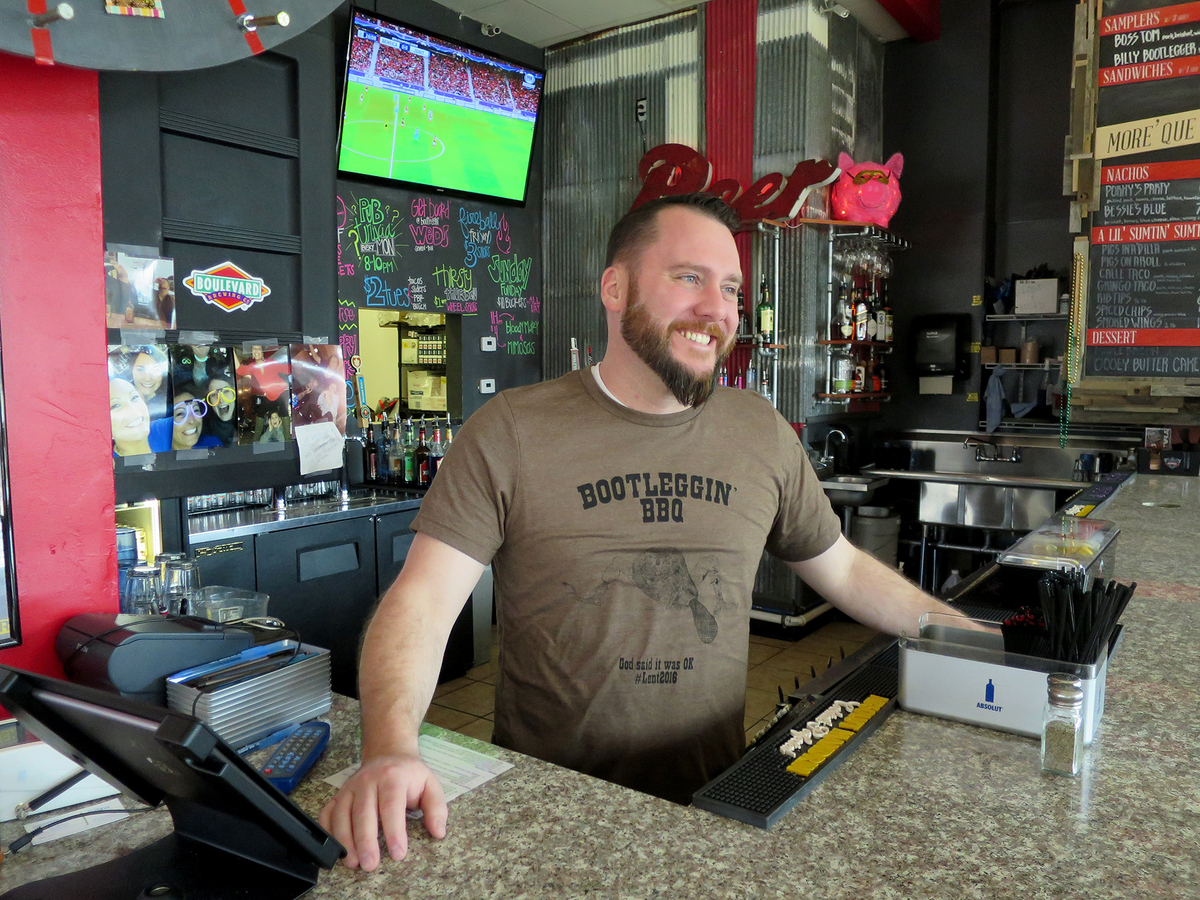 Brenton Brown is the co-owner of Bootleggin' BBQ in St. Louis, Mo., which is now serving "humanely trapped" smoked beaver on Fridays during Lent.

According to Dolly Jørgensen, an environmental historian in Sweden, the medieval theological debate about forbidden foods during Lent didn't distinguish between mammals and fish, but rather, creatures of the land and sea. So, while meat from chicken, cows and sheep was considered off limits, "other animals that spent their time in the water qualified as aquatic and could be eaten at Lent," she wrote.

That doesn't mean beaver is kosher for St. Louis Catholics during Lent. "I've checked with our chancellor for canonical affairs, and he is not aware of any current dispensations along these lines in the Archdiocese of St. Louis," says Gabe Jones, a church spokesman.

The archdiocese itself is running an #EatMoreFish promotion. It hardly seems necessary. In heavily Catholic St. Louis, the Friday night dinner scene is dominated this time of year by dozens of fish fries, including one at a suburban church that offers "God's cod" – which diners can pick up via drive-thru or enjoy while seated in the gym.

Adam's Smokehouse, another entrant in the city's bustling barbecue scene, doesn't even bother staying open for dinner on Fridays during Lent. "I saw my numbers from previous years and realized there's not that much business for the season," says co-owner Mike Ireland. "I respect everyone's wishes and what they want for those days."

In other parts of the country, it's been a longstanding habit to eat water-dwelling mammals during Lent. Muskrats are traditional in parts of the mid-Atlantic, for instance. The Southern Grille in Ellendale, Del., is serving muskrat during this Lenten season.

The dish is quite common in parts of Michigan. This time of year, lots of churches and social clubs host muskrat dinners — so many that the local stock has been partially depleted: Muskrats are being shipped in from Ohio.

Michigan's tradition dates back to the War of 1812, when area battles devastated harvests and farmers lost most of their livestock, according to Ralph Naveaux, the retired director of the Monroe County Historical Museum. Muskrats emerged as an important protein source.

Naveaux attends a half-dozen or so area muskrat dinners every year, including parish suppers.

"You'll hear legends about muskrats and also beaver being classified as fish, because of their lifestyle of being in the water all the time," Naveux says. "In more recent times, of course, we don't classify it as a fish, scientifically. But as an immemorial custom, this is still considered something that can be eaten for Lent."

Naveaux says a popular local preparation is to stew muskrat meat in a sauce of creamed corn. Newbies tend to prefer it fried in a little batter. The trick is to make sure to get rid of the musk glands, and then parboil the funky meat ahead of any other preparation.

"When you're cooking any sort of wild game, probably your best bet is to start off with a really small taste and go from there," says Doug Paine, chef at the Hotel Vermont in Burlington.

Paine served beaver at a wild game night last fall. "I made little hand pies out of it," he says. "People weren't eating a lot of it, but they did enjoy it."

Back at Bootleggin' BBQ in St. Louis, the beaver meat sits in good-sized chunks — six ounces of it confronting you on the plate. Served in gumbo, tacos or over a white-cheddar garlic mashed potato, Bootleggin's beaver has a mild, beefy flavor, with dark afternotes. It's chewy and pairs pretty well with a strong English ale.

"It's got the beef consistency, but it's got some woodiness to it," Brown says. "You can tell that's their diet."

Alan Greenblatt is a writer based in St. Louis, Mo.