Accessibility links
Thin Mint Mashup: Grind Those Girl Scout Cookies Into Cheesecake : The Salt Many of us cheer Girl Scout season, but after plowing through several sleeves of Samoas, fatigue can set in. Here, Dan Pashman, host of The Sporkful, offers recipes meant to rekindle the cookie love. 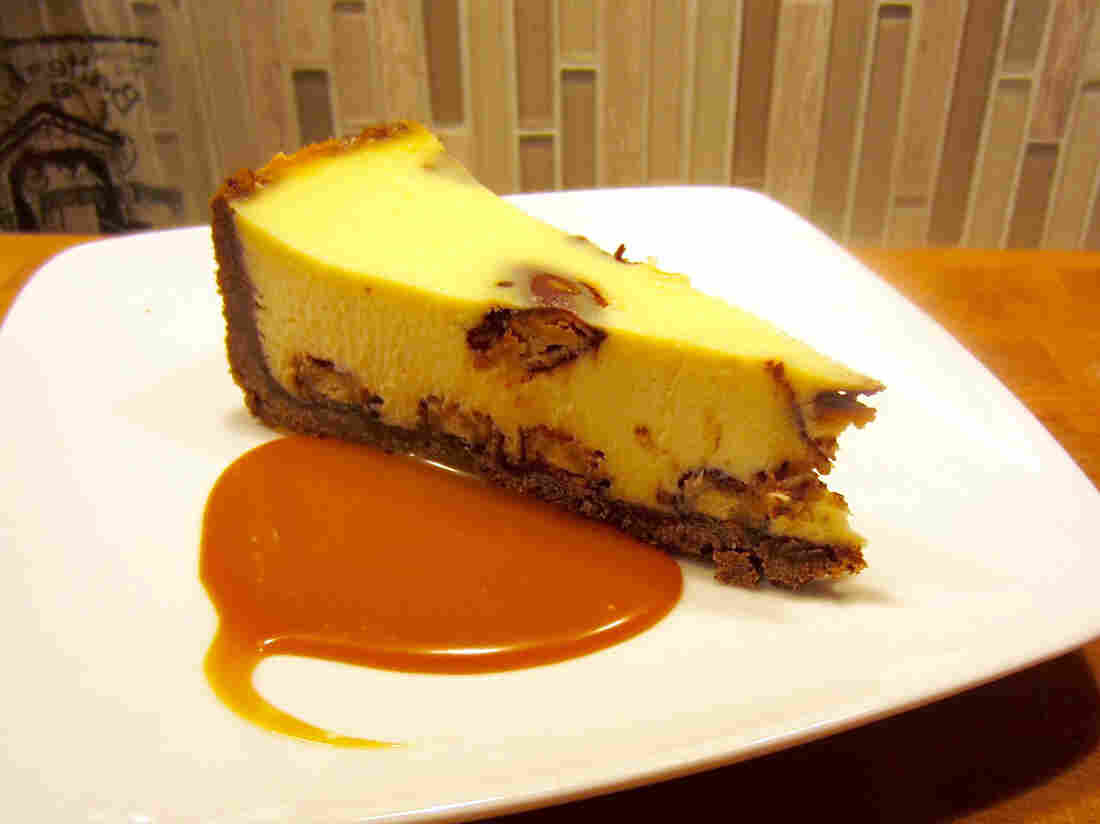 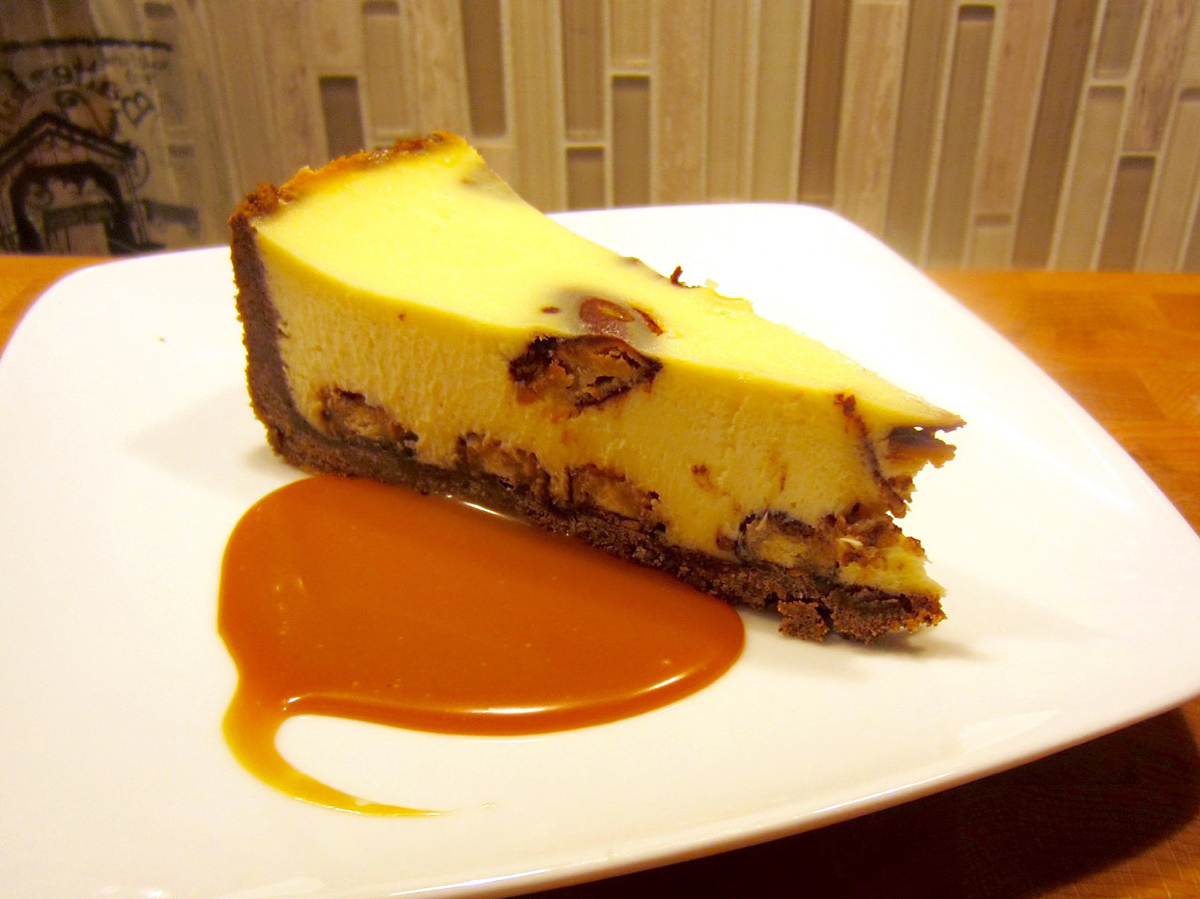 With apologies to Andy Williams, now is the most wonderful time of the year ... for it is Girl Scout cookie season.

But after plowing through several sleeves of Thin Mints, fatigue can set in. So we wondered, when you're starting to feel sick of Girl Scout cookies, is there a way to rekindle the love?

We turned to Dan Pashman, host of The Sporkful podcast at WNYC studios, for advice. His book, Eat More Better, tackles this pressing public interest matter. He suggests mixing it up — quite literally, by baking a cheesecake crafted from a mashup of cookies. His recipes for Girl Scout Unity Cheesecake and Peanut Butter Cookie Centaur are excerpted below.

Note: You might be puzzled to see some cookies listed with two names. As Pashman explains in his book, many Girl Scout cookies come with a bizarre naming convention: "They actually have two different names, depending on which of two licensed bakers is manufacturing them. (Troops decide which baker to use.)" He writes:

"One baker (ABC Bakers) uses literal names that give the eater an idea of what's inside — Caramel deLites, Peanut Butter Patties, Peanut Butter Sandwiches, Shortbreads. The other (Little Brownie Bakers) uses random words that communicate nothing — Samoas, Tagalongs, Do-si-dos, Trefoils. (It's not surprising that a company called ABC shows a greater reverence for language.)" 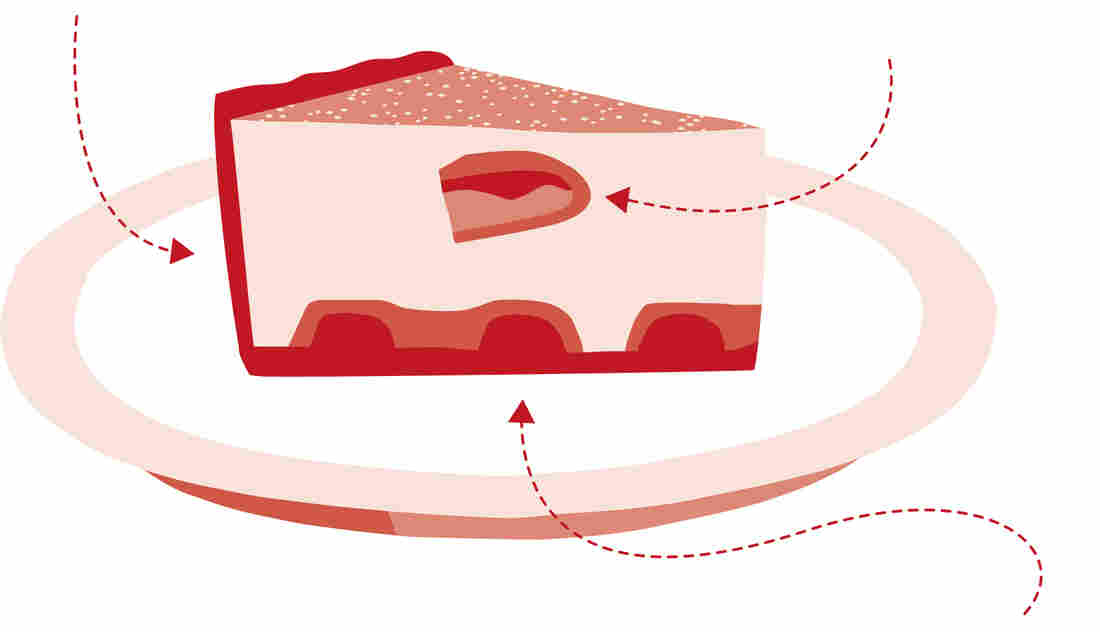 If you unify a bunch of different Girl Scout cookies in a single cheesecake, it doesn't matter what they're called. It's Girl Scout Cookie Unity Cheesecake. And it's amazing.

My friend Emily Konn of Vail Custom Cake, a passionate eater and professional pastry chef, makes the best cheesecake I've ever eaten. I asked her to create a cheesecake that uses as many types of Girl Scout cookies as possible.

Adjust oven rack to middle position and heat oven to 350 degrees Fahrenheit. Grind all cookies except Samoas in a food processor or blender, or put in a sealable plastic bag and crush with a mallet or rolling pin into a fine meal. Mix with butter by hand and press into a 10-inch springform pan. Make sure cookies are evenly distributed along the bottom and up the sides of the pan.

Bake in oven for 15 minutes. Remove from oven and immediately layer Samoas on crust so chocolate melts slightly and helps cookies stick to the crust. Let crust cool at room temperature for 15 minutes. Transfer to refrigerator and chill completely (about 1 hour).

Chef's note: This recipe accounts for at least two cookies being eaten out of each box during the cooking process.

Soften cream cheese until it's very mixable. You can even microwave it briefly on defrost until it starts to soften.

Place cream cheese and sugar in a bowl. Use a mixer on medium-high speed (with a paddle attachment if you have it) to beat the cream cheese and sugar together until cream cheese is smooth. Scrape sides of bowl. With mixer on medium speed, add eggs 1 at a time. When all eggs are added, continue to mix until thoroughly combined, about 2 minutes, scraping down the bowl twice. With mixer running on medium, gradually pour in heavy cream. Mix until just combined. (Do not overmix. If it starts to look thick like whipped cream, you overmixed.) Optional extra step: Strain it through a fine-meshed strainer to remove lumps. This gives you more margin for error if you messed up your mixing.

Pour mixture into cooled crust. Tap pan on counter to dislodge air pockets. Drop the Tagalongs evenly into the batter.

Prepare a water bath in a pan big enough to hold your cake. Crush aluminum foil together to create an S that will hold up the cake above the water level. Place cake on top of foil and make sure it's stable. Place in oven and pour water in pan just until it reaches the bottom of pan. If you go above the foil your crust will get soggy.

Bake for 15 minutes at 350 degrees, then lower temperature to 250 and continue to bake for an additional 60 to 90 minutes or until it's firm and only the center of the cheesecake looks a little wet and wobbly (but not cracking). Let stand on rack on counter for a half-hour, then refrigerate for four hours or overnight. 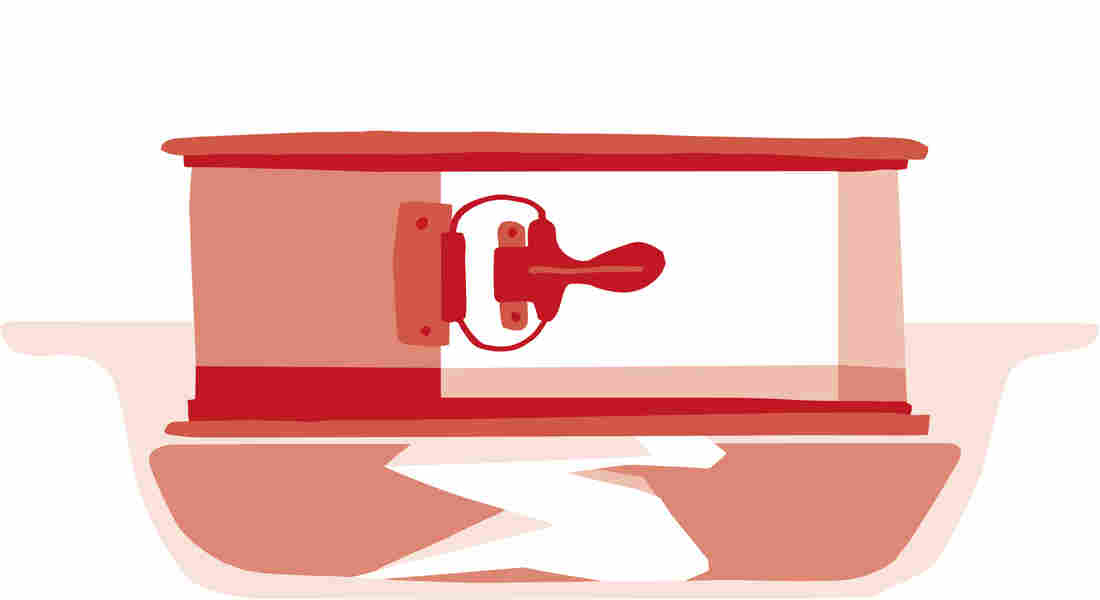 Here's a simpler way to bring Girl Scout cookies together into something new. You'll need Peanut Butter Sandwiches (aka Do-si-dos) and Peanut Butter Patties (aka Tagalongs). 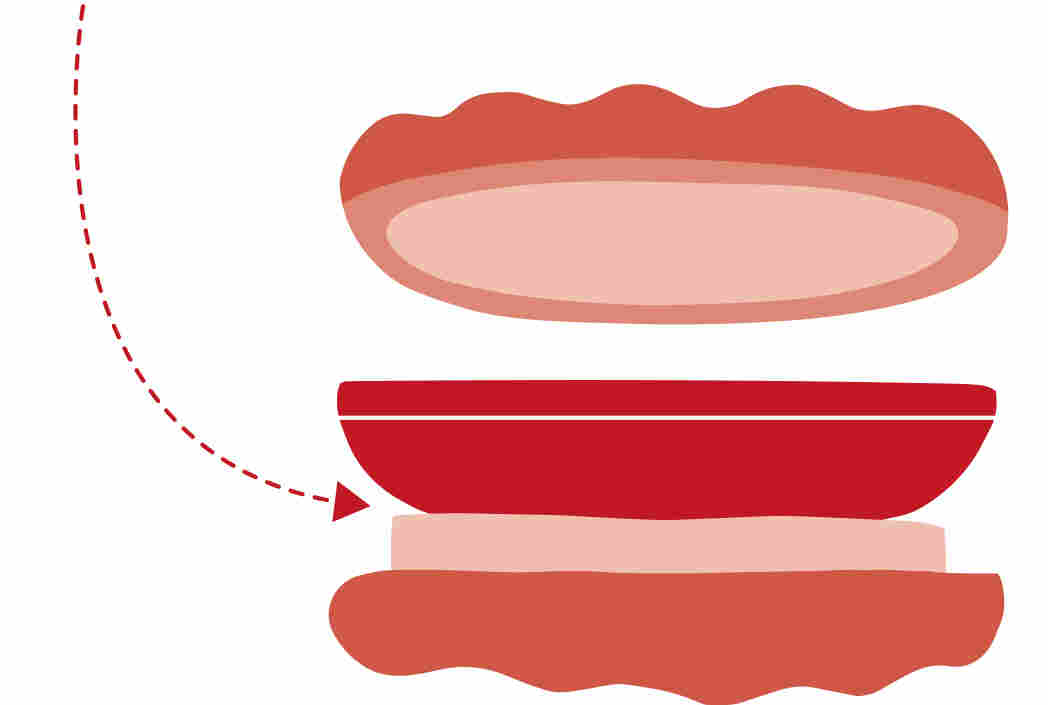