Accessibility links
Doctors In Flint, Mich., Push A Healthy Diet To Fight Lead Exposure : The Salt Even low levels of lead in children can cause learning or behavioral problems, the CDC says. But foods packed with calcium, iron and vitamin C can help reduce the absorption of lead in kids. 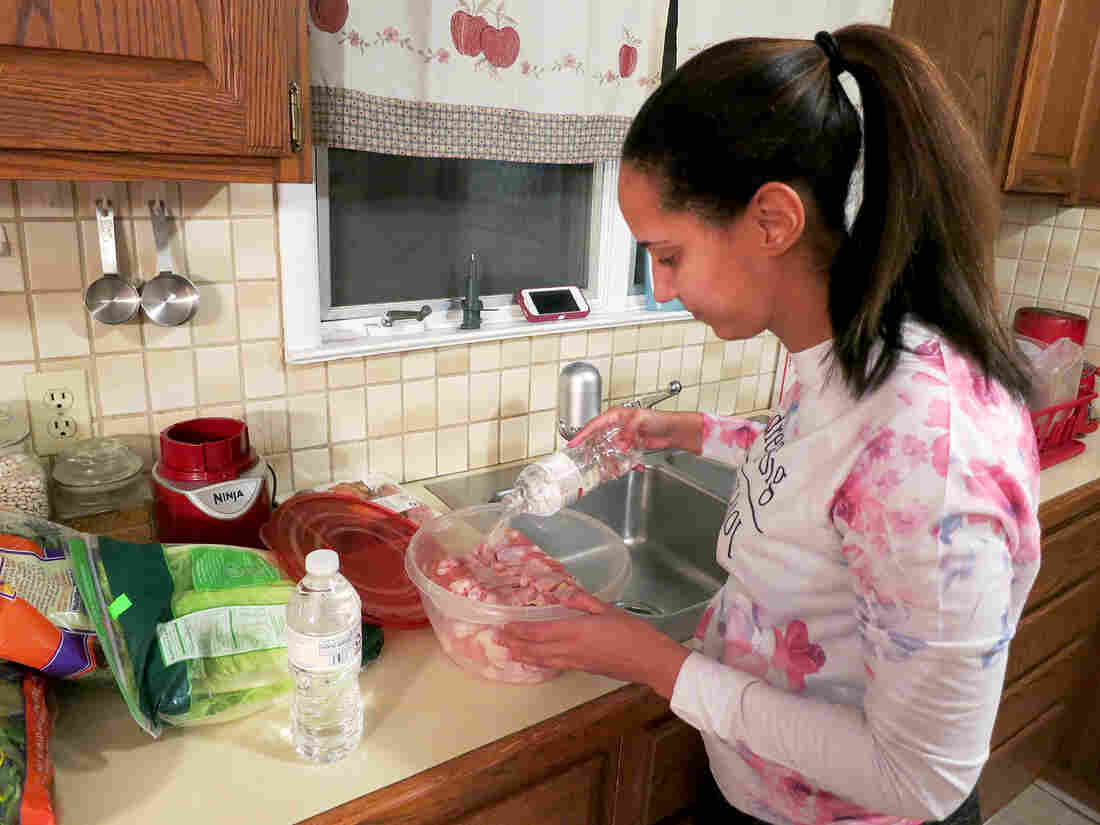 Ashara Manns says she has to plan her meals around how much bottled water she has. Rebecca Kruth for NPR hide caption 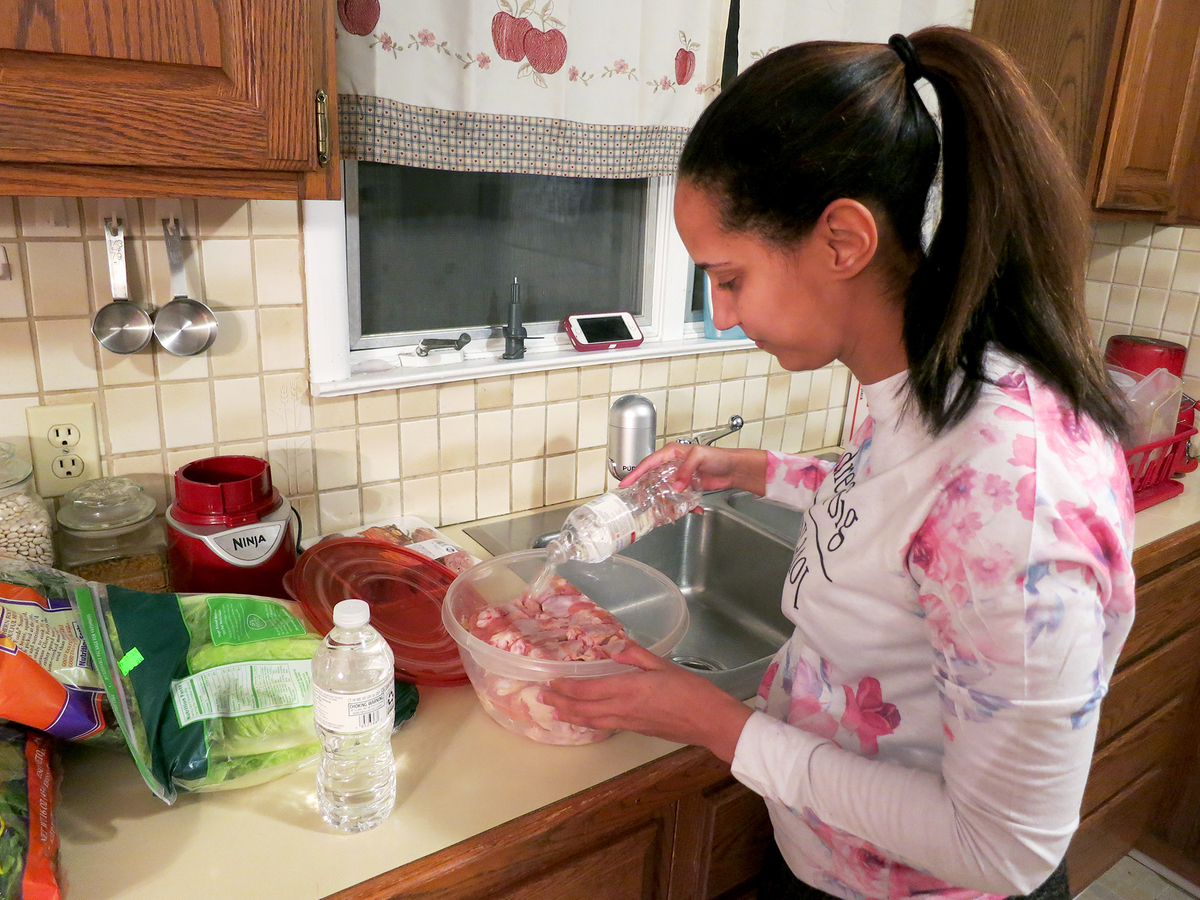 Ashara Manns says she has to plan her meals around how much bottled water she has.

A bright red tablecloth adds a pop of color to Ashara Manns' kitchen at her home in Flint, Mich.

The substitute teacher is at the stove, where she pours two bottles of water into a stockpot before dumping in big bags of mixed greens.

"Normally, I would rinse these with the running water, so hopefully they're still safe," Manns says.

Flint residents have been told not to drink or cook with the city's lead-tainted tap water, so Manns and her husband, Bennie, rely on bottled water to prepare their meals. 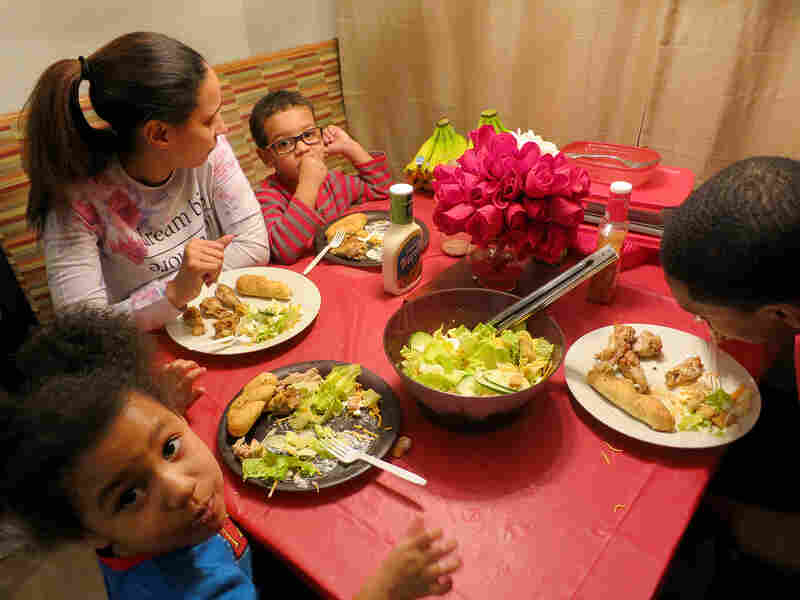 Bennie and Ashara Manns, along with their daughter, 4-year-old Jada, and Ashara's nephew, Elliott Jones, 3, gather for a healthy dinner. Rebecca Kruth for NPR hide caption 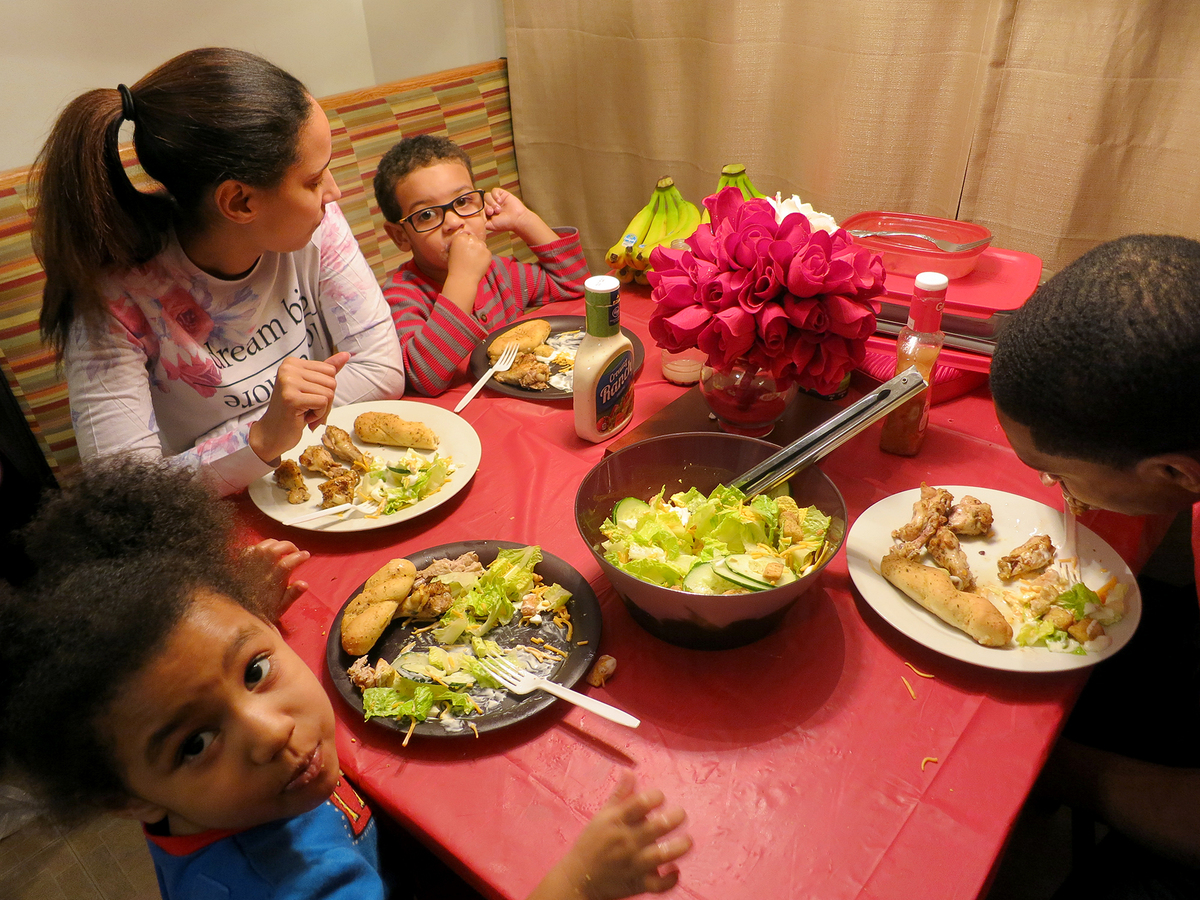 Bennie and Ashara Manns, along with their daughter, 4-year-old Jada, and Ashara's nephew, Elliott Jones, 3, gather for a healthy dinner.

"I used to just get whatever I wanted at the grocery store, but now I have to plan my meals around how much water I have or how much water I'm going to buy that week," she says.

"I don't put the sink water in my protein drinks anymore," he says.

A filter on their kitchen faucet is designed to remove lead, but Ashara Manns doesn't trust it — especially when it comes to the couple's 4-year-old daughter, Jada.

The Centers for Disease Control and Prevention considers a level of 5 micrograms of lead per deciliter of blood to be high in children, but no level of lead is considered safe. Jada's lead level recently tested at 2.5.

The CDC says even low levels can impact a child's IQ and academic performance, and the effects are irreversible.

But there is something that can help mitigate the effects of lead exposure.

"Diets high in iron, calcium or vitamin C can limit the absorption of lead in your body and promote its excretion," says Dr. Mona Hanna-Attisha, a pediatrician in Flint. It was her study that found that the percentage of children with elevated lead levels in Flint doubled after the city switched its water source.

Now Hanna-Attisha is trying to get the word out to parents that healthy eating can mitigate the effects of lead exposure.

Her employer, Hurley Medical Center, has released a cookbook of simple, kid-friendly recipes — such as a hamburger skillet made with lean beef, cheese and veggies — that help protect against lead absorption.

At the farmers market in downtown Flint, there are free cooking demonstrations where people can sample and learn how to make the recipes.

"We can't just say 'eat this.' They have to be kind of kid-tested in our community to make sure they're things that they want to eat," says Hanna-Attisha.

Ashara and Bennie Manns say eating healthy is already an important part of their lifestyle, but they worry about how much longer they'll have to get by on bottled water.

The couple say they'll keep doing what they have to in order to keep their family safe from lead — especially because they'll welcome their second child this summer.