Accessibility links
Slice The Price Of Fruits And Veggies, Save 200,000 Lives? : The Salt We know eating more produce is good for your heart. Now computer models suggest slashing its price by about a third could result in dramatically lower death rates from heart disease and stroke. 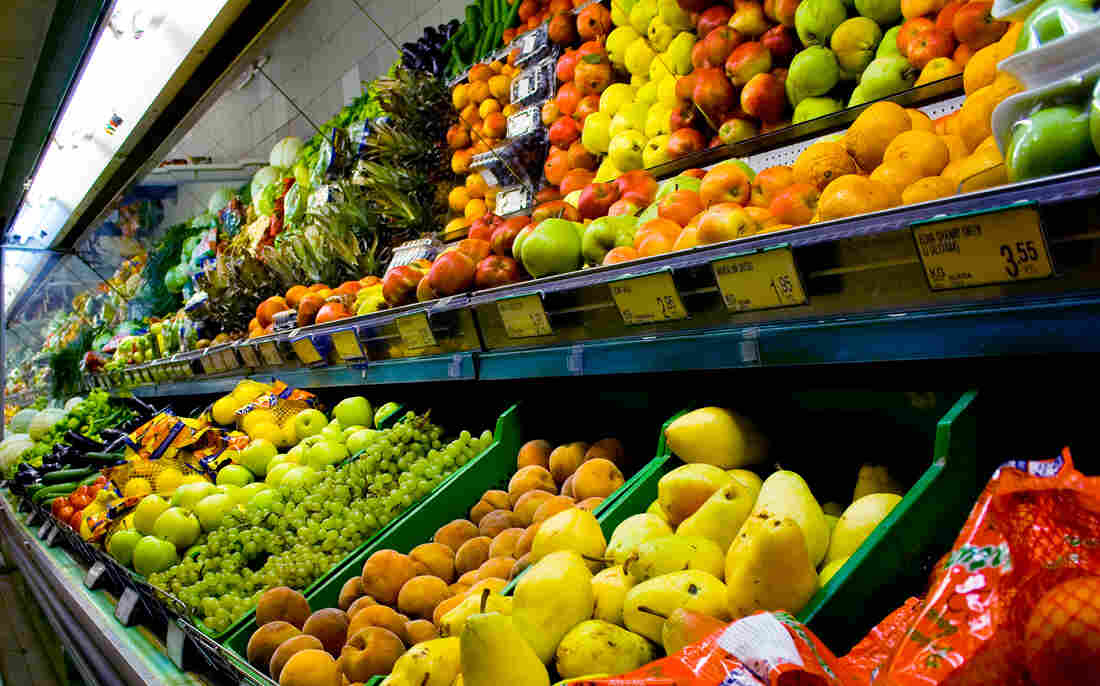 We know eating more produce is good for your heart. Now computer models suggest slashing the price by about a third could result in dramatically lower death rates from heart disease and stroke. iStockphoto hide caption 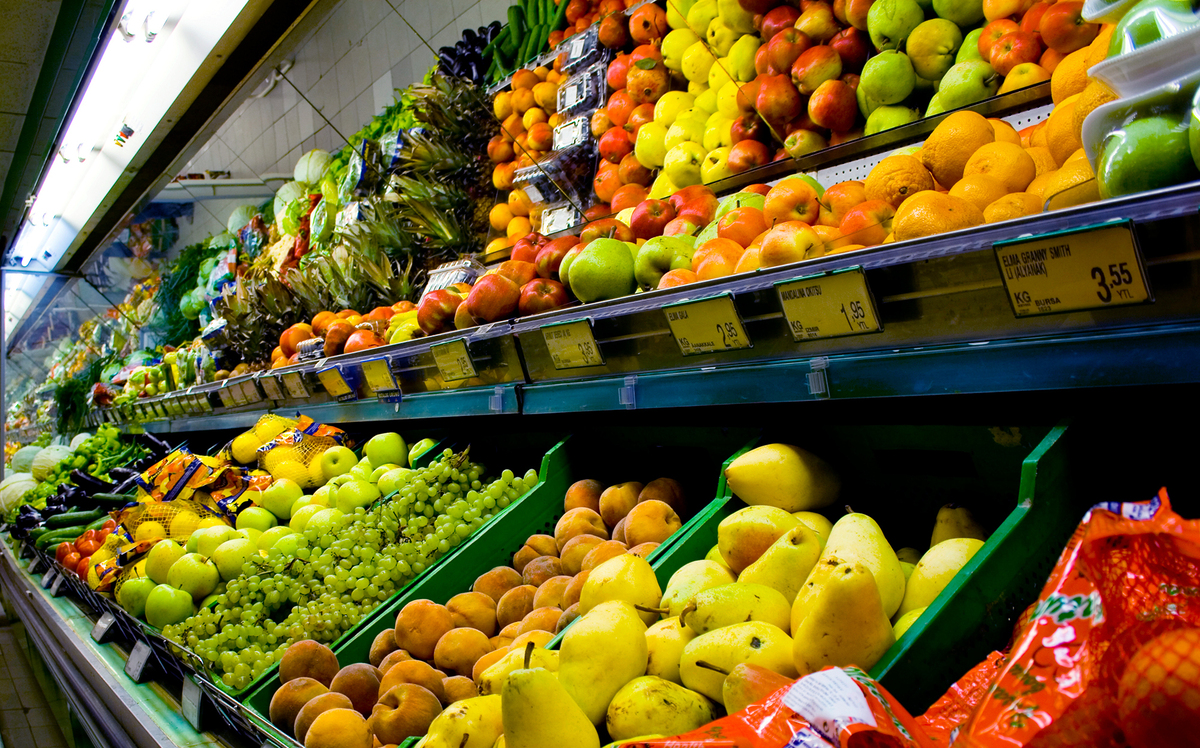 We know eating more produce is good for your heart. Now computer models suggest slashing the price by about a third could result in dramatically lower death rates from heart disease and stroke.

Lowering the price of fruits and vegetables by 30 percent can save nearly 200,000 lives over 15 years — roughly the population of Des Moines, Iowa. That's the message being touted by researchers this week at the American Heart Association's Epidemiology meeting in Phoenix.

We know eating more fruits and vegetables is good for your heart. Now computer models suggest that making that produce more affordable may actually translate into lower death rates from heart disease and stroke. And, the researchers add, lower prices are more effective at saving lives than traditional campaigns designed to encourage consumption of fruits and vegetables, like "5 A Day."

Lower prices for fruits and vegetables meant better health across the population, regardless of age, gender, race and ethnicity, lead researcher Jonathan Pearson-Stuttard, an academic clinical fellow at Imperial College in London, tells us.

Researchers from the U.K. and Tufts University created a tool called the U.S. IMPACT Food Policy Model that included projections of U.S. demographics and cardiovascular death rates to 2030. They then combined the data with current and projected fruit and vegetable intake figures. The model allowed the team to simulate the effects of different policies on eating habits.

"We were able to take a given change of price, and [determine] what that change in price does to consumption levels," says Stuttard.

"They're doing the modeling that will demonstrate how pricing affects health. The best example is what's happened to tobacco. The increase in the cost of the price of cigarettes" deterred some smokers from lighting up, which meant fewer people exposed to the health risks associated with that habit, he says.

"Another example is the price of food like sugar-sweetened beverages," Creager says. Mexico's soda tax has pushed consumption rates down. "It's too early to see outcomes yet, but we can anticipate as they consume less sugar, it will have downstream effects for weight reduction." And therefore, better health.

So far, no national studies have been done looking at how financial incentives drive healthy eating, the researchers say. But a smaller study conducted in Massachusetts between 2011-2012 mirrored the findings of the modeling done at Tufts and Imperial College.

The U.S. Doesn't Have Enough Of The Vegetables We're Supposed To Eat

That previous study — the Healthy Incentives Pilot — tested financial incentives for SNAP recipients that were designed to encourage more consumption of fruits and vegetables. Under the program, some SNAP participants received an extra 30 cents for every dollar of SNAP benefits — but could spend the extra money only on targeted fruits and vegetables.

"We did indeed find the incentive worked: Participants purchased more and consumed more fruits and vegetables than SNAP participants that were not receiving the incentive," says Susan Bartlett, principal associate at Abt Associates, a public policy consulting firm that worked on the study.

The findings presented this week don't identify which specific policies should be tweaked to bring the price of produce down. But Dariush Mozaffarian, a cardiologist, epidemiologist and dean of the Friedman School of Nutrition Science and Policy at Tufts University, has some suggestions.

"At state or national levels, general subsidies could be implemented at the farm or wholesaler level," Mozaffarian tells us via email. "Grocery store bonus cards could also be a mechanism for providing lower prices."

Elizabeth Pivonka, president of Produce for Better Health Foundation, a nonprofit working to increase fruit and vegetable consumption, says it isn't necessarily about moving crop subsidies from corn and soybean to broccoli and oranges. It may be more about the USDA simply putting its money where its mouth is.

Produce for Better Health's 2015 GAP Analysis report looked at USDA spending on subsidy programs, promotional programs, research education and more and found that it didn't match with its own dietary guideline recommendations — which encourage Americans to eat more fruits and vegetables and less meat and dairy.

"The government doesn't put as much funding into fruits and vegetables," says Pivonka. Instead, it spends "six times more on the protein group," she says, citing findings from her group's 2015 report.

Bartlett says a better strategy would be a policy that directly relates to the people who are making the purchases.

"Reducing prices for the people at the market is a promising strategy, and making it available to the population you're trying to encourage," says Bartlett.

The end goal, says the American Heart Association's Creager, is to encourage policymakers to have "these conversations about what can be done in communities that will make healthy foods more accessible and more affordable for people, so they'll be encouraged to consume a healthy diet."