Accessibility links
The SNAP Gap: Benefits Aren't Enough To Keep Many Recipients Fed : The Salt About 23 million American households rely on SNAP, formerly known as food stamps. But nearly one-third of them still have to visit a food pantry to keep themselves fed, according to USDA data. 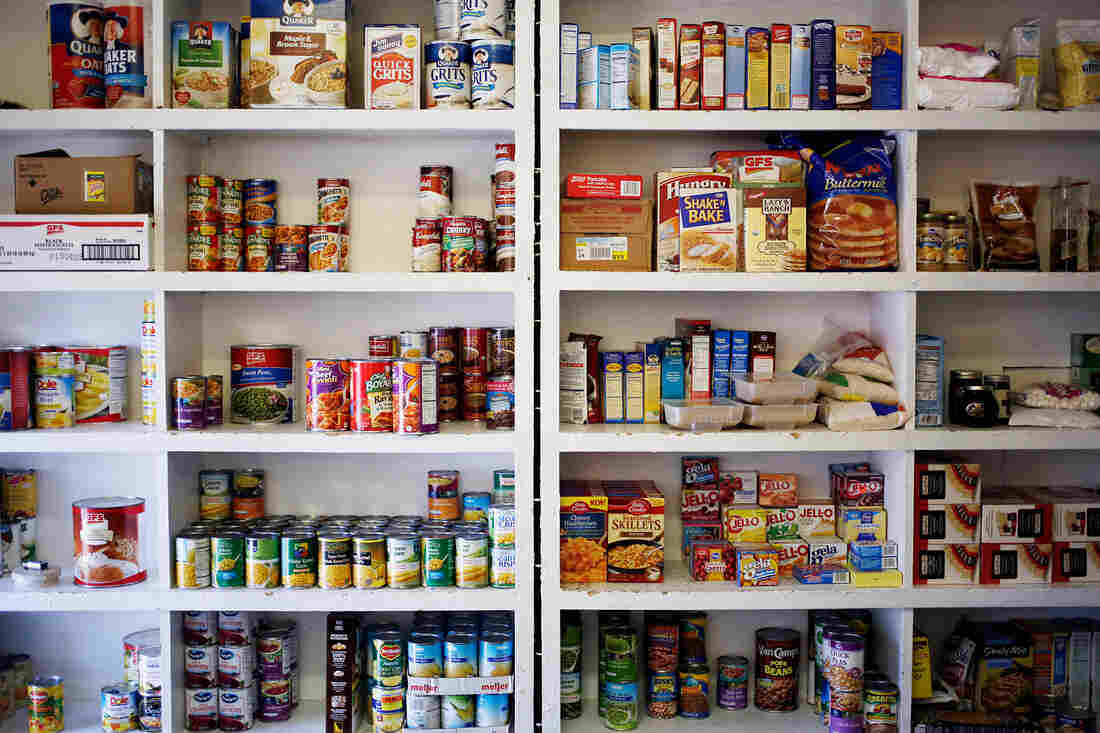 Nearly one-third of households on SNAP, formerly known as food stamps, still have to visit a food pantry to keep themselves fed, according to USDA data. Luke Sharrett/Bloomberg via Getty Images hide caption 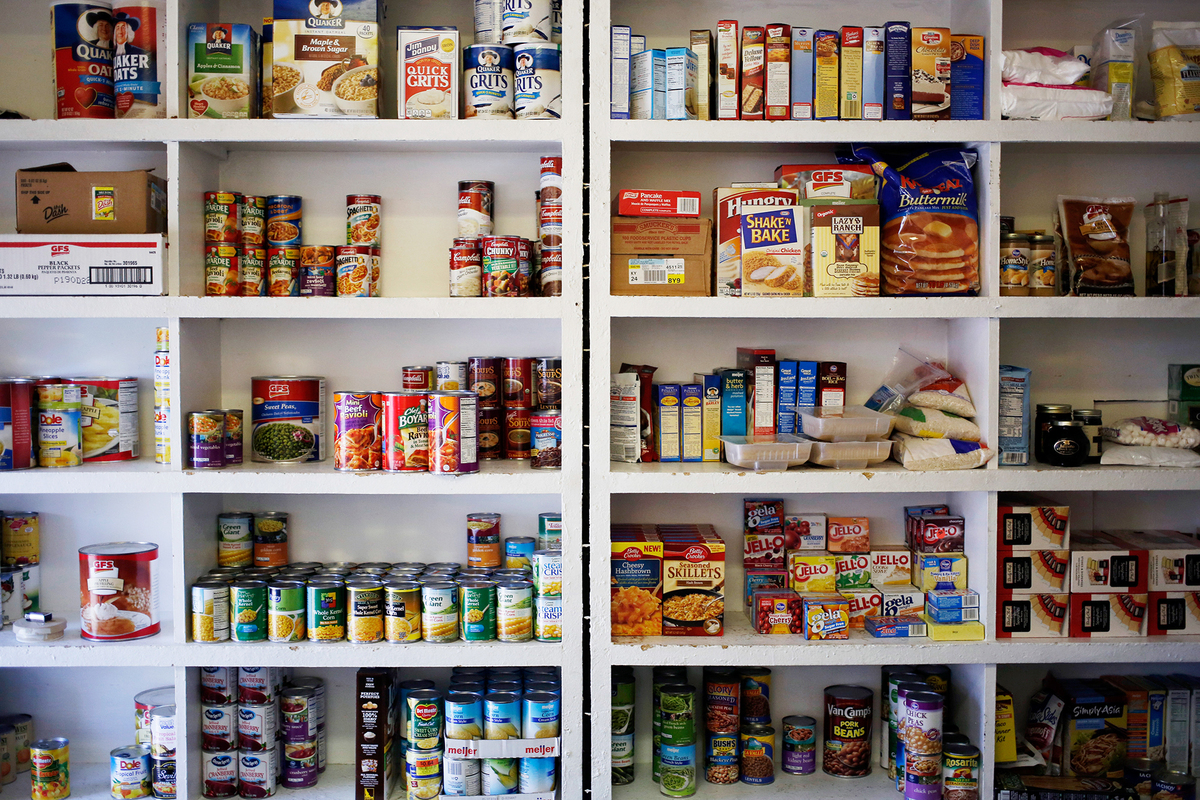 Nearly one-third of households on SNAP, formerly known as food stamps, still have to visit a food pantry to keep themselves fed, according to USDA data.

Nearly one-third of households on SNAP, formerly known as food stamps, still have to visit a food pantry to keep themselves fed, according to data highlighted this week by the U.S. Department of Agriculture.

"Generally, we believe that people aren't going to go to pantries if they don't need the food," says Alisha Coleman-Jensen, an economist at the USDA's Economic Research Service and a specialist in food insecurity. "I think you can read into [the new data] that SNAP benefits aren't going far enough to cover all of their food expenses."

That lines up with other research suggesting that SNAP benefits rarely sustain families throughout an entire month. A 2013 qualitative study of 3,300 SNAP households by the USDA's Food and Nutrition Service found that "SNAP households experience ... financial strain that is eased but not alleviated by participation in the SNAP program."

Indeed, that study found that many SNAP clients — about 45 percent — limited food consumption, usually by skipping meals, to make it through the month. Other research has shown that hospital admissions for hypoglycemia —low blood sugar, a condition that can be treated with a healthful diet — spike by 27 percent for low-income households during that last week of the month, while high-income households show no similar trend.

A forthcoming study from University of Pennsylvania researchers bears out this shortfall in cold dollars and cents. Spending among 700 SNAP customers in Chester, Pa., dropped by 72 percent between the first week of the month and the last, says Eliza Whiteman, one of the study's authors. And while Whiteman cautions that the study sample was small, making extrapolation dicey, she wonders whether making SNAP distribution more frequent — biweekly or weekly, for example, rather than monthly — might "smooth out" the gaps in people's diets.

Are You Hungry? Pediatricians Add A New Question During Checkups

Still, the core finding seemed to echo what Coleman-Jensen at USDA found. "It definitely points at the potential that SNAP benefits aren't sufficient," says Whiteman.

Tracie McMillan is the author of The American Way of Eating, a New York Times best-seller, and a senior fellow at the Schuster Institute for Investigative Journalism at Brandeis University. You can follow her on Twitter @tmmcmillan.