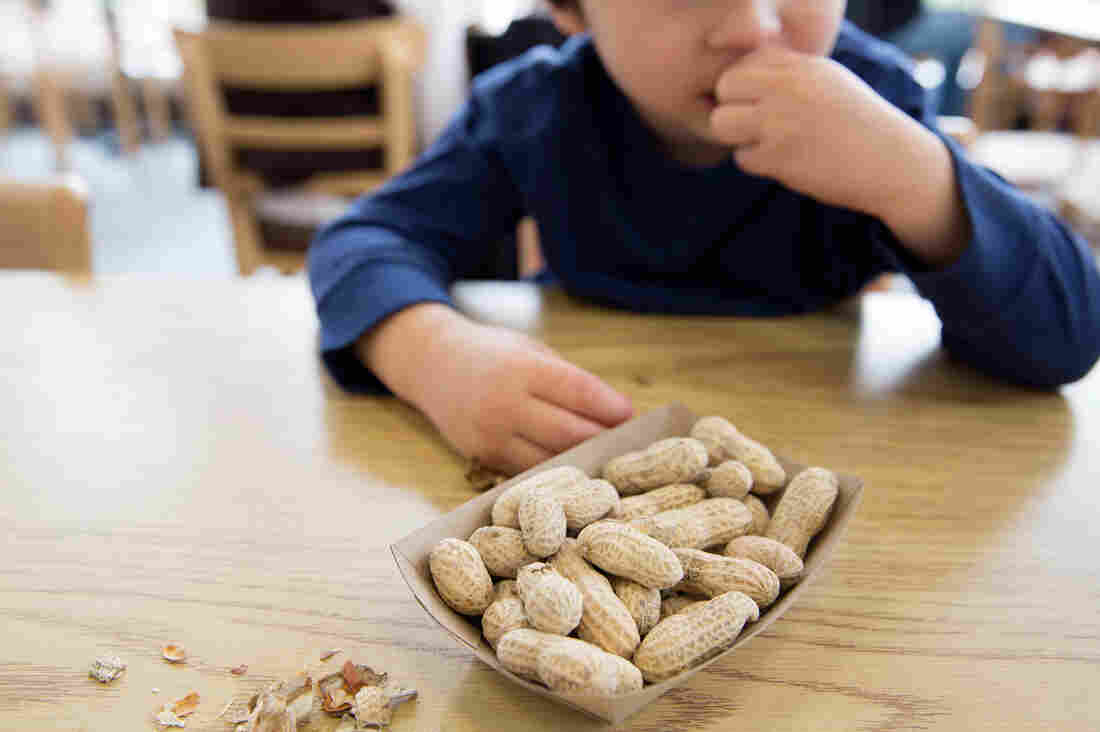 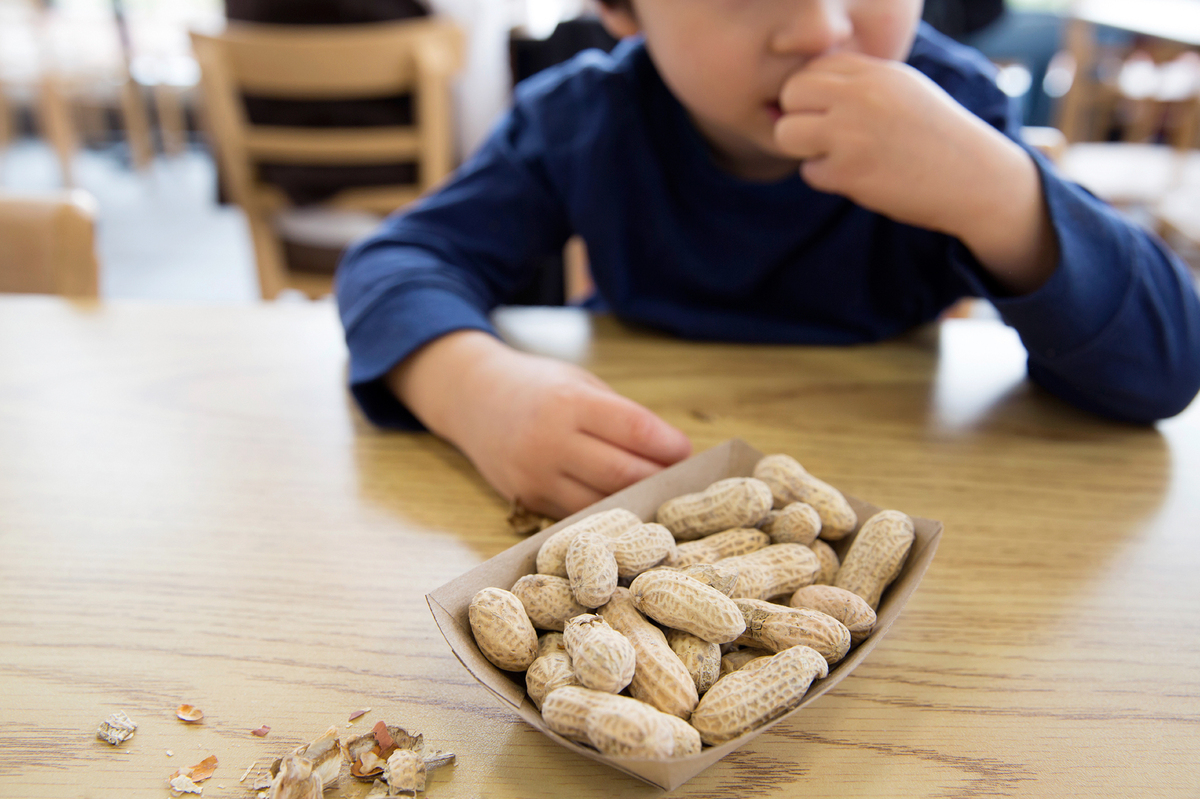 A second big study affirms new thinking: Exposing high-risk kids to peanuts beginning in infancy greatly reduces the chance of developing a peanut allergy. And this peanut tolerance holds up as kids get older.

Parenting can be an angst-ridden journey.

And one bump along the road is that horrible feeling that comes over you when you see your baby break out in hives after eating a particular food – say, peanuts — for the first time. (One of my three kids gave me that kind of scare.)

The concern is real. Between 1997 and 2008, the incidence of peanut and tree nut allergies nearly tripled, according to one published study.

Now, there's a growing consensus about how to prevent peanut allergies in kids who are at high risk. This includes children with a strong family history of food allergies and those with eczema.

Last year, a landmark study published in the New England Journal of Medicine found that high-risk babies who were fed a soupy, peanut-butter mush (starting between 4 and 11 months of age) were about 80 percent less likely to develop a peanut allergy by age 5, compared with kids who were not exposed.

"Giving peanuts very early on actually protected them from developing a peanut allergy," says Anthony Fauci, director of the National Institute of Allergy and Infectious Diseases.

Previously, parents of high-risk kids had been advised to delay the introduction of peanuts.

Now, a new follow-up study involving the same group of children adds to the evidence that, contrary to previous advice, early exposure can be beneficial.

Researchers followed the kids for one additional year. The kids were between 5 and 6 years old during this follow-up period. It turned out, these high-risk kids' tolerance to peanuts held up even if they stopped eating peanuts.

"A 12-month period of peanut avoidance was not associated with an increase in the prevalence of peanut allergy," the authors write in the paper.

This is an important finding, because it wasn't known whether the kids would need to maintain regular weekly consumption of peanuts in order to stave off developing an allergy.

"This new study is great because ... it looks like the benefit [of early exposure] is essentially permanent," says Scott Sicherer, a pediatric immunologist and allergy specialist at Mount Sinai Hospital. Immunologists will continue to study this.

Sicherer has helped develop new interim guidance based on the emerging evidence of the benefits of early, rather than delayed, introduction of peanut.

"There is now scientific evidence that health care providers should recommend introducing peanut-containing products into the diets of "high-risk" infants early on in life (between 4 and 11 months of age)," the consensus guidance states.

But that doesn't mean all parents should just rush in with the peanut mush. The guidance recommends that "infants with eczema or egg allergy in the first 4 to 6 months of life might benefit from evaluation by an allergist" — before they're introduced to peanut-based foods.

The evidence from the two studies together represents an important step forward in immunology, says Anthony Fauci. "It's a very important proof of concept," Fauci says.

And he says it's possible that early exposure will turn out to be a successful strategy to prevent other allergies as well.