Accessibility links
From Ugly To Hip: Misfit Fruits And Veggies Coming To Whole Foods : The Salt Lots of tasty and nutritious produce ends up in landfills because it fails to meet retail beauty standards. Now, Whole Foods and Giant Eagle say they're ready to pilot sales of these wonky edibles. 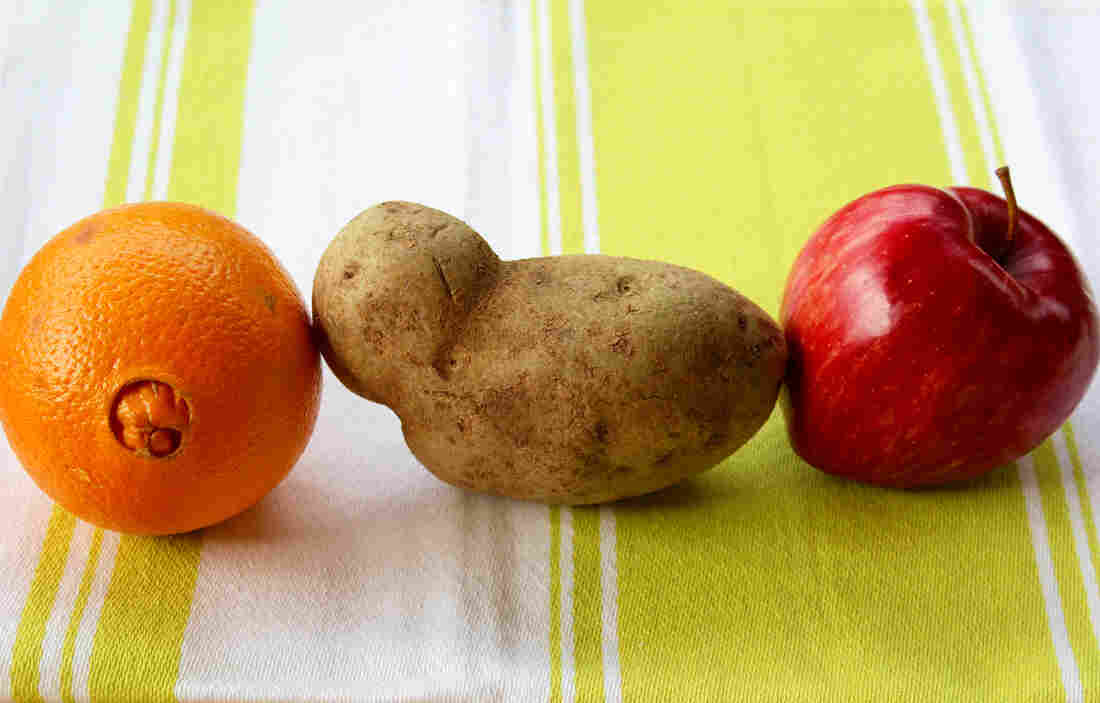 Less-than-perfect fruit and vegetables are sold at a discount under the new Produce with Personality program being piloted at five Giant Eagle stores in Pittsburgh. Courtesy of Giant Eagle hide caption 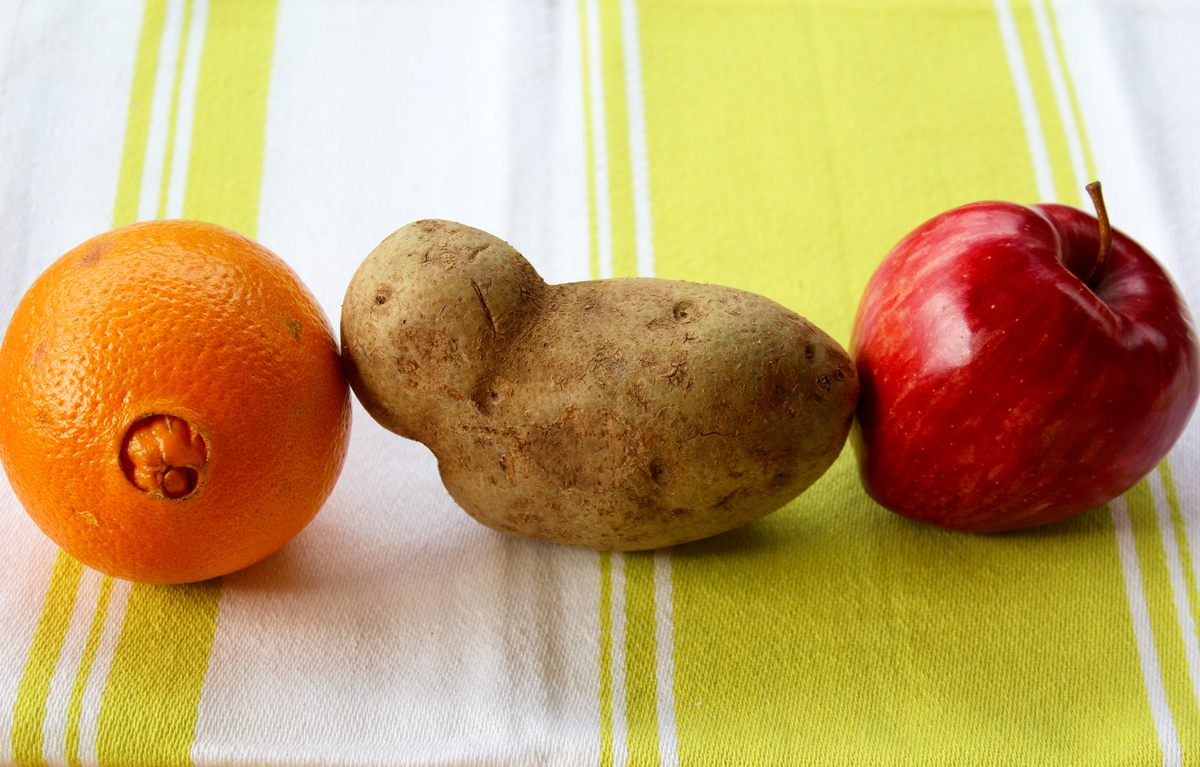 Less-than-perfect fruit and vegetables are sold at a discount under the new Produce with Personality program being piloted at five Giant Eagle stores in Pittsburgh.

They may not be pretty, but they're still perfectly tasty and nutritious. And there are lots of efforts to keep these cosmetically challenged foods (think gnarled carrots, or funky, misshapen apples) from landing in the landfill because they don't meet retailers' beauty standards.

As awareness of massive food waste grows (we toss out enough food to fill 44 skyscrapers each year), two major retailers now say they're ready to experiment with sales of less-than-perfect produce that may otherwise be wasted.

Whole Foods has announced a deal with Imperfect Produce to test sales of funky fruits and vegetables in a handful of stores in Northern California beginning in April. This announcement comes after a Change.org petition called upon the retailer to take up the ugly banner.

"We are still in the very early stages of the conversation," says a Whole Foods spokesperson. The chain already has an in-store composting program. In addition, Whole Foods currently buys less cosmetically appealing produce for prepared foods, juice and smoothie bars.

But this "potential partnership" with Imperfect represents a new commitment. "We continue to explore new ways to move toward zero waste," the spokesperson told us.

The founders of Imperfect Produce announced their first big deal with West Coast food retailer Raley's last year. But this partnership fizzled out. Now, they're playing up the new pilot program with Whole Foods.

"We can't think of a better partner to launch this with," Ben Simon of Imperfect told us. "The ugly produce trend has taken off across the world, and our fingers are crossed that U.S. consumers will be just as excited," says Simon.

One example: the hugely successful campaign by the French supermarket chain Intermarche, which boosted sales — and buzz — with its Inglorious fruits and vegetables campaign.

In France, shoppers weren't only drawn to the idea of reducing waste. There's another perk of buying imperfect produce: savings.

The discounted pricing may attract the attention of shoppers at Giant Eagle grocery stores. The more than 420-store chain, headquartered in Pennsylvania, has also announced a new initiative for unbeauteous fruit and vegetables packaged under the Produce with Personality label.

A 4-pound bag of blemished navel oranges currently costs $2.99 a bag. The conventional version sells for $4.99 a bag.

Giant Eagle launched its initiative a few weeks ago in five of its Pittsburgh-area stores. The chain is not partnering with Imperfect Produce.

Instead, "we are simply using the services of a local firm to help us sort through product received from suppliers," explains Donovan. Then, they separate out pieces of produce that are cosmetically imperfect.

"Whether you call them surplus, excess, seconds or just plain ugly, these are fruits and vegetables that may face rejection because they're not considered perfect-looking," Donovan says. "But it's the taste that matters."