Accessibility links
Waffle House Has Been Releasing Music Through Its Own Record Label For 30 Years : The Salt The yellow-roofed chain diners, ubiquitous in the South, don't just serve up comfort food. Jukeboxes inside play tunes like "There Are Raisins in My Toast" — courtesy of Waffle Records. No joke. 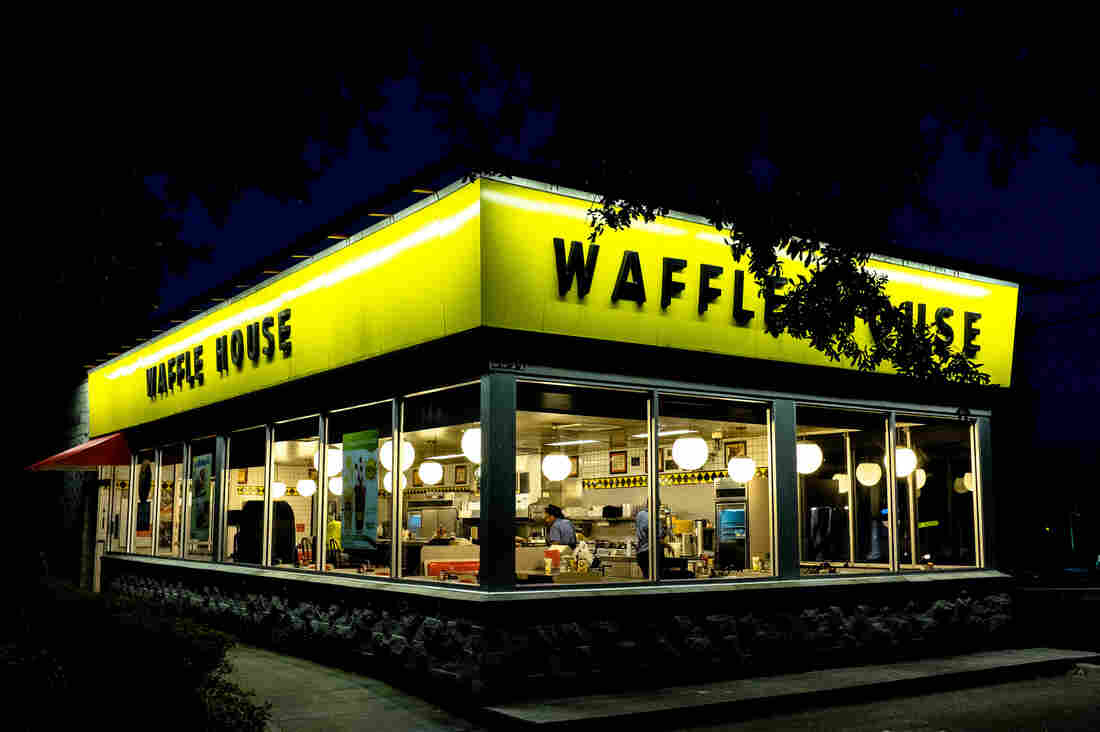 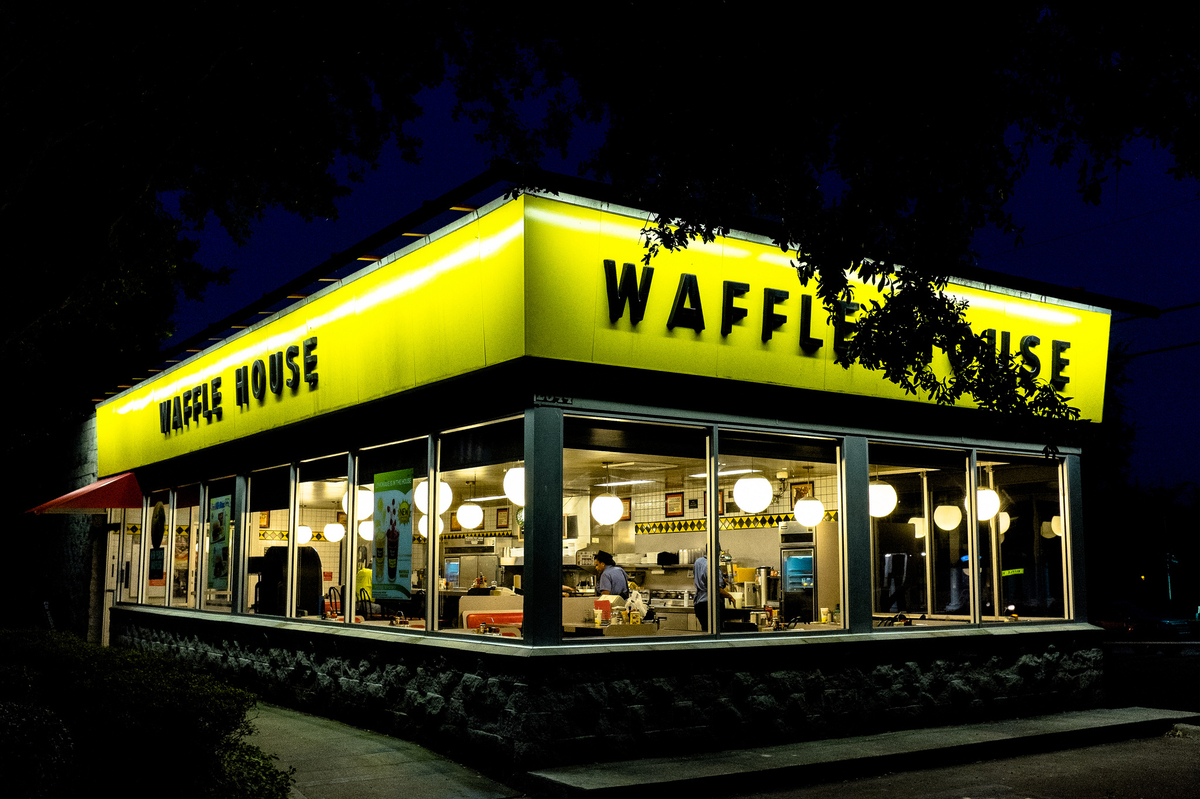 If you drive down any interstate in the South, you can't miss the giant black-and-yellow signs beckoning: Waffle House.

These ubiquitous, yellow-roofed chain restaurants have been serving up not just waffles but all manner of Southern comfort foods 'round the clock for more than 60 years.

And for the past 30 years or so, Waffle House has also been working on a side project: making music.

"There Are Raisins in My Toast" is one of about 40 songs that Waffle House has released since the mid-1980s on its own record label — called Waffle Records, of course. 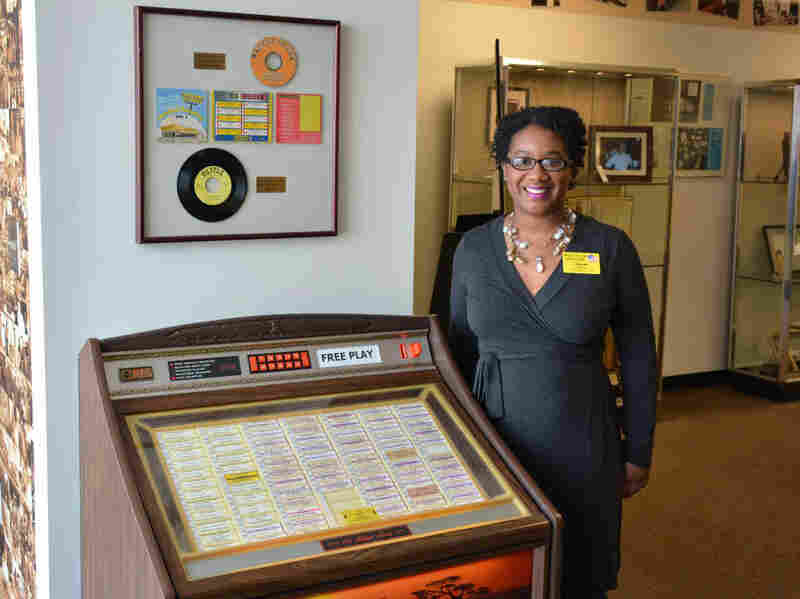 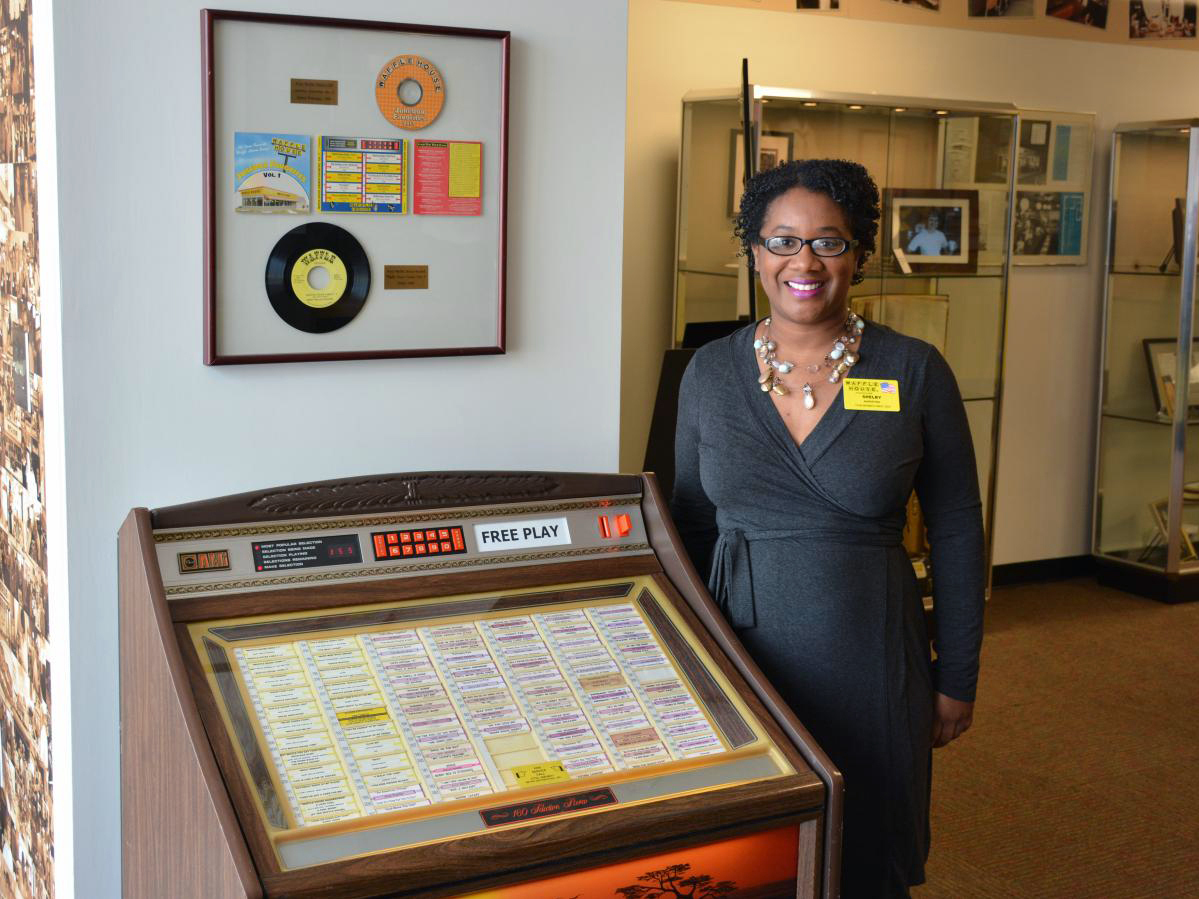 These songs are more like mood music than commercials, says Shelby White, who heads Waffle Records.

And the Waffle House oeuvre encompasses a broad range of styles.

'They're Cooking Up My Order' by Alfreda Gerald © 2006 WH Capital

'Saturday Night At My Place' by Gary Garcia © 1995 Waffle Music

" 'Saturday Night at My Place,' one of my favorites," says Jerry Buckner, who produced that track and several others for Waffle Records. 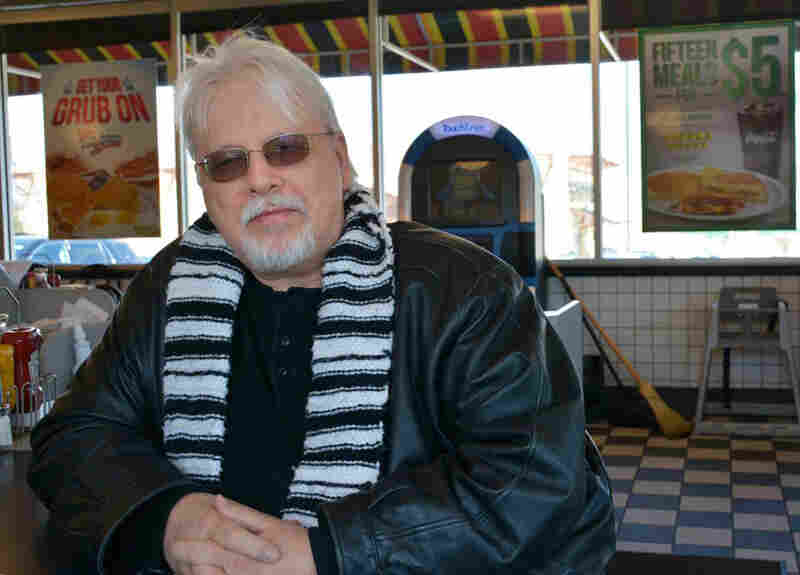 The idea to make Waffle House-inspired music first came from Waffle House co-founder Joe Rogers Sr. in the 1980s. He had high standards for the work, Buckner says. "If it sounded too much like a commercial, it got the ax."

Back then, if a song made the cut, Buckner said, it would be recorded and pressed on vinyl 45s, which would then make their way to Waffle House jukeboxes — which played a range of popular music, as well as the house-made tunes.

Of course, these days, the process is digital and much easier. Buckner says he's looking to produce new songs with Waffle House.

But I wondered: Are customers actually tuning in?

I spent a few hours in a Waffle House in Atlanta one recent Saturday morning, and nobody played any of the Waffle Records songs. So, I decided to broaden my search.

At another Waffle House in Atlanta, none of the top 100 jukebox plays were Waffle Records songs. I finally found a chart-topper at my fifth restaurant: "There Are Raisins in My Toast" was listed in the mid-60s.

So, the songs aren't all that popular. By Waffle House's count, they only got 1 percent of all plays last year.

But Shelby White, the head of Waffle Records, says she's happy with that figure.

"We're not trying to get played on the radio. If anyone wants to play it, that's great, but it's all about inside the restaurant. So every time it plays one time, that's just one more time that we're extending the [Waffle House] experience," White said.

White wouldn't say how much Waffle House spends on Waffle Records, and she said the return on investment is hard to pin down.

Their most recent song is called "Color Me Gone." And — like most other Waffle Records — it's unlikely to be a big hit. Then again, maybe the very curiosity of its existence makes it worth a listen.

Color Me Gone from Waffle House on Vimeo.