Accessibility links
Researchers Develop A New Technique For Analyzing Marijuana Edibles : The Salt Too much THC can land a person in the hospital. But testing pastries and candies made with marijuana can gum up lab equipment. One group of scientists thinks they've got a solution.

How Potent Is That Pot Brownie? Dry Ice And A Blender Might Crack The Case

How Potent Is That Pot Brownie? Dry Ice And A Blender Might Crack The Case 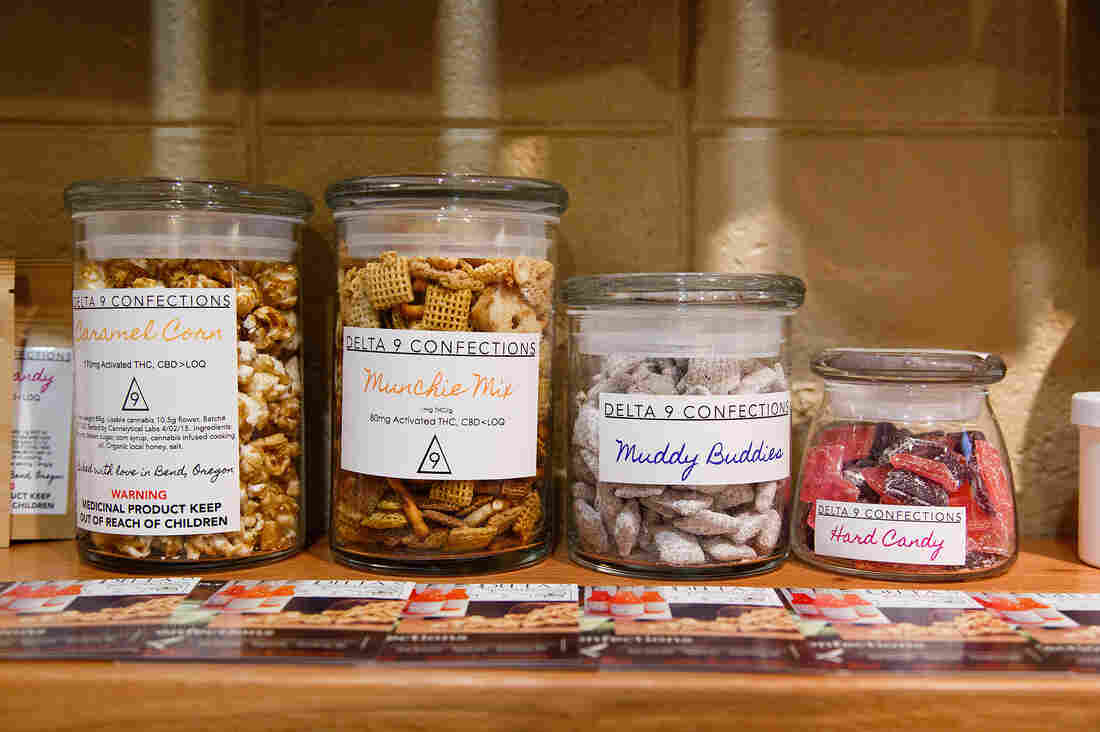 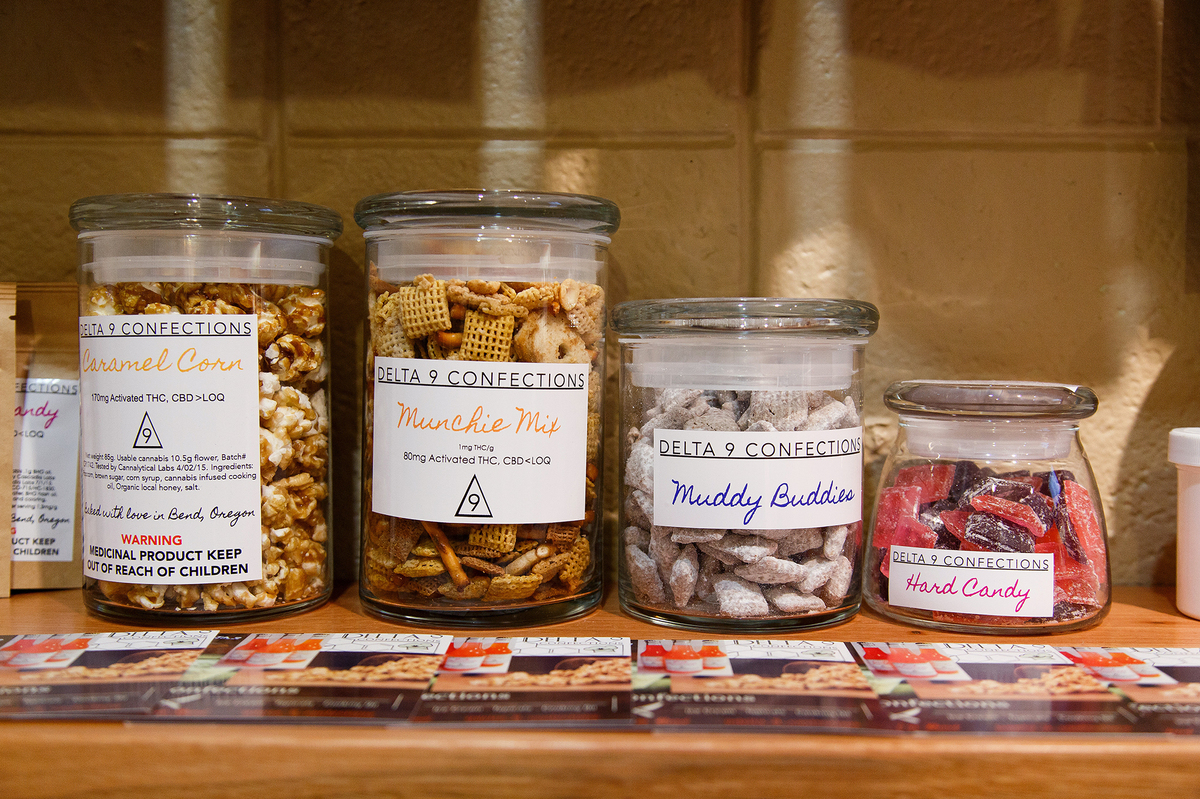 Different types of THC-infused confections are left on display at Amazon Organics, a pot dispensary in Eugene, Ore.

Pot-infused edibles are big sellers in states that have legalized marijuana. The problem is, it's been tough to measure and regulate the potency of these ganja-laced gummy bears, lollies and brownies.

Studies have found that many edible marijuana products in the market contain lower or higher concentrations of psychoactive THC and other cannabinoids than advertised.

And that's bad news for consumers. Treats with too-little THC may fail to help patients who are prescribed the drug for debilitating conditions like chronic pain, and leave recreational users feeling cheated. And too much THC can cause anxiety and nausea, trigger psychotic episodes and land people in the emergency room.

While state officials and independent testing labs are making a big effort to regulate the quality of edibles, these products aren't so easy to study. Pastries and candies made with marijuana also contain sugars and fats that can gum up lab equipment. And often, the THC is not evenly distributed throughout the food, so testers can't be sure they've got accurate results without studying large amounts of the product — which can be time consuming.

At the American Chemical Society conference on Tuesday, one group of scientists presented what they think is a better way to test pot edibles. "Essentially, what we're recommending is to take the cannabis product and freeze-dry it with dry ice or liquid nitrogen," says Jahan Marcu, a senior scientist at the advocacy group Americans for Safe Access who helped develop the new technique.

The next step, Marcu says, is to mix the freeze-dried candy or brownie with diatomaceous earth — an abrasive, silica-based powder that's sometimes used to keep snails out of gardens — and pulverize it all together in a high-tech blender, to create a smooth, homogeneous sample.

"A great way to ruin your $250,000 piece of lab equipment is to put some sugary, sticky substance into it," he says. Desiccating and grinding such substances into a powder makes them much easier to work with, he says. "So then we can cleanly extract the cannabinoids from the products and analyze them using the normal methods." 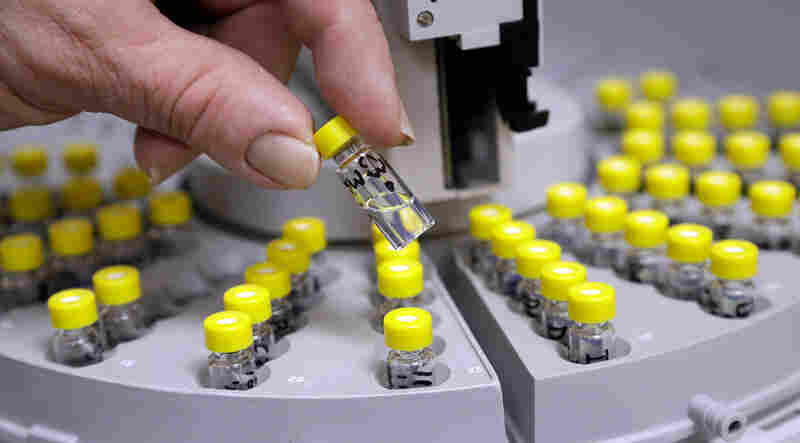 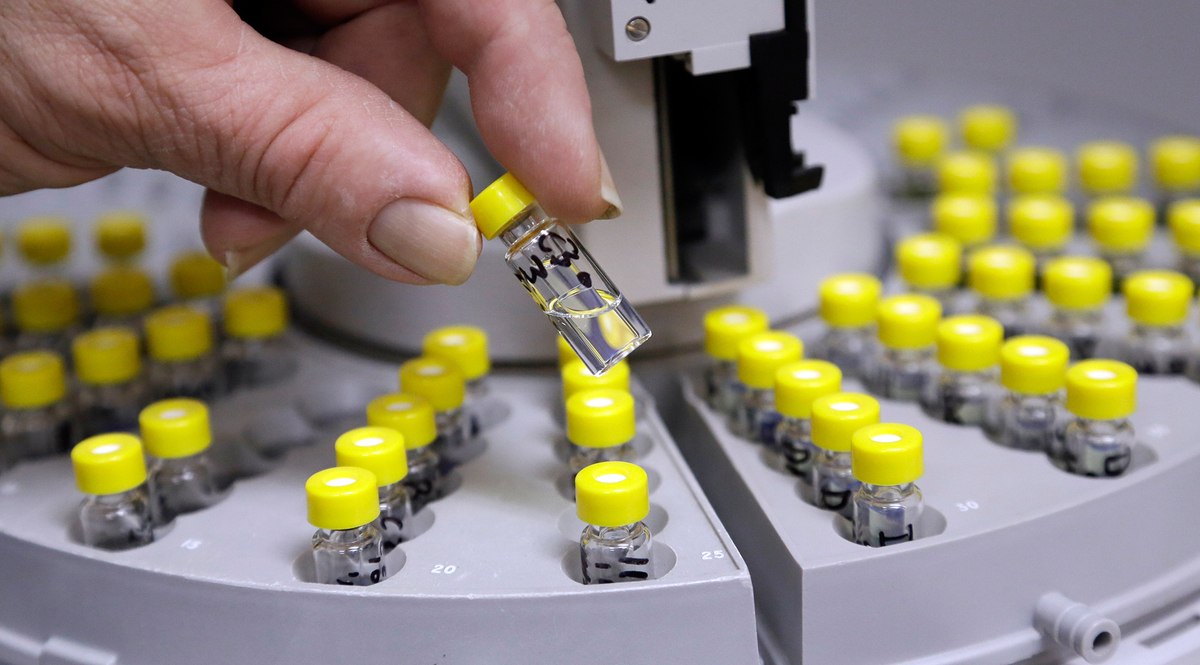 Testers can use smaller samples of the homogenized product to get an accurate read — and this stuff won't mess with lab equipment.

Marcu says with some finessing, this technique could someday serve as a standard that state agencies and private labs can use for all marijuana-infused products.

It's a good start, says Brian Thomas, a pharmacologist and chemist at the private research institute RTI International. But Thomas, who was not involved in the recent research, says that a universal test for all marijuana edibles may be a pipe dream.

Going forward, it may be a good idea for government authorities — or for manufacturers themselves — to limit the number of edibles in the market, Thomas says, especially since the inactive ingredients in an edible can affect how our bodies process marijuana. "Say you've got a pot brownie with a given concentration of THC. Depending on whether it's made with vegetable oil or butter, your body will absorb the THC in that brownie much faster or much slower," Thomas says.

Especially for patients who take marijuana for pain-relief or seizures, paring down the options to a few, standardized edible formulations is a good idea, says Ryan Vandrey, an associate professor of psychiatry at Johns Hopkins University who studies the psychological effects of marijuana.

"If we were talking about blood-pressure medicine, we never expect patients to go to the pharmacy and not know what they were getting — that would be completely inappropriate," he says.

Researchers — and manufacturers of marijuana products — should keep pushing to develop better ways to test edibles and control their quality, Vandrey says.

"Think about it. Even if people are just using these products for recreation, the current state of affairs is a problem," Vandrey notes. "You don't go buy a six pack and expect each can of beer to have a different, unknown amount of alcohol."