Accessibility links
Pultizer-Winning Food Critic Shows Of LA's Food Scene In New Documentarty : The Salt Pulitzer Prize-winner Jonathan Gold is as much a culinary anthropologist and cultural philosopher as he is a food critic. A new documentary follows him across Los Angeles.

You wouldn't expect a Pulitzer Prize-winning food critic to take you to the sort of place that's wedged between a 99-cent store and a boarded-up meat market.

But that's exactly where I sat down for lunch with Jonathan Gold — at a downtown Los Angeles eatery called El Parian.

"Are you all OK with goat?" he asks. "We should all get half-orders of the birria — which is basically like a roast goat stew. But if somebody would rather have carne asada — well, I will judge, but I won't judge much," he says with a laugh. (Read his review of the restaurant's birria here.) 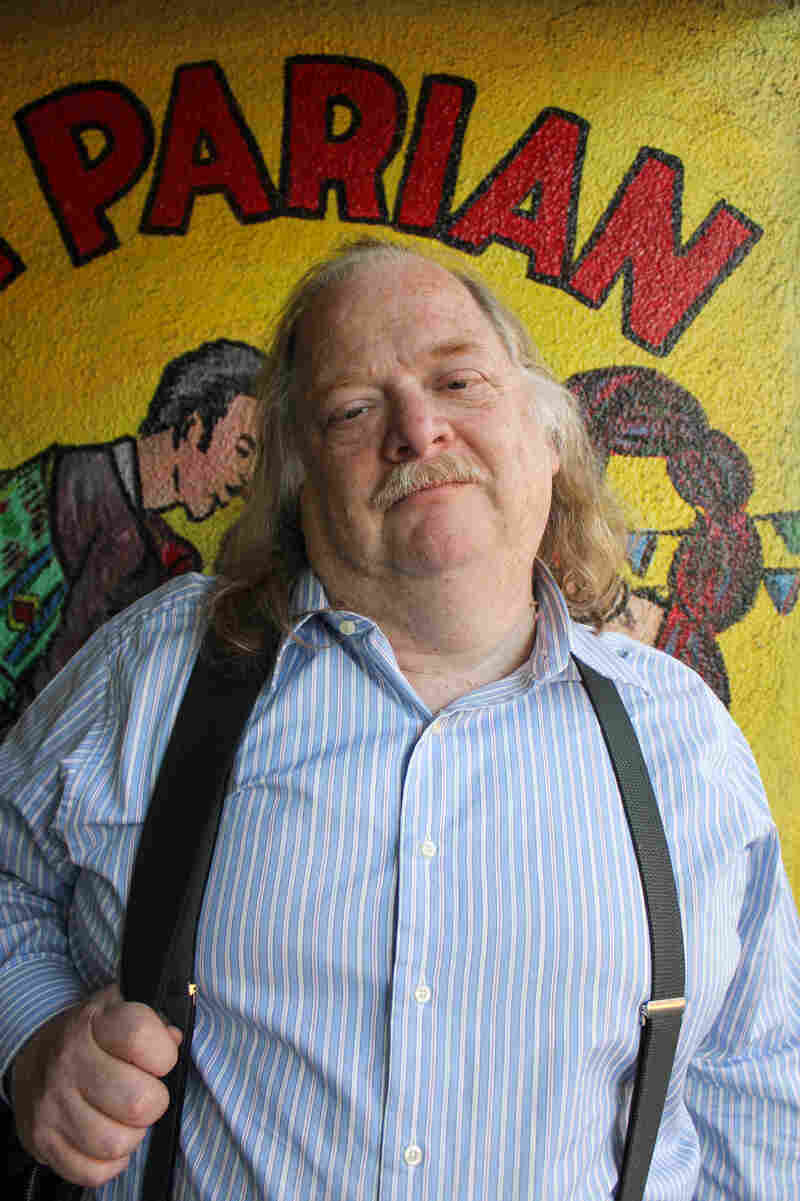 In the restaurant world, Jonathan Gold is a heavy-hitter. Get a good review from Gold ... and you've struck gold.

But he isn't all about chic fine dining or Michelin Stars. He's hungry for the unfamiliar, undiscovered microcosms of culture and community.

That insatiable appetite is at the heart of the new documentary City of Gold. Its director, Laura Gabbert, who also joined us for lunch, says she learned to love LA by reading Gold. "He gets you out of your comfort zone, into new neighborhoods, looking for new adventures," she says.

As Gold sees it, there are Chinatowns and Little Italys all over America. But what's different about LA is that many of the immigrants who open up restaurants here are cooking to feed — and please — only themselves and their communities. It's what Gold calls an "anti-melting pot."

That is not to say he loves everything. In the documentary, he points out a Taiwanese place he's been to many times — though he's pretty emphatic about not liking the food there. 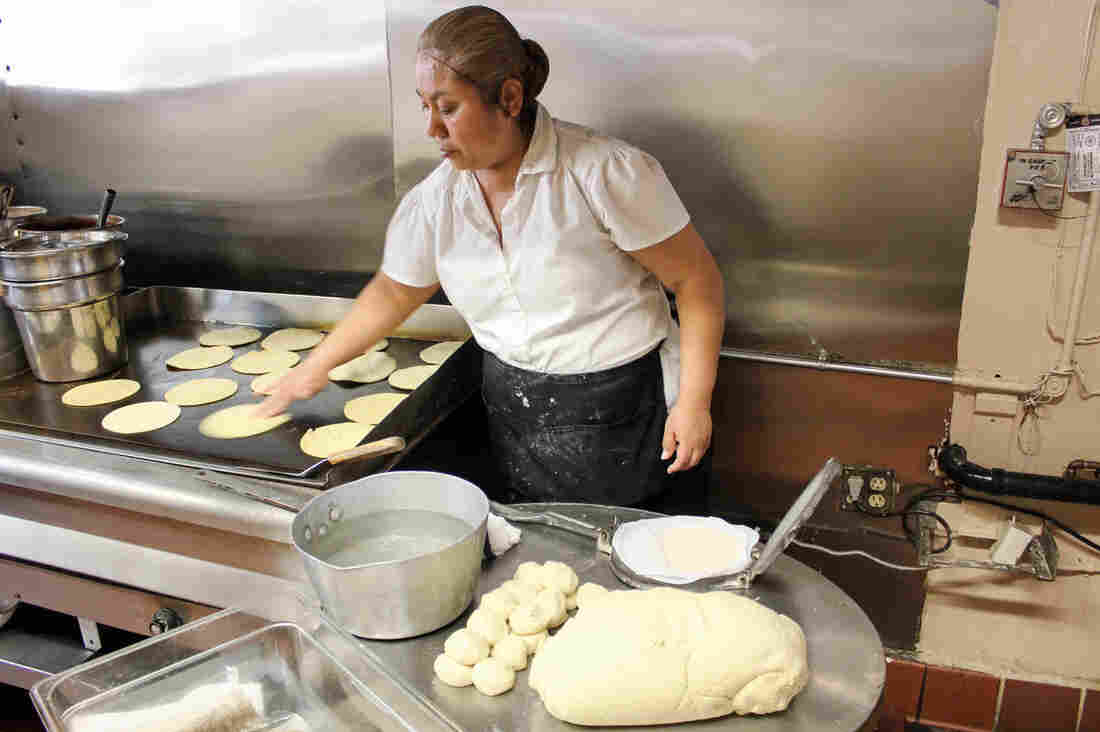 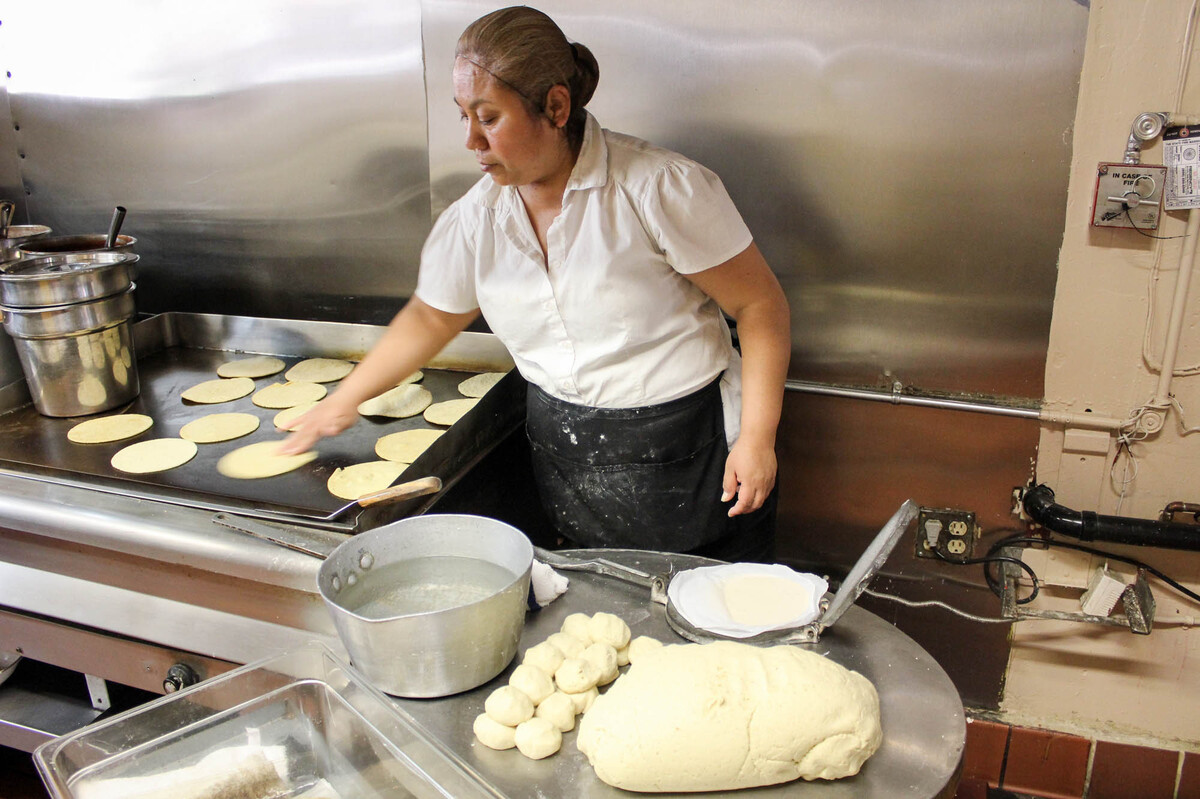 The tortillas at one of Gold's favorite restaurants — El Parian — are handmade, and heavenly.

"The first time I went there, I was appalled by my lunch," he tells me. "It was my first encounter with bitter melon which, if you haven't had it, it's almost like one of nature's cruel jokes. There's this really piercing bitterness, not bitter like coffee or chocolate, but like cancer medicine."

He goes on: "There were soups with this sort of gelatinized texture, there was vague, unappetizing to me smokiness, there was what I usually translate as stinky tofu — which is tofu that's been fermented and it smells like a particularly foul dumpster on a summer day." 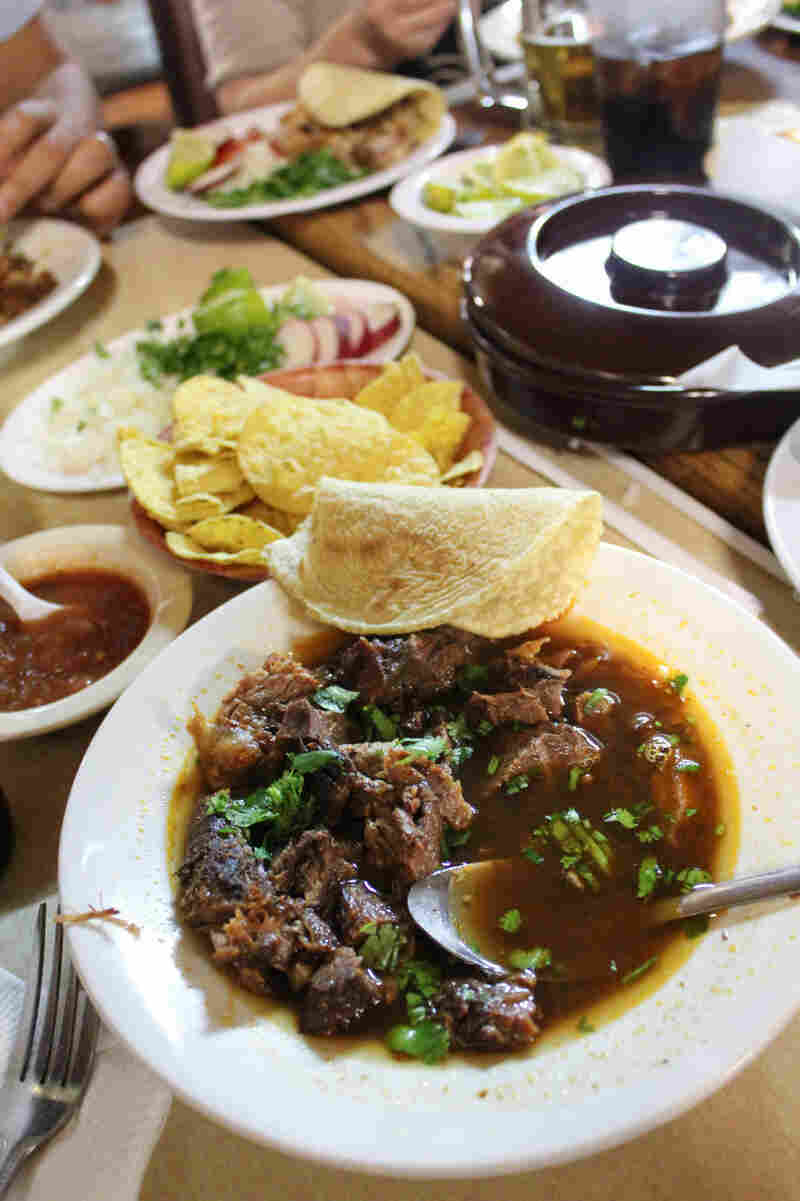 So why'd he keep going back?

"Because I'd look around, the restaurant was crowded, and people were really happy," he says. "And I realized that the food wasn't like this because they were bad cooks."

It was just that the food there wasn't what he was used to eating. "By the time I went back 16 or 17 times, I still didn't love it, but I felt that I understood it, and I understood the context in which it was being served. And I think in a lot of ways, that's more valuable than if I'd just gone in there and made cheap jokes at the expense of the food or I'd given it a bad review because I thought it was bad."

That sort of methodical, contemplative philosophy is why even in this age of crowd-sourced reviewing, Jonathan Gold's writing has never gone stale.

Check out El Parian's Yelp page before dining there and you'll know the birria is "to die for" as one amateur reviewer put it.

But nothing truly conveyed what finally landed on our table: Bowls of steaming rich goat broth, tender mounds of shredded pork and steak charred to perfection.

For a few minutes, eating replaced talking entirely. And while it did, the tune from the backroom jukebox, the soccer match on TV, the gentle hum of fans on a hot day brought to life something Gold had shared earlier that day:

"As much as you would from a novel or a painting or an opera or movie, you can go to a restaurant, and eat a meal, and look at the people around you and smell the smells, and taste the flavors and learn something about the world that has a lot to do with what's on your plate."