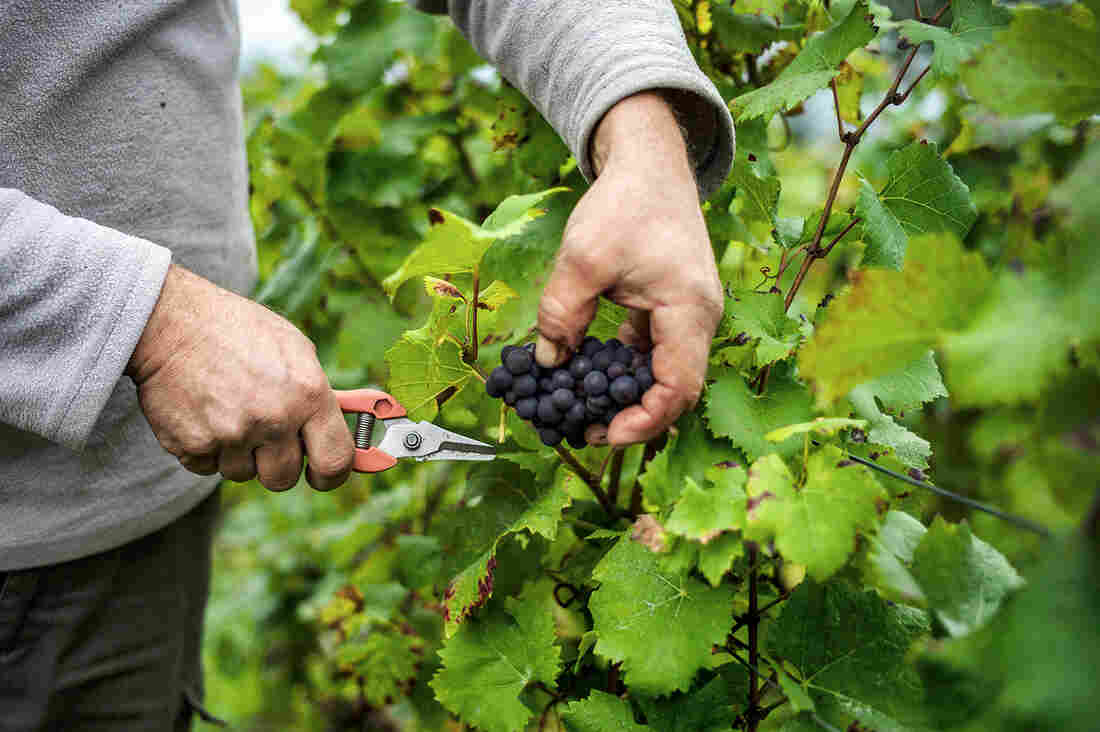 A worker cuts a cluster of grapes in the Burgundy region of France during the harvest period. Global warming has made conditions historically associated with great wines more frequent in Bordeaux and Burgundy, a study finds. But things look less bright for California vineyards. Jeff Pachoud/AFP/Getty Images hide caption 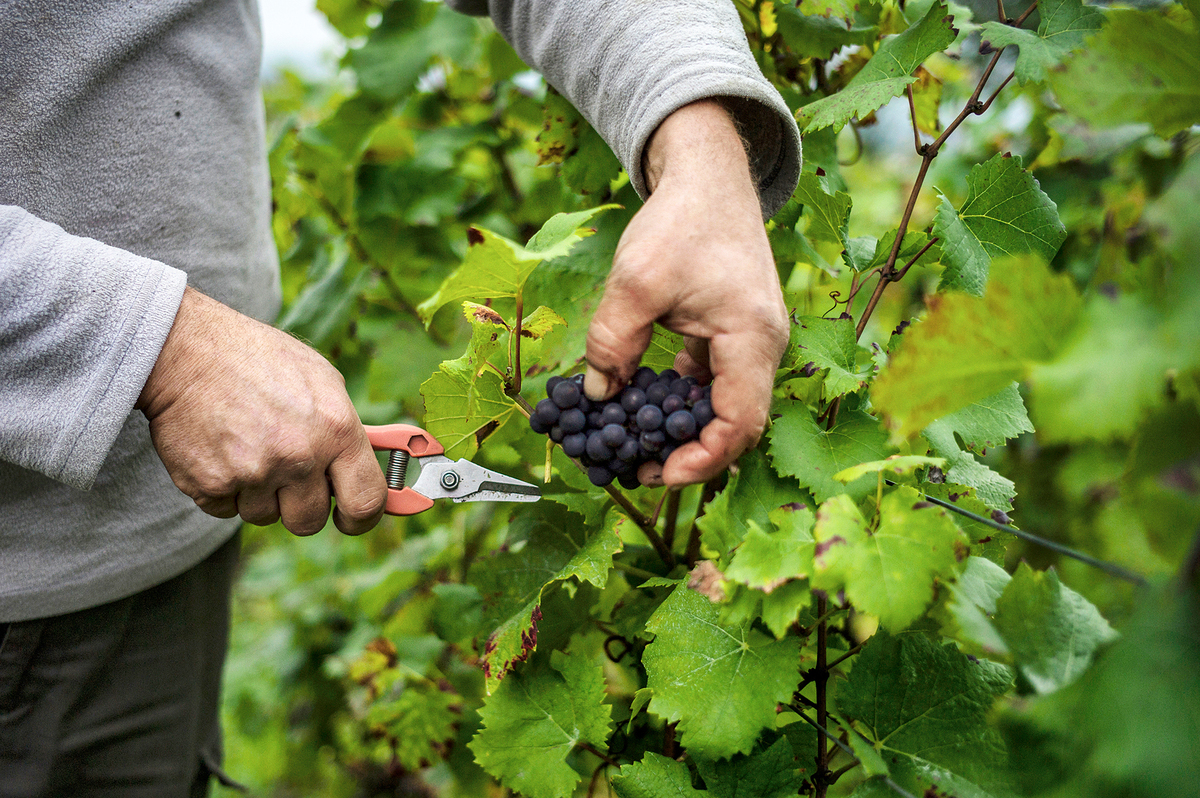 A worker cuts a cluster of grapes in the Burgundy region of France during the harvest period. Global warming has made conditions historically associated with great wines more frequent in Bordeaux and Burgundy, a study finds. But things look less bright for California vineyards.

While climate change threatens coastal cities and generates extreme weather, the effects of global warming could bring good news to some of France's most esteemed vineyards.

Here, the conditions needed to produce early-ripening fruit, which is historically associated with highly rated wines, have become more frequent, according to research published online Monday in the journal Nature Climate Change.

"Before 1980, you basically needed a drought to generate the heat to get a really early harvest," says the study's co-author, Benjamin Cook, a climate scientist with NASA's Goddard Institute for Space Studies in New York City. "But since 1980, it's been so warm because of climate change that you can get the hot summers and really early harvests without needing a drought."

In other words, human-induced warming has become so pronounced that even drenching summer rains cannot always absorb, and reduce, the heat that helps ripening grapes develop sugars, acids and tannins.

Overall, this has meant earlier-than-average harvests, more frequently. That's potentially a good thing for winemakers in the Bordeaux and Burgundy regions, where Cook and his co-author, Harvard University's Elizabeth M. Wolkovich, focused their research.

"There is a very clear signal that the earlier the harvest, the much more likely that you're going to have high-quality wines," Cook says.

But Cook says the traditional reasoning that hotter weather, and an earlier harvest, means better wine may only hold true to a point. He notes that in 2003 an extremely dry, warm growing season preceded one of France's earliest harvests on record. Grape growers were harvesting their fruit in mid- to late-August — several weeks earlier than usual.

"But the wine quality was kind of middling," Cook says. "That suggests that after a certain point, it could just get to be so warm, and the harvest so early, that you move into a situation where the old rules no longer apply."

In fact, other research has predicted that global warming could redraw the entire global winemaking map. A paper published in 2013 in the journal Proceedings of the National Academy of Sciences warned that grape growers may need to move their vineyards to higher latitudes and higher elevations to beat the heat of global warming.

But Lee Hannah, a co-author of that study, says the results of his work don't necessarily conflict with the results of Cook's research. The differing results are a result of the global, rather than localized, view that he and his colleagues took in gathering their data and running their climate models, says Hannah, who is a University of California, Santa Barbara-based climate change biologist with Conservation International.

Hannah says warming trends will almost certainly force winemakers to make adjustments to how they operate.

"But the devil is in the details for each particular region in how that exactly plays out, and there may be winners and losers," Hannah says. "In Europe, things could be more moderate than what our model suggested, and possibly in California, things will be more extreme."

In California, Hannah notes, escalating temperatures have come in tandem with drought, whereas in Europe, as Cook's study found, drought and temperature have become decoupled. For California winemakers, this could mean extreme conditions that make regions known for fine wine, like Napa and Sonoma counties, too hot to produce premium wines in the future.

"People have been very worried about what this latest drought could mean for wine production in California," Hannah says.

Gregory Jones, a professor of environmental science and policy at Southern Oregon University, tells us that the climate trends observed in Cook's study, which Jones helped review, could make California winemakers more dependent on irrigation.

Cook, too, believes some facets of winemaking will need to change from place to place as the planet warms.

But the point of his and Wolkovich's study, he says, was partly to provide winemakers with information that could help them adapt to warmer future conditions, rather than flee from them.

"At the end of the day, people are still going to want to grow wine in Bordeaux in the future," Cook says. "So, we wanted to get more information about what is happening here [due to climate change], so that people could use that information. Winemakers do not need to be complete slaves to what the environment does."