Accessibility links
Is It OK When A Chef Cooks Other People's Food? The Rick Bayless Question : The Salt Rick Bayless is a master of Mexican fare. He's also a white guy from Oklahoma. Over the years, that's made him the target of criticism. Who gets to be the ambassador of a cuisine? 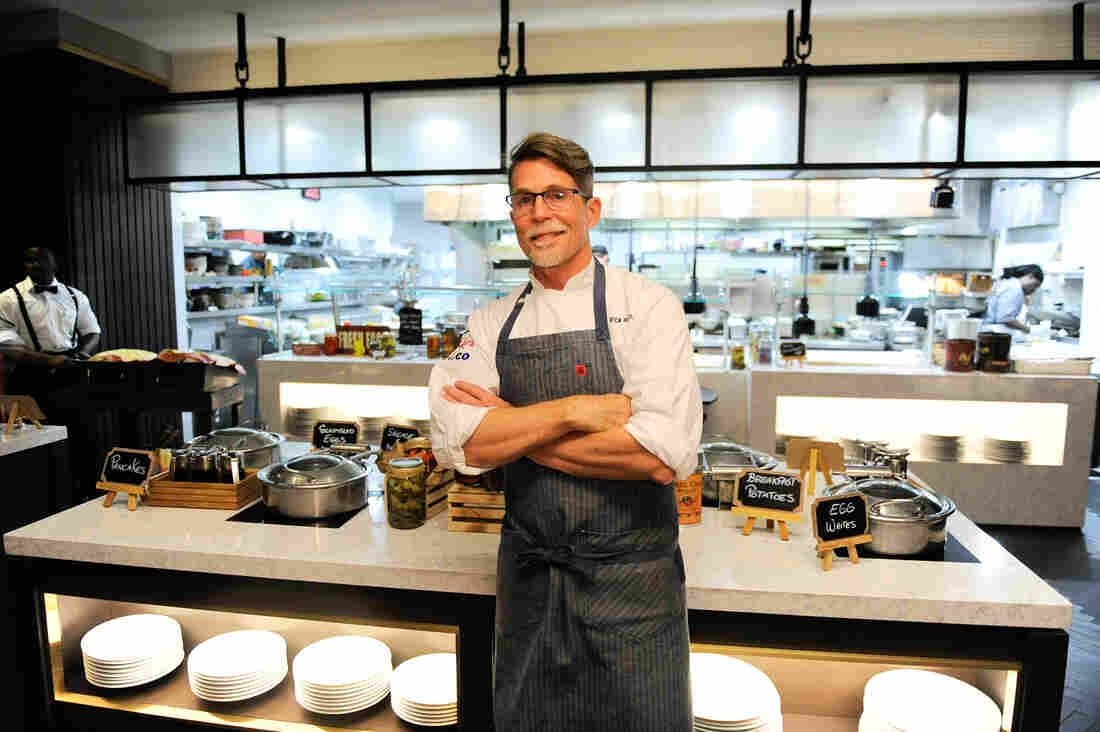 Rick Bayless is a master of Mexican cuisine. He's also a white guy from Oklahoma. Over the years, that has made him the target of criticism. Who gets to be the ambassador of a cuisine? Sergi Alexander/Getty Images hide caption 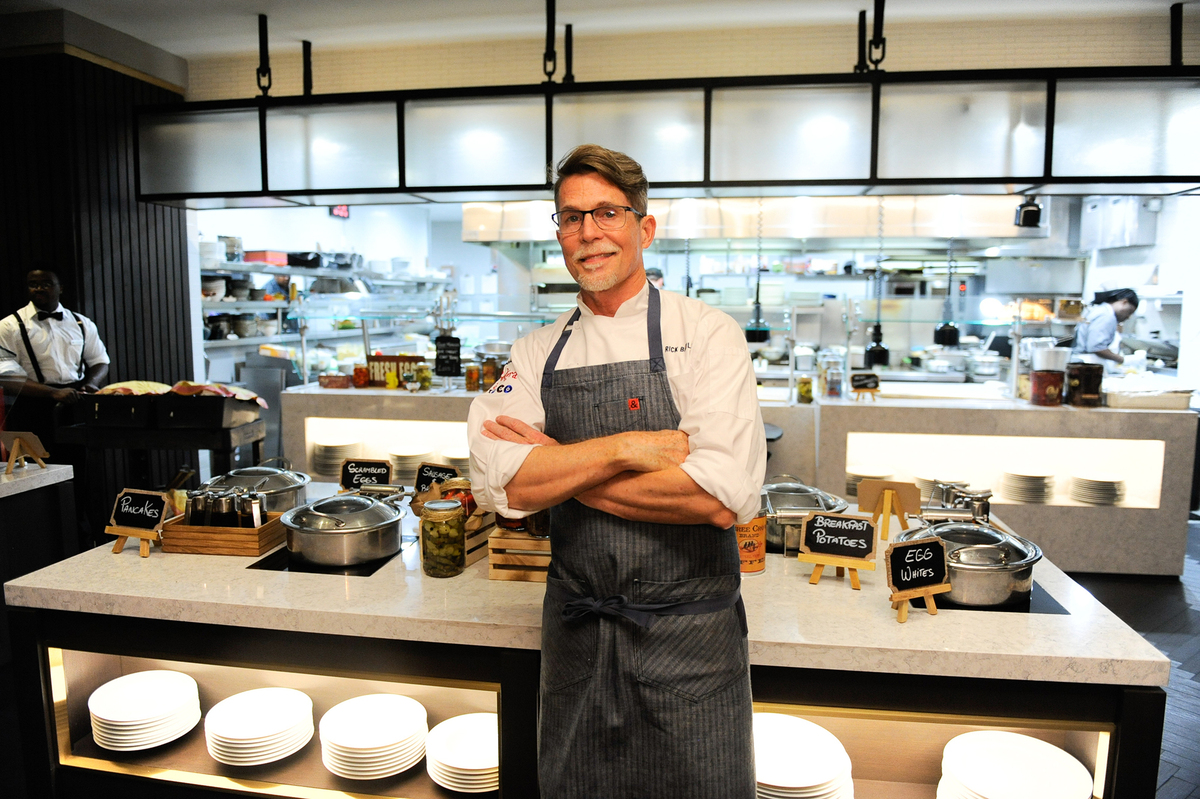 Rick Bayless is a master of Mexican cuisine. He's also a white guy from Oklahoma. Over the years, that has made him the target of criticism. Who gets to be the ambassador of a cuisine?

So you walk into the new Korean joint around the corner and discover that (gasp) the head chef is a white guy from Des Moines. What's your gut reaction? Do you want to walk out? Why?

For some nonwhite Americans, the idea of eating "ethnic cuisine" (and there's a whole other debate about that term) not cooked by someone of that ethnicity can feel like a form of cultural theft. Where does inspiration end? When is riffing off someone's cuisine an homage, and when does it feel like a form of co-opting? And then there's the question of money: If you're financially benefiting from selling the cuisine of others, is that always wrong?

Over at the Sporkful from WNYC, Dan Pashman and his producer Anne Saini are exploring these questions in a series of thoughtful episodes.

The first one released poses these questions directly to a man who has often faced such accusations: Rick Bayless. (Just Google "Rick Bayless" and "appropriation" and you'll get plenty to feast on. Trust us.)

He's considered one of America's premier experts on Mexican food. So much so that, when then-Mexican President Felipe Calderon visited the White House in 2010, Bayless got tapped to whip up the state dinner.

He's also a white guy from Oklahoma. And over the years, that has made Bayless the target of criticism. How does he feel about that? Pashman asked Bayless in this exchange — it's worth listening to (it starts around 22 minutes, 13 seconds in):

Pashman: "There are also other Mexicans and Mexican-Americans who are like, 'Screw this guy Rick Bayless.' So how do you feel when you get that kind of reaction to your work?"

Bayless: "Well, usually people who have that opinion of me don't want to have a conversation. Those people that say it are usually very political, and they have a mouthpiece and they just go around saying it. And everybody thinks, 'Oh, lots of people must believe that.' And honestly, I don't think they do. I know that there have been a number of people out there that criticized me only — only — because of my race. Because I'm white, I can't do anything with Mexican food. But we have to stop and say, 'Oh wait, is that plain racism then?' "

Bayless — who is bilingual and spent years traveling through Mexico, studying regional fare — says his devotion to Mexican cuisine runs deep. "It doesn't come from a shallow understanding; it comes from a deep understanding. I've done everything I can to make it my own," Bayless says.

That argument holds sway with some of his defenders. (Including this really enthusiastic one on Kinja's commenting community: "I'm betting dollars to donuts that Bayless has actually traveled far more extensively throughout Mexico, and speaks better f****** Spanish, than most of the bratty, 3rd, 4th, 5th generation Mexican-American hipsters who talk s*** about him.")

But the question of who gets to be the ambassador of a cuisine comes up again and again. As Francis Lam explored in The New York Times several years ago, there are reasons why chefs with no family roots in a cuisine might succeed in evangelizing that food when immigrants themselves struggle to do so.

"An American-born chef is more likely than an immigrant to have the connections and the means to grab investors or news media attention — even more so if the chef came up through a prestigious restaurant or culinary school or is quick with a witty quote," Lam wrote. And, as outsiders, Lam adds, they may be freer to break from tradition and to subvert expectations than the immigrant chef.

And Deuki Hong, the rising star Korean-American chef, includes a recipe for kimchi fried rice with bacon — "quintessential America," as he calls it — in his New York Times best-selling cookbook, Koreatown, written with Matt Rodbard.

Then there's James Beard winner Jose Garces, an Ecuadorean-American chef. His restaurant empire includes an Argentine joint in D.C. and an eatery in Philadelphia serving New American fare like burgers, duck fat fries and chicken and waffles (a dish with its own loaded cultural history).

So, tell us. When do you think it's OK to cook other people's food? Does it matter to you, as you're sitting there in that new Korean joint, who's running the kitchen? What is lost, if anything, when you eat a cuisine without connecting to the culture behind it?

Share your thoughts in the comments below or shout out to us on Twitter @NPRFood and @NPRCodeSwitch.